Corporal is jailed for four years and kicked out of the Army after beating a colleague unconscious and offering him £3,000 to keep quiet – before gouging a police officer’s eyes and attacking a woman in drunken attack

A British Army Corporal has been jailed for four years after brutally attacking a junior colleague so badly he knocked him out then offered him £3,000 in hush money to keep quiet about the assault.

Corporal David Barry attacked Private Lee Bonehill at their base in Camberley, Surrey, following a drunken night out with colleagues.

Private Bonehill was punched in the face after which he fell to the ground and curled up in a ball as he was kicked and stamped on.

The private, who has been in the Army for six years, told a court martial he pleaded with Cpl Barry to stop the attack as he was in a ‘hell of a lot of pain’ before he lost consciousness.

The court heard Pte Bonehill was offered £2,000 up front to drop the charges plus a further £1,000 once it was confirmed. Cpl Barry – who was described as having a history of drunken violence in court – denied the claim.

It was alleged that another soldier, Corporal Robert Andrew, had also kicked Pte Bonehill during the attack, but he was cleared of assault.

Cpl Barry, also of Royal Logistics Corps, was found guilty of assault occasioning actual bodily harm and admitted a charge of battery for an incident earlier that night.

Cpl Barry was handed a four year prison sentence for grievous bodily harm with intent, battery and assault of an emergency worker at Cardiff Crown Court. 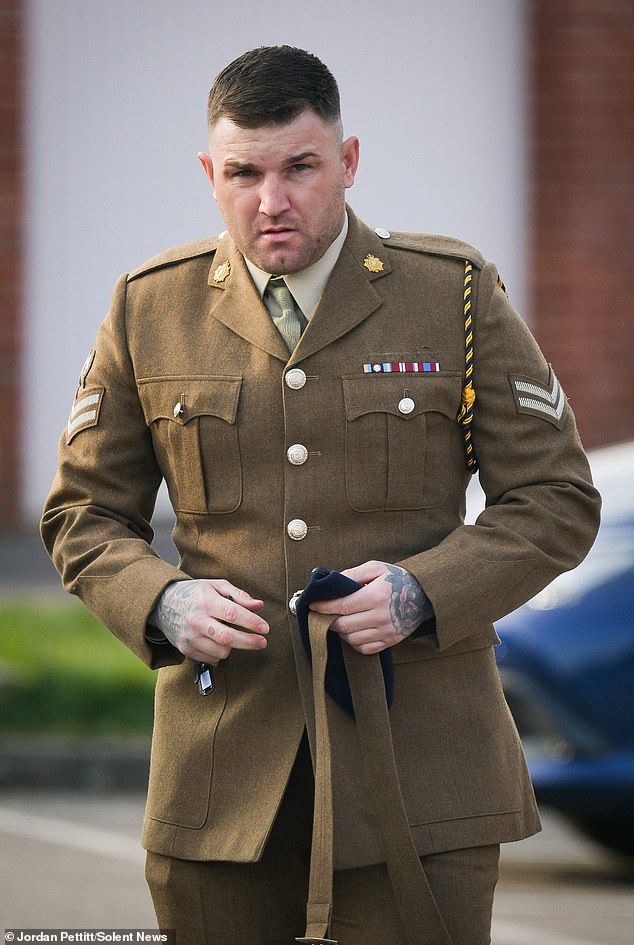 Bulford Military Court, Wilts, heard Cpl Barry had previously chased an emergency worker down a street, knocked him to the ground and gouged his eyes in a drunken attack before being tasered by police in the Welsh capital.

He was also charged with assaulting a female and assaulting a male police constable in a separate spate of attacks dating back to August 2020.

The court martial has now jailed the father-of one for an extra six months, reduced him in rank and kicked him out of the Army.  He was also given 28 days to serve concurrently for the battery.

His trial had heard that on the evening of March 1 2020, Cpl Barry and Cpl Andrew – who did not know Pte Bonehill previously – were drinking with a group in Aldershot, Hants.

The group had been to a pool hall in the town called World of Mouth before heading to The George pub where Barry was described as being ‘aggressive’.

Captain Daniel Lawlor, prosecuting, told the court Barry had been wound up about being the new boxing coach and had punched Pte Bonehill, which was caught on the pub’s CCTV.

Barry claimed it was a ‘pre-emptive strike’ and that he was simply defending himself from what he believed was an imminent attack but pleaded guilty to battery.

After this altercation, the group went their separate ways before Pte Bonehill was approached back at base by Cpl Andrew and Barry. 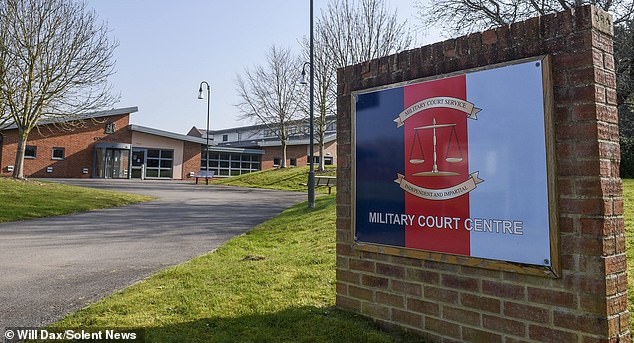 Bulford Military Court, Wiltshire, heard on the evening of March 1, 2020, Cpl Barry and Cpl Andrew – who did not know Pte Bonehill previously – were drinking with a group in Aldershot, Hampshire

The 30-year-old father told the court: ‘They [Cpls Barry and Andrew] were shouting quite loud, they were quite aggressive.

‘One of them shouted “which one of you f**kers punched me?”

‘I was punched with enough force to go to the ground. I was then kicked in the jaw area and had blood in my mouth.

‘I was in a lot of pain. I had a bad feeling that they were not going to stop there so I curled up on the ground in a ball.’

Pte Bonehill said he was kicked up to 15 times before losing consciousness and needing treatment in hospital.

The court accepted Cpl Andrew’s defence that at no point did he punch Pte Bonehill and did not kick him while he was on the ground as he had ‘no skin in the game’.

Following the day of the attack, Pte Bonehill received a Facebook message from Barry’s partner apologising for what had happened, adding that Barry wanted to speak to him, the board heard. 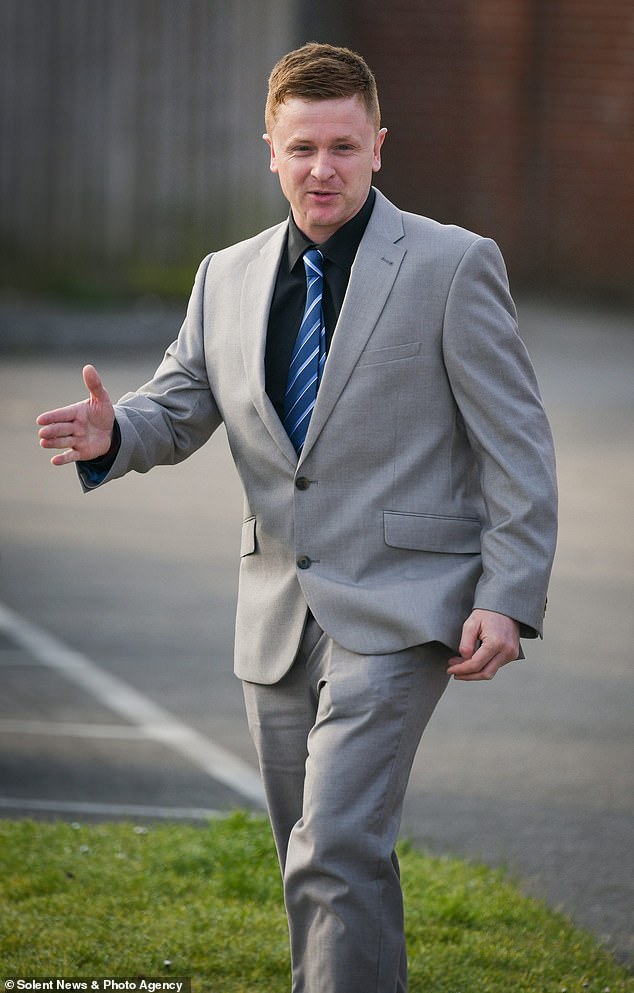 But Pte Bonehill told the court: ‘I refused to speak to him, I was scared in case it was going to carry on.’

He claimed Cpl Barry later came to his room and attempted to bribe him.

He continued: ‘He asked to speak to me to get me to drop the charges. He said he had a lot going on which he needed to go away and he offered me £2,000 in cash.

‘He said he would pay me the rest when the charges were dropped.’

Sentencing Barry, Judge Advocate Jane England said: ‘We do not feel we can ignore that you have subsequently committed a violent act and conclude that you must be dismissed.

‘It is a sad fact that by your own conduct, you have made it certain you will never serve again. We would have reduced your rank in any event.

‘We note that that offence in Cardiff was committed while you were under investigation for these offences.

‘This matter is not insignificant on its own. Due to your rank, you had responsibility towards Pte Bonehill and your behaviour undermined unit cohesion.’