It is a scene of appalling dereliction – an abandoned road that’s been used as an illegal rubbish dump for years.

The thoroughfare just off the A48 in Coedkernew, Newport, is littered with old tyres, household appliances and large pieces of wood.

The area is teeming with so much fly-tipped waste that it can be seen from hundreds of feet high, spoiling the beautiful green landscape which surrounds it.

But the Government is now promising to clamp down on such squalid sites with a £9million war on fly-tipping set to be announced at next week’s Budget. 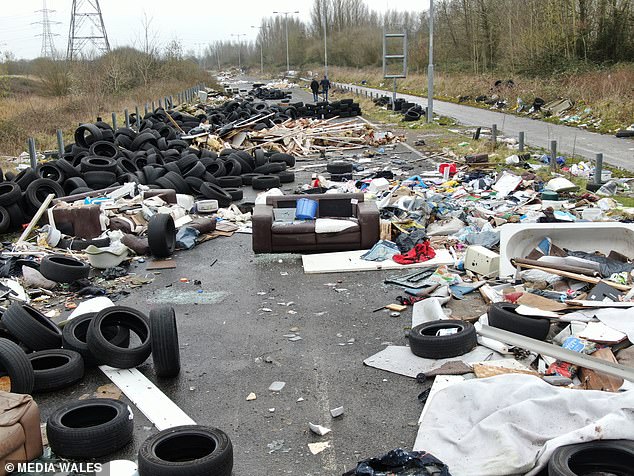 The abandoned tyres, sofas and appliances have been left on a thoroughfare off the A48 in Coedkernew, Newport 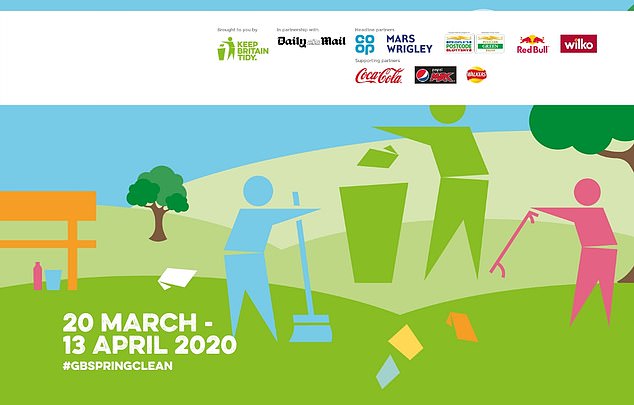 Chancellor Rishi Sunak will unveil plans for a mobile phone app that will allow people who spot dumped rubbish to report it at the touch of a button.

The Budget on Wednesday will also include funding for a new digital database to track waste in an effort to crack down on unscrupulous firms. And Mr Sunak last night also came out in support of the Great British Spring Clean, backed by the Daily Mail.

He said: ‘Fly-tippers are a blight on communities up and down the country, and their selfish actions can ruin parts of our towns and countryside.

‘I know it’s something that Daily Mail readers feel strongly about – that’s why we are committed to doing everything we can to crack down on these unscrupulous individuals.’

A £2million fund will be used to develop a mobile app so that people can easily report fly-tipping in their area.

Members of the public will be able to submit photographs of rubbish dumped illegally on the street, in alleyways or on any private or public land. 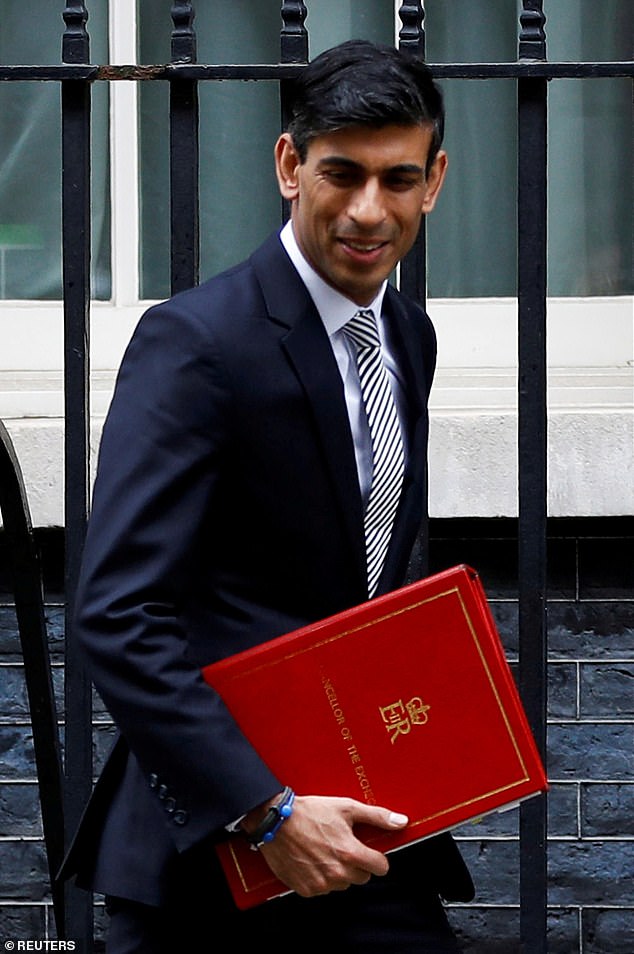 Chancellor Rishi Sunak, pictured outside Downing Street, will promise £9million to help with cleaning up after fly-tippers

The technology will enable local authorities to identify hot spots and better crack down on fly-tipping crooks. It will also help experts at the Department for Environment, Food and Rural Affairs build evidence on what deters people from fly-tipping and could result in installing more CCTV in blighted areas.

The Chancellor will announce £7.2million to fund a digital waste database to replace the outdated paper-based system still used by many disposal companies to track their waste.

By providing a nationwide digital system, it will be easier to track the movement of waste from households and businesses to its end destination.

The Government has already introduced new financial penalties to crack down on fly-tipping. Local authorities and the Environment Agency now have the power to issue penalties of up to £400 to householders who fail to pass their waste to a licensed carrier and whose waste is then found fly-tipped.