A strike ballot opens today among thousands of London Underground workers in a pay dispute, as talks begin to avert industrial action at a leading rail company.

The Rail, Maritime and Transport union said it is balloting 10,000 Tube staff for strikes and other forms of action.

The union said more than a year of negotiations have failed to produce an offer on pay that meets the ‘very reasonable’ demands of the workforce.

The RMT said it is ‘angry and frustrated’ that more than a year of talks has resulted in a stalemate, and called on Mayor Sadiq Khan and Transport for London to lift a cap on pay and allow a deal to be reached. 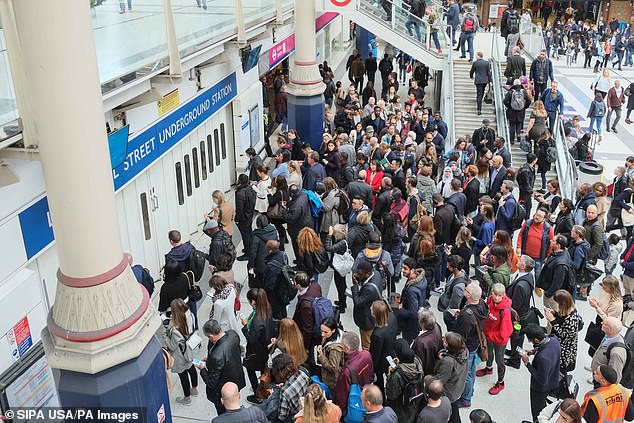 Commuters at Liverpool Street Station struggled to get to their destination on October 5 as workers staged a 24-hour walkout. The dispute was centered around the sacking of an ‘experienced driver’

General secretary Mick Cash said: ‘After over a year of intensive talks aimed at reaching a negotiated settlement on Tube pay, RMT reps are angry and frustrated that London Underground have now stalled that process and failed to come up with an offer that would fully recognise the efforts of their workforce day in and day out.

‘London is a wealthy business centre and those staff who work round the clock to keep the city moving deserve their fair share.’

The ballot result is due at the end of March.

Meanwhile, talks will be held between the RMT and South Western Railway in a bid to resolve the row over guards on trains. 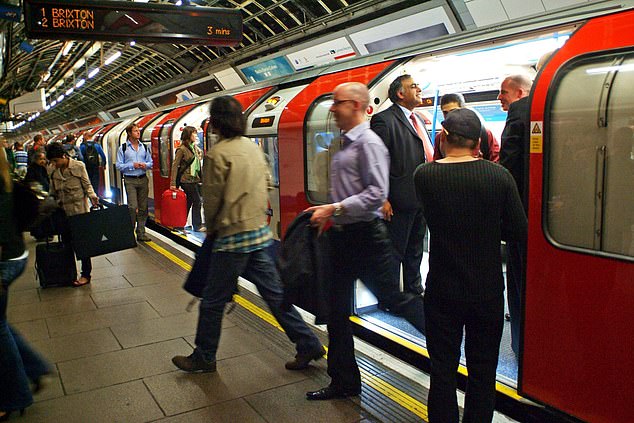 The Rail, Maritime and Transport union said it is balloting 10,000 Tube staff for strikes and other forms of action (pictured, the Victoria Line)

The union held a month-long stoppage in December but called off strikes planned for next week to allow talks to be held.

A Transport for London spokesman said: ‘We have offered a four-year pay deal which guarantees above-inflation rises. It reflects and rewards the hard work our staff do on the network every day while remaining affordable in a difficult financial climate.

‘We remain available to meet to discuss the outstanding issues and seek to avoid damaging strike action.’