Dontae Lavvone Johnson, 29, admitted to police that he physically hurt his children to "take out his stress and frustration”. 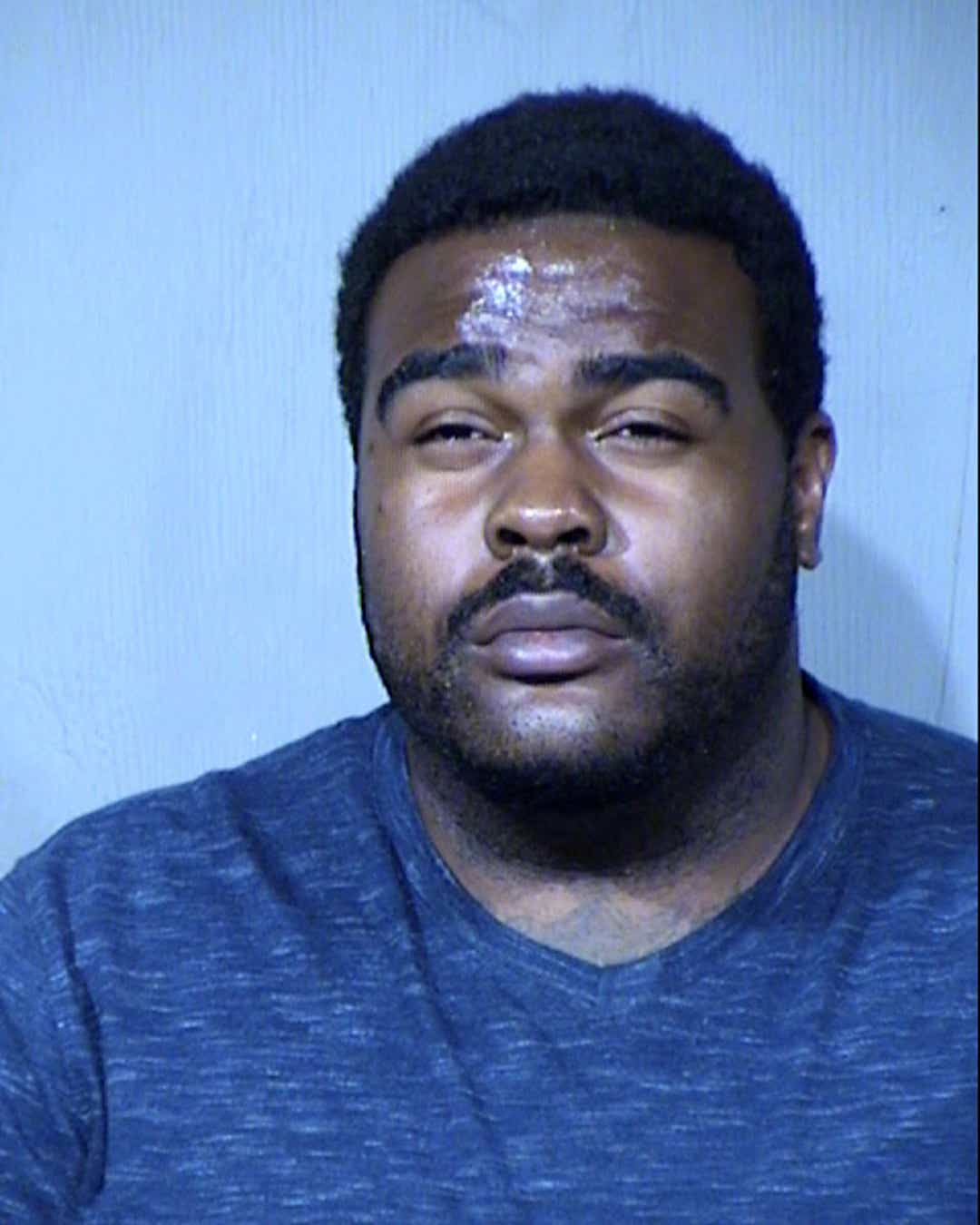 Police were called to Phoenix Children’s Hospital on February 6 after staff reported a case of possible child abuse.

The baby's mother, Johnson's wife, had been out of town for two days and trusted her husband to care for their young kids while she was away.

When she arrived home, she noticed "several concerning medical symptoms" of the baby, but Johnson denied any knowledge as to what could have caused them.

Incredibly concerned, she called for help and the baby was rushed to the hospital in critical condition.

In a voluntary interview with police, Johnson admitted he had "accidentally" dropped the baby on the bathroom floor in the middle of the night.

Johnson told police the baby "stiffened up and threw up several times after the incident," but he did not seek immediate medical assistance or tell his wife.

According to court records, Johnson denied causing any of the injuries "by any type of abuse."

After the baby girl's injuries were discovered, her two siblings, a 3-month-old twin and an 18-month-old boy, were also brought to Phoenix Children's Hospital for evaluation.

The baby girl's twin was also found to have skull fractures, brain bleeds, several broken ribs and a lacerated liver.

The 18-month-old boy reportedly had several broken ribs that were in different stages of healing.

Johnson later admitted to police he had hurt his kids, claiming he was "overwhelmed and overly frustrated by having to care for several children at the same while his wife was gone."

Johnson admitted to squeezing both 3-month-old infants out of frustration and violently shaking them.

He described the shaking as "too hard" as he observed their heads "flying back and forth."

Johnson also admitted to, on several occasions, striking the 18-month old boy "with an open hand strike on his upper back, lower back, rib cage area and lower legs," according to the police report.

Police say Johnson explained how he’d "popping" the boy too hard on several occasions, where by his own admission, “probably caused injury.”

The father was arrested on Wednesday at his west Phoenix apartment and booked into the Fourth Avenue jail.

The police report indicates he was involved with previous child abuse incidents in California.