A HEAD cam has captured the dramatic moment a skier rescued a woman who was trapped and running out of air under the snow after she fell while off-piste.

Will Field, 23, came across the 19-year-old chalet host after he spotted her legs poking out from the snow on a remote rarely-used track. 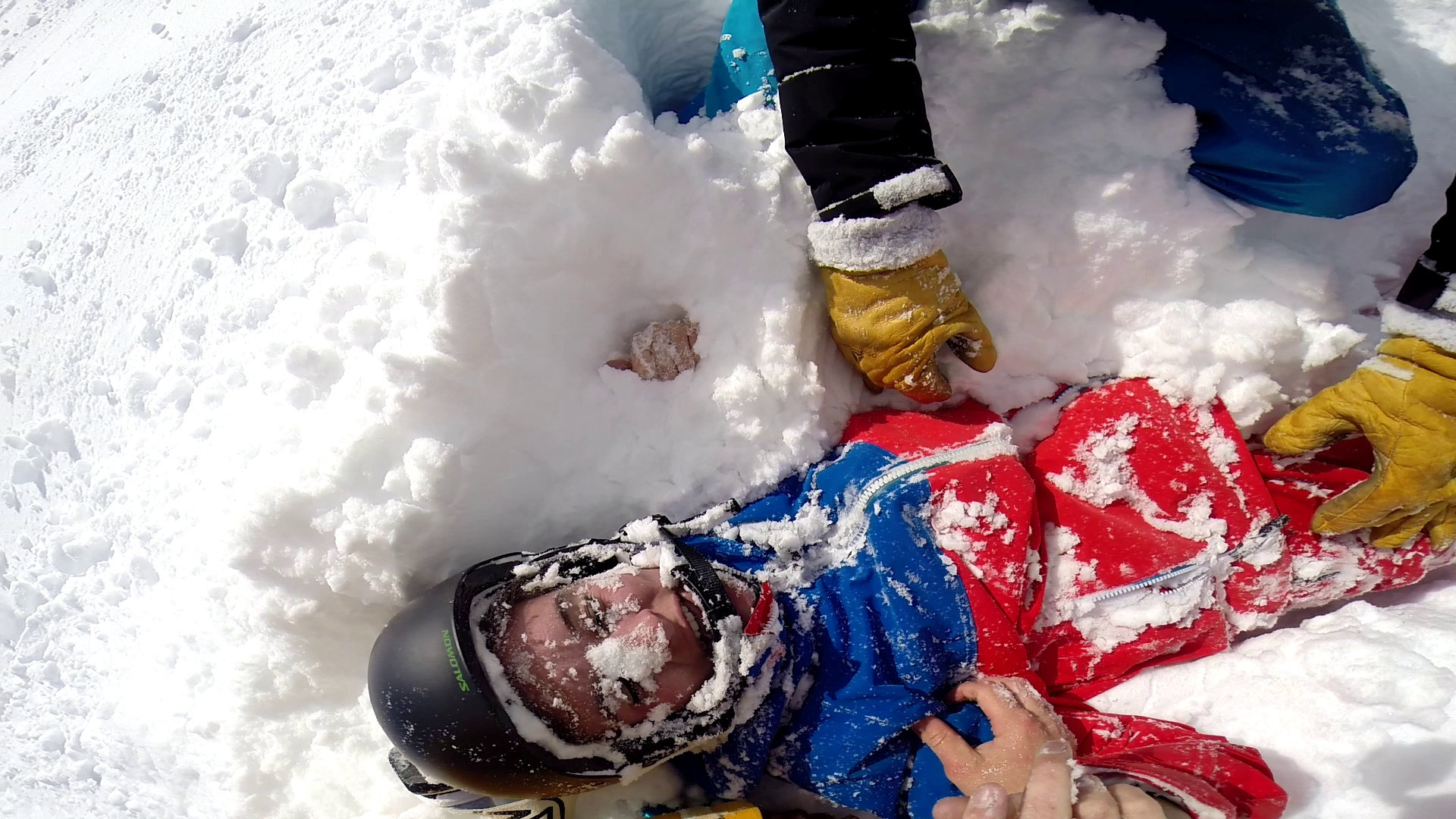 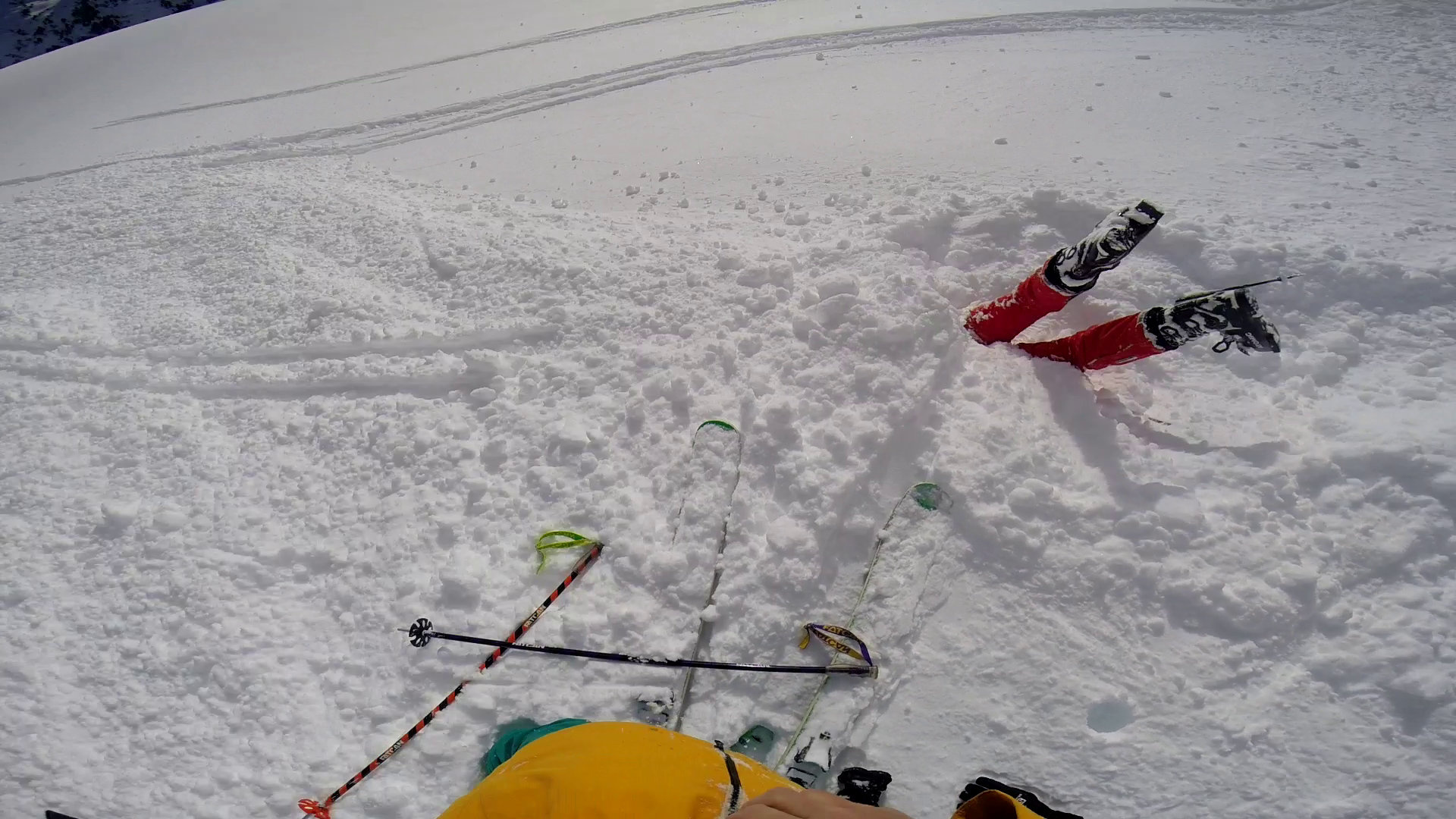 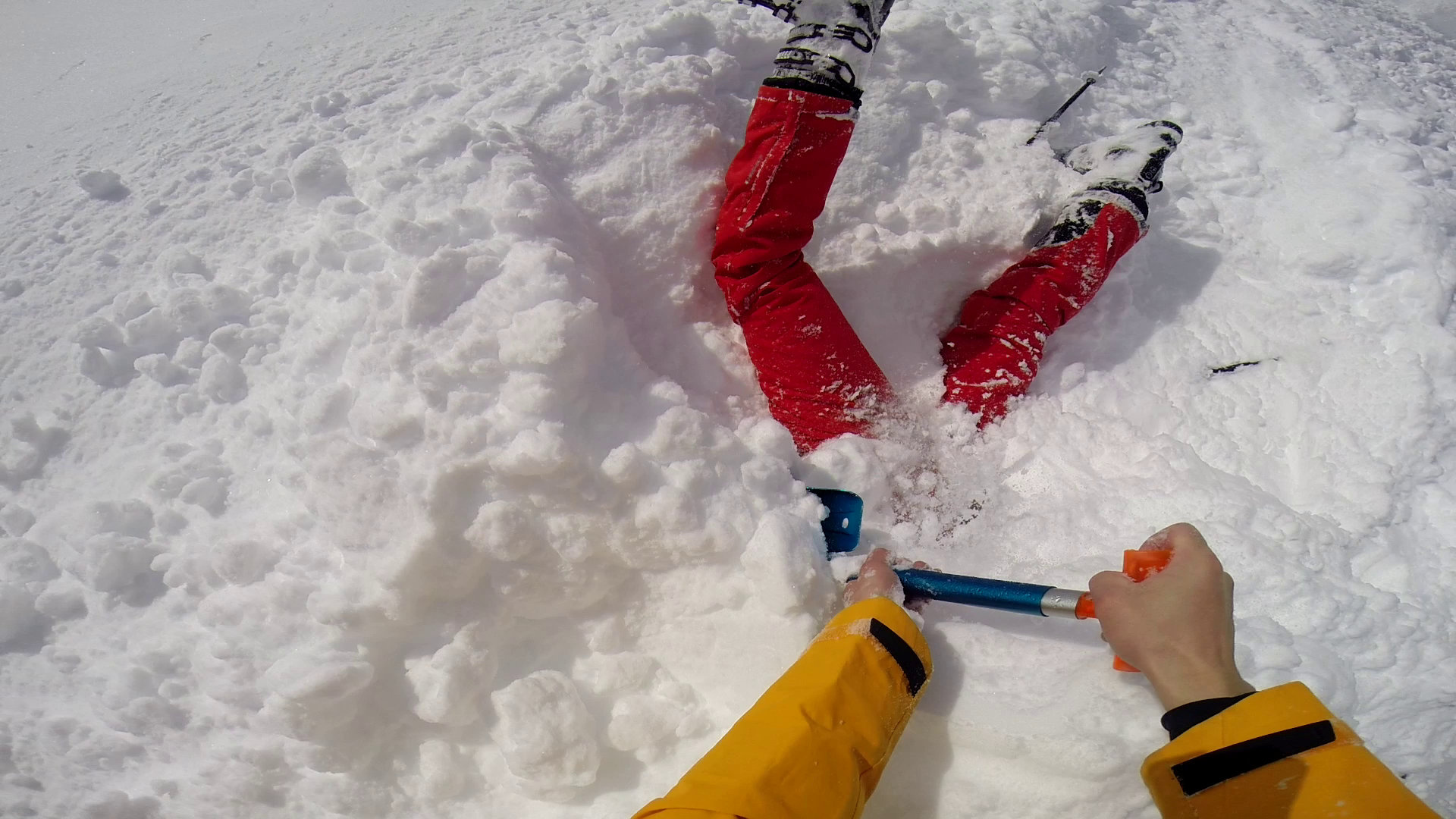 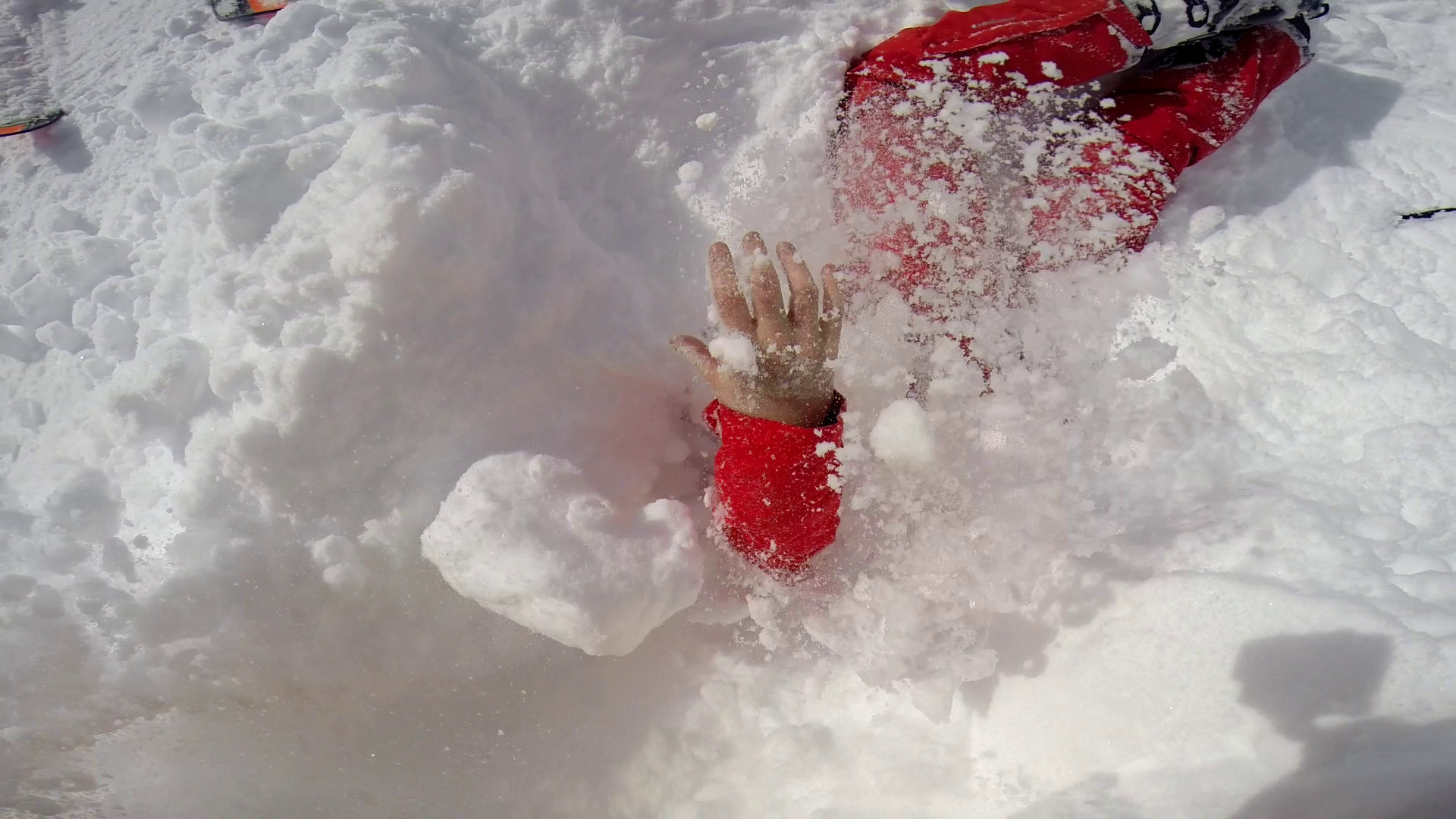 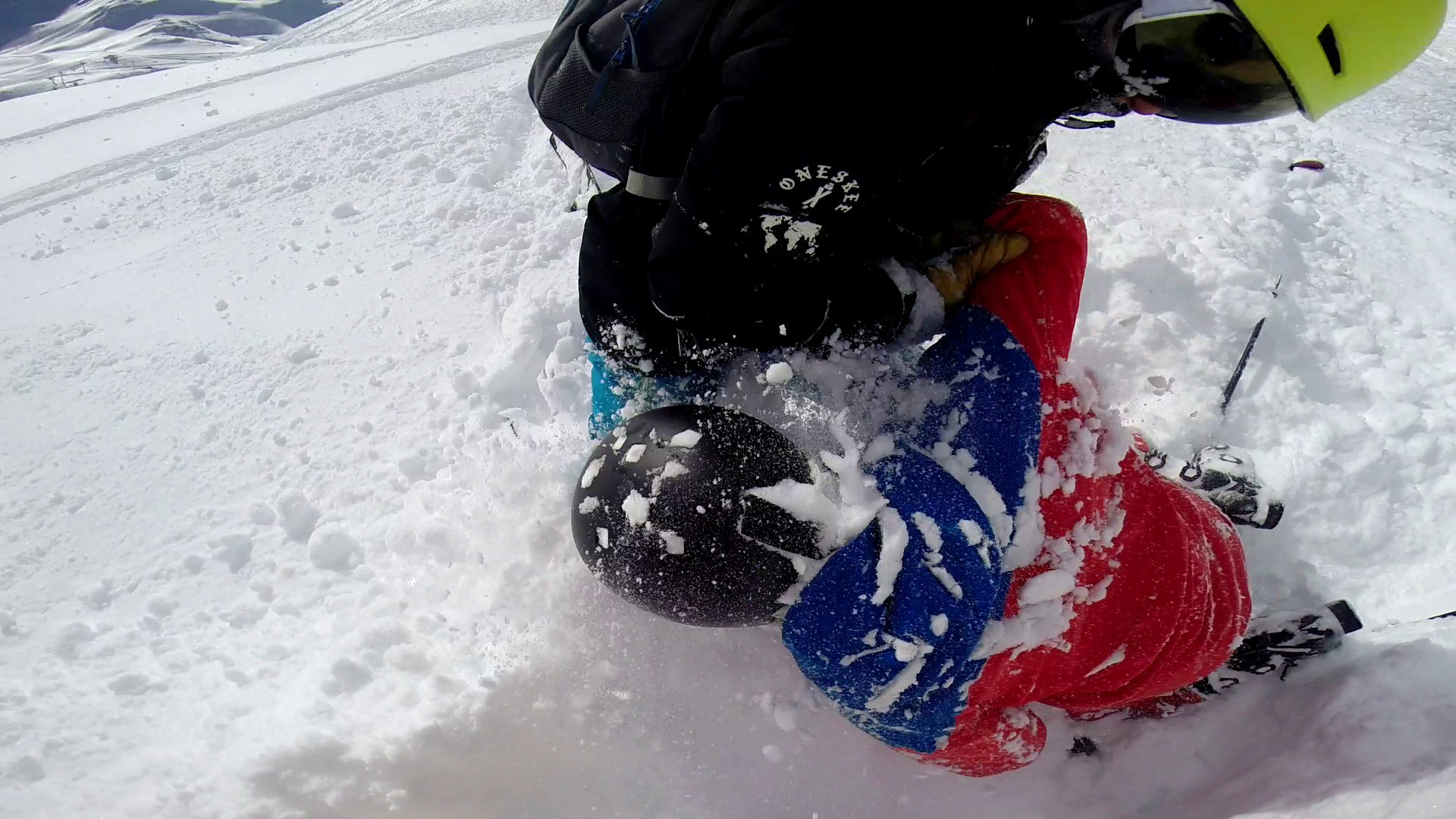 He rushed to her side and worked around her flailing legs to dig her out in a race against time, at the same time as trying to get her to calm down.

Holiday rep Will, from Coventry, West Mids, said his friend had a lucky escape and could easily have died.

She had fallen, been flung from her skis and launched head first into the snow while skiing in Les Arcs, in the French Alps, on Tuesday.

While she was only buried two foot under the snow's surface, she was fast running out of air and unable to free her arms to get herself out.

He said: "The slope we were on was off the beaten track and not used by the public.

"I went down the slope and saw legs sticking out from under the snow."

Will said: "She was more than half a metre under the snow and you could see her wriggling her legs to try to get out.

"But she was completely stuck and could not move. My gut reaction was to just act as quickly as I could.

"Fortunately I had my safety kit and I shouted over another skier to help out.

"She could breathe but there's only so much oxygen under there.

"The snow was really heavy and it could have ended up being a life and death situation. She could have suffocated to death if no one else was there to help."

The buried skier, a chalet host from Cambridge, was part of a group of five resort workers who were enjoying some down time out on the slopes.

Will said she went ahead of the group but tripped, was catapulted from her shoe locks and buried under masses of snow.

She said: "I hit a stiff patch of snow and was flung from my skis head first.

"I was trying to wiggle my arms but I could not get out.

"The next thing I knew Will came up to me and started digging. I was relieved but I started to panic.

"I have no idea what I'd have done if he wasn't there to help."

Video footage from Will's head cam shows the moment he skied down the side of a mountain.

A pair of legs was spotted sticking out from the snow and skied quickly to her side.

He unbuckled his skis and pulled out an emergency snow shovel from his rucksack to dig her out.

Will has been based in the French Alps for four months and said incidents like this show why it is so important to carry safety equipment when skiing. 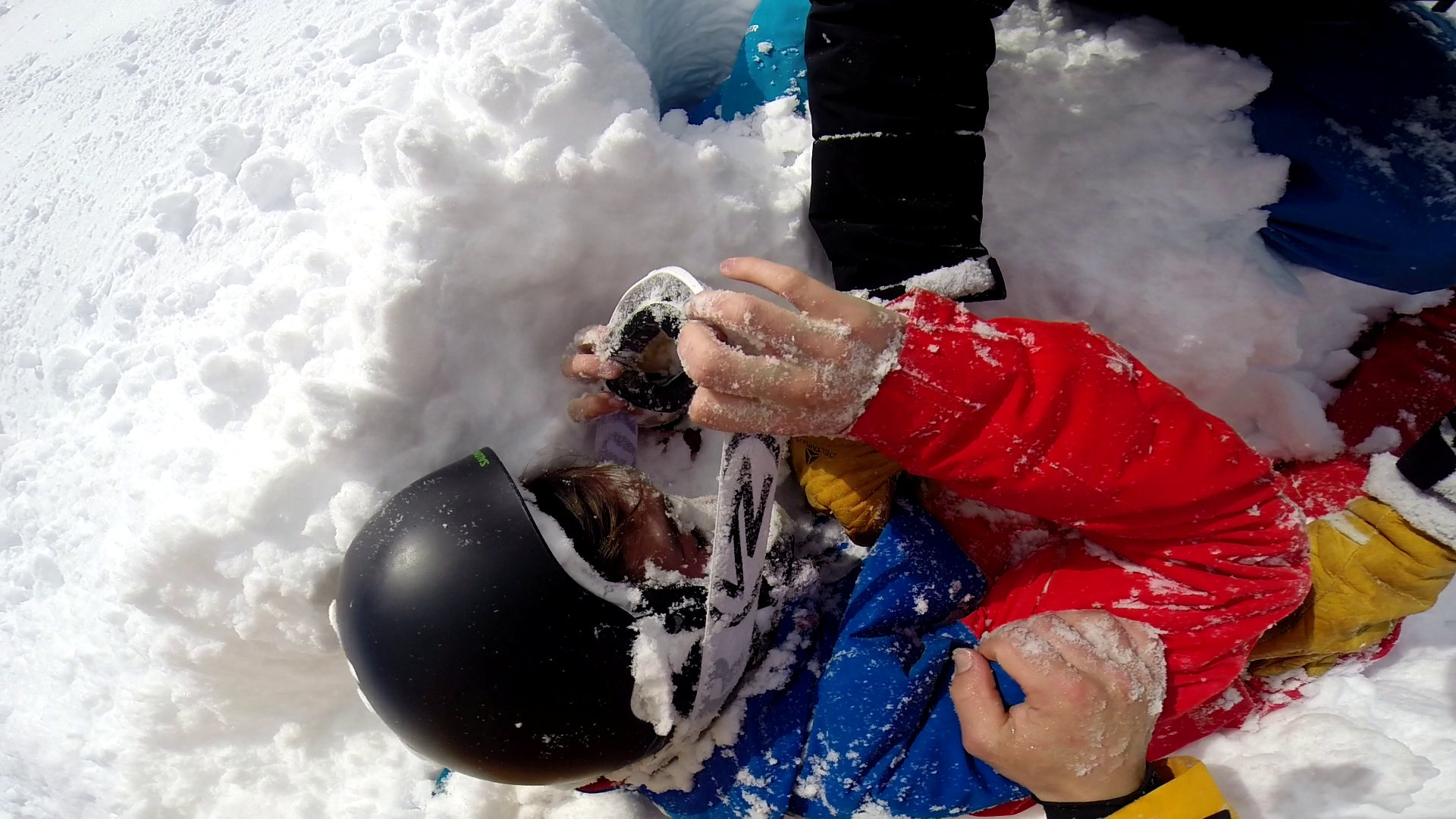