THIS fed-up worker spectacularly quit his job and wrote a very rude resignation letter to his boss – on LOO ROLL.

The peed-off employee seemed to have forgotten the memo on keeping it clean when exiting a role and instead relied on toilet humour, quite literally. 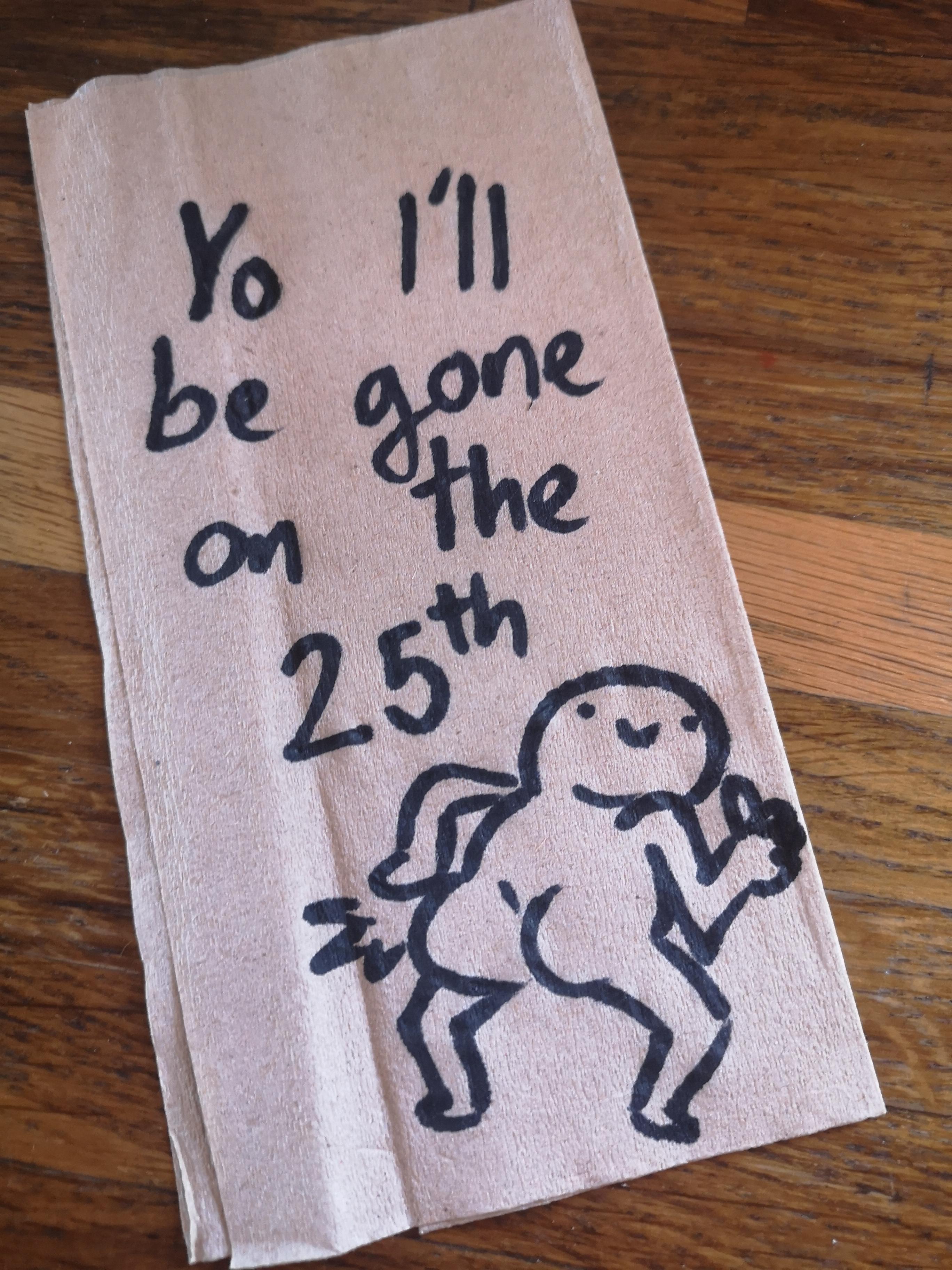 Reddit user Lewis shared a snap of his unorthodox departure notice that lacked any formality but proved very funny.

The sheets of toilet paper, folded over for extra thickness, are emblazoned with the words: "Yo, I'll be gone on the 25th."

But it's the illustration that really got his fellow Reddittersflushed, as Lewis scrawled a bare-bottomed figure sticking his thumb up while seemingly making a run for it in the opposite direction.

The hilarious illustration had some social media users in stitches, while others were keen to get to the bottom of Lewis' claim about how he was leaving his job.

He explained: " I only have to give 2 weeks notice but the extra couple of weeks is just to help out my boss."

But not everyone saw the funny side of the toilet roll bulletin, with some Reddit users blasting the employee's lack of professionalism.

Others warned the letter would likely be placed on his permanent file, while a few questioned the wording of the resignation.

One joked: "It reads to me that you have a proctology appointment on the 25th."

While another added: "Just make sure you print and sign it. Also, it sort of looks like you're just notifying them you want the day off for pooping."

But Lewis was quick to wipe down the judgements, explaining: "Don't worry, it's a really chilled job and I'm friends with the boss. He thought it was hilarious."

Some Reddit users said they were impressed by the worker's resourceful and artistic approach to resigning.

One user said: "As someone changing jobs soon…I'll take this tip!"

Another chimed in: "I'm so excited to hand in my two weeks at my retail job when I'm done school, I'm gonna do this."

And a third commented: "As a person who works in HR, I f***ing love this. This is more professional than some of the ones we get."

One irked employee had the amusing idea to hand her boss a bereavement card with "sorry for your loss" written on it – before adding inside: "It’s me, I leave in two weeks."

Electrician Amber said she was "treated like s**t" by her boss and came up with the rib-ticking resignation idea.

And one Tesco worker donned a suit and tie to read out his resignation letter after bosses insisted on him giving them formal notice.

The man roped in a pal to untie his wax-sealed resignation letter and let the entire shop hear his reasons for leaving.