THE Vatican confirmed today has tested positive for coronavirus amid fears for the Pope's health.

The discovery has brought the COVID-19 virus right to the heart of the capital of Italy, which has so far infected 3,858 people and killed 148 people. 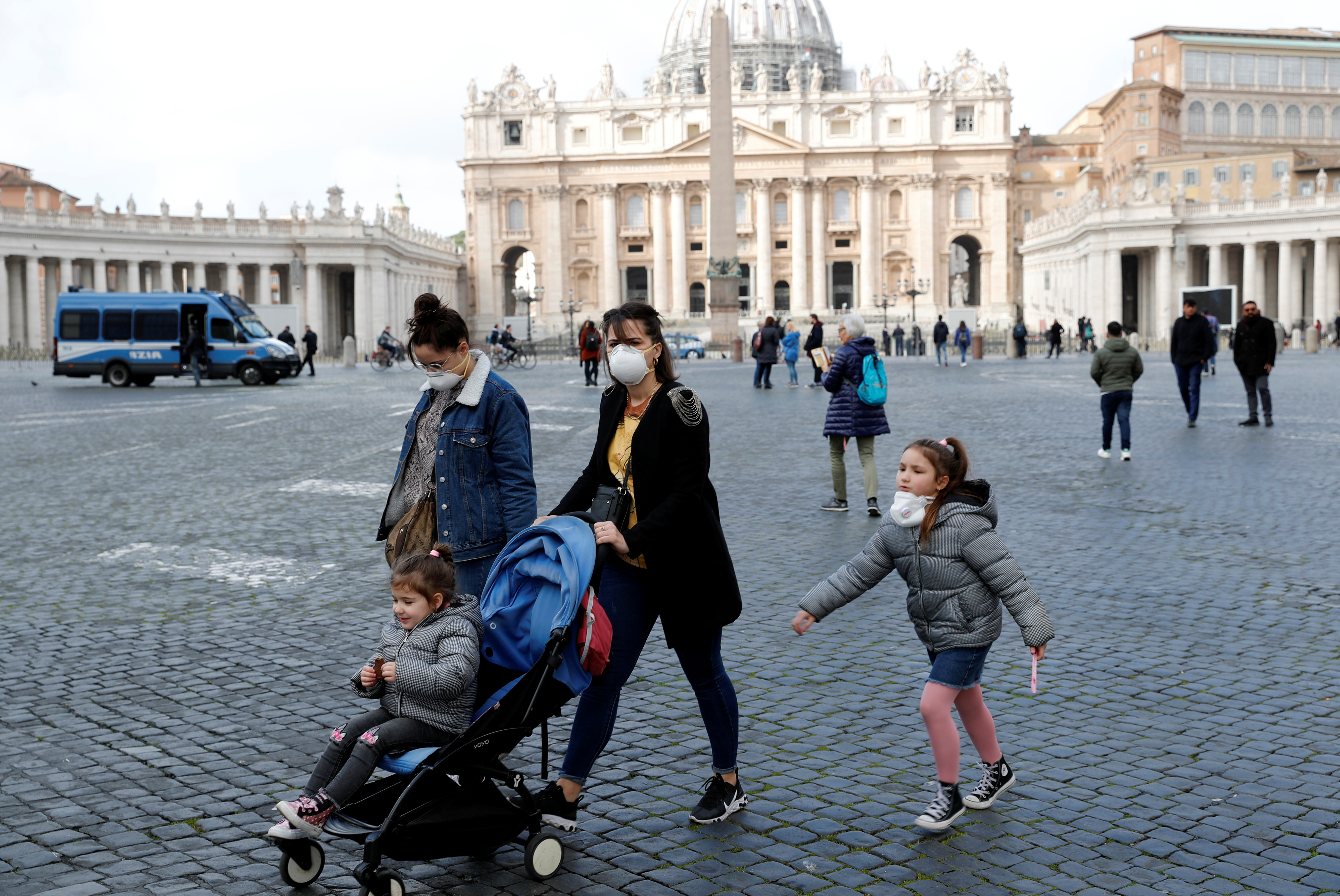 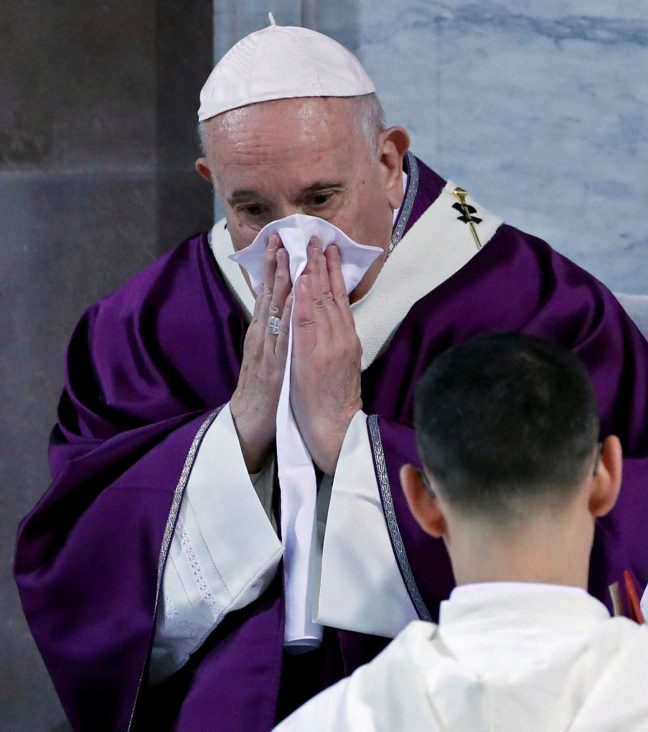 Worldwide there are nearly 100,000 cases with 3,383 deaths, although these figures are feared to underestimate the reality.

Most Vatican employees who use its health services live in Italy on the other side of the border with the 108-acre city state.

It comes amid fears for the Pope's health after the 83-year-old cancelled most his audiences last week, and also called off a week-long Lent retreat that had been due to begin on Sunday.

Tests so far have found he does not have the bug which is potentially lethal for older people.

During an Ash Wednesday service in St Peter's Basilica last week, the Pope was seen blowing his nose, coughing, and rubbing his eyes.

Footage showed him coughing and sneezing while delivering a blessing in St Peter's Square at the Vatican on Sunday after four days out of the public eye.

Referring to the Lent retreat during the address, he said: “Unfortunately a cold will force me not take part this year. 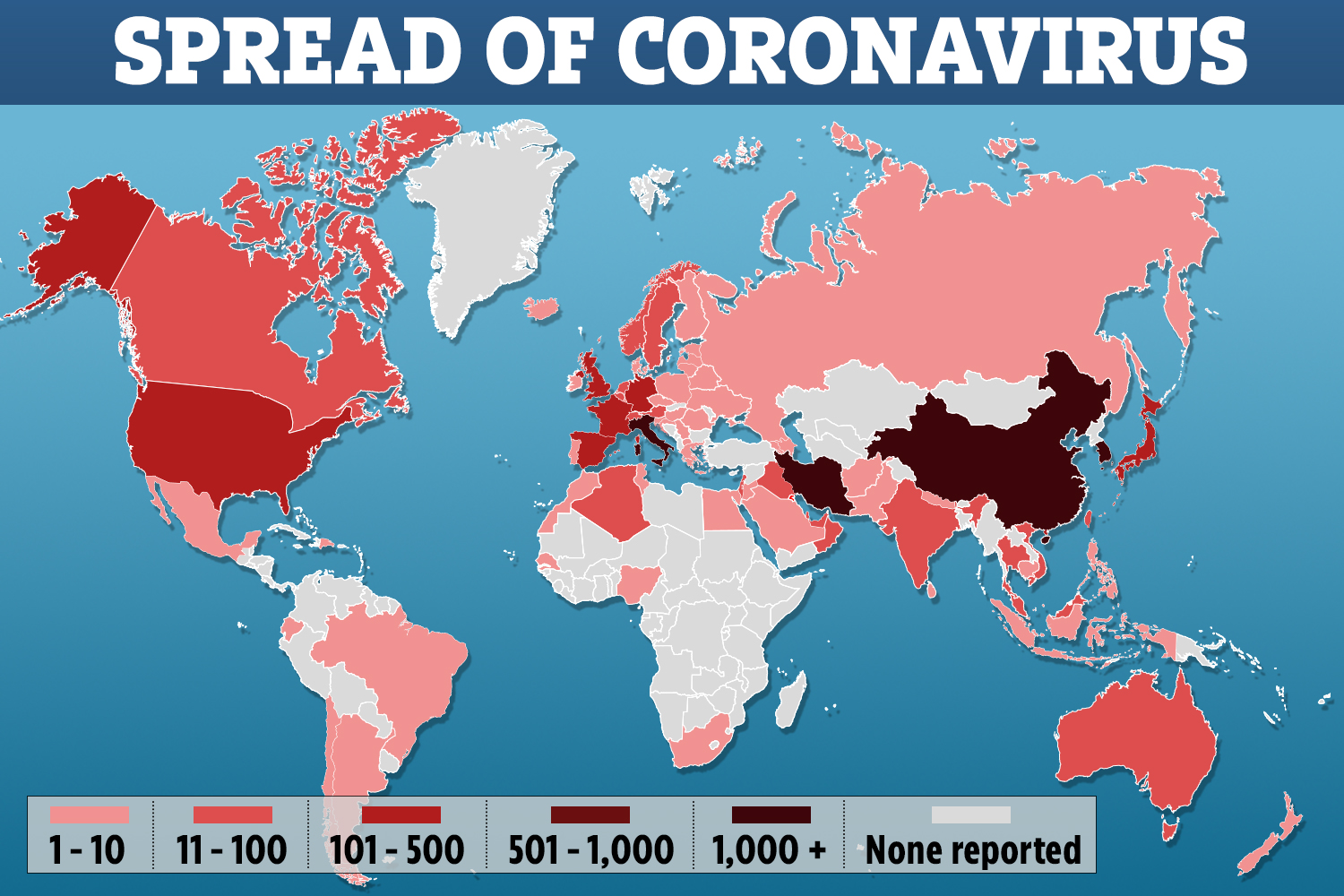 The pontiff lives in an apartment in a block inside the walls of Vatican City.

A spokesman had previously said the pope was of a "light indisposition", though declined to say whether he would be tested for coronavirus.

He has now been tested and found not to have contracted it, Italian newspaper Il Messaggero reported.

The Vatican had no immediate comment on the report.

The Argentine Pope has broadly enjoyed good health, though decades ago had part of one lung removed after suffering TB and also suffers from sciatica, which makes it more difficult for him to walk.

For the latest news on this story keep checking back at Sun Online.

Thesun.co.uk is your go to destination for the best celebrity news, football news, real-life stories, jaw-dropping pictures and must-see video.