Five members of prison staff have been killed by coronavirus as well as 15 prisoners, Justice Secretary confirms

Five members of prison staff and 15 inmates have died of coronavirus across Britain, it was revealed today.

A total of 293 prison workers have contracted the virus and 321 inmates, as of 5pm on Saturday.

He told the House of Commons justice question time stocks of protective bodysuits are running low, but eyemasks, eye shields and hand sanitisers are in plentiful supply.

Rachael Yates, 33, a prison officer who worked in Monmouthshire, Wales, is among the five workers who have died. 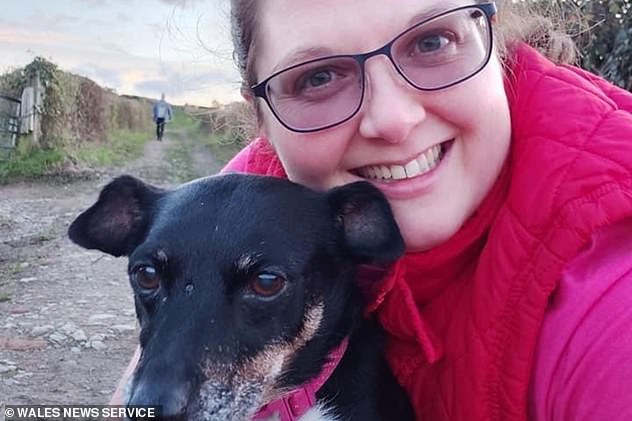 Mr Buckland said: ‘We are currently running low, however, on coveralls. There is a shortfall in the low thousands. We have a large delivery on order and it is expected this week or next.’

After Ministry of Justice officials decided to release low-risk prisoners with less than two months remaining of their sentences, Mr Buckland confirmed 33 have been freed so far.

He said the freeing of non-violent inmates in that category has been ‘careful and slow’.

Defending the decision, he added: ‘It’s a scheme that I did not embark upon lightly.

‘It is the result of very careful risk assessment, so that we want to minimise any risk to the public, and of course it’s coupled with the reduction that we’ve seen in prison places and prison capacity of about 3,000, which to my judgement and the judgement of those who advise me, is already making a big difference in creating the space that we need in order to increase compartmentalisation and to reduce the spread of the virus.’

Mr Lammy hit out at the idea of ‘locking people in their cells for 23 hours a day’ in a bid to stem the spread of the virus among Britain’s prison population.

Mr Buckland responded by saying 2,000 prison staff have been referred for testing, with ‘hundreds’ who have already gone through the process. 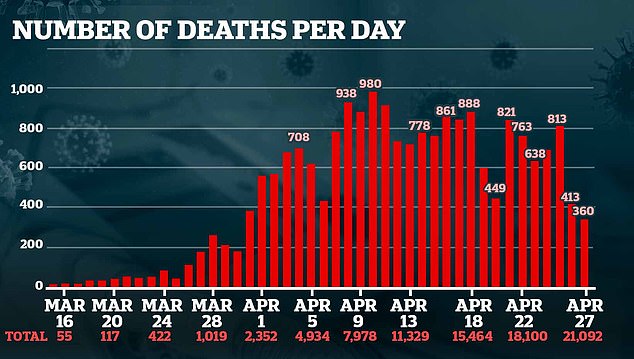 He added: Mr Buckland responded: ‘Prison staff were made a priority by (Matt Hancock) and I’m grateful to him for that, and that of course includes probation staff as well.

‘In addition, HMPPS were invited to use some of the available NHS testing capacity for our prison and approved premises staff, and that is prior to the full roll-out plan.

‘So, over the past two weeks we have referred over 2,000 staff for testing and some hundreds have already had direct access to this.’

Last week, it was revealed that 33-year-old prison officer Ms Yates was among the five jail staff in the UK to have died of COVID-19.

Ms Yates started her role at Usk Prison in Monmouthshire just 18 months ago and had formerly been a post office worker.

She died last Monday after becoming ill with the virus and her family have now said she ‘put up one hell of a fight’ against it.

The Prison Officers’ Association said her death ‘highlights the risks that brave officers’ face on a daily basis.