Harry Houdini’s ‘trick’ steel crate he used in his infamous underwater escapes goes up for auction for $70,000

Harry Houdini’s ‘trick’ steel crate which he used for his daring underwater escapes has emerged for sale for at most $70,000.

The illusionist boxed himself into the claustrophobic 28in by 36in container which he had to get out of and reach the surface.

It has a solid lid which was designed to be padlocked to his body, with small holes on each side to let water gush in. 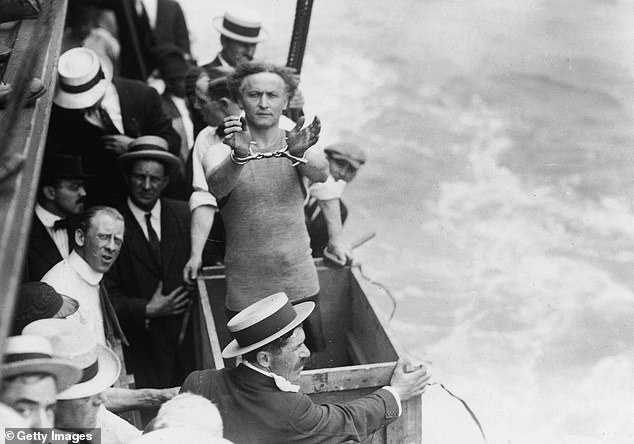 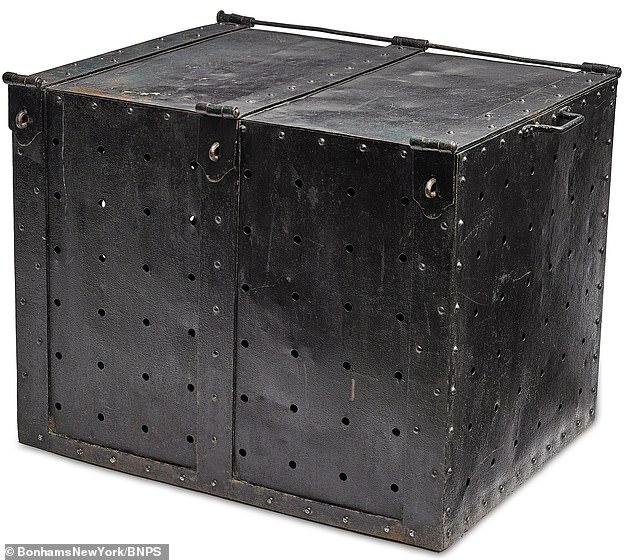 But all was not as it seemed as the crate actually has a sliding trap door on the bottom he was able to get through.

This crate, which was used in the 1953 bio-pic film Houdini starring Tony Curtis, is going under the hammer with auctioneers Bonhams in New York. It will sell between $50,000 to $70,000.

Following Houdini’s sudden death aged 52 in 1926, his wife Bess sold the crate and other possessions to ‘mentalist’ Joseph Dunninger. 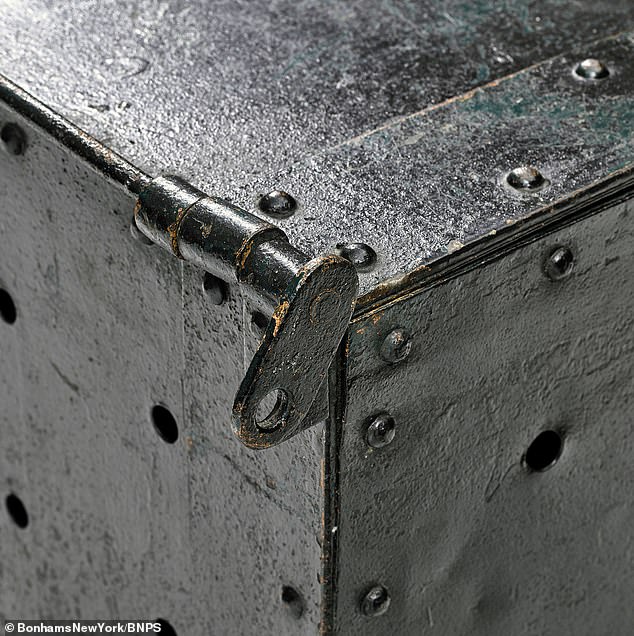 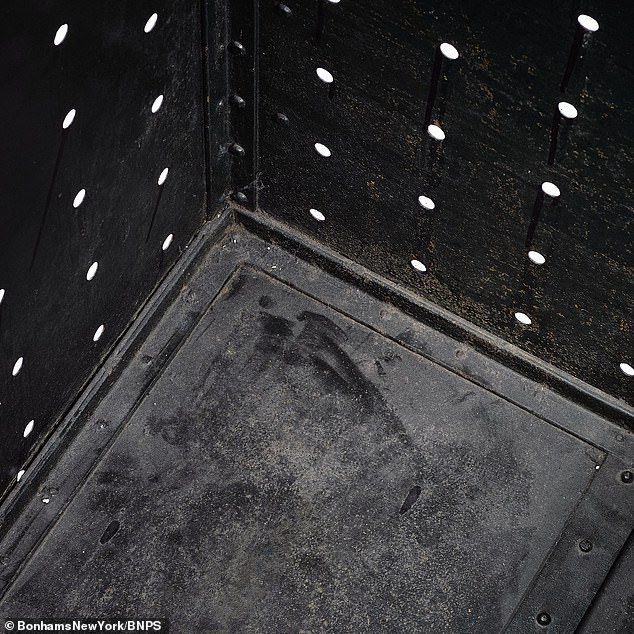 It also went on display at the Houdini Magical Hall of Fame in Niagara Falls, Canada, before being sold to the present owners in 1999.

A Bonhams New York spokesperson said: ‘This crate, which has a sliding ‘trap door’ on the bottom through which the illusionist could make his escape, boasts an amazing pedigree and history. 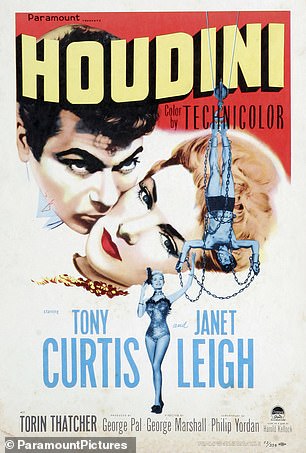 ‘We can say with confidence that it was part of Houdini’s estate and Dunninger who was reportedly close to Houdini and his wife Bess purchased it from her after his death.

‘The crate appears in the 1953 film Houdini starring Tony Curtis.

‘The Amazing Dunninger was hired as creative consultant on the film, and the crate is clearly visible in the overboard escape sequence in the film.

‘The perforations on the steel crate make for a dramatic scene as the water pours out in torrents while the crate is pulled up from the bottom of the river.’

Hungarian born illusionist Houdini became a global star for his daring feats of extrication from shackles, ropes and handcuffs.

His signature stunts included being buried alive, escaping from straitjackets under water and freeing himself from being suspended in mid-air. The sale takes place Friday.