Do you have a license for that? Hilarious moment woman drives tiny TOY Jeep to the grocery store

Doing a big load of shopping may be a little difficult for this woman who popped to the shops in a child’s pink Jeep.

A driver captured the moment the woman returns to the children’s car in a Kwik Star parking lot in Shell Rock, Iowa.

She places her items in the trunk compartment of the toy Jeep Wrangler, hops in and drives off down the road in the comical clip. 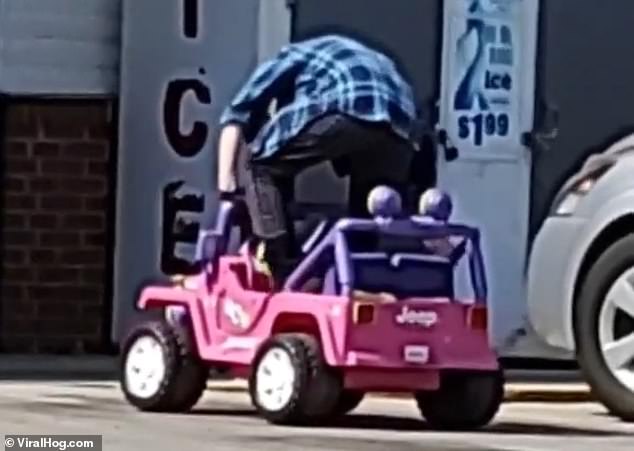 In the hilarious clip, recorded in Shell Rock, Iowa, the woman places her items from the grocery store in the trunk compartment and drives out the parking lot 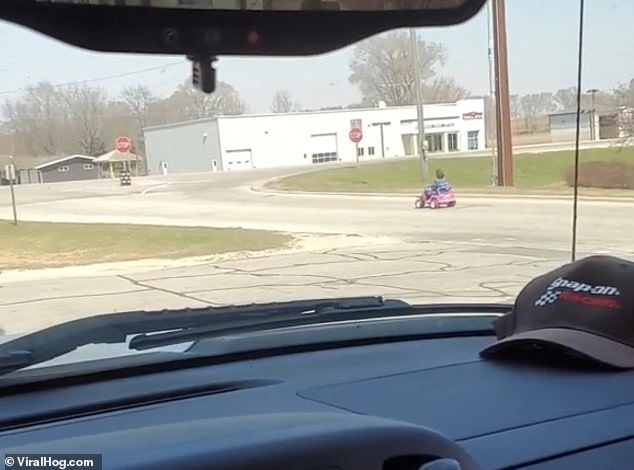 The video shows the toy car driver placing her two items in the box in the back of the toy Jeep, tapping them in to make sure they don’t fall out, before climbing inside.

Making sure she is clear to maneuver, the driver, wearing a face covering, turns her head to look both ways behind her before reversing out of the space.

The video, recorded on April 3, then cuts to the woman driving the pink children’s car down the street without a care in the world.

Toy Jeep Wranglers typically cost around $200 to $300 to buy, compared to the latest basic adult version which costs $28,295. 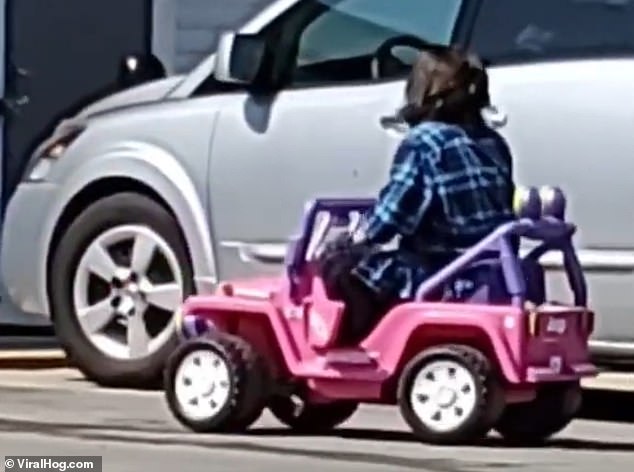 When reversing out of the space, the driver, wearing a face mask, looks left and right before pulling out

The unnamed driver who spotted the unusual scene said: ‘I was putting gas in my truck at my local Kwik Star in Shell Rock, Iowa.

‘As I looked over an adult was pulling in the parking lot driving a child’s power wheel.

‘I didn’t get my phone out fast enough at first, so I waited for her to come back out and take off.

‘I snapped the video of her getting in and going on her way and thought it was hilarious.’