THIS is the terrifying moment a train crashes into a packed bus on a level crossing in Thailand killing at least 17 people and injuring dozens more.

Rescue teams are now working to free those trapped inside the mangled wreckage of the rail tragedy which happened in Chachoengsao province, around 50 miles east of Bangkok, this morning. 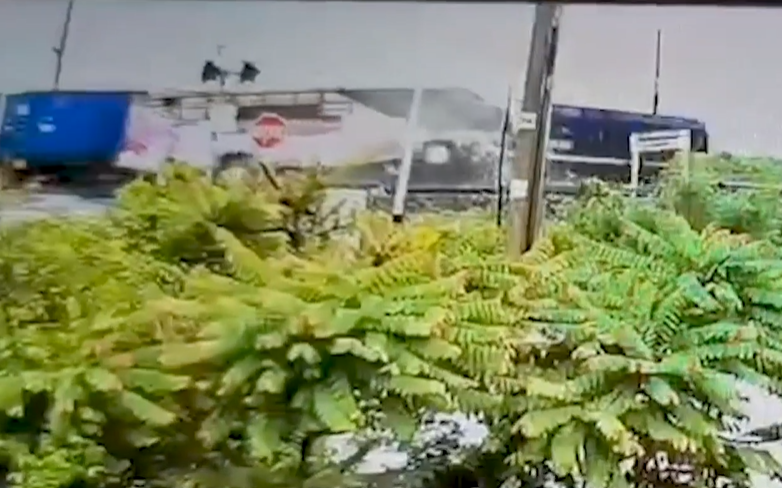 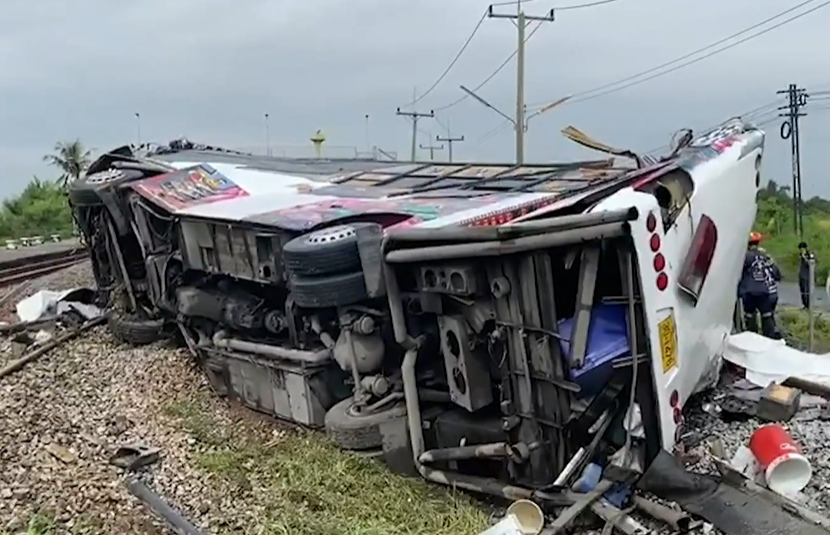 On board the coach were 60 factory workers who were travelling to a Buddhist temple in Samut Prakan province to pray for good luck.

The collision happened when the bus driver went over an unguarded crossing while the train was approaching.

There was rain at the time possibly reducing visibility, say reports from the scene.

The driver reportedly failed to hear a horn being sounded by the oncoming train and the two vehicles collided. 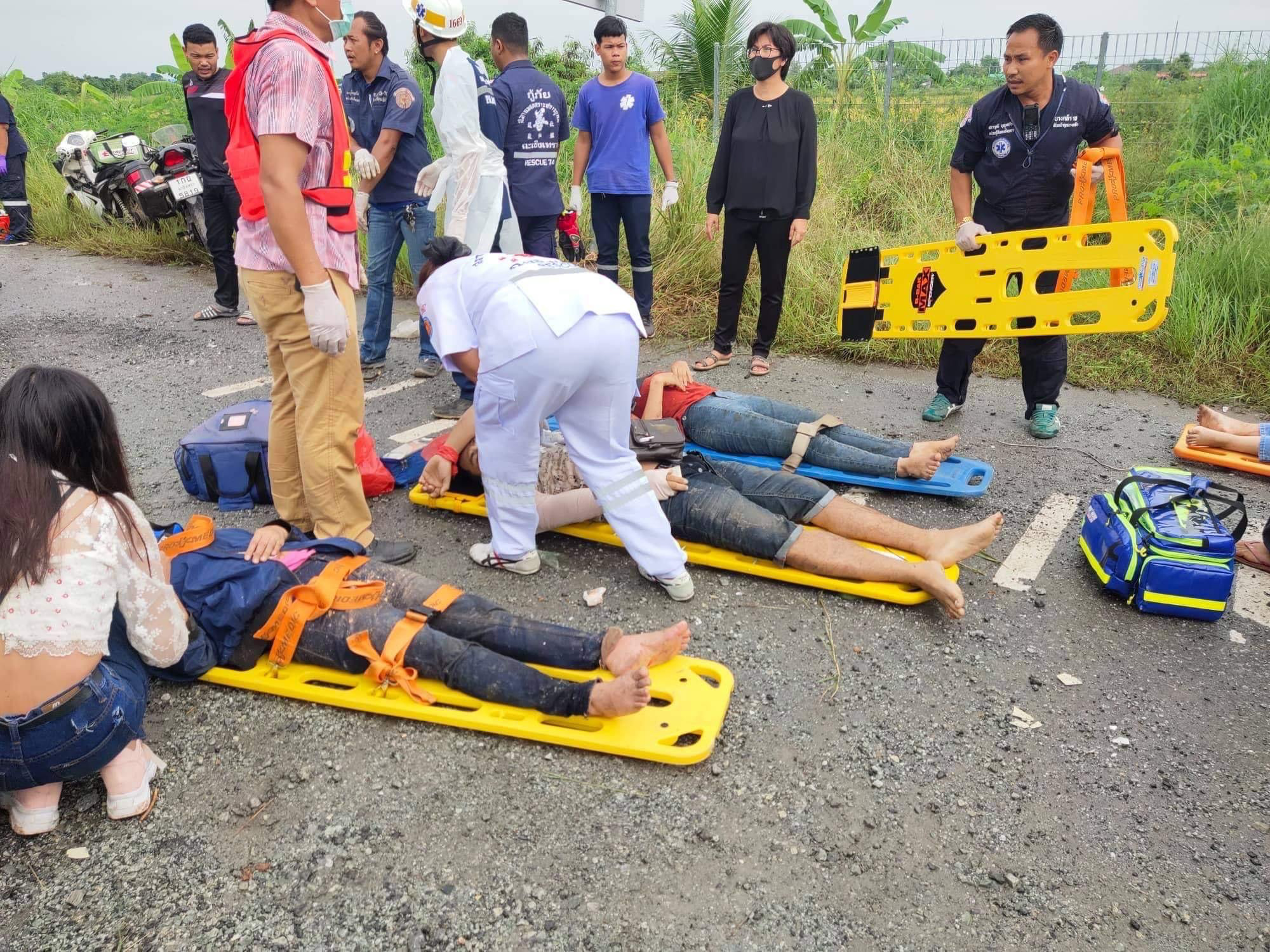 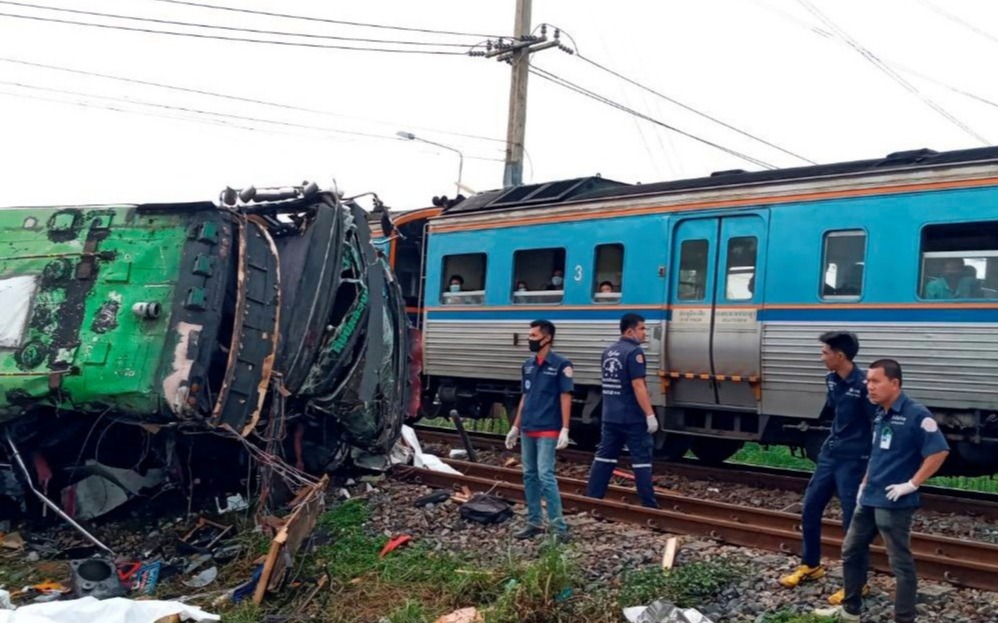 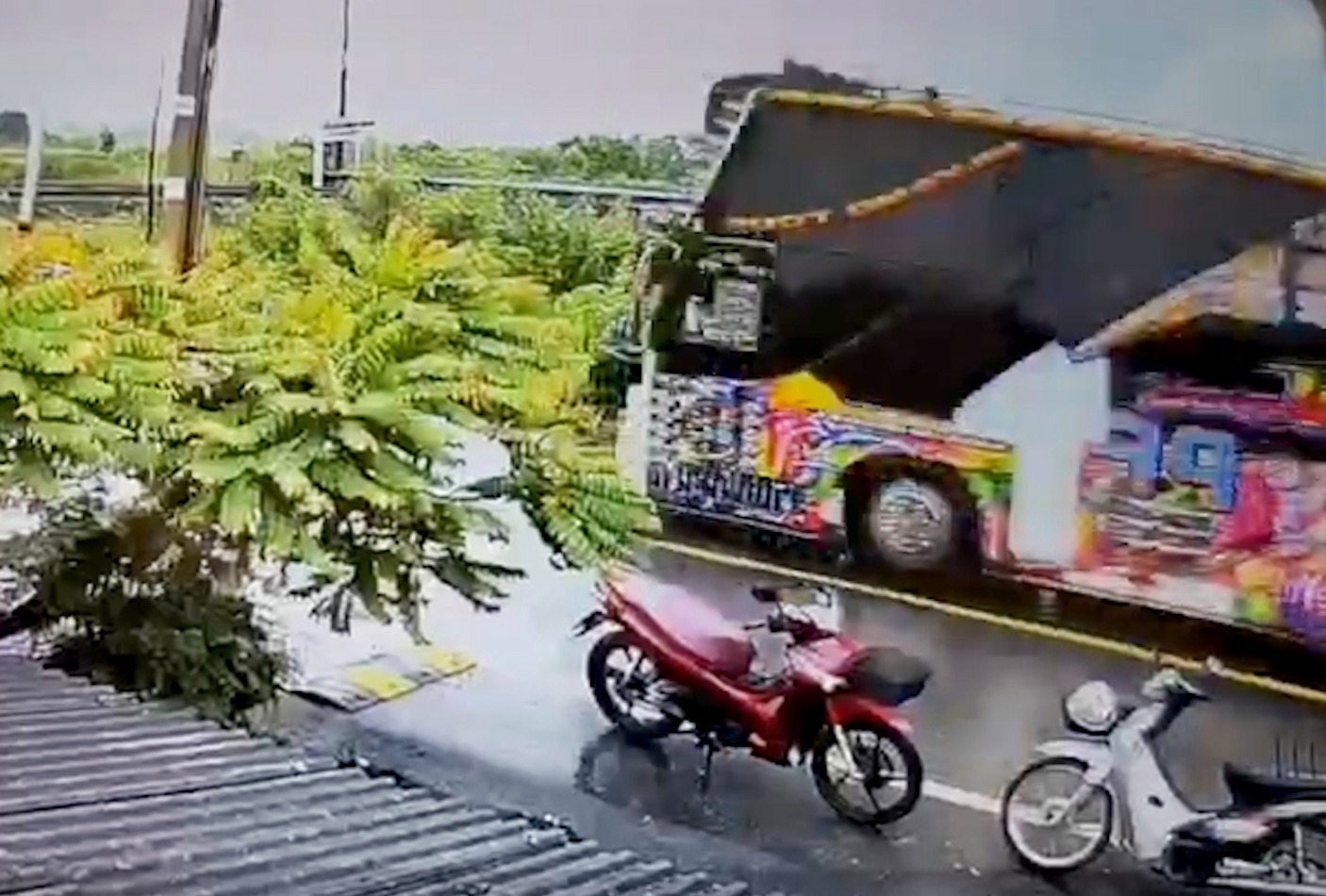 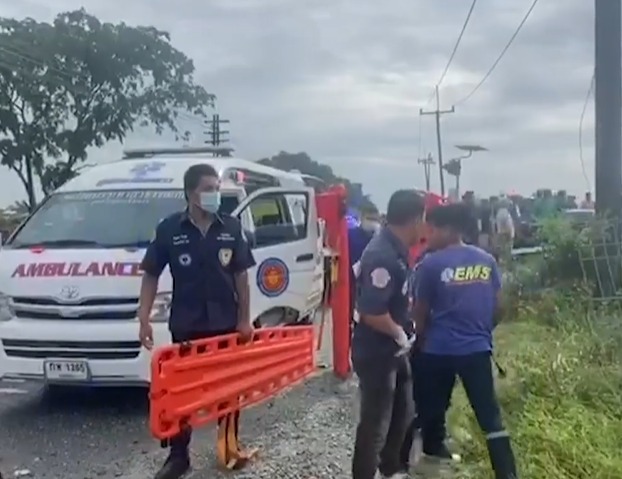 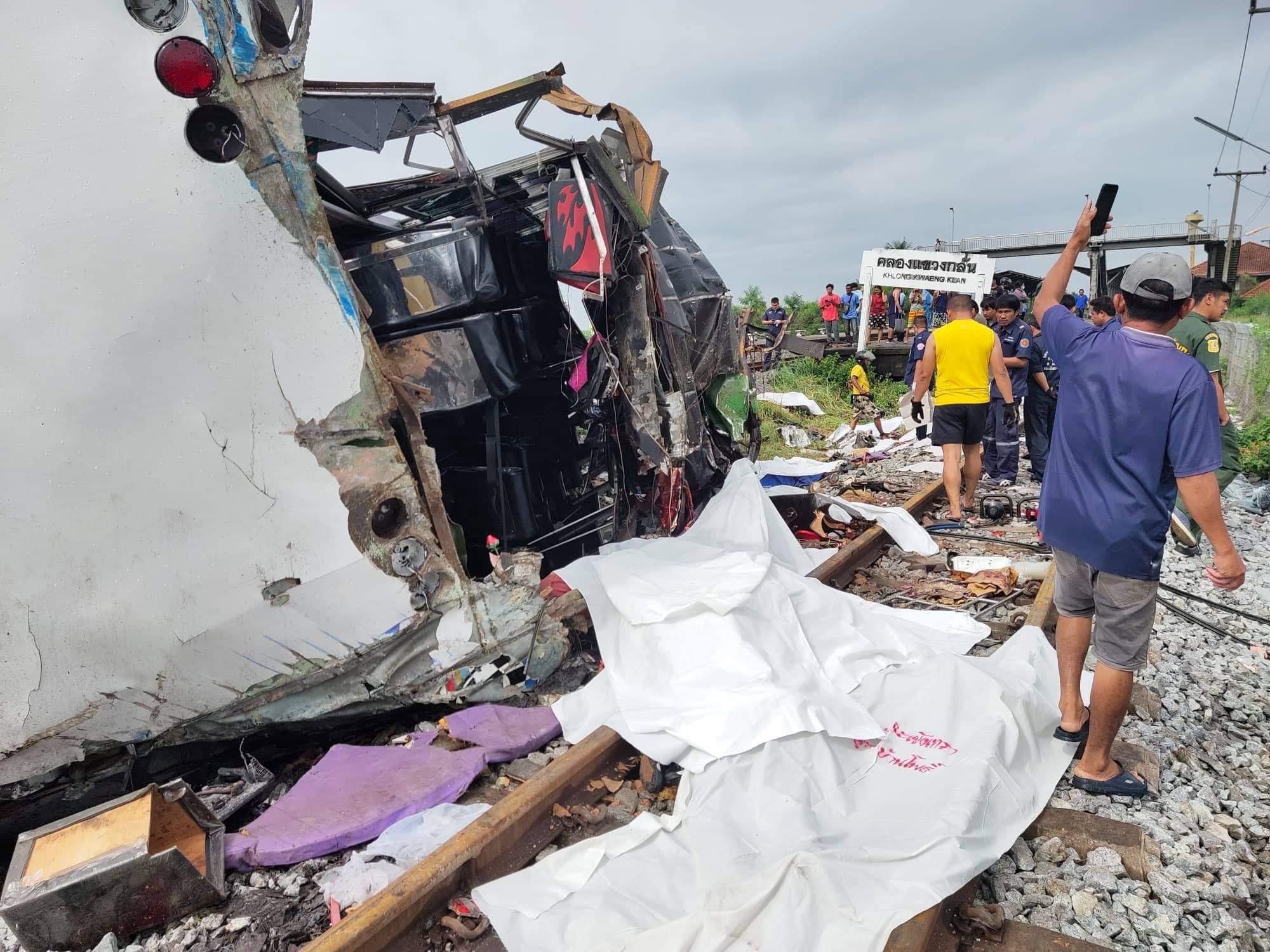 Rescue teams dashed to the scene and at least 17 people were confirmed dead and 40 others were seriously injured and rushed to the hospital.

Fireman were also trying to reach passengers still stuck inside the wreckage at 10am (3am UK time) local time.

A local at the scene said the accident was ''the worst train crash ever scene in the area''.

He added: ''There is no barrier over the train line. Drivers have to wait and wait before crossing.

''The bus driver did not see the train coming or hear it, even when the train driver sounded the horn.

''There are 17 people dead but this could be more. People are still trapped inside and 40 have been taken to hospital.'' 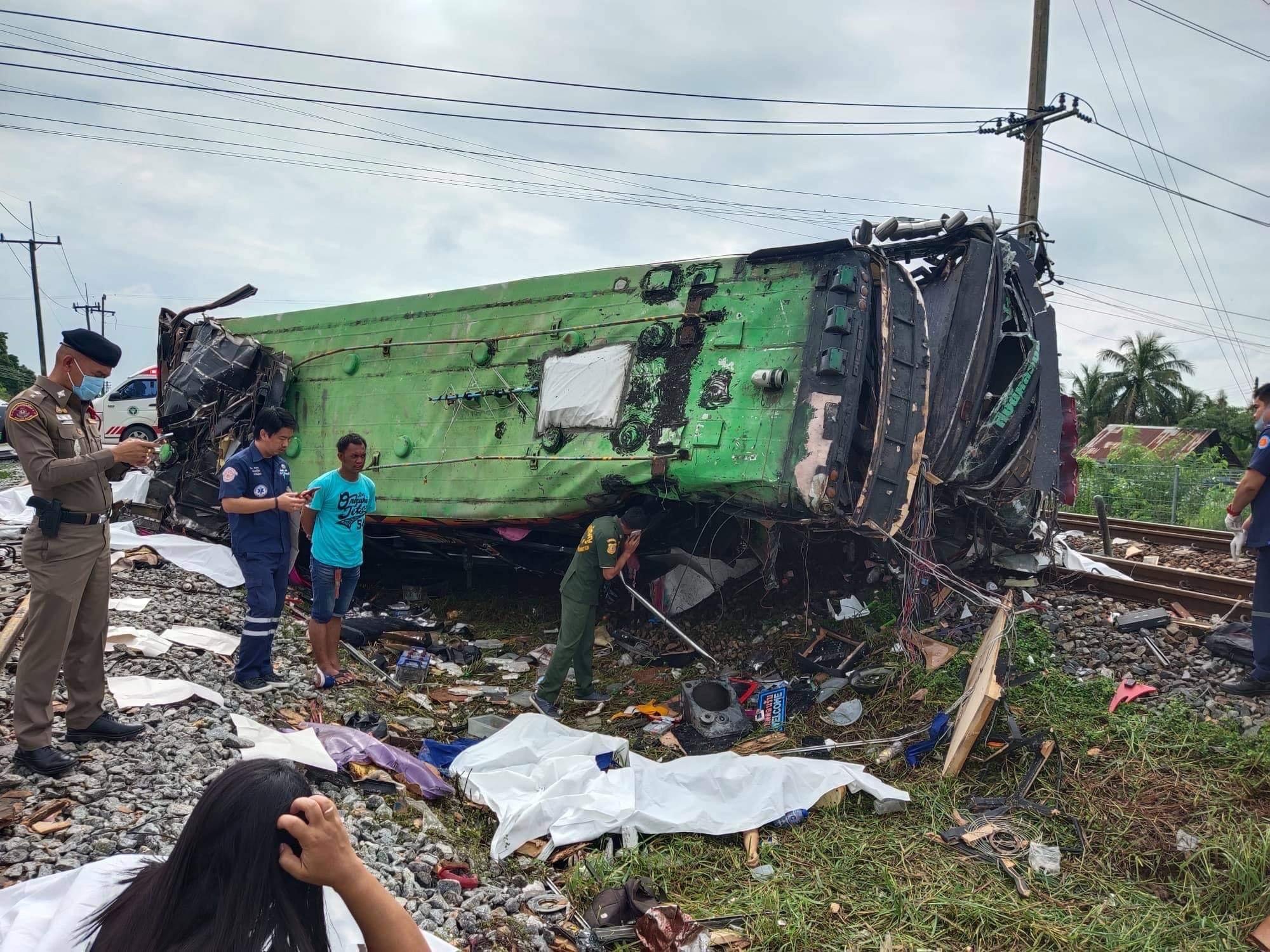 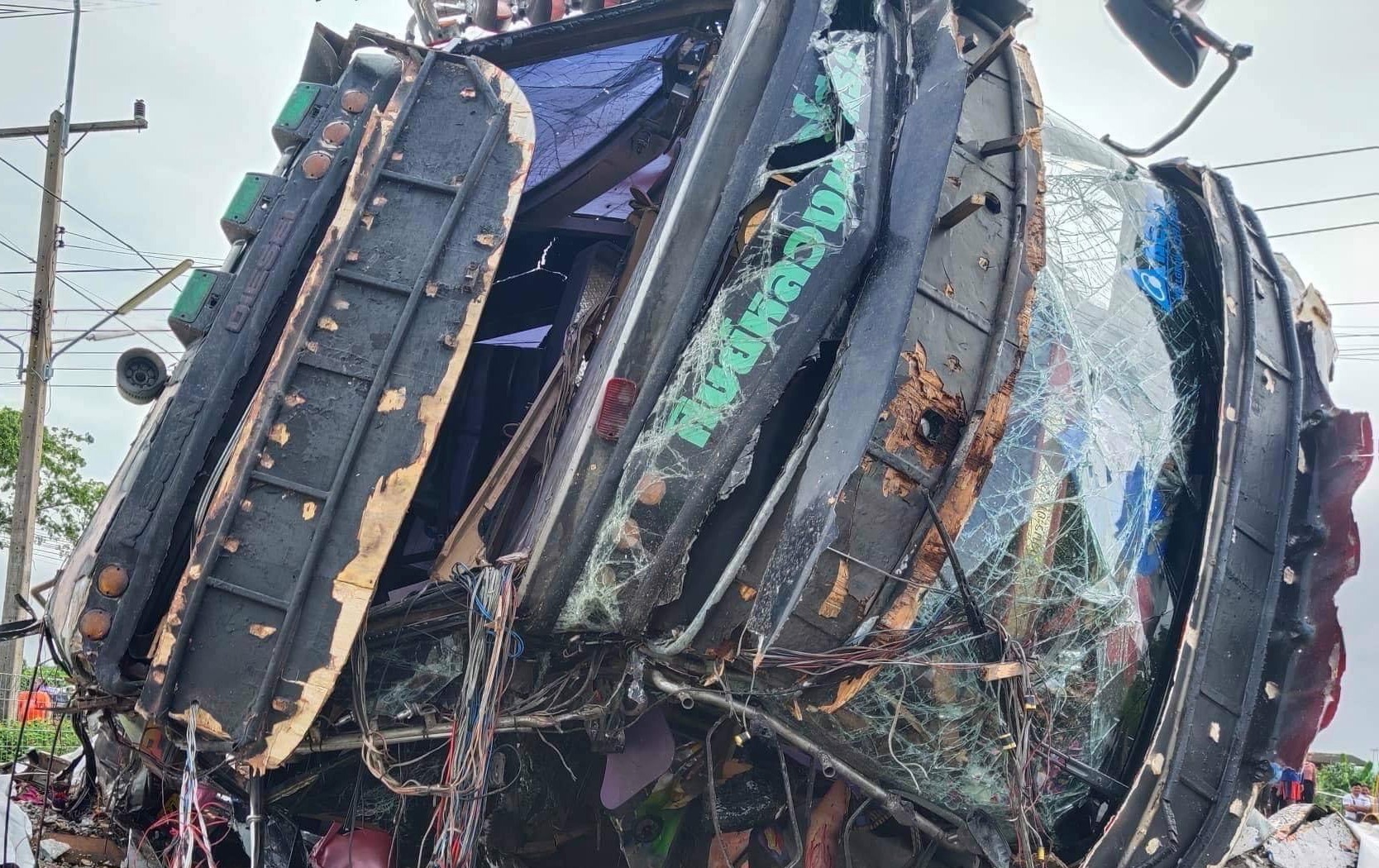