Hotels shut and restaurants cut hours and menus as UK holiday industry is hit by perfect storm of Covid pingdemic, Brexit and massive surge in staycationers

Hotels are shutting and restaurants are having to cut hours and slash menus as the UK’s holiday industry is hit by a ‘perfect storm’ of the ‘pingdemic’, Brexit and a massive surge in staycationers.

Bar owners and hoteliers said increasing numbers of staff are ill with coronavirus, or isolating after being ‘pinged’ by the Covid app, while recruiting workers to plug gaps has been made more difficult since exiting the EU.

It means some venues have been forced to close rooms – while restaurants, cafes and bars were also operating under capacity.

Tourism leaders in Cornwall claimed there had been an increase in visitors as many people were choosing to holiday in the UK due to the international travel restrictions in place.

Cornwall Chamber of Commerce said there were an extra 30,000 visitors to the county during the summer season compared to previous years.

New figures show Cornwall and the Isles of Scilly now have the highest rate of Covid-19 cases in England.

Nick Hayman, joint owner of the Fistral Beach Bar in Newquay, said there had been problems with furlough, Covid-19, a decline in EU workers and too little housing. 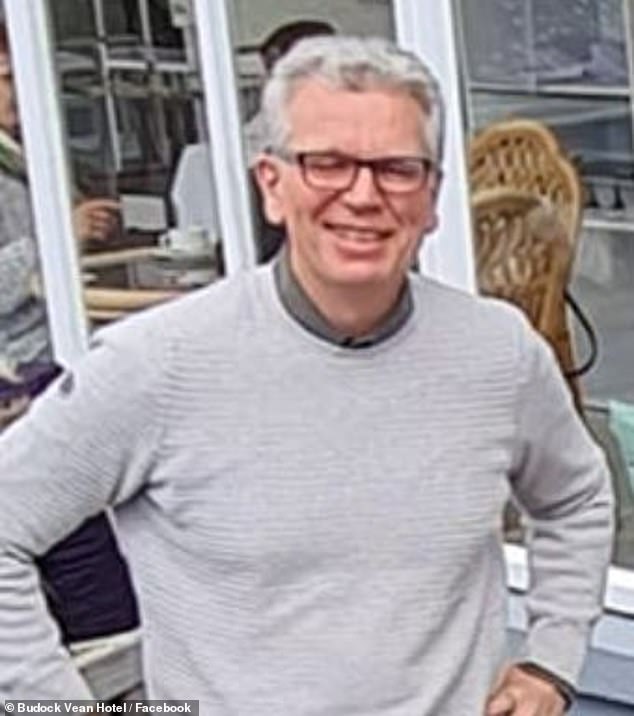 Nick Hayman (pictured), joint owner of the Fistral Beach Bar in Newquay, said there had been problems with furlough, Covid-19, a decline in EU workers and too little housing. 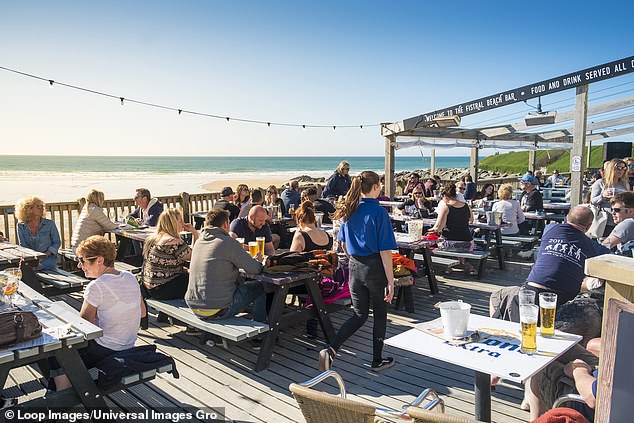 Tourism leaders in Cornwall claimed there had been an increase in visitors as many people were choosing to holiday in the UK due to the international travel restrictions in place. Picured: The Fistral Beach Bar

‘It has been difficult all summer. It is not a Newquay problem and it seems like a nationwide problem at the moment,’ he said.

Mr Hayman said changes to tax laws meant for buy-to-let owners there was more money to be made from holiday lets and Airbnb than from renting to long-term tenants.

‘It’s a perfect storm because there’s more money in it and the tax breaks are better,’ he said.

‘Hospitality is the first to get locked down and the last to reopen and a lot of people have not been able to get onto furlough and have struggled. It is really hard to find chefs.

‘We’ve reduced covers, we’ve reduced opening hours and on a day-to-day basis we’ve had to look at how many staff we have got in and manage it accordingly.’

He said suppliers were struggling to meet orders and he was reducing menus as a result.

‘You can substitute drinks a lot more easily than food. It’s just random stuff that is not available – it’s just bizarre,’ he said.

‘Guacamole, tortilla chips and one week it was orange juice and another week it was apple juice and cranberry juice. It is random stuff and it is just down to distribution.’

Martin Barlow, owner and managing director of the Budock Vean Hotel near Falmouth, said: ‘We had 10 restaurant staff – about half the team – who had to isolate at the same time and on one occasion I had seven out of nine chefs off for Covid reasons over a week.

‘I’m an owner-general manager and we all have to chip in, so I’ve done shifts on the pot wash, dinner service and various other shifts to help out.’

Mr Barlow said he knew of some hoteliers who had problems recruiting staff because rental accommodation has dried up. 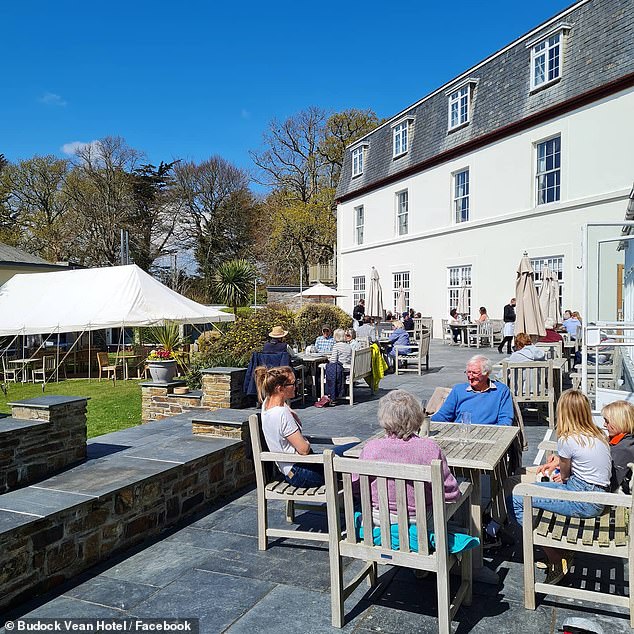 Martin Barlow, owner and managing director of the Budock Vean Hotel near Falmouth (pictured), said half his team had to isolate at the same time 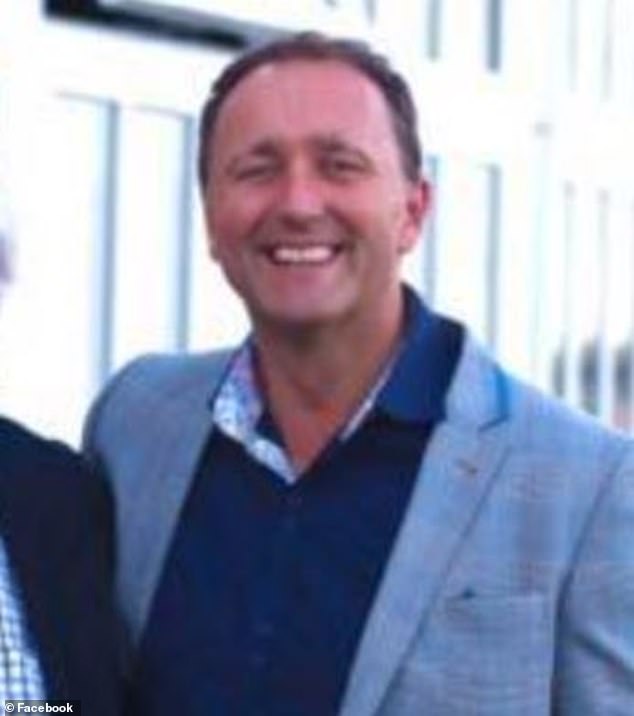 ‘Having our own staff accommodation has been very helpful and has been a big headache for some hotels who rely on renting local accommodation for staff and then they found that has been converted into holiday let accommodation,’ he added.

Kim Conchie, chief executive of the Cornwall Chamber of Commerce, said the ‘pingdemic’ had hit the tourist industry hard.

‘Anecdotally we have got five star hotel owners doing dishwashing and making beds – trying to keep the show on the road,’ he said.

‘Lots of smaller establishments are having to close for a couple of days a week because they simply have not got enough people to staff the places seven days a week.

‘It is very frustrating for the business owners because the demand is there, but they simply cannot meet it.’

He also blamed Brexit and housing issues for a lack of seasonal workers this summer.

‘Traditionally we would normally have thousands of people from EU countries here working in hospitality having been trained in their own countries and that has more or less been cut off entirely,’ Mr Conchie said.

‘We used to have lots of people from northern cities working in places like Newquay for the summer and they problem they have is there is no housing as every landlord who has got a rental property has converted it into a holiday let.

‘There is no accommodation at all for hospitality, care sector, agricultural or construction workers.’