New York: China's Huawei Technologies, the world's largest telecommunications equipment maker, on Wednesday pleaded not guilty in a New York federal court to new charges in a 2018 case against the company. 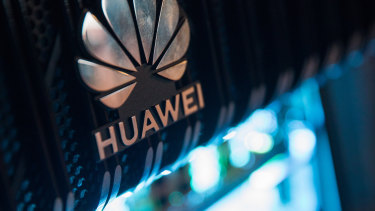 A corporate logo sits on a Huawei Technologies router at a 5G event in London, UK. Credit:Bloomberg

The latest indictment accused Huawei of conspiring to steal trade secrets from six US technology companies for two decades, lying about its business in North Korea and helping Iran track protesters during the 2009 anti-government demonstrations in that country.

Huawei had previously been charged by the US government with bank fraud and violating sanctions against Iran by using Skycom Tech Co, a suspected front company, to obtain US goods and move money via the international banking system. It pleaded not guilty to those charges last year.

At an arraignment in US District Court in Brooklyn, Thomas Green, a US lawyer for Huawei, entered the not guilty plea on behalf of the company and three subsidiaries, including Futurewei Technologies Inc, its US-based research arm.

At a hearing following the arraignment, Green said the coronavirus outbreak may delay the progress of the case, noting the company's lawyers were unable to travel to China.

"Our efforts here at defending our client have become more complicated because of this virus," he said.

Huawei Chief Financial Officer Meng Wanzhou is fighting extradition from Canada in connection with the original indictment in the case, which accuses her of misrepresenting Huawei's relationship with Skycom to the global bank HSBC Holdings Plc. She has said she is innocent.

Huawei has said the new charges are aimed at damaging its reputation for competitive reasons. It has called the trade secret theft accusations "a contrived repackaging of a handful of civil allegations that are almost 20 years old." A spokeswoman for the company declined further comment on Wednesday.

Reuters exclusively reported last year that an internal probe by HSBC helped lead to the original US charges against Huawei and its CFO.

In a February 10 letter to the court, Huawei's lawyers said that they are entitled to documents from the HSBC investigation. They said the documents "appear certain to directly contradict" allegations in the indictment. 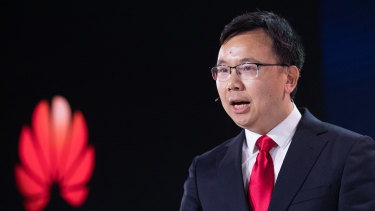 Huawei claims US prosecutors overlooked apparent violations of US sanctions against Iran by the bank in exchange for cooperation with its Huawei investigation.

Assistant US Attorney Alexander Solomon said at Wednesday's hearing that prosecutors would work with the company to respond to the request.

The United States has waged a global campaign against Huawei, warning that its equipment could be used by the Chinese government for spying.

In May, it also placed world's No. 2 smartphone vendor on a trade blacklist, banning US suppliers from doing business with Huawei without approval.