Hubei province reports NO new cases of coronavirus outside of Wuhan

China’s Hubei province has reported no new cases of coronavirus outside of Wuhan in 24 hours for the first time since the outbreak began.

Wuhan, the epicentre of the epidemic, confirmed 126 new cases of the virus on Thursday, but there were no further infections reported by the National Health Commission across the province.

Elsewhere in China, schools which had reported no new cases for a number of days began to confirm their opening dates in a sign of the country returning to normality.

Qinghai, a northwestern province which had reported no new infections for 29 days, said it would stagger a start date of different school days between March 11 and March 20, according to a notice posted today. 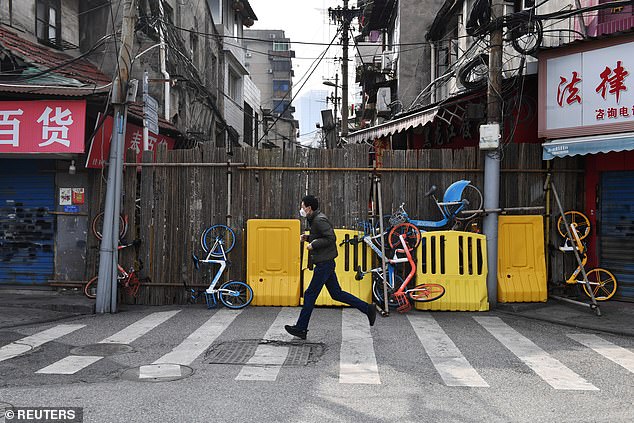 A man wearing a face mask runs past a street blocked by barricades and shared bicycles in Wuhan, the epicentre of the coronavirus outbreak, on Thursday

In Guizhou, it was said schools would begin opening to students from March 16.

Outside of Hubei, there were 17 new confirmed cases of the virus reported – 11 in Gansu, four in Beijing and one in Shanghai.

This brought the total new infections across mainland China to 143 on Thursday, up from 139 cases a day earlier.

Elsewhere, a total of 311 passengers arriving in Lanzhou, Gansu from Iran were quarantined, it was reported on Thursday. 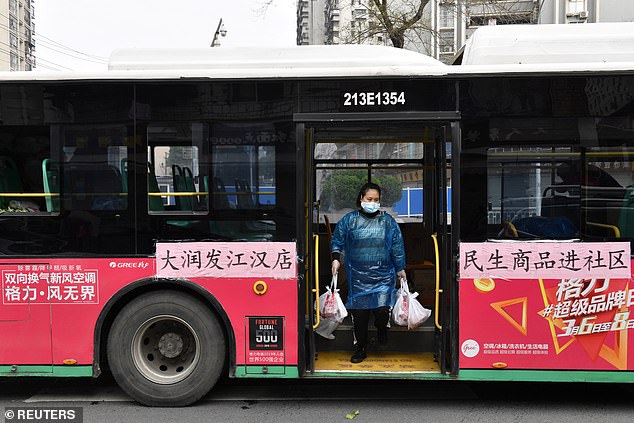 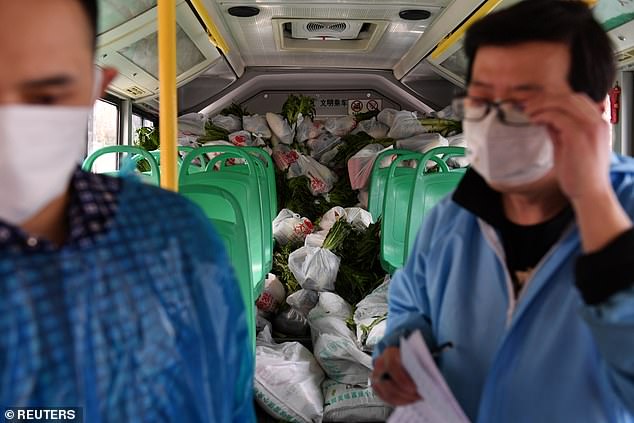 Wuhan, the epicentre of the epidemic, confirmed 126 new cases of the virus on Thursday

Gansu became the first province to lower its emergency response measures from level I to level III last month, reflecting the lack of new infections.

As new cases dwindle in China, attention has turned to potential infections arriving from overseas.

Authorities in Beijing, Shanghai and Guangdong have all vowed to quarantine travellers from countries hit the hardest by the coronavirus, which Beijing identified as South Korea, Japan, Iran and Italy. 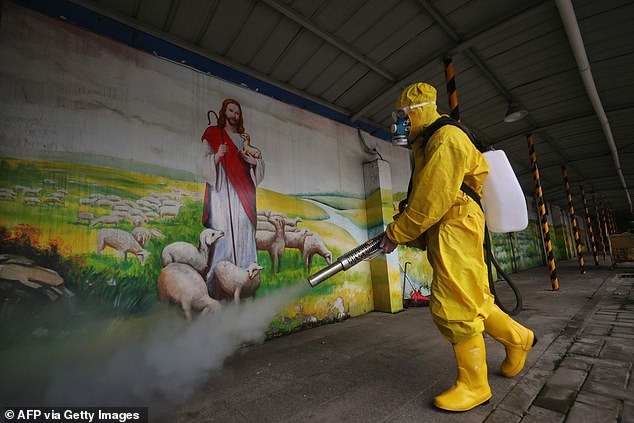 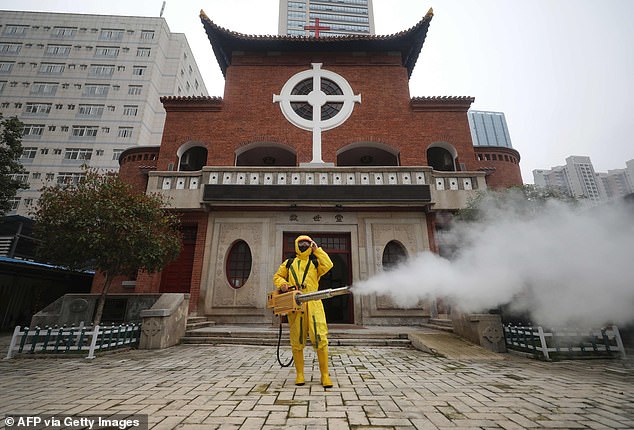 The overall number of confirmed COVID-19 cases in mainland China stood at 80,555 today

The overall number of confirmed COVID-19 cases in mainland China stood at 80,555 today.

The death toll from the outbreak in mainland China stood at 3,042 last night, up by 30 from the previous day.

Globally, 98,703 cases of coronavirus have been confirmed, with 3,383 deaths across 17 countries.