THIS IS the dramatic moment a low-flying military helicopter swooped near a surfer in incredible scenes.

Howard Shepherd was taking photos of his surfer friend, Toby Irons when the huge Chinook appeared hovering above the sea just 200 yards away. 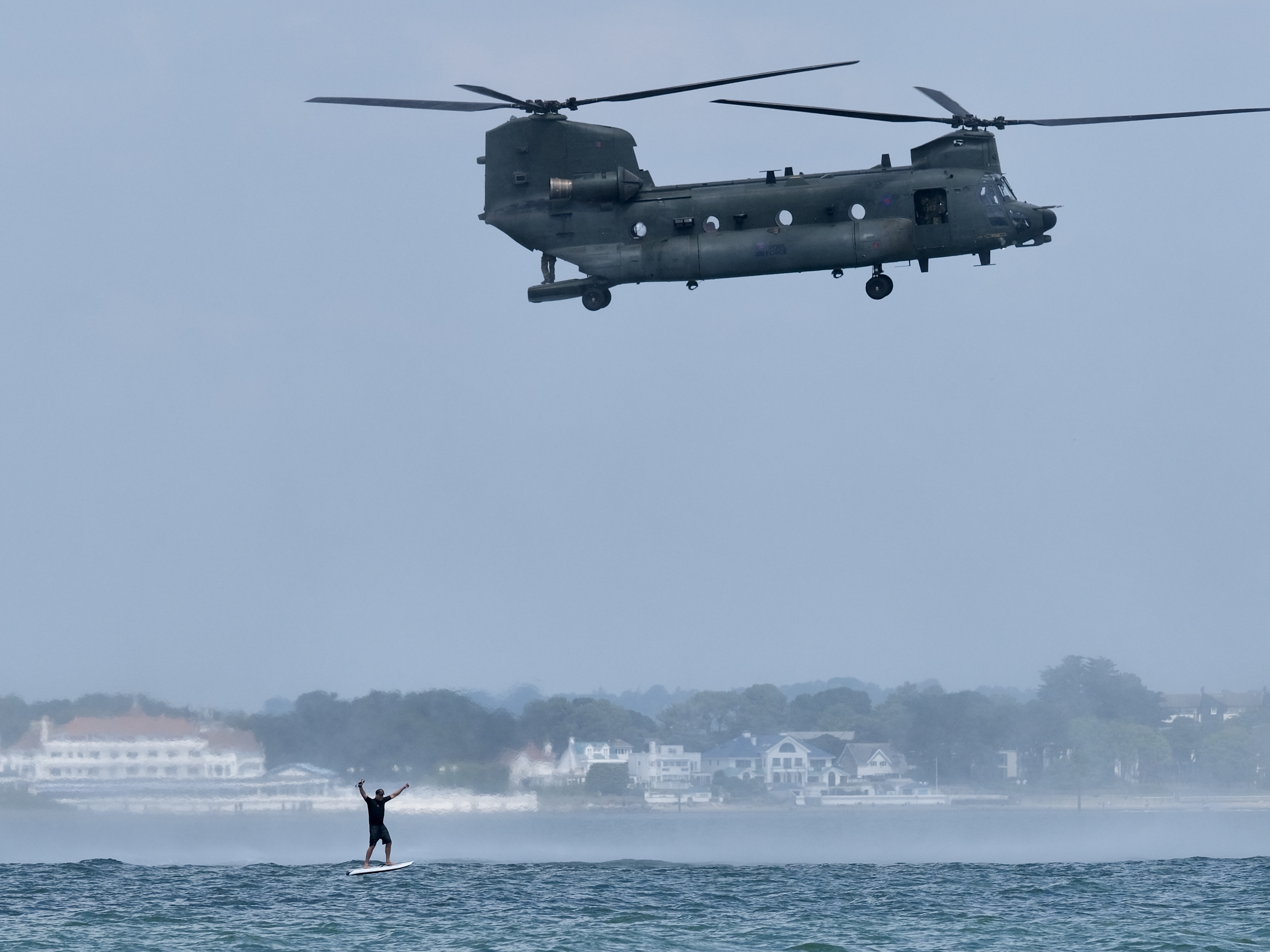 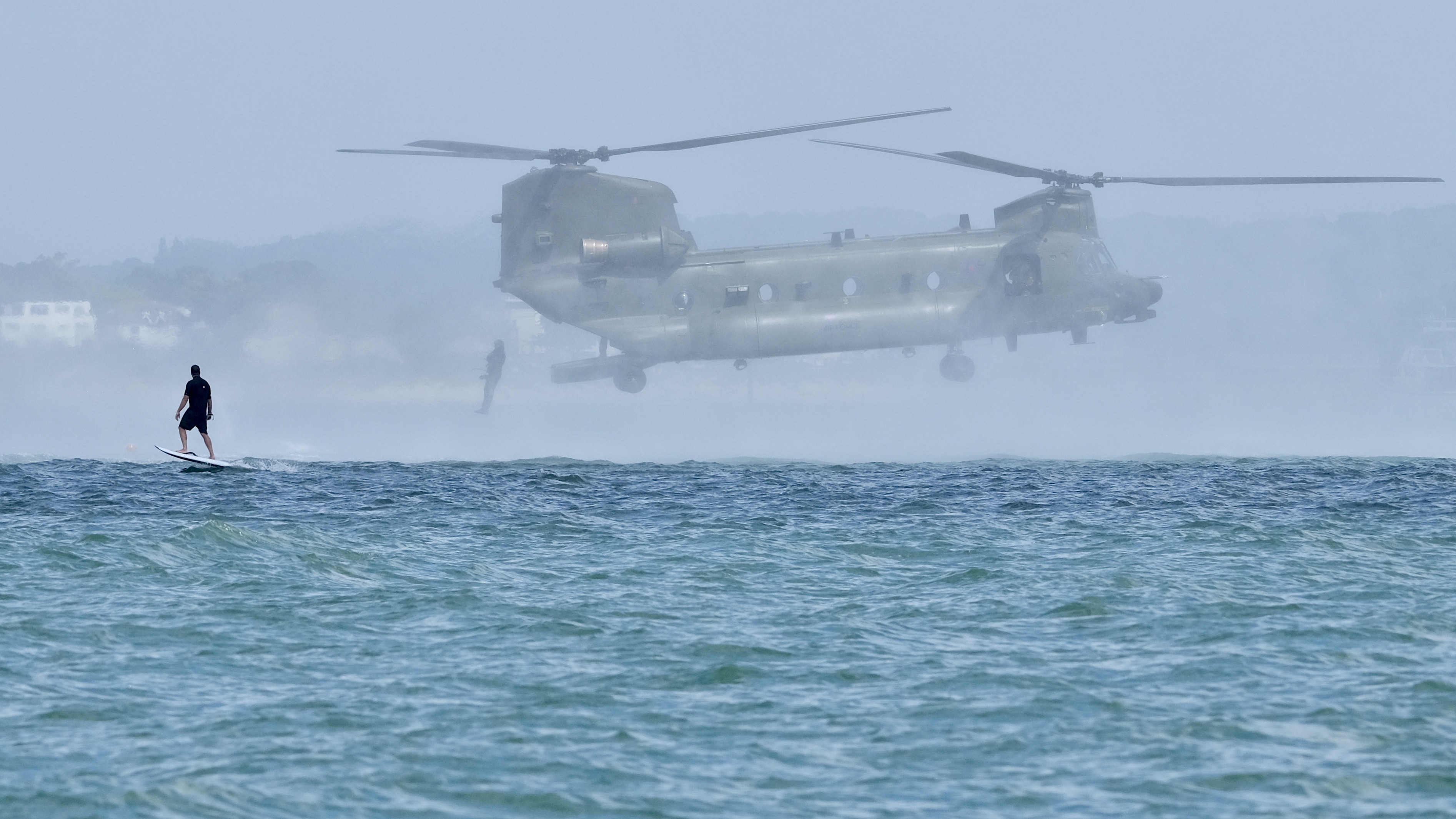 They watched as several SBS commandos then jumped out of the aircraft and into the water.

The shoot was organised for Fliteboard's new efoil – a surfboard with an electric propeller that's become popular in the water sports world.

Howard said: "We were doing an organised shoot around Old Harry Rocks and had just dropped an anchor when this huge Chinook dropped down.

"It was just unbelievable – the sound and the spray.

"Toby was demonstrating the board and it just dropped down right in front of him. He's very experienced so he didn't fall off but he told me he could feel the spray from the helicopter.

"It looked like it was almost sitting on top of the water and then three or four guys started to jump out from the back.

"The helicopter then took off again and these two ribs came in to pick up the guys in the water.

"It was one of those impromptu unplanned things that I just love. I don't really like posed pictures, I like to do it organically.

"You can see in one of the pictures I took he's got his arms in the air and you can see a big smile on his face.

"The whole thing was pretty dramatic. We were cheering and it was just one of those surreal moments." 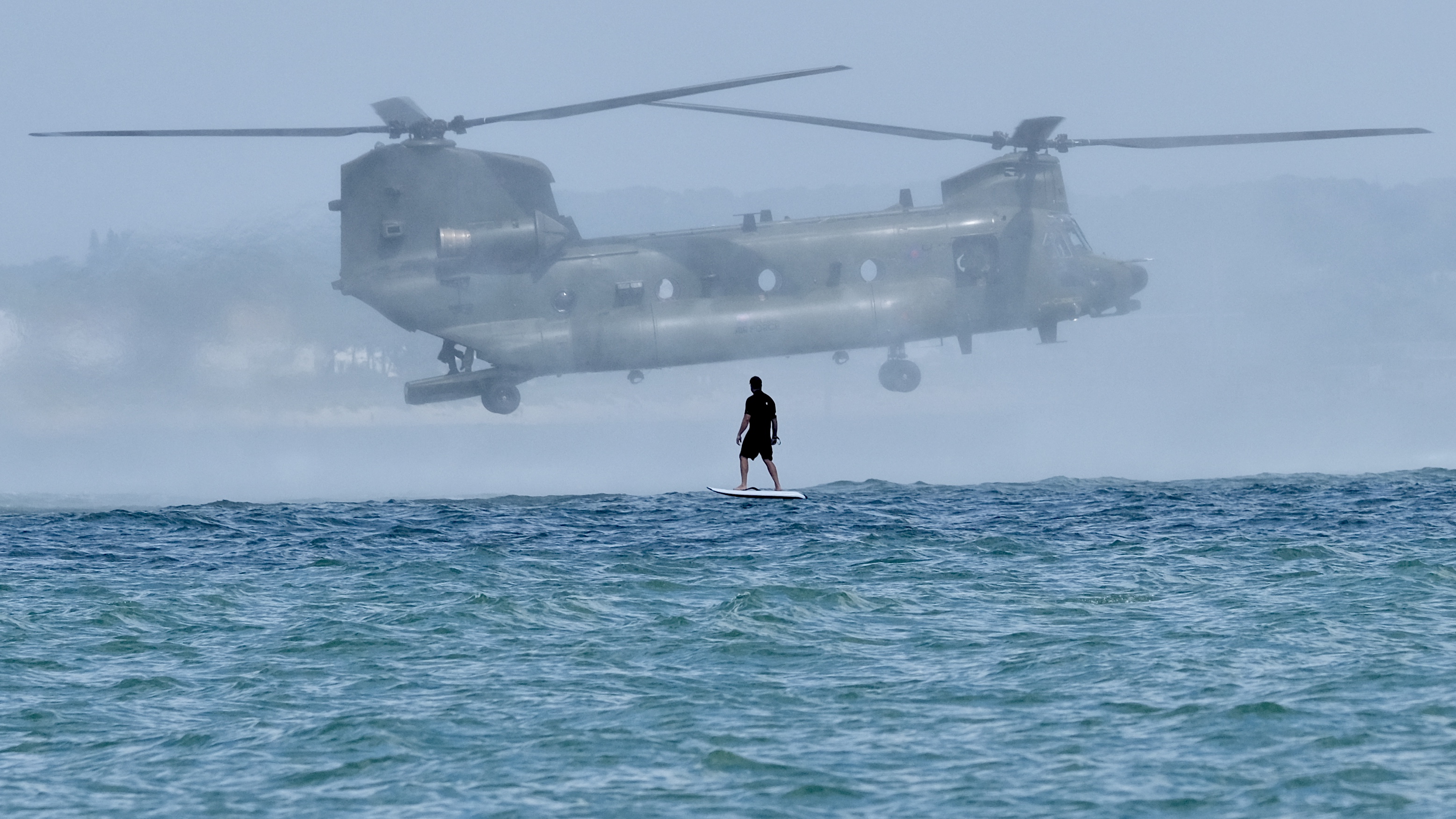 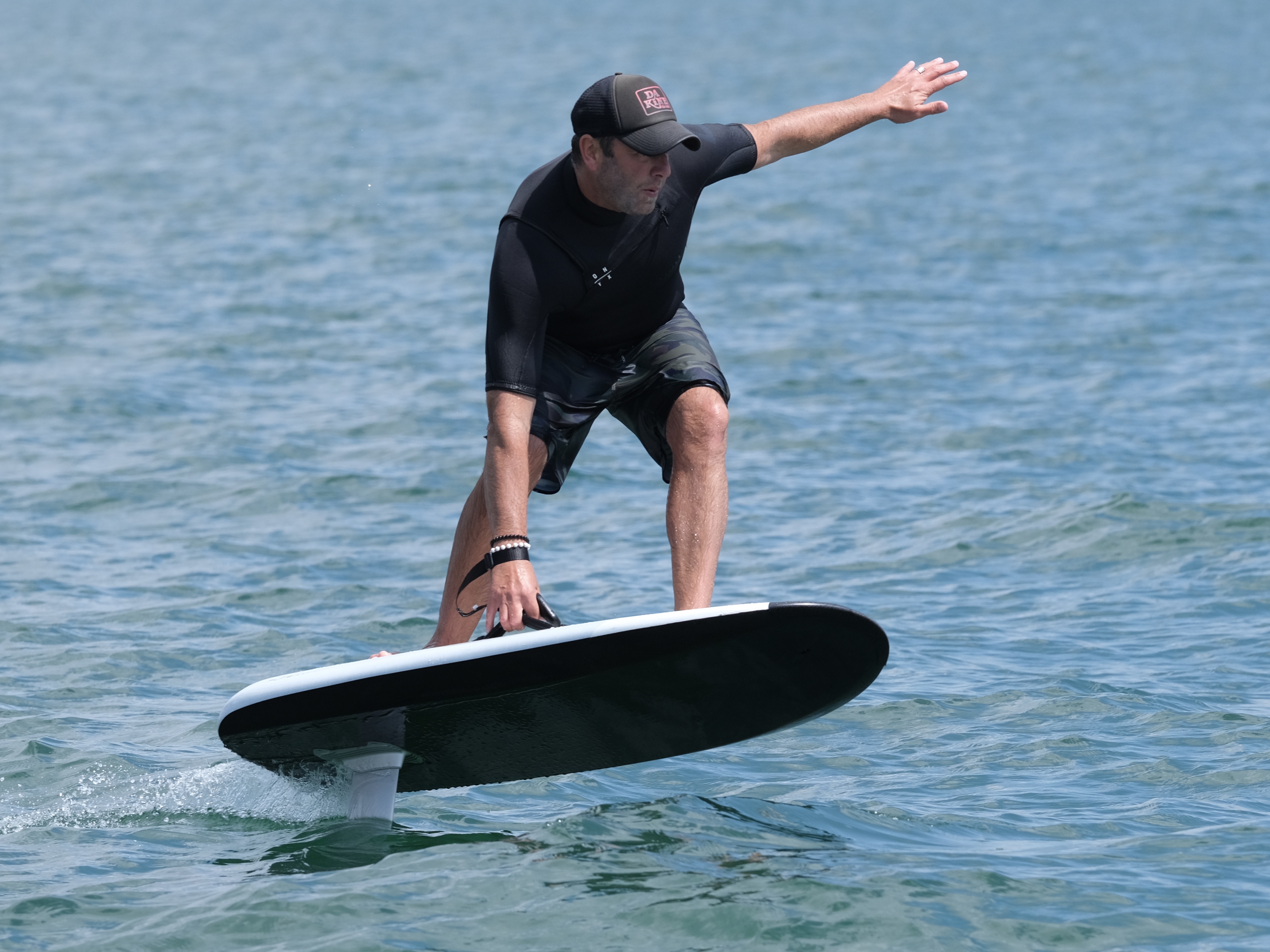