BRITAIN'S unhealthiest area has nearly 1,000 takeaways in total – with 25 fast food shops packed into a 400m stretch of road. 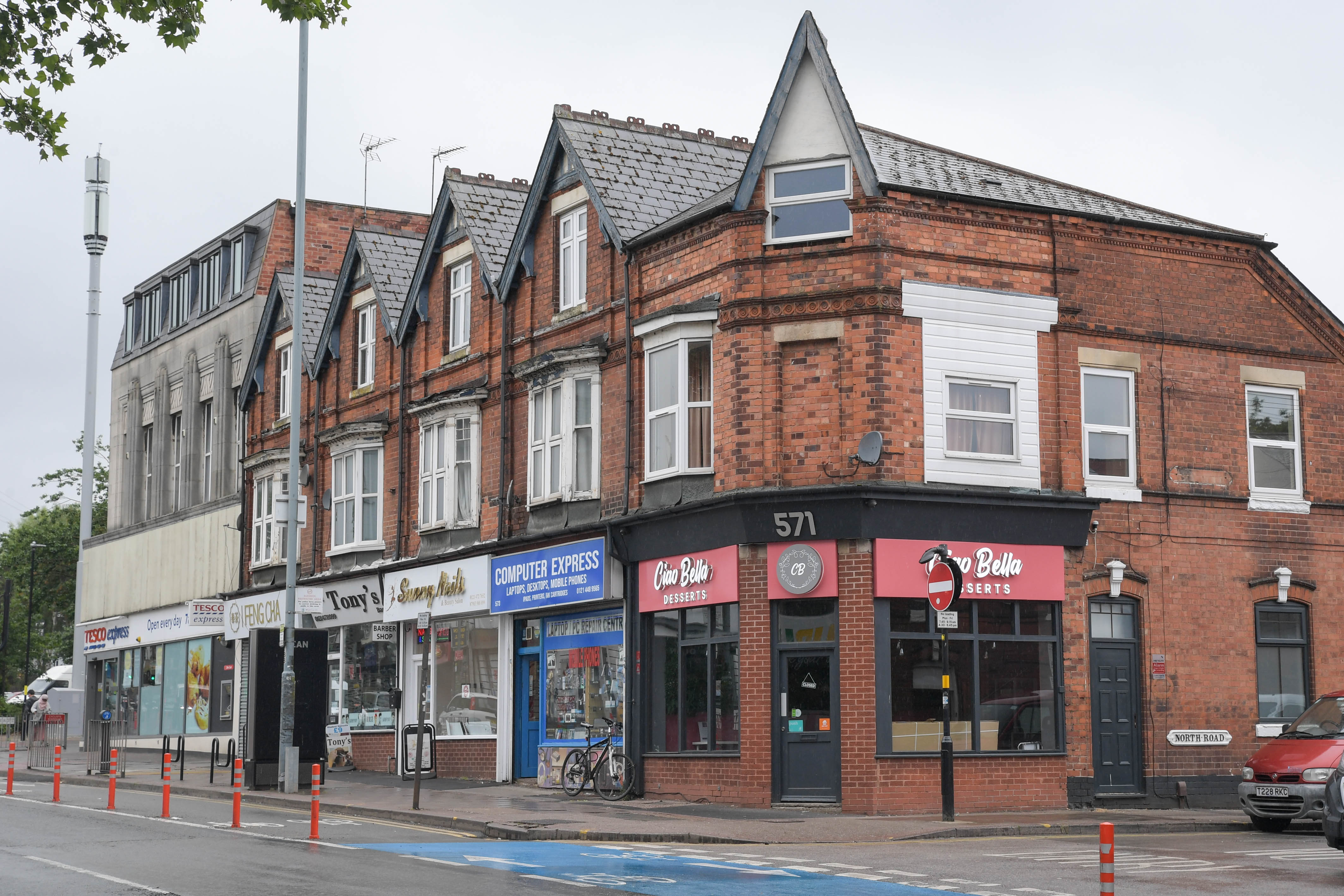 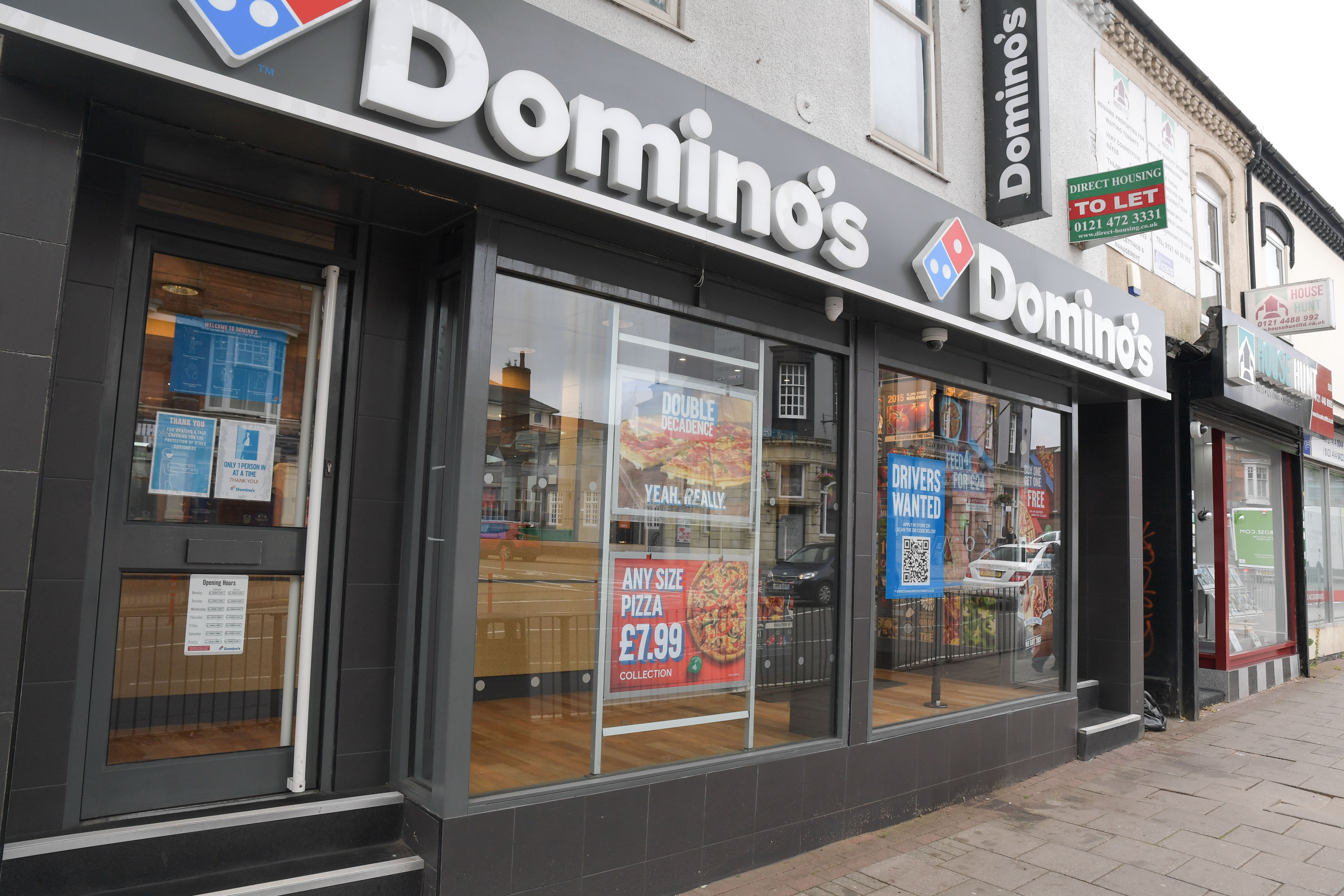 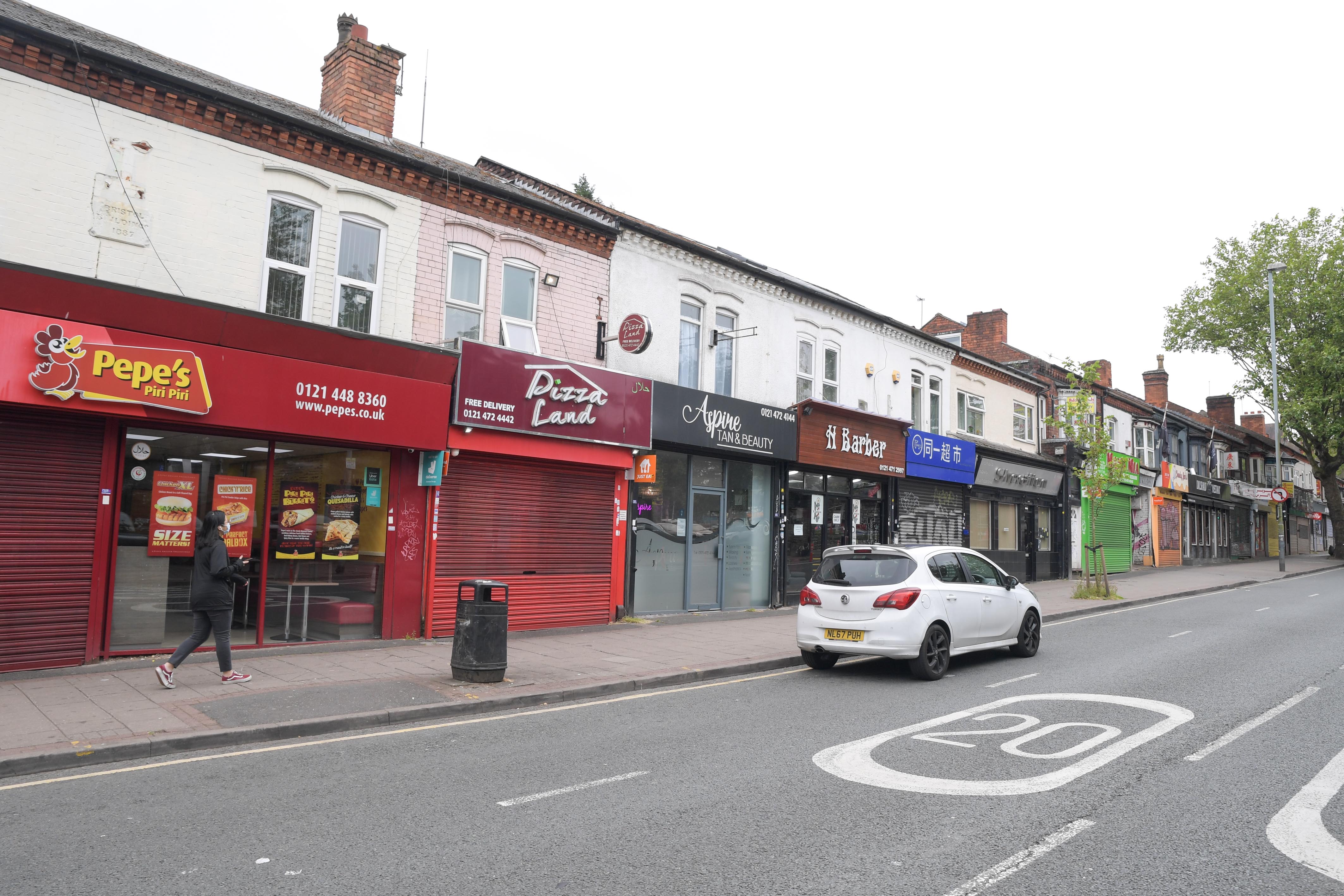 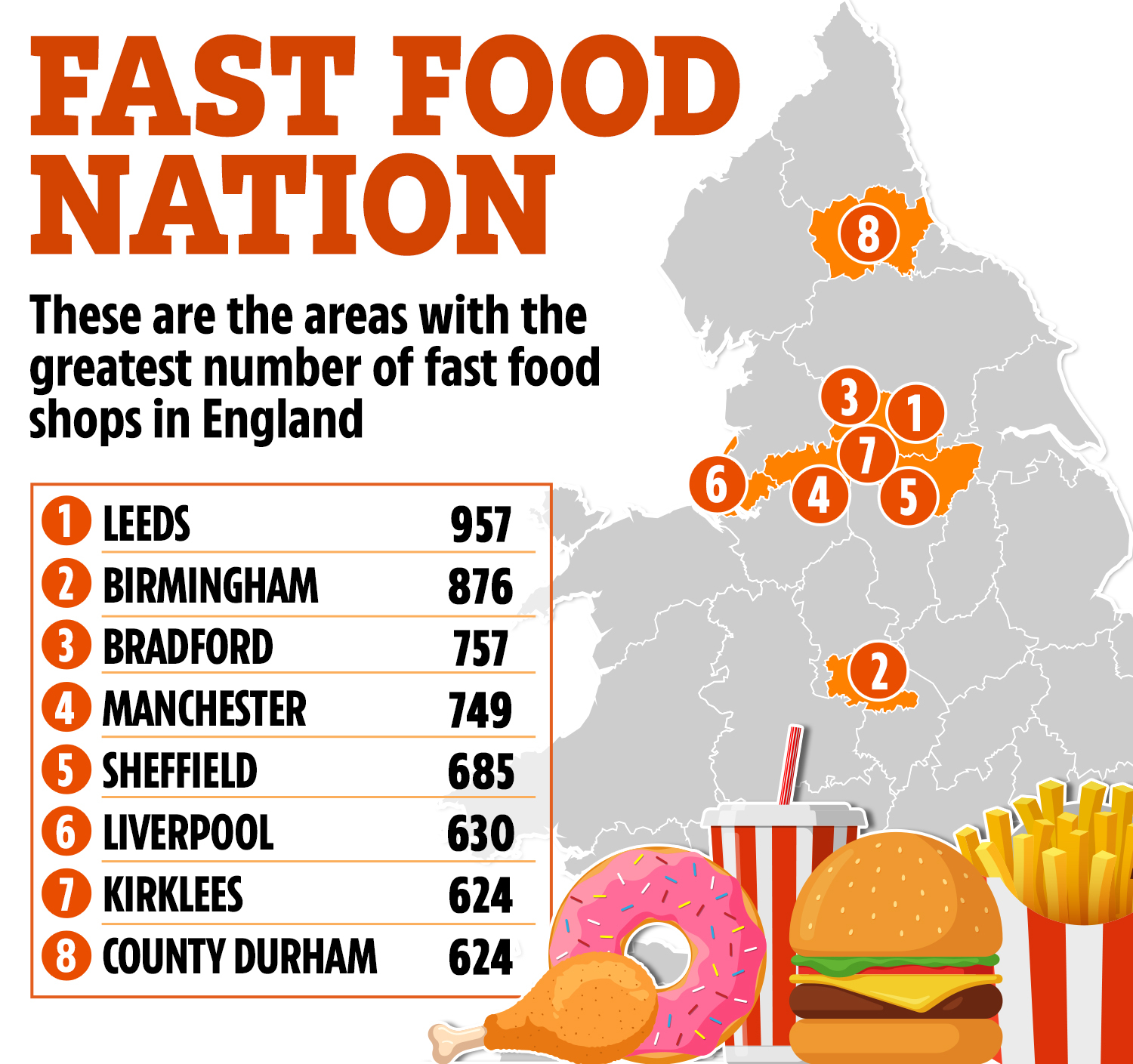 Bins overflow in Selly Oak with sugary drinks, cans of booze and takeaway boxes from the cluster of joints selling food for as little as a quid.

The suburb – popular with the city’s university students – was named among the worst offenders by scientists for unhealthy eating.

Researchers said almost a third of locals over-consume sugary drinks and 12 per cent eat less than one of their five-a-day.

The Sun Online counted 25 takeaways clustered together in just a quarter mile stretch of Bristol Road.

Birmingham has a staggering 876 takeaway shops – the second most out of all the local authority areas in England, according to figures from Public Health England.

Leeds has the most with 957, followed by Birmingham, Bradford with 757, Manchester with 749 and Sheffield with 685.

Blackpool has the highest rate of fast food takeaways in England with 232 per 100,000 people.

Camden in London has the second-highest number of takeaway shops per population with 174 per 100,000 people. Next highest is Burnley with 168, trailed by East Lindsey in the East Midlands and Great Yarmouth, both with 166.

Students confessed they shun fruit and veg deals at the nearby Aldi on Bristol Road in Selly Oak and instead use delivery apps to order takeaway food to their door in 15 minutes.

“Pizzas and fried chicken are standard – but we order in food from dessert places, too.

“We know it’s not great for us but we don’t have to move.”

Business and Spanish student Sam Habgood, 19, admitted: “It’s so quick, we can get fast food to our door in 15 minutes.

“They are all really cheap – you can get a lot for the money that you pay. The portion sizes are huge.

“You can get a massive box of chicken and large fries for less than a fiver. It’s nothing.

“Our kitchen is just full of cardboard takeaway boxes.”

Eating just half would add up to an estimated 1,975 calories and 64g of fat.

Nearby Dixy Chicken serves up burgers from 99p, while a 12-inch pizza with a “mountain of 12 toppings and topped with extra cheese” gives change from a tenner.

And at Rooster House –  where students arranged for a brass band to perform a funeral song when the joint burned down in 2012 – a serving of cheesy chips costs £3.

Selly Oak graduate Amy Moore, 22, said: “You can walk from the first to the last takeaway in less than 10 minutes. There are so many.

“It’s a student area. Some people can’t afford to buy their five a day when they can get burgers and chips for a quarter of the price.” 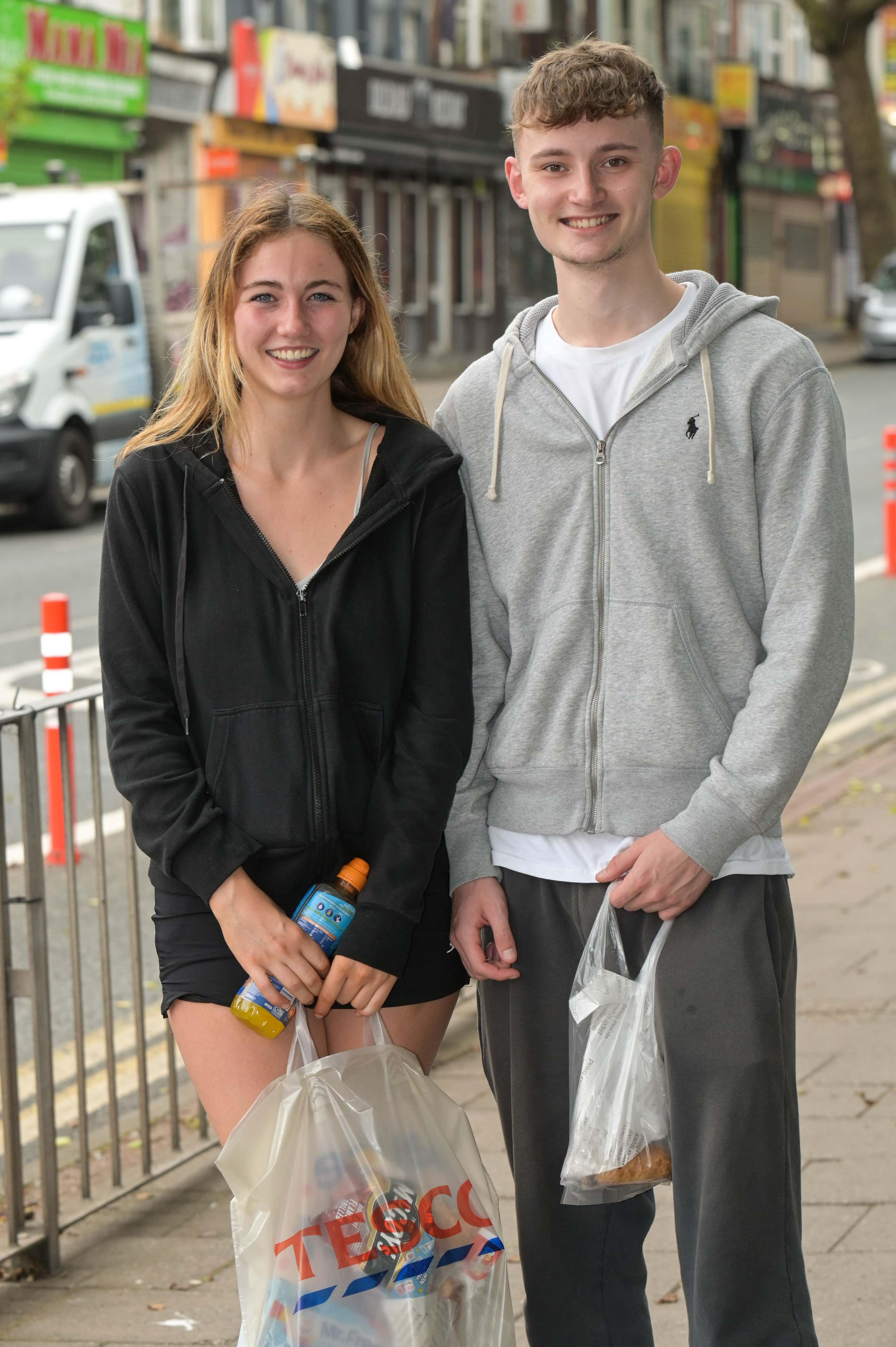 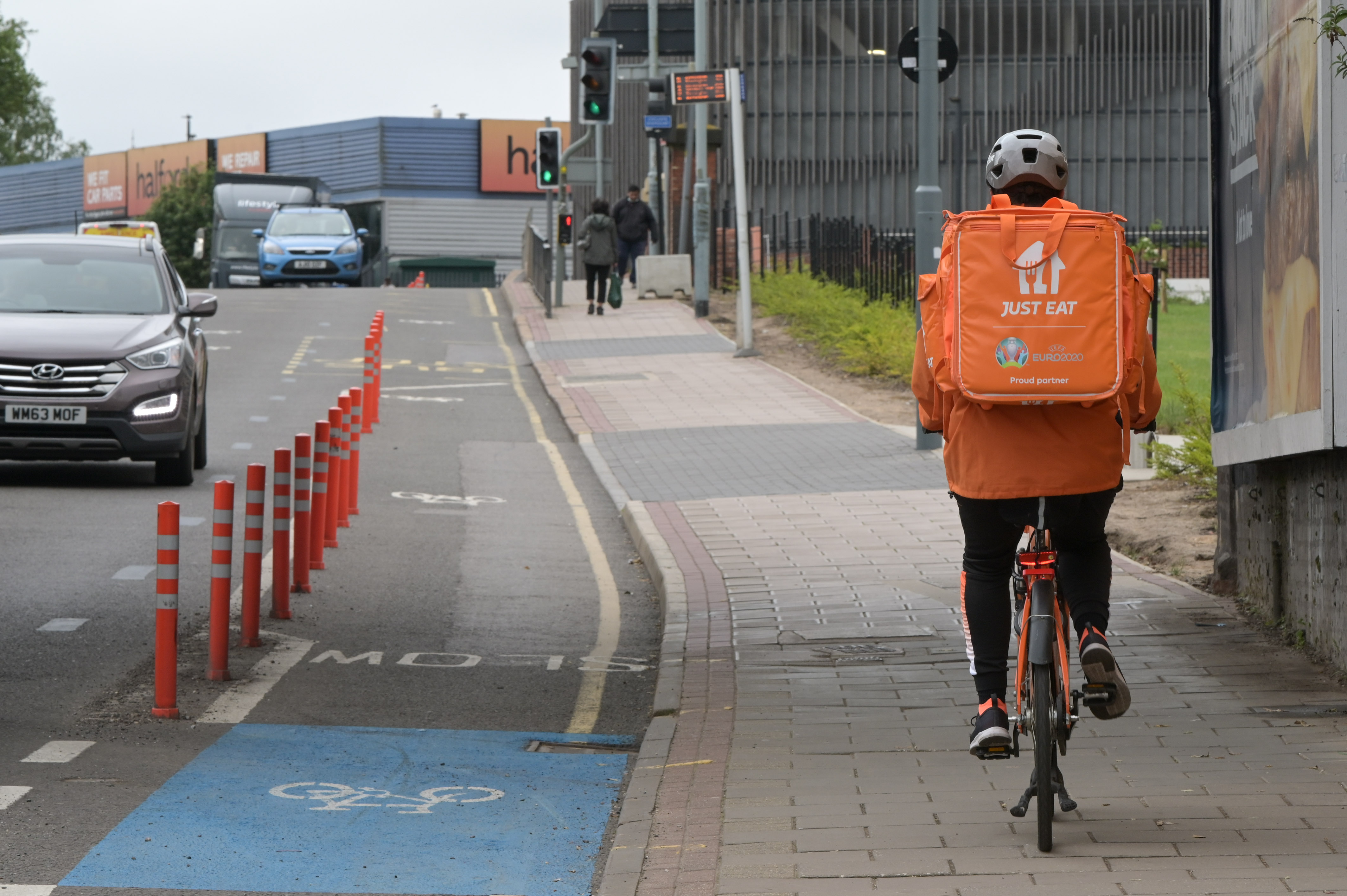 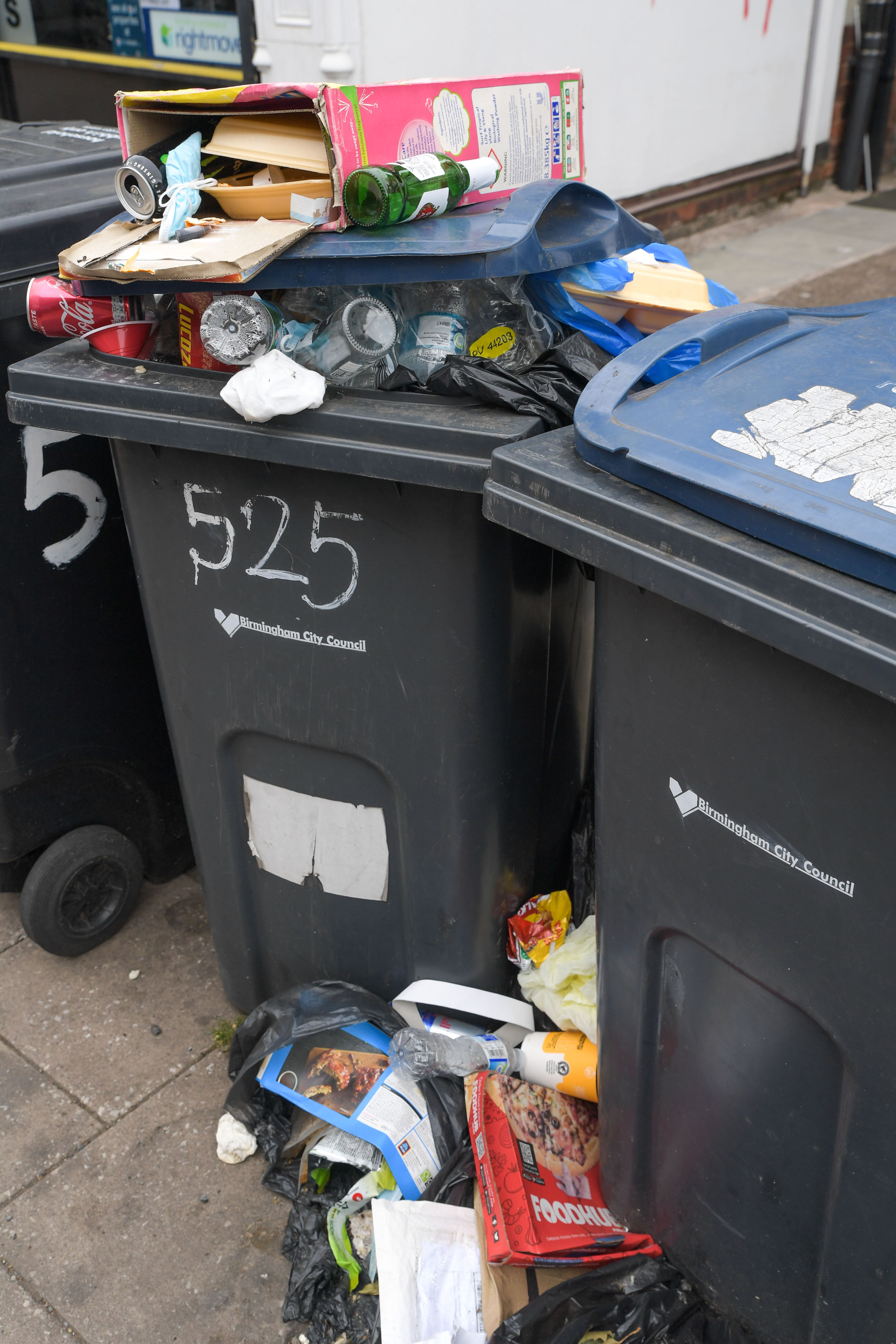 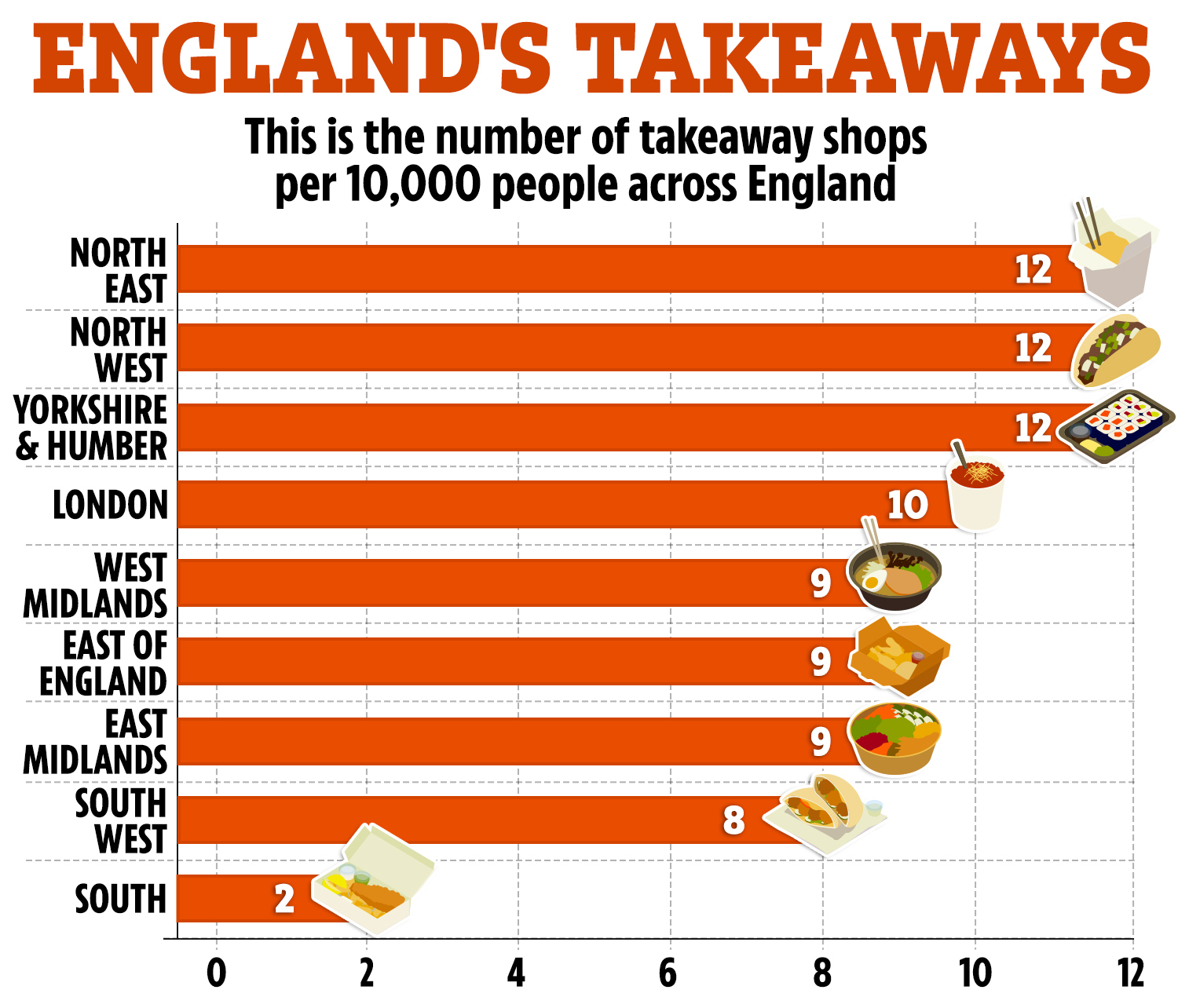 The new analysis, by the University of Southampton and published in journal Plos One, put Selly Oak top for sugary drink consumption.

Fourth year dentistry student Lucy Whittall, 22, said: “It’s bad. But students are adults and can make their own choices.”

At the top of Bristol Street’s fast food run, one takeaway is trying to make a difference.

He said: “There are lots and lots of fast food places here but we are trying to do something different.

“We’ve tried to do something nice – we can’t have a road full of chicken shops.

“It’s really important to eat healthily. Students really like our vegan kebabs – and they come back again and again.

“It’s far healthier than a greasy kebab and you don’t wake up with the guilt.”

These are the local authority areas in England with the most takeaway shops per 100,000 people:

Researchers highlighted 356 local communities in the Midlands, the North and London’s East End as the worst fast food offenders, representing 5.2 per cent of the population.

Dartmouth Circus, which neighbours Selly Oak, topped the list of places where people don’t eat fruit or veg – nearly 15 per cent. A quarter of people there also over-indulge on sugary drinks.

The new analysis found that 6.9 per cent of English adults do not eat any fruit or veg and 11.5 per cent drink more than one 330ml can of fizzy drink per day.

Researcher Dr Dianna Smith said: “We hope that this modelling will be taken up in local authorities to help identify areas where interventions to improve diet are most urgently needed.

“There are clear inequalities in diet across England, that will contribute to ongoing differences in health in the population.

“I would suggest the data are used within local and national governments to identify areas where more on-the-ground work is needed to find out about people’s diets and how to support them to have healthier options.”

The highly detailed new study looked at a sample of people and recorded all of the food and drinks they consumed over four days.

Researchers applied mathematical modelling to the data to estimate adults’ dietary habits in 6,791 neighbourhoods across England. 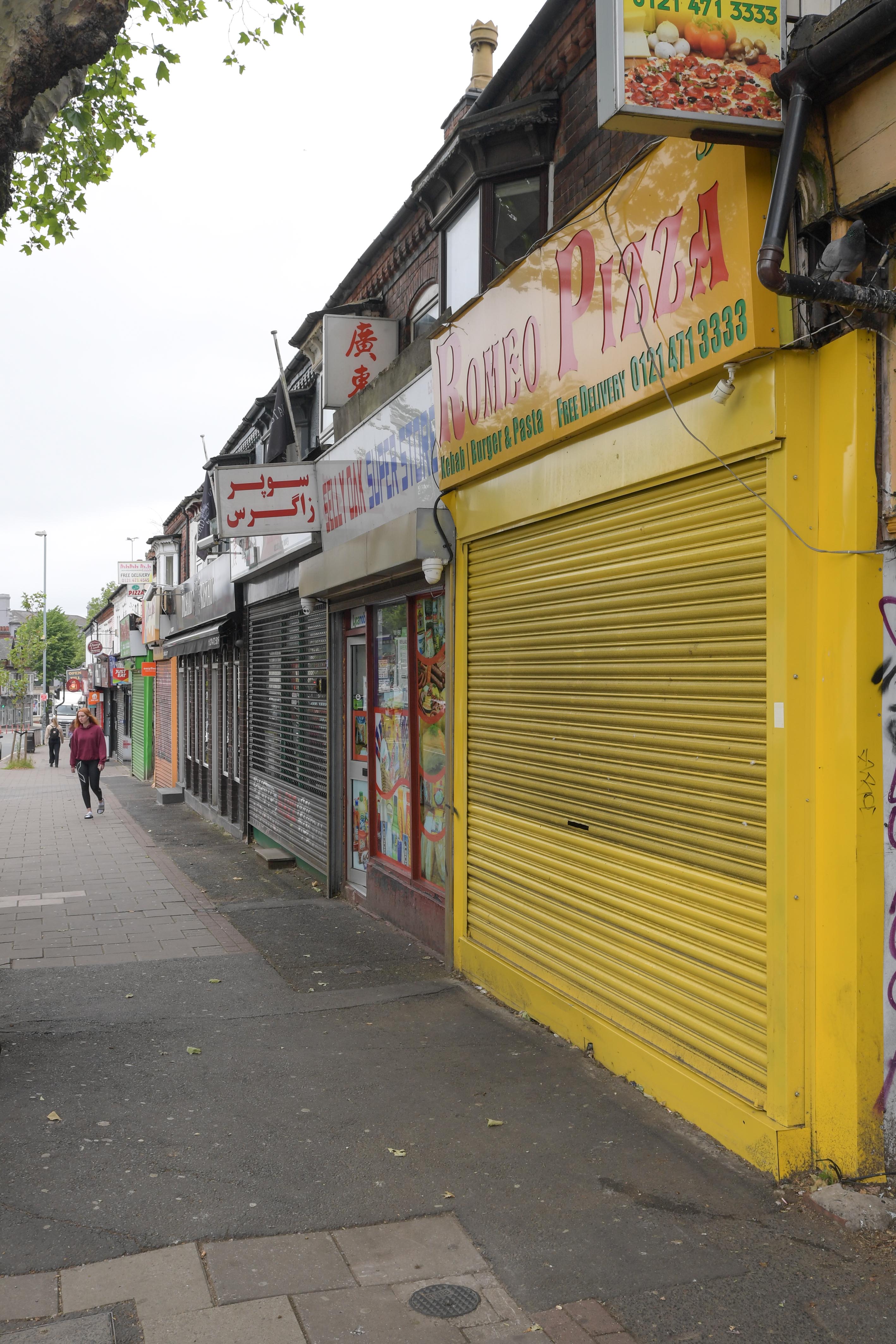 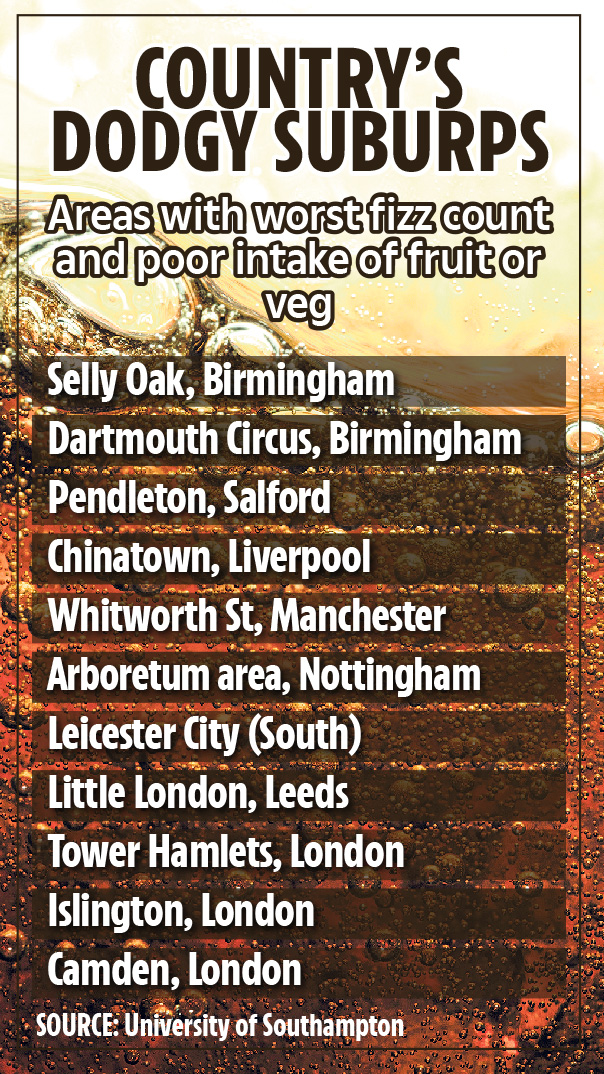