Kabul: The International Criminal Court (ICC) has authorised an investigation into possible war crimes committed in Afghanistan, which would include allegations against US, Afghan and Taliban forces.

It is possible allegations relating to troops of other coalition countries, such Australia and the UK, could surface in the process. 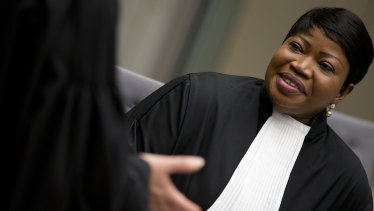 Public Prosecutor Fatou Bensouda of the International Criminal Court in The Hague, Netherlands.Credit:AP

"This is a truly breathtaking action by an unaccountable political institution masquerading as a legal body," US Secretary of State Mike Pompeo told reporters in Washington, denouncing "ICC politicians".

In April 2019, judges at the ICC rejected a request to open an investigation, stating that it was not likely to be able to serve justice. 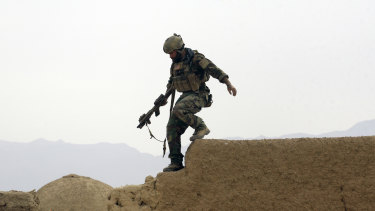 A US special operations forces soldier climbs down from a compound wall in Shewan, a former Taliban stronghold in Afghanistan’s Farah province.Credit:AP

The judges stated then that too much time had passed and that the expectation was that Afghanistan would not co-operate, making it unlikely that an inquiry would be successful.

Bensouda is seeking to investigate possible torture, arbitrary killings and other war crimes in Afghanistan since 2003.

The decision was quickly welcomed by many observers and activists focused on the war-ravaged country.

"This is welcome news for Afghanistan and justice for victims of war," the chairperson of Afghanistan's Independent Human Rights Commission wrote on Twitter, praising those who submitted testimonies and advocated for the case.

The prosecution would also look into soldiers and members of the CIA, and could also take in suspected secret detention centres outside Afghanistan.

Patricia Gossman, associate Asia director for Human Rights Watch, welcomed the ruling, saying the ICC was signalling that justice is not to be denied.

In 2019, the total number of civilian casualties since the UN began systematically recording the data in 2009 surpassed 100,000.