KATE Middleton has shared an emotional phone call with a woman who lost both of her grandparents to coronavirus.

The Duchess of Cambridge was touched by the “very moving” image of Pat and Ron Wood sent in by their granddaughter Hayley Evans as part of the National Portrait Gallery’s Hold Still photograph exhibition. 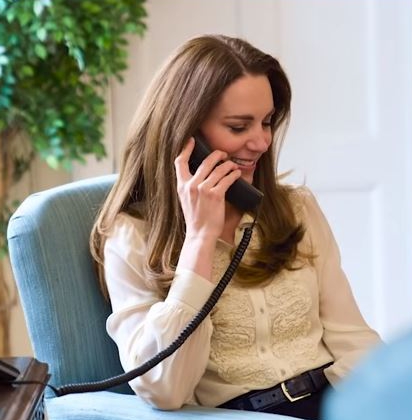 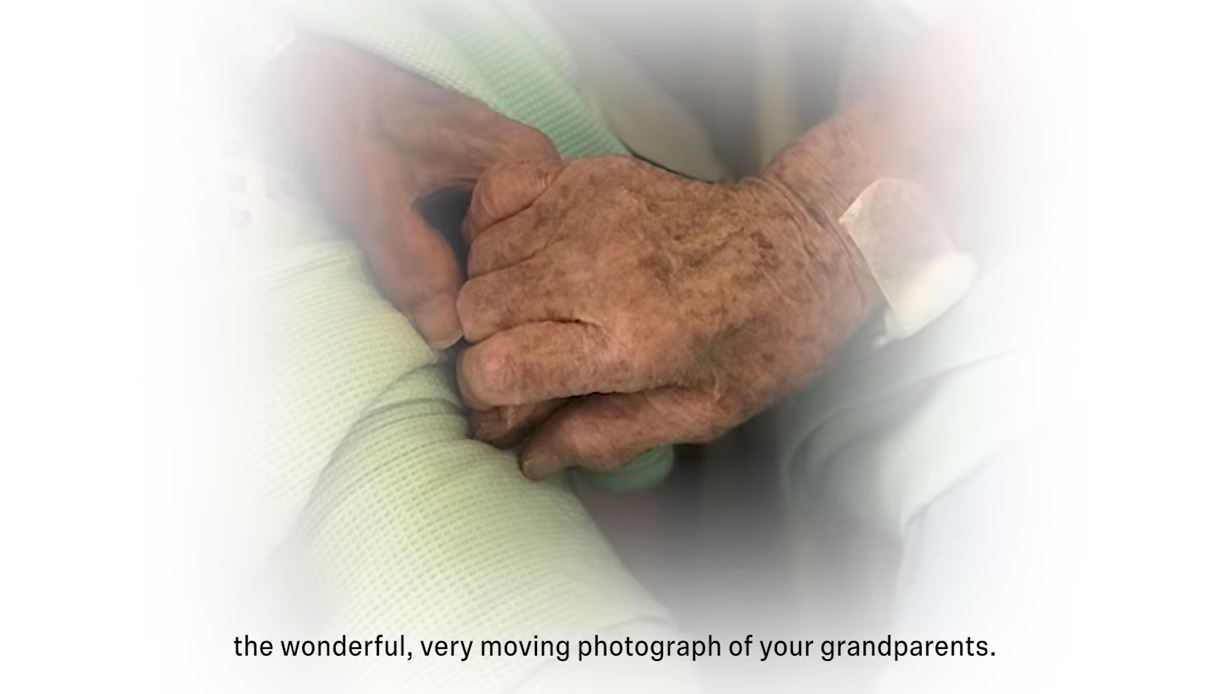 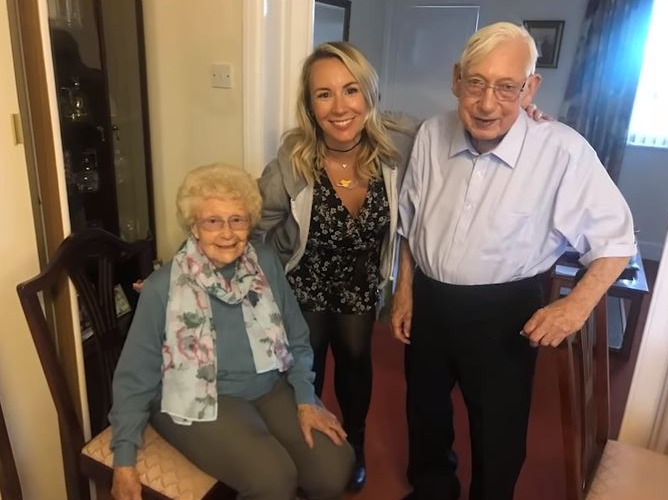 She then phoned Hayley, from Worthing, West Sussex, after being moved by the picture of her grandparents holding hands as they spent their final moments together in a Covid ward.

The heartbreaking image shows the couple – who were married for 71 years – embracing each other in their hospital beds.

Hayley's conversation with the Duchess was released on the same day Prince Harry's first trailer for his mental health series with Oprah Winfrey emerged.

It shows a clip of the Duke of Sussex with Prince Charles at his mum's funeral.

Meanwhile, the Duchess of Cambridge said she was moved by the story of Mr and Mrs Wood, who were first admitted to hospital one week apart.

They both then tested positive for Covid the nurses pushed their beds together and gave them their own room.

Pat, 91, passed away lying next to her husband, 94, who sadly followed just five days later.

I’m so sorry for your loss. I’m hugely grateful for you sending in such a personal photograph."

Kate told Hayley: “I wanted to say a huge thank you to you for sending in the wonderful, very moving, photograph of your grandparents.

“I’m so sorry for your loss. I’m hugely grateful for you sending in such a personal photograph.

“Were you able to spend quite a bit of time with them?”

Hayley replied to the Duchess: “They were isolating by themselves. They needed some help, but they were living very independently.

“They were isolating for five weeks and we used to go and leave food and things on their back door.

“One day, my grandad fell over. He had to go to hospital because he fractured his hip.

“At some point he picked up Covid. 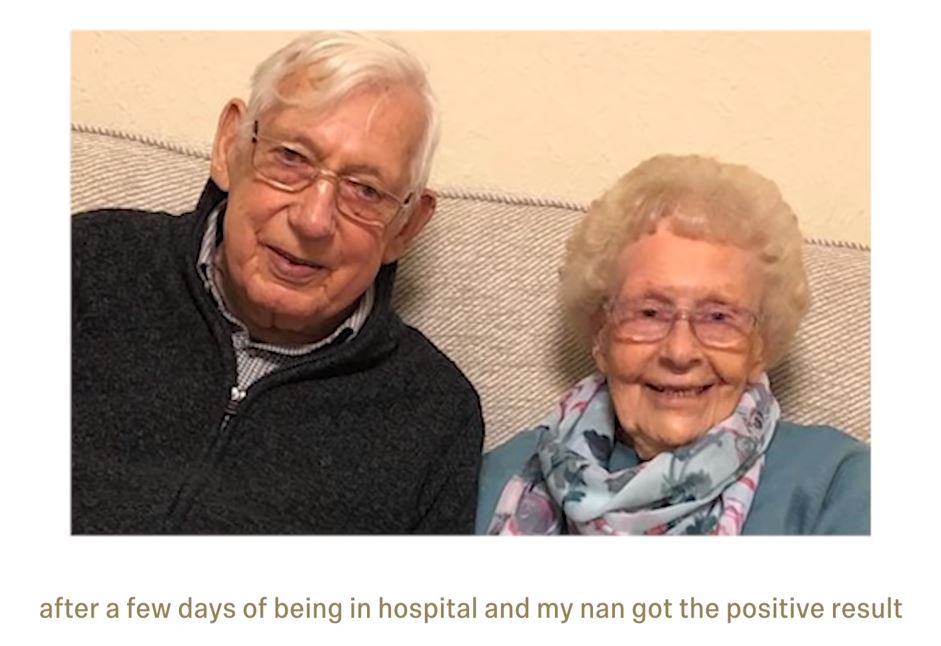 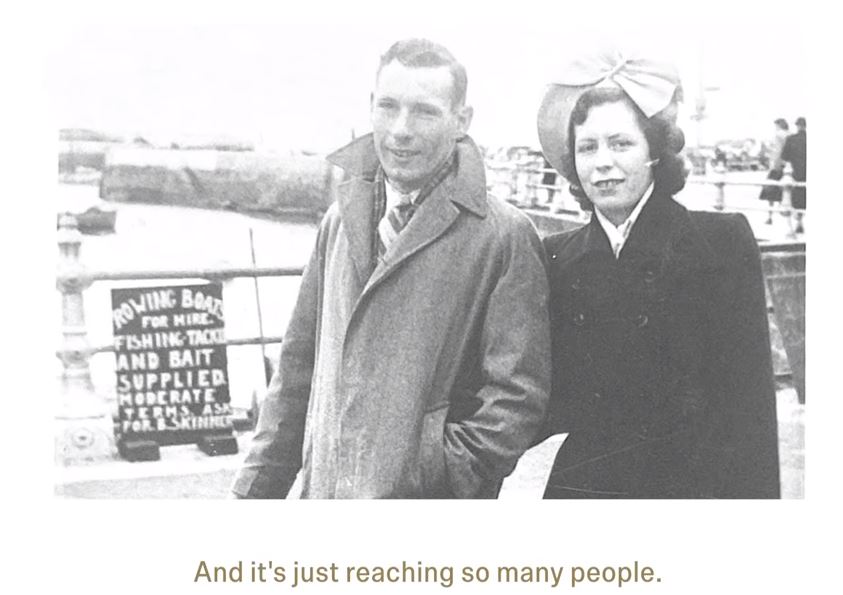 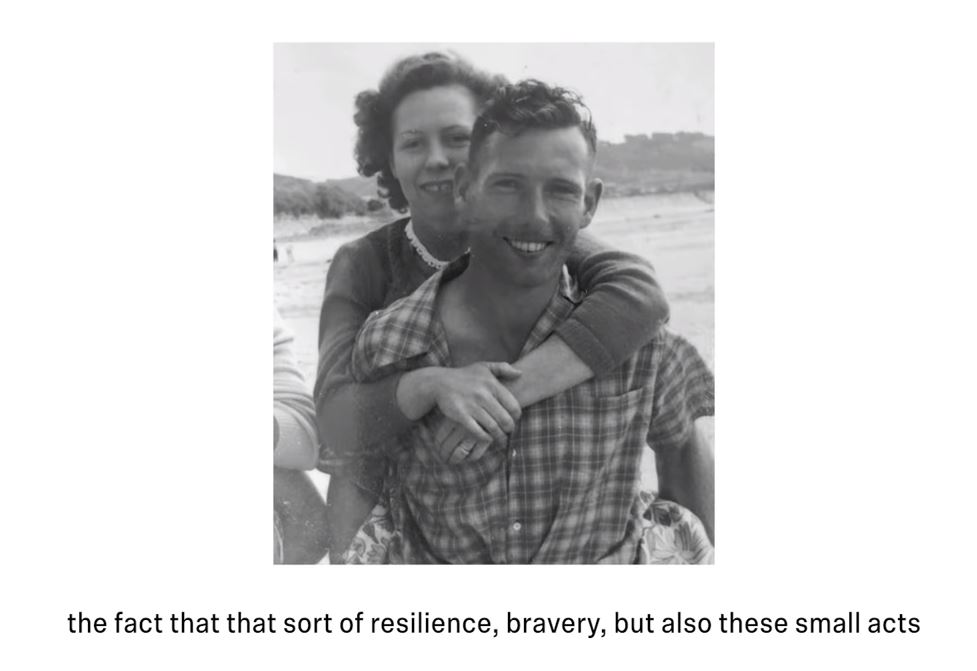 “My mum went and lived with them for three weeks, and each one of them got ill."

Hayley added: “After a few days of being in hospital, my nan got the positive result they were able to put them in the same room.”

Kate said: “Oh that must have meant the world to them.”

Hayley said: “My nan, it meant her absolute life being able to be next to him. She could just sit there holding his hand ‘Love you, Ron! Love you, Ron!’ and he was like ‘stop talking woman!’

“It was the best thing they could have done for them.”

Describing the photograph, Kate added: “The photograph is so moving, and that’s what I think is so lovely, is actually hearing people’s stories.

“And the things that have really resonated for them. I loved your sentence about saying how they appreciate the tiny things.”

“and they took nothing for granted. And it was just the ability to touch each other and hold each other in those last few days.

“I think things like that shouldn’t be taken for granted, particularly, you know, in the last few days of life.”

Hayley went on: “Although obviously it’s a sad photo, it’s also so happy as well.

Kate said: “And that they had in that moment in time the sort of comfort in each other.”

Hayley then told the Duchess that the night before her nan went into hospital they were watching the VE Day celebrations on television.

She said her gran really loved the queen and said it would have “meant so much to her” that her photograph was selected.

Hayley added: “Wherever they are, they’d be chuffed to bits.

“Their memory will certainly be remembered, that’s for sure.

“And you know their message, you know the fact that that sort of resilience, bravery, but also these small acts are the things that really matter and that really keep us together.

“I think that’s such an important message, especially during lockdown. And I think that really resonated with lots and lots of people.”