Lewis Hamilton has lost a planning row over plans for his new garden summerhouse after a studio next door used by artists including David Hockney argued it would shut out the natural light they need to work.

The six times Formula 1 world champion – who is worth £130million – lodged two separate plans for his six-bedroom £18million Victorian mansion in west London.

The sports star wants to extend the back of the property and rebuild the outbuilding – containing an office and study – in his 200ft garden.

But there were complaints from his millionaire artist neighbours who claim the planned summerhouse could block sunlight and would darken their workspace.

Royal Borough of Kensington and Chelsea Council has rejected the plans for the summerhouse – but are still yet to decide on Mr Hamilton’s house extension plans. 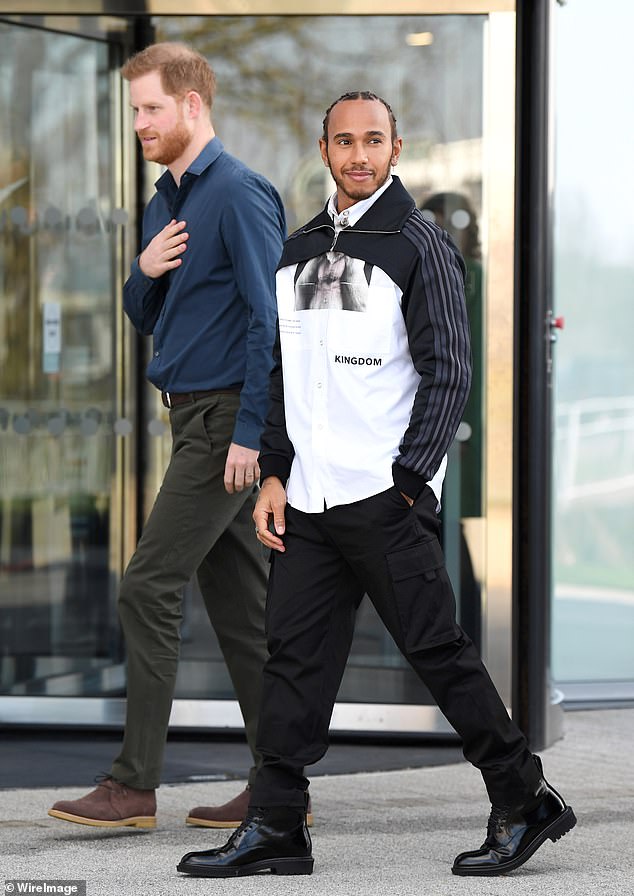 Lewis Hamilton, pictured with Prince Harry at Silverstone last week, has lost a planning row with a group of artists over plans for his new summerhouse 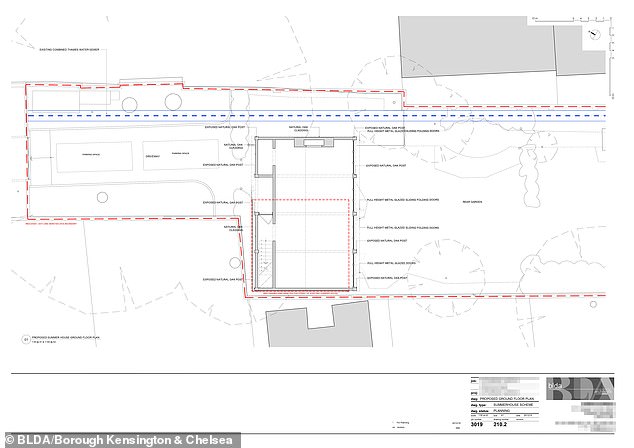 Lewis’ summerhouse plans, which would have involved rebuilding an existing building at the bottom of his 200ft garden, has been rejected after artists next door complained 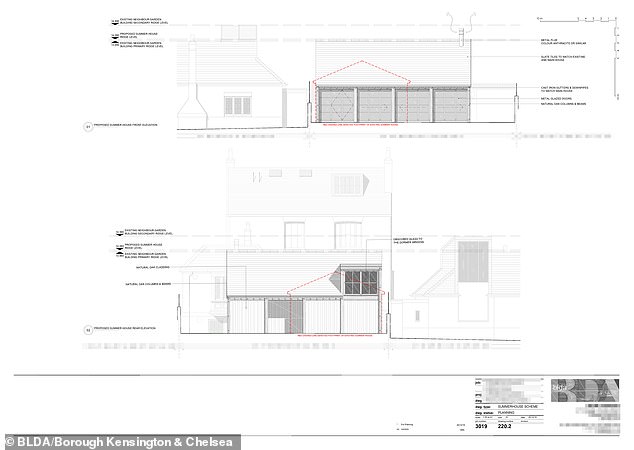 The group from Pembroke Studios – sent objections to the council.

In their letter, they said: ‘As the owners of these Grade II listed buildings and as working artists who depend on natural daylight, our working and living conditions would be seriously disturbed by the plan, as currently described. 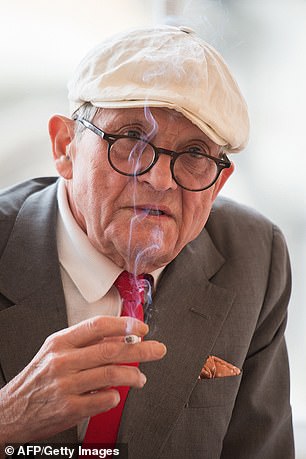 ‘It is also a concern that [the] studios continue to be attractive to individual artists, or art institutions, and this plan diminishes their appeal.

‘Light is an essential condition of art.’

One local in another objection added: ‘Any rebuilding of an existing garage or summerhouse is therefore not only superfluous and unnecessary, but it will cause great disturbance, noise and building pollution to us and the long term residents of the surrounding houses who will have their view changed and no longer be able to have the quiet enjoyment of the current landscape in which their houses are set.

‘Surely it is the council’s duty to protect whatever oasis of tranquility and wildlife the Borough has left in this conservation area, as well as the quiet enjoyment of the families of longstanding residents who have always lived here, rather than those who never will.’

The F1 champ bought the house in Kensington, west London, three years ago.

It has a large front garden, parking and garage, alongside a kitchen/family/dining room. 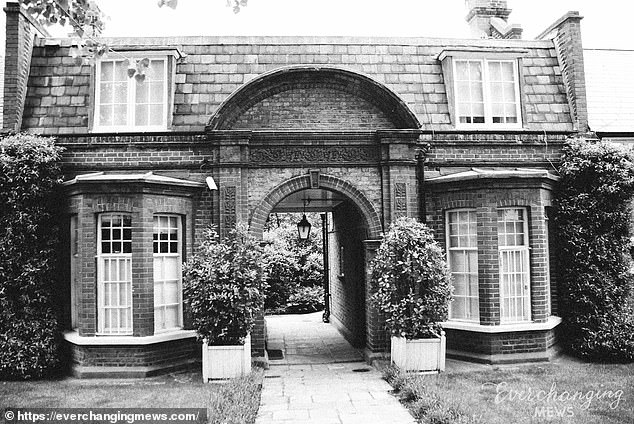 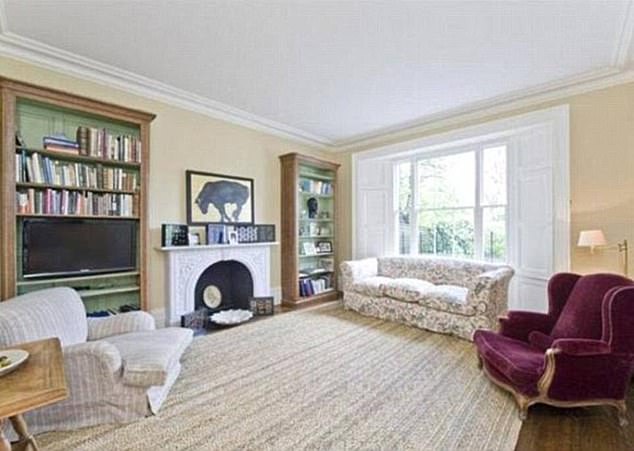 When purchasing it, he managed to knock almost £2million off the price after owners Burberry chief designer Christopher Bailey, 46, and his husband, actor Simon Woods, 37, originally priced it at £19.85million.

At the time of purchase, it was not clear how the unmarried 32-year-old would split his time between his other properties in Monte Carlo and New York.

One angry neighbour claims that Hamilton has not even set foot in the pad since purchasing it.

They said: ‘The current owner bought the property for £18million in 2017 and has never set foot in it.

‘Foxes have set up residence in its garden and no works have been done on the house which has been vacant and unoccupied since the last owners left years ago.’

Architects BLDA, representing the F1 champion, said of the summerhouse plans: ‘The proposal includes construction of a timber framed building with metal glazed doors facing the garden and slated roof to match that of the existing.

‘Planning permission is sought for the new design proposal which is seen as a necessary upgrade of the existing summerhouse.

‘The purpose of this building is incidental to the enjoyment of the main house and garden and keep the use as a single-family dwelling house.’