SITTING with his sobbing client in a private room, Steve Dagworthy calmly explains the horrific reality of what awaits them in a British prison.

But Steve isn't a lawyer – he's an ex-con who now makes his living as a consultant 'prison prepper', teaching wealthy criminals how to survive behind bars. 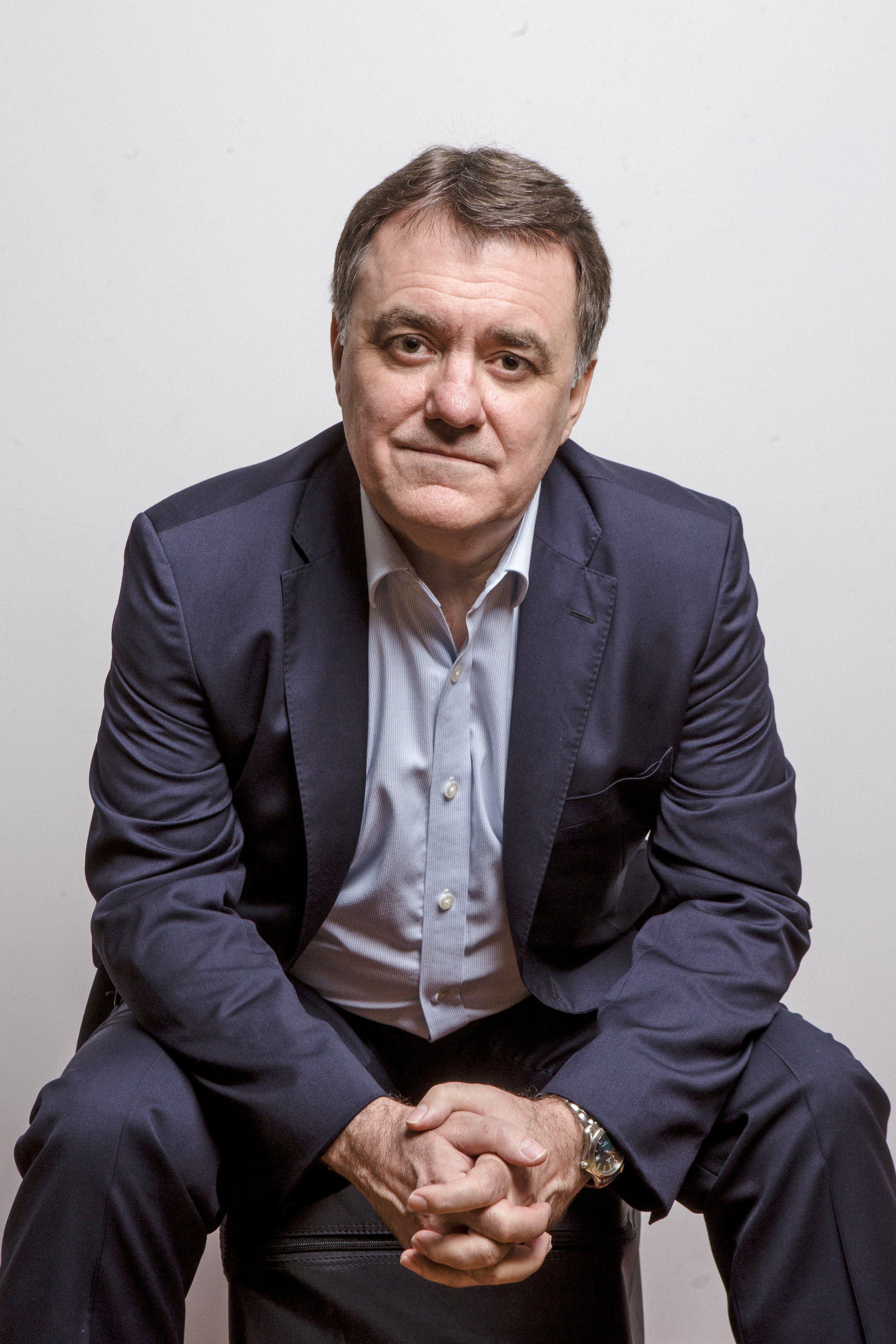 Steve, who founded Prison Consultants eight years ago, is one of just a handful of people in the UK who give criminals practical and psychological advice before and throughout their sentence.

And he got his expertise from his own time in one of Britain's most dangerous prisons — HMP Chelmsford in Essex — where he witnessed horrific violence and rife drug use.

He even saw the gruesome aftermath of a "sugaring" — where boiling water and sugar are mixed together to make a prison napalm that melts the flesh off its targets.

His new reality began in 2009, when Steve’s quiet family life as a financial broker came to an abrupt end and he was given six years for committing fraud.

The crime would become the biggest regret of his life — but he had no idea just how brutal his sentence was going to be when he cluelessly stepped out of the van in his Gucci shoes when he arrived at the jail. 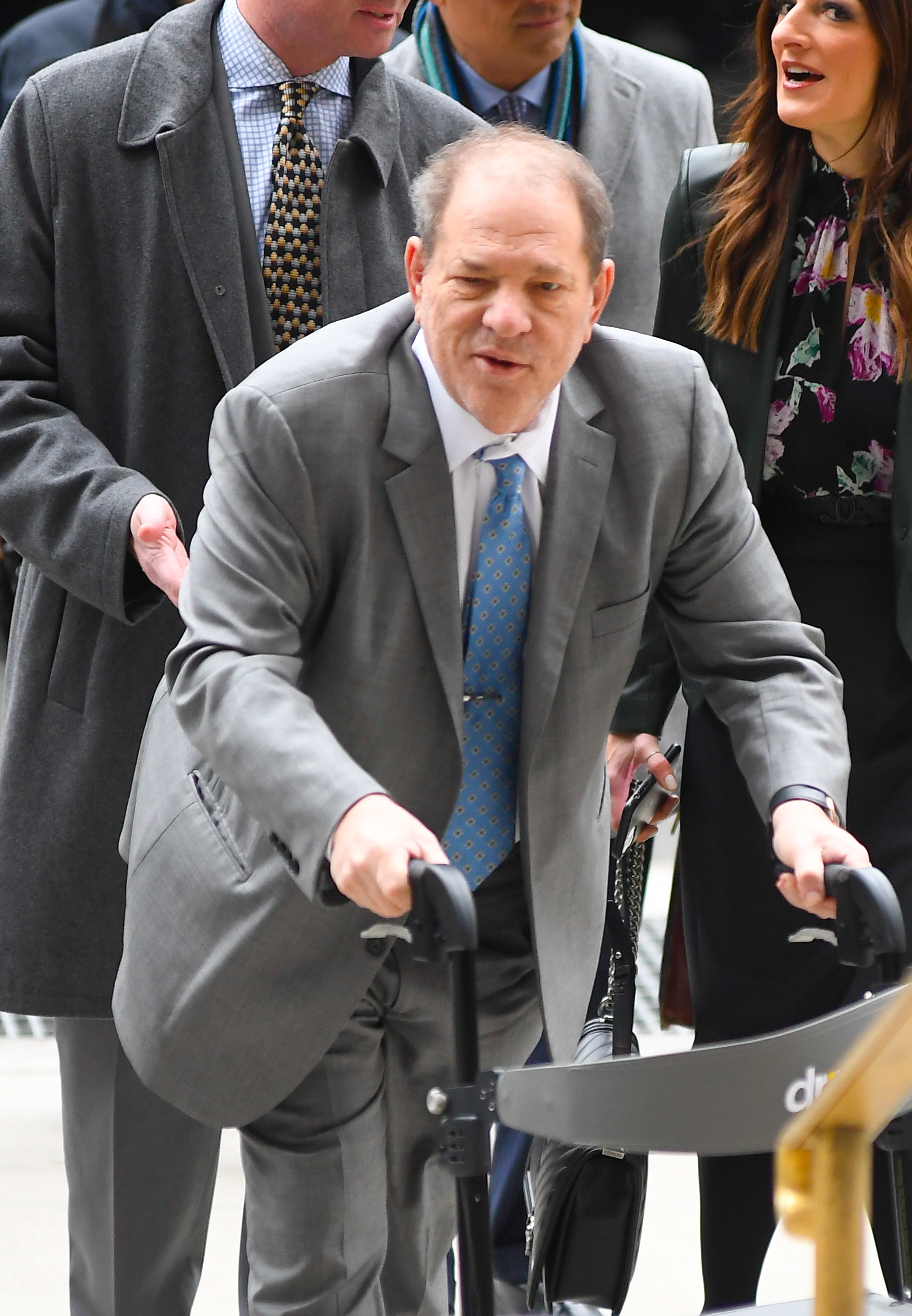 “When I arrived in prison I was wearing my very expensive suit,” Steve told Sun Online.

Phone numbers and cash might not seem like obvious things to take with you into prison — but you'll need both on you already to make a call when you're eventually allowed to make one.

Steve adds: "The prison van may as well have been a spaceship to be honest with you, because it dropped me into another world which I was completely unprepared for."

PRISON PREPPERS' TIPS FOR SURVIVING INSIDE

'I was never going to be able to cope' 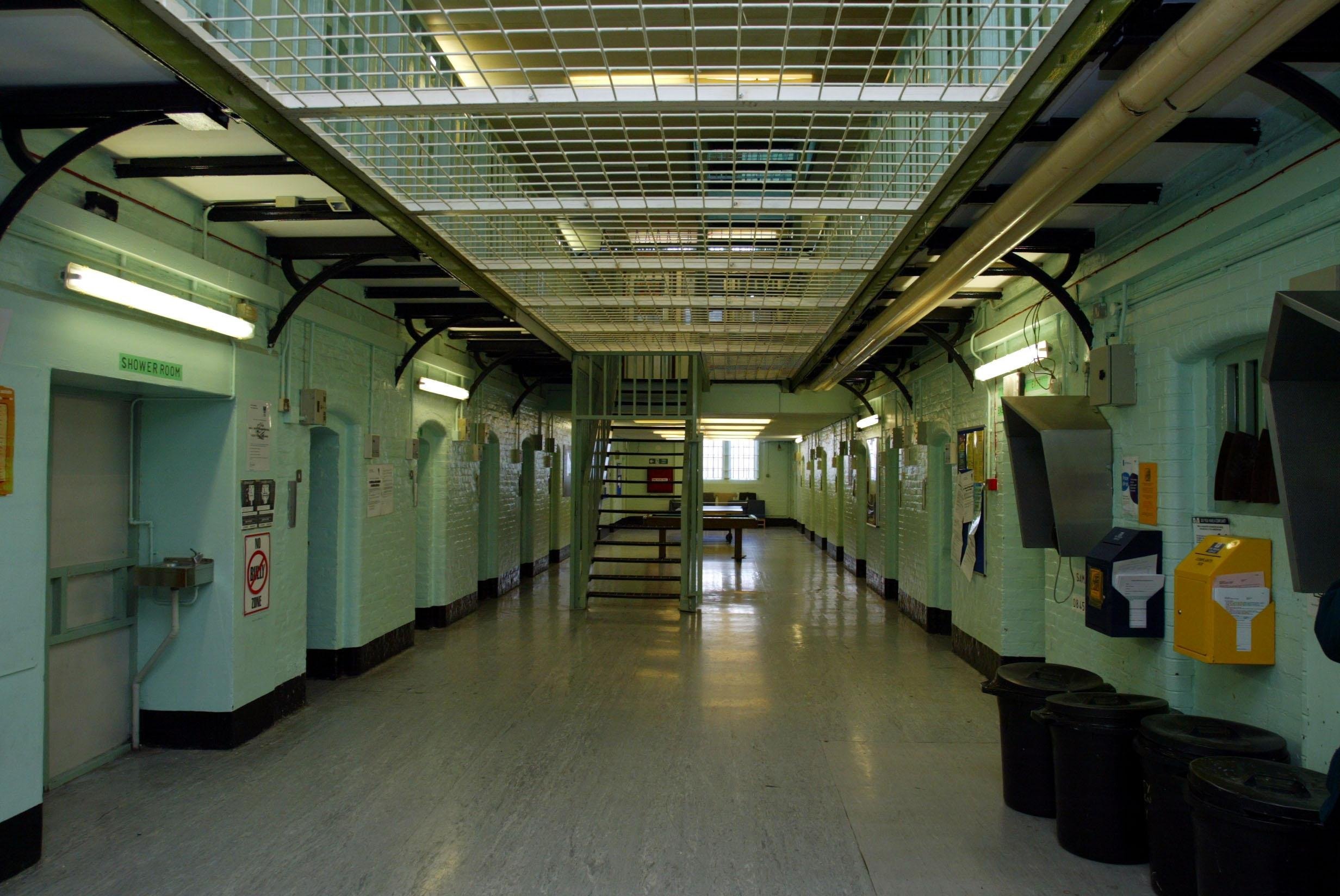 When the prison gates clanged shut behind him, Steve realised he was left with absolutely no idea about what to do or how to get anything done.

“I was completely unprepared when I arrived in prison,” Steve says, “And frankly wouldn’t have known where to get the information other than my solicitor, who told me nothing.”

Like everyone else he’d heard about the savagery of prison life, but no one had told him exactly what to expect — and how to keep out of trouble — in the nightmare cells.

And it wasn’t just Steve who was terrified for his safety — for family members, the anxiety of having a loved one sent down can be a sentence for them too.

That’s almost a bit like a bereavement, to a certain degree, because you’re no longer in their lives.

“I’m gone — the individual’s gone, so they’re out of their lives for a little while,” Steve says.

“That’s almost a bit like a bereavement, to a certain degree, because you’re no longer in their lives.

“But also they’re worried — they watch what goes on on TV and read in the newspapers about the horrors that go on in prison.

“They instantly feel, probably with me, that I was never going to be able to cope.”

Steve says the families of his wealthy white-collar criminal clients always ask the same question about their condemned love one that his own family worried about: how are they possibly going to function in prison? 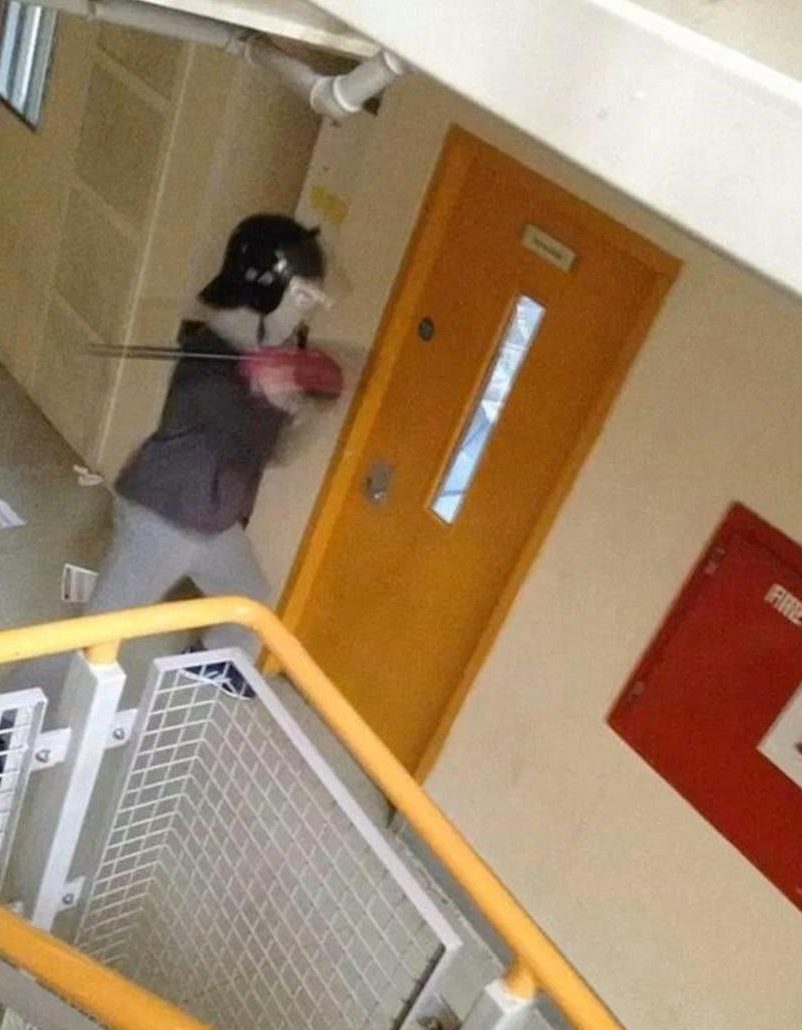 And Steve’s family were right to be fearful.

Inside, Steve said violence was “always simmering” on the wing – and the methods used by lags to attack each other were horrendous.

One of the most common tactics prisoners use is called "sugaring" — where boiling water is mixed with sugar and then thrown over the victim.

"It becomes like a treacly thick liquid that if poured over someone, you can’t wipe it off," Steve says.

"It just stays on and keeps burning and burning. I remember seeing a victim of that once and it was a pretty shocking scene.

"You could just see his face almost melting in front of me."

Razor blades are also attached to toothbrushes to form makeshift "shiv" weapons and pool balls or batteries are stuffed into socks to make clubs.

You could just see his face almost melting in front of me.

But weaknesses in security across the prison system means that the situation for Steve’s clients going in today is even more severe.

“Knives are commonplace now in prison,” Steve says. “There was one case at one prison where the governor sent a memo to everyone offering them a knife amnesty if they turned their knives in. We’re not talking shivs, we’re talking proper knives.”

And he knows just how easy it is to be targeted by violence inside – which can erupt over nothing at all.

Steve once saw a prisoner ask an officer on the wing for help using the prison’s phone system, but the officer told him he didn’t care about his problem and walked away.

“The guy turned around and just hit the first person next to him,” Steve says, “Because that was the only way he could release that anger and aggression.” 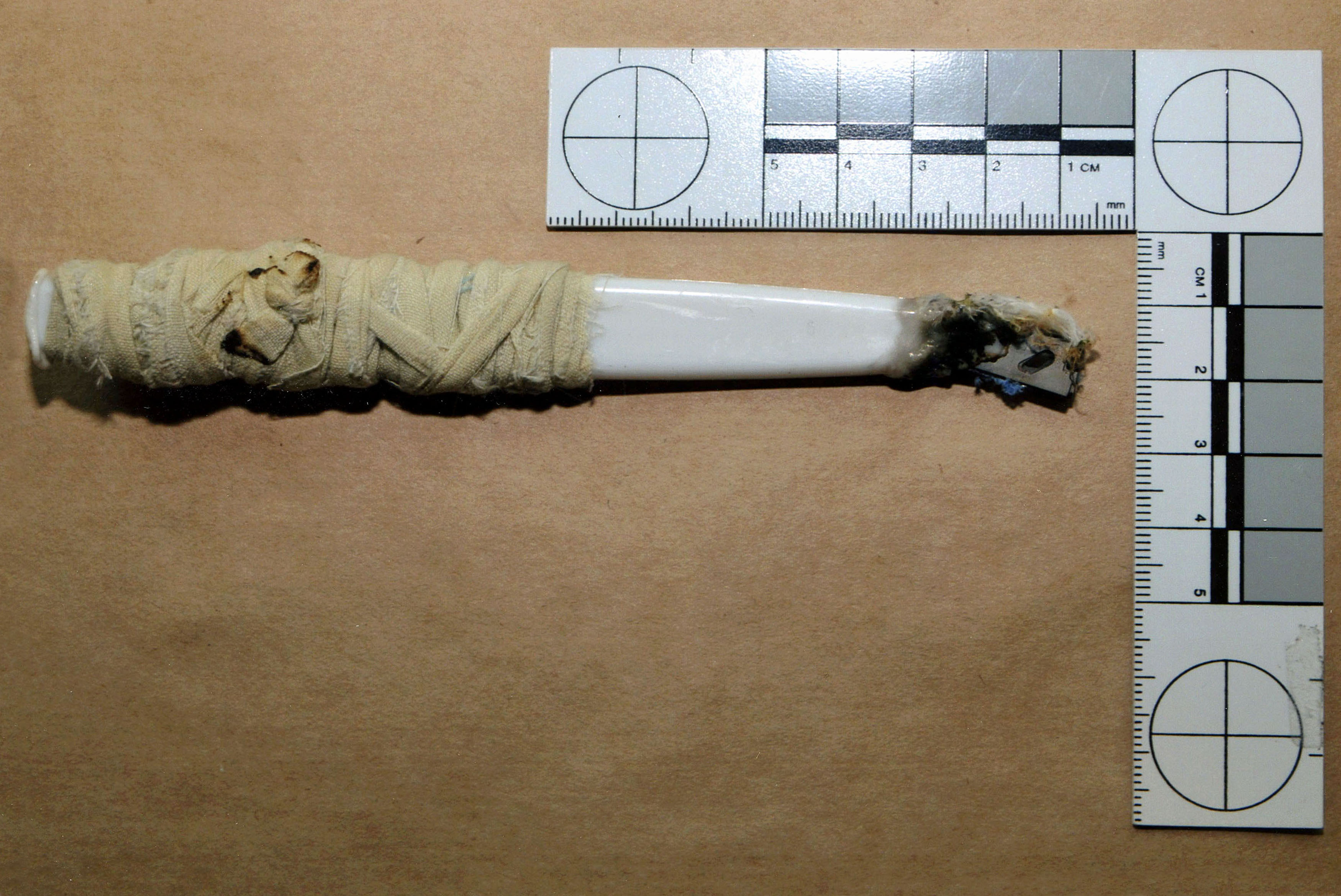 But Steve’s experience wasn’t even the worst of what can be expected in prison.

Criminals convicted of sex offences are hated by other prisoners — and bloodshed is the way they make their feelings known.

"Someone convicted of a sex offence is always separated, or we would always advise to keep away from the main population because, undoubtedly, someone somewhere will take it upon themselves to wreak revenge on behalf of their victims."

One would assume he’s going to have a small problem.

A recent example is Richard Huckle, dubbed Britain’s worst paedophile after abusing up to 200 Malaysian babies and children, was reportedly found strangled and stabbed to death in his cell in HMP Full Sutton in October, according to reports.

And disgraced media mogul Harvey Weinstein, who now faces decades behind bars for rape and sexual assault, hired a prison prepper like Steve to help him come to terms with the new nightmare life awaiting him in New York’s notorious Rikers Island prison.

"Because of the way he is, the way he portrays himself, the ego that’s there, what he’s done throughout his life, and what he’s been convicted of, one would assume he’s going to have a small problem,” Steve says. 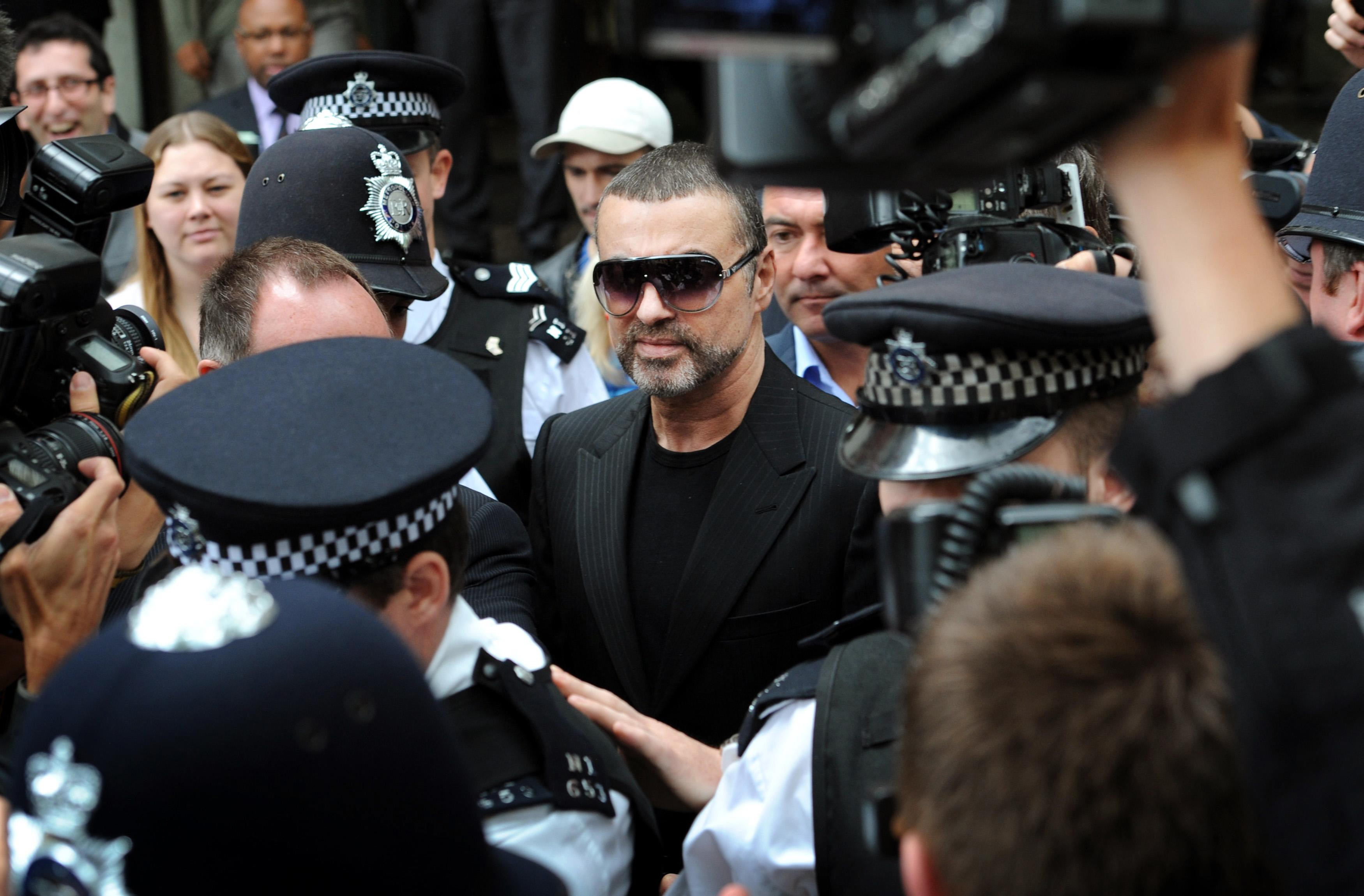 But the arrival of any high profile offender, no matter what they’ve been convicted of, will be anticipated in a jail.

And opportunistic prisoners look out for wealthy individuals on their way to the wing in media reports ahead of their incarceration.

"Word will get around within the prison that mister so-and-so is coming," Steve says, "And that they may have a few quid.

"To the wrong prisoner, that is tempting to try and extort in some way."

Steve learned one of the most important pieces of advice he now gives to his celebrity clients from seeing first-hand how to deal with being famous in prison.

Because he spent 2010 in HMP Highpoint during George Michael's stint there for crashing his Range Rover while high on cannabis.

“We all knew he was there because there was a chorus of Wake Me Up Before You Go-Go and Freedom, funnily enough, erupted from the wing,” Steve says.

“He needed help because he came in with nothing, so I think the lads had a bit of a whip-round and gave him some juice and sweets and crisps and things because he had absolutely nothing.”

Now Steve tells the powerful people who hire him to follow the example.
“It’s getting them to understand that once you get to prison, you are a surname and a number,” Steve says.

“You’re treated the same as everybody else.”

Don't do any favours 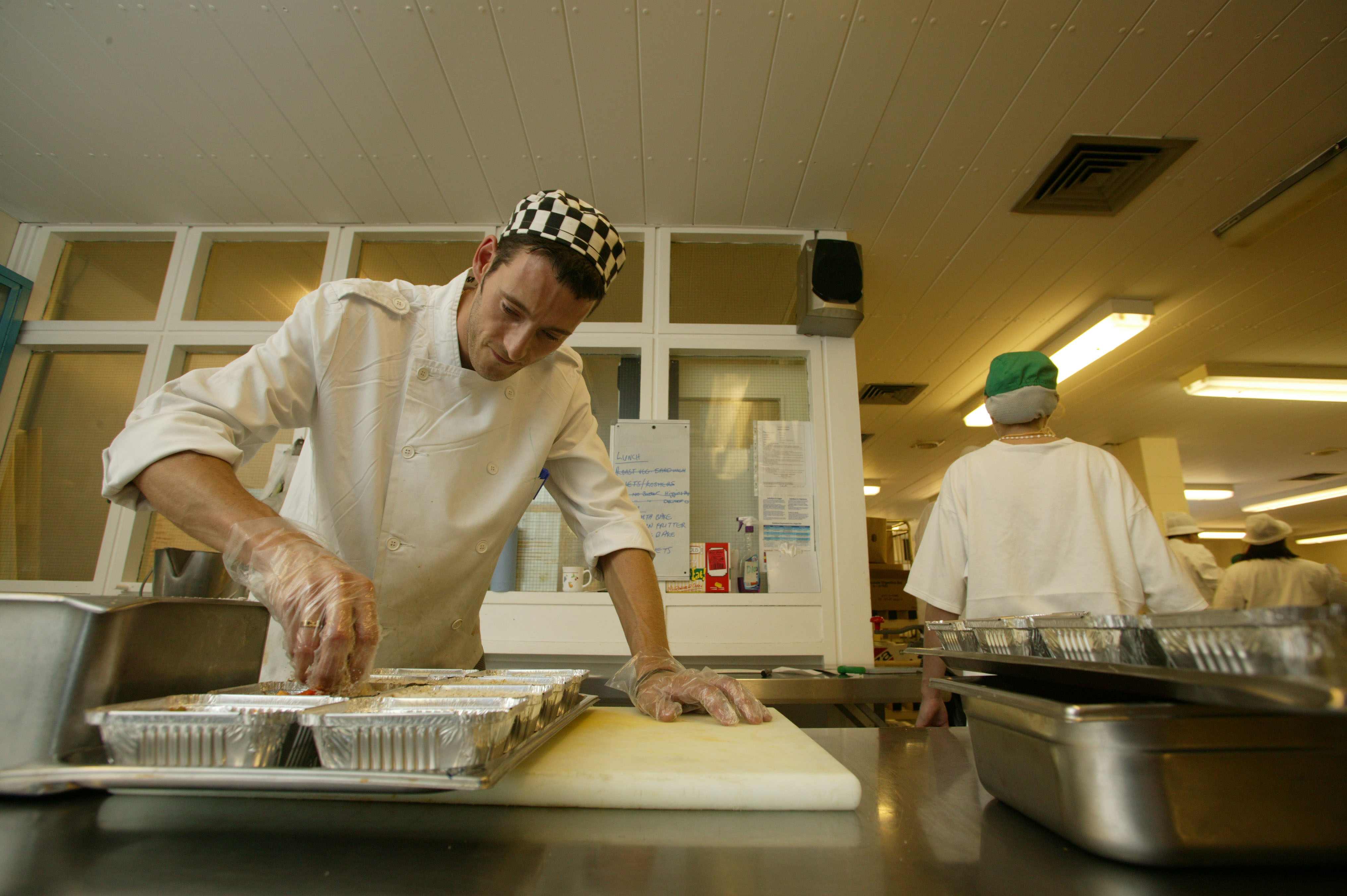 But no matter who hires a prison consultant, Steve says there are some basic unwritten rules that everyone should be aware of before they go into the slammer — he calls them "cell etiquette".

"When you move into a new cell, it’s simple things like the bottom bunk is the senior bunk," Steve says. "So whoever’s in first, they get the bottom bunk.

“You keep all yourself to yourself. You don’t contemplate taking a squeeze of someone else’s sauce without checking with them first. 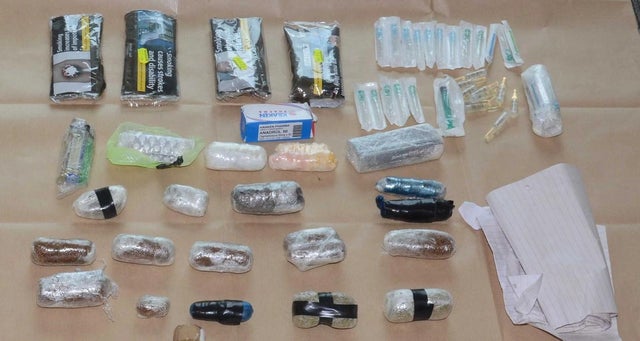 And even more importantly, Steve learned from his time inside that there are certain jobs you should never choose to do in jail.

"Anything that could bring about some requests or bullying or favours to be asked, such as the kitchens," he says.

"Litter picking outside is one I would avoid because there could be parcels coming over the wall and someone trusted would go and collect them.

"As soon as you get into that world, as soon as you start doing anyone favours in any way, shape or form, life becomes very difficult."

Steve says the point inside is to focus on yourself, and avoid falling into the traps of working for other people.

Moving to a softer prison 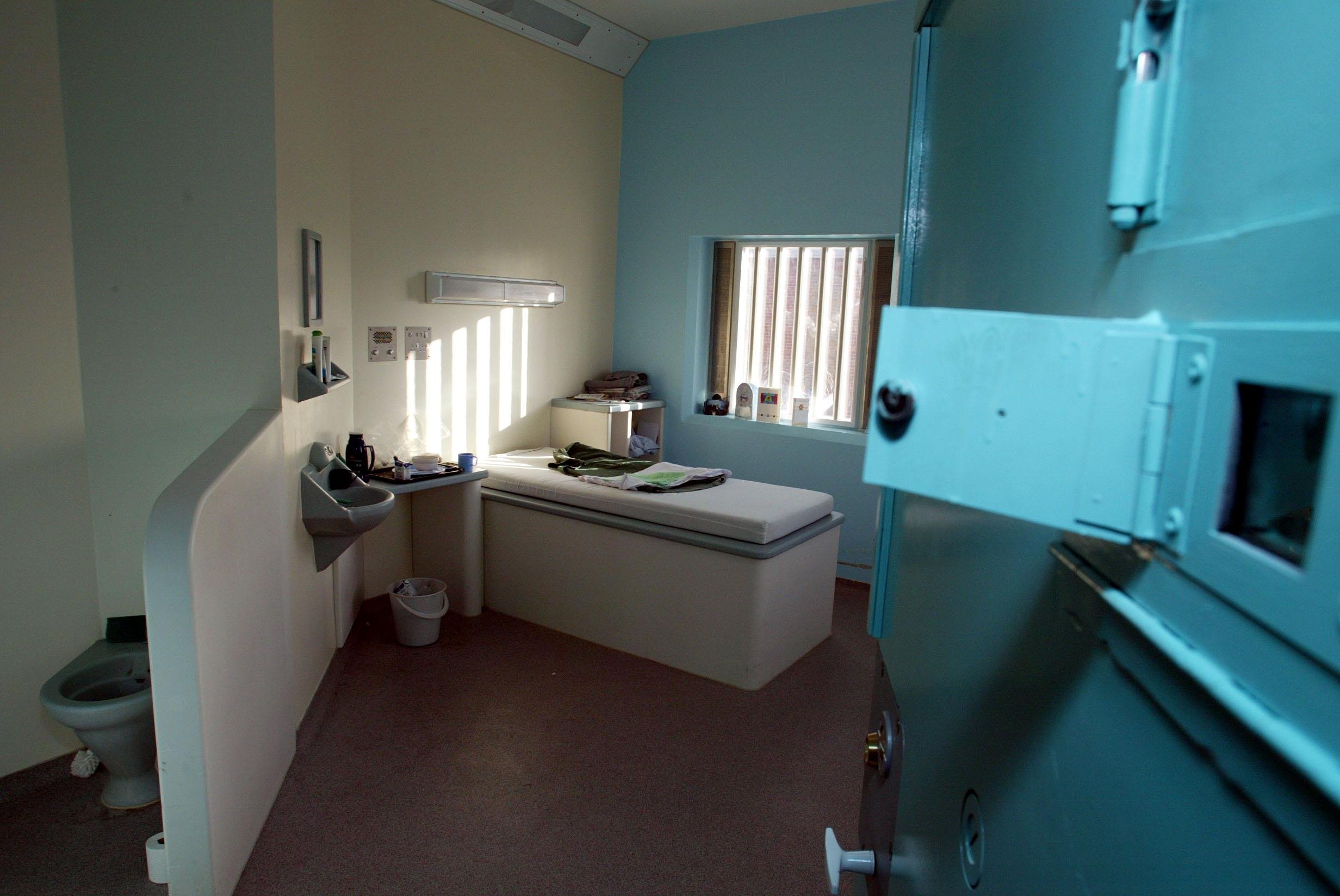 Inside, conflicting sources of advice can also be a problem.

Hardened criminals that self-style as "wing gurus" often give newcomers advice, but it might not always be helpful.

One example Steve sees is being told to enrol in certain programmes in the prison which might sound appealing, but can actually keep you in that specific prison longer than you need to be there.

As well as preparing prisoners going into jail, one of the services that consultants like Steve offer is helping clients get to lower category prisoners during their sentence.

Prisons in the UK are sorted into four categories: A, B, C, and D — category A prisons are the highest security for the most dangerous offenders, while D are "open prisons", where inmates can go to work and spend most of their time outside the jail.

Understand that once you get to prison, you are a surname and a number.

"Most of our clients go from B to C almost straight away at the first categorisation process," Steve says. "Then it’s a case of getting from C to D."

To do that, prisoners have to complete offender behaviour programmes demonstrating that they can be trusted.

Consultants like Steve help guide prisoners through these processes and can check in with prisons to make sure their clients are being offered a clear path of progression.

Get ready for 'gate fever' 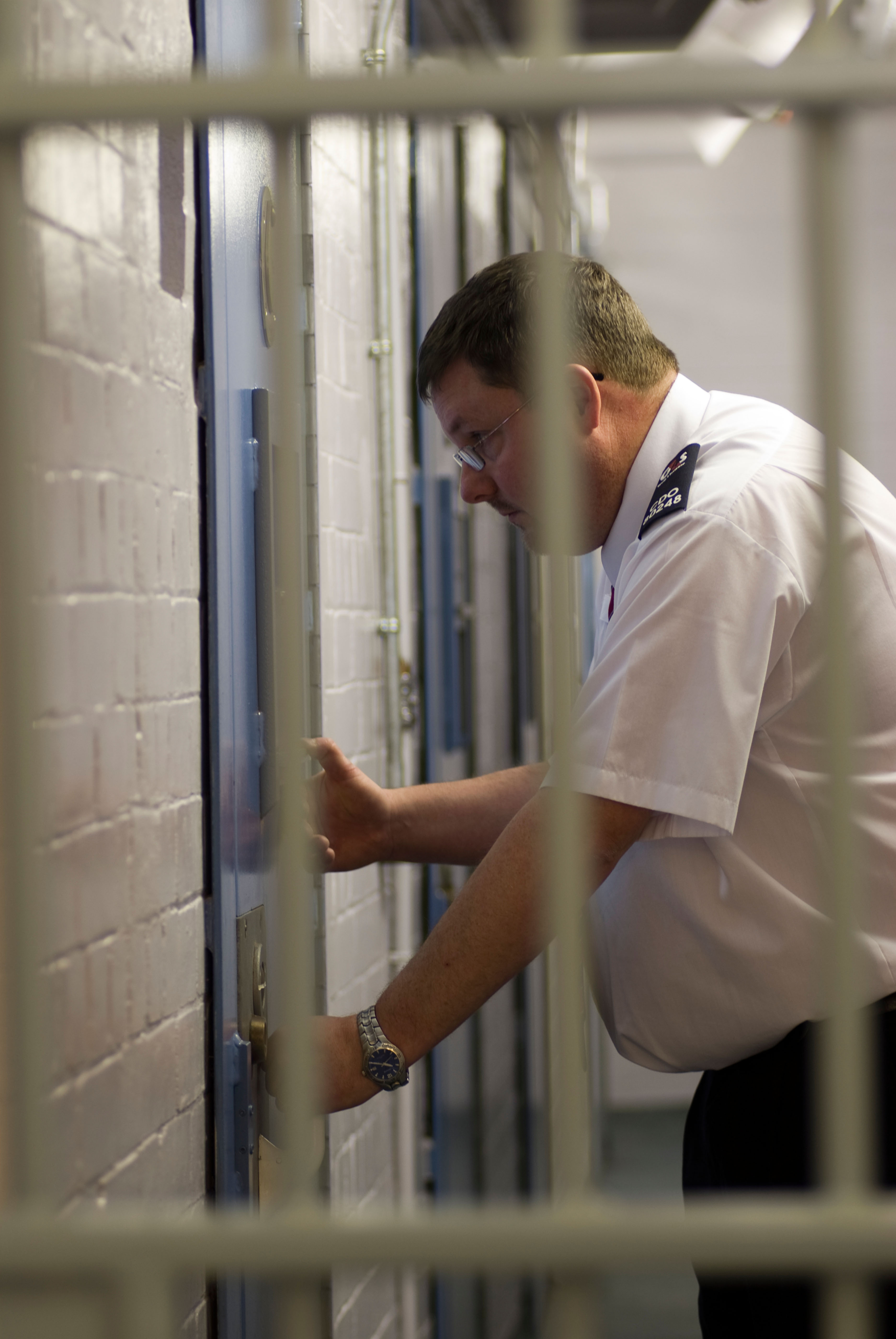 “There’s something called ‘gate fever’, which every prisoner gets," he says, which is the sheer panic of having to come back into the world again.

"The biggest problem with coming out of prison is that it’s actually more scary than going in," Steve says. "Once you come to terms with prison, you are in a cocoon."

After going from having all your meals cooked for you, having no bills to pay, and being around other criminals all day, readjusting to the outside world can be a daunting prospect.

"You’re not sure how society is going to accept you," Steve says.

"You feel like you’re walking round with a big tattoo on your head that says, ‘I’m a prisoner’.” 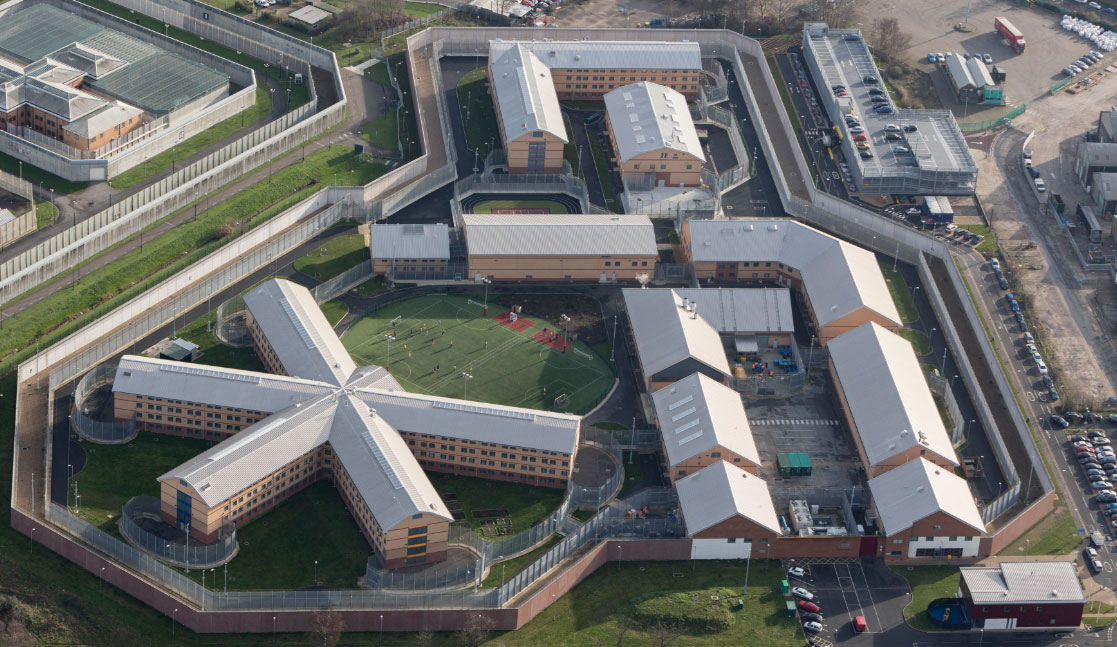 For the last eight years, Steve's business has gone from strength to strength as the British legal system has grown more accepting of prison consultants.

Some prisoners pay a few hundred pounds for a one-off advice session for a consultant while others retain them on an hourly rate right through their prison journey.

But Steve reckons his advice regularly needs updating as prison conditions have worsened in recent years due to worsening funding cutbacks.

He thinks the situation is now so bad in certain prisons that the government is wrong to continue to push for longer sentences.

"Trust me, hopefully you’ll never become a client of ours, but six months in a prison like Wandsworth, you’re never going to commit another crime."