A policewoman has been filmed Tasering a raging 25-year-old man after he repeatedly refused to put down a microwave.

Body-camera footage caught the officer shouting at Nathan Caine to drop it 12 times before firing the Taser at a YMCA in Cardiff, Wales.

Caine, from Barry, Vale of Glamorgan, has been jailed for four months for assault, criminal damage and using threatening words or behaviour.

The video was released as South Wales Police revealed plans to spend more than £273,000 on a further 331 Tasers for its officers. 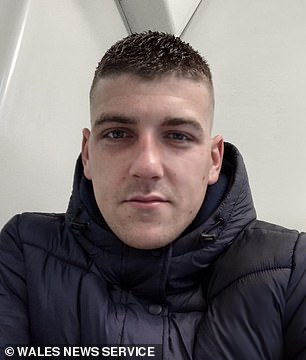 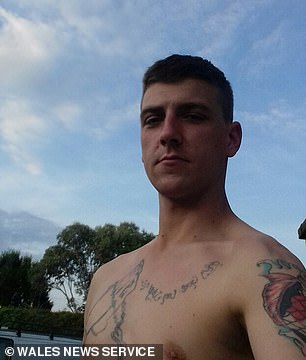 Nathan Caine was jailed for four months after he grabbed a microwave and refused to put it down when officers approached at a YMCA in Cardiff, Wales 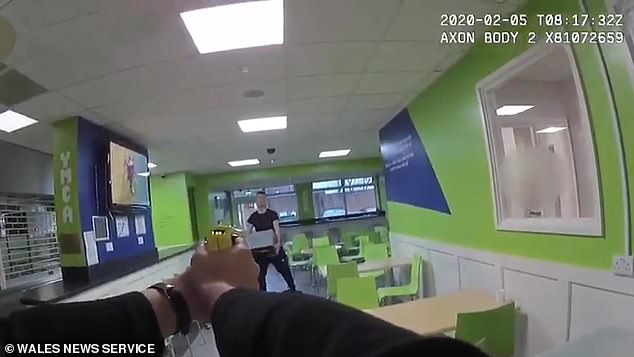 The clip begins with Caine grabbing the microwave and shouting as the policewoman approaches with another officer.

Caine collapses and writhes on the floor after she shoots him. He appears to mumble ‘sorry’ as the policewoman orders him to hold out his arms so that they can be handcuffed.

Sharing the footage, South Wales police said: ‘Despite a number of requests to put the oven down it was necessary to discharge a Taser.

‘Tasers are used to ensure the safety of officers and members of the public.’ 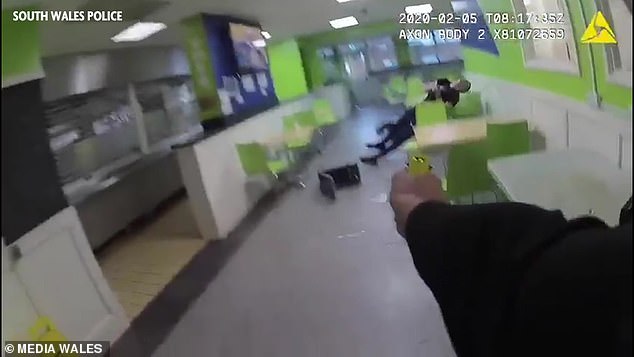 After Caine is shot, he collapses and starts to writhe on the floor. A spokesman for South Wales police said it was ‘necessary’ to fire the Taser 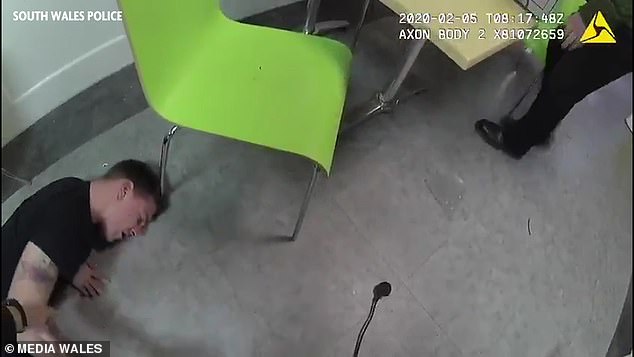 The policewoman then approached and ordered Caine to put out his hands so that he could be handcuffed. He was sentenced at Cardiff Magistrates’ Court

‘Equipping officers to be able to protect themselves, their colleagues and, importantly, the public, is a priority.

‘This increase is not in response to a specific threat, but the nature of policing means officers frequently put themselves in harm’s way.’

Caine was jailed following a hearing at Cardiff Magistrates’ Court. The video was filmed on February 4.