A WOMAN has been left mortified after a neighbour left a note revealing they "can see everything" in the bathroom.

Sarah Yates and cousin Kay, both 26, believed there was no danger people nearby could see in when they shower as the bathroom window is fitted with frosted glass. 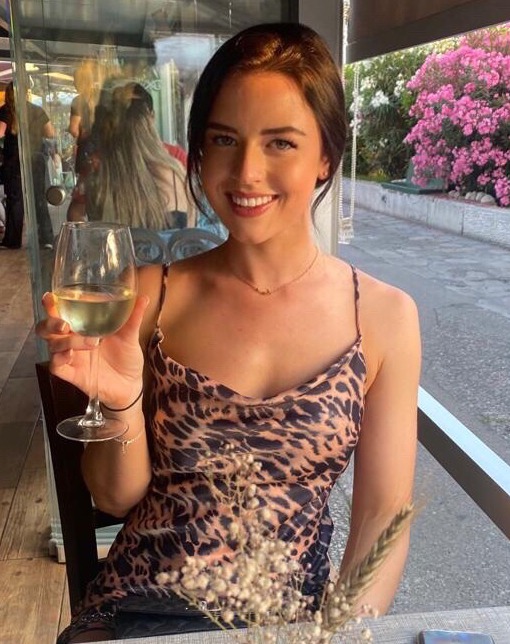 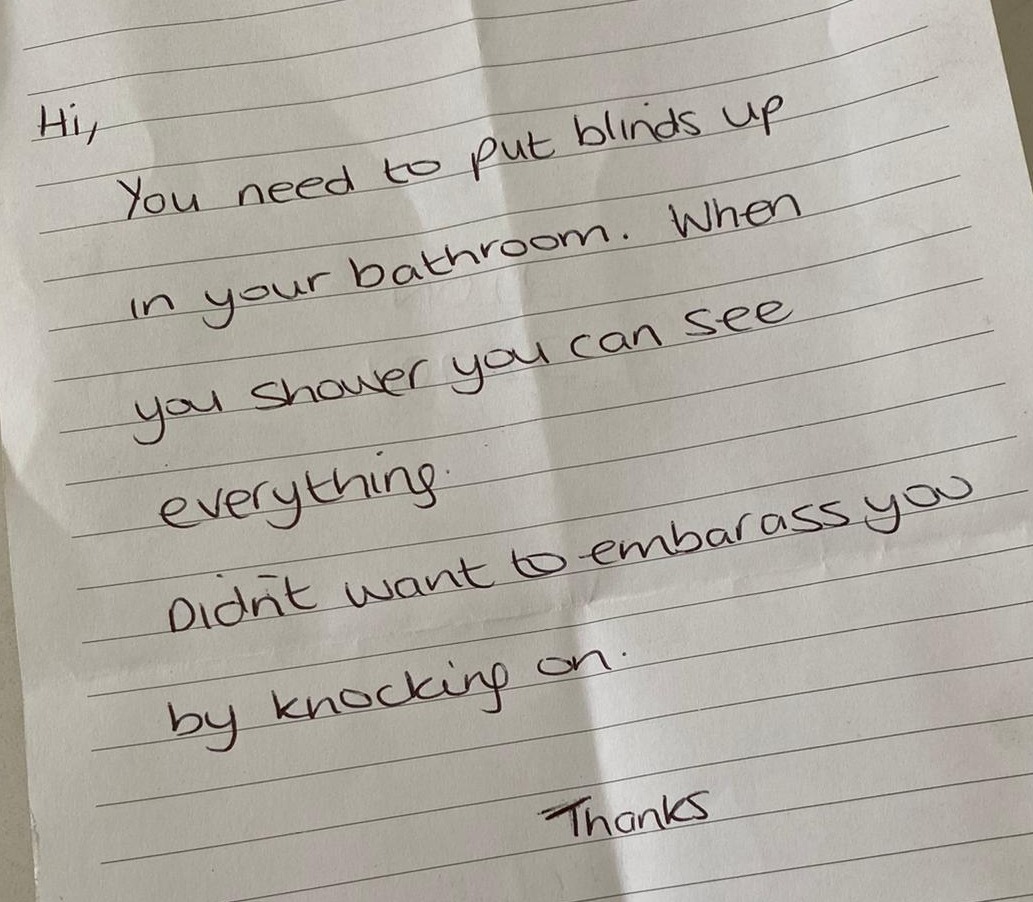 But Kay awoke to discover a note on the doormat from an anonymous resident who said the pair need to have blinds fitted.

The handwritten note, which was pushed through the letterbox, reads: "Hi. You need to put blinds up in your bathroom.

"When you shower you can see everything. Didn't want to embarrass you by knocking. Thanks."

The pair have lived in the property for a year already – making their mortification all the greater.

Sarah, who is currently on holiday in Greece, was alerted to the note when she received a message from Kay.

The journalist, of Stockport, Greater, Manchester, said her "immediate thought" was "oh my God".

"I already knew they'd be able to see outlines through the window, but I didn't think it was an issue because of the frosted glass," she said.

"We've stood in the garden to see what it looked like, and it's just an outline of a body, but I suppose it must be quite visible to one of the three neighbours who look over the window."

Sarah bought the terraced home in Edgeley, Stockport, around a year ago – and says the bathroom "was a state", with dim lights fitted.

"The light when we first arrived wasn't very bright, so now I've got four spotlights in there," she said.

"That must be the difference – it just shows everything up.

"It must be more visible than I'd realised when it's dark."

And she has no idea which of her neighbours could have sent the note.

"It could be from any of the three houses at the back – all have windows that look into the bathroom," she said.

"It's all just a bit embarrassing. I'm on holiday – my cousin sent me picture of it. My immediate thought was, 'Oh my God'."

Still, it could be worse. In February, we reported the story of one man who was sent a note from next door asking him to keep sex noises to a minimum.

The handwritten letter asked if the man could "please fix your bed."

It continued: "The walls are very thin in this building and we don't really want to know when you are having sex. This issue concerns new flats. Many thanks in advance! "

And it was even worse for a couple who were left a recording of noises coming from their property by furious locals.

One neighbour took it upon themselves to inform the loved-up couple that their passionate lovemaking was bothering everyone nearby.

The long and very detailed note even included a helpful graphic explaining how "reverberation" works to carry their sex noises across the building.

To make matters worse, a USB recording the couple's noisy antics had been attached – just to prove how loud they really were.

And one Twitter user shared a note asking him to "have sex quieter" – after complaints that he was he was "sharing intimate and private moments" with everyone living in his block of flats. 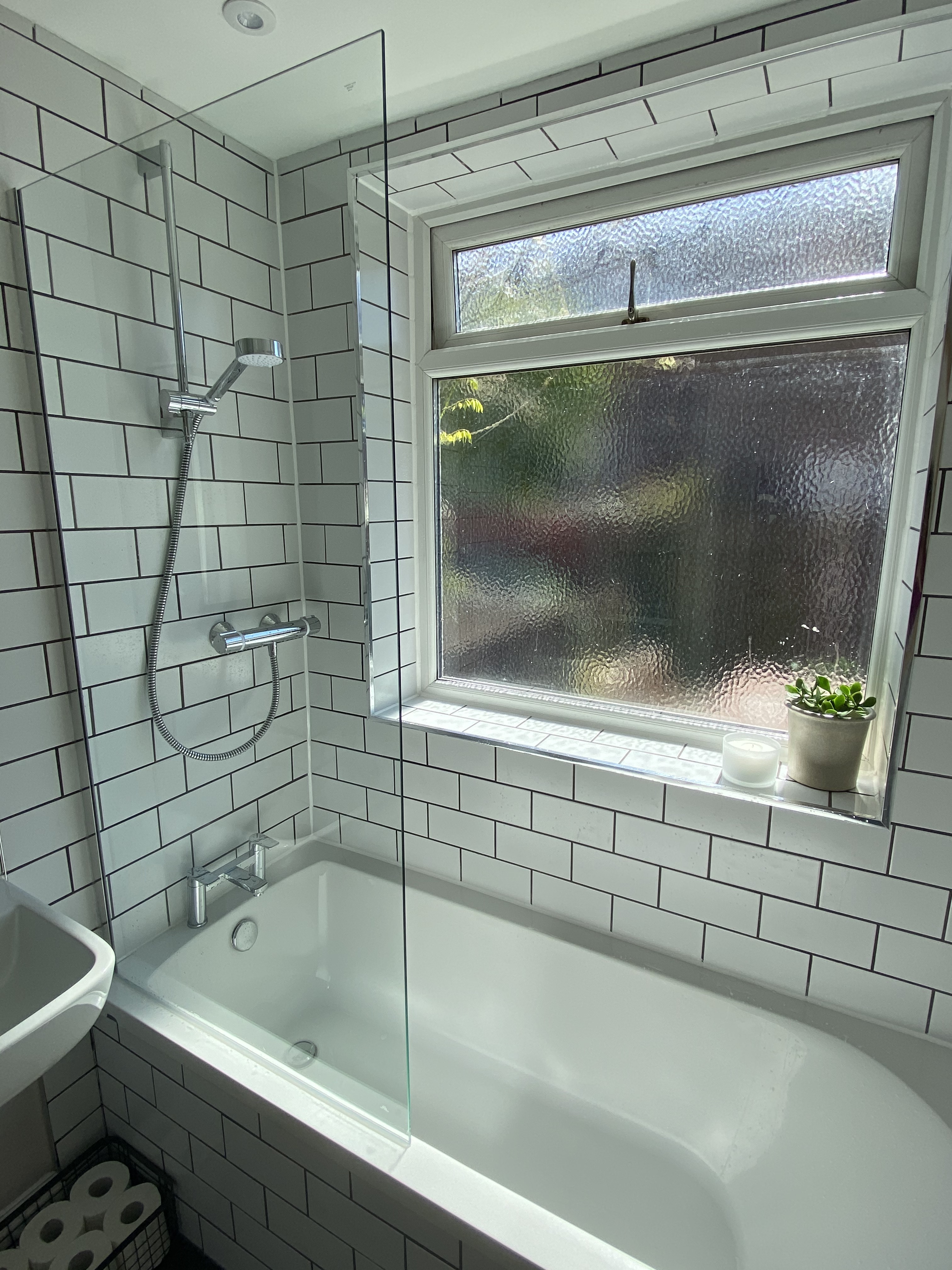