A young mother has said she was left ‘heartbroken’ after a picture of her nine-month-old son was posted on an ‘Ugly Babies’ Instagram account.

Courtney Tait, from Pallister Park, Middlesbrough, was shocked to discover a photograph of herself, her partner Scott and their son Hudson appear on the social media page.

Children across Teesside have been targeted by the anonymous users with the trolls even posting an image of a stillborn baby. 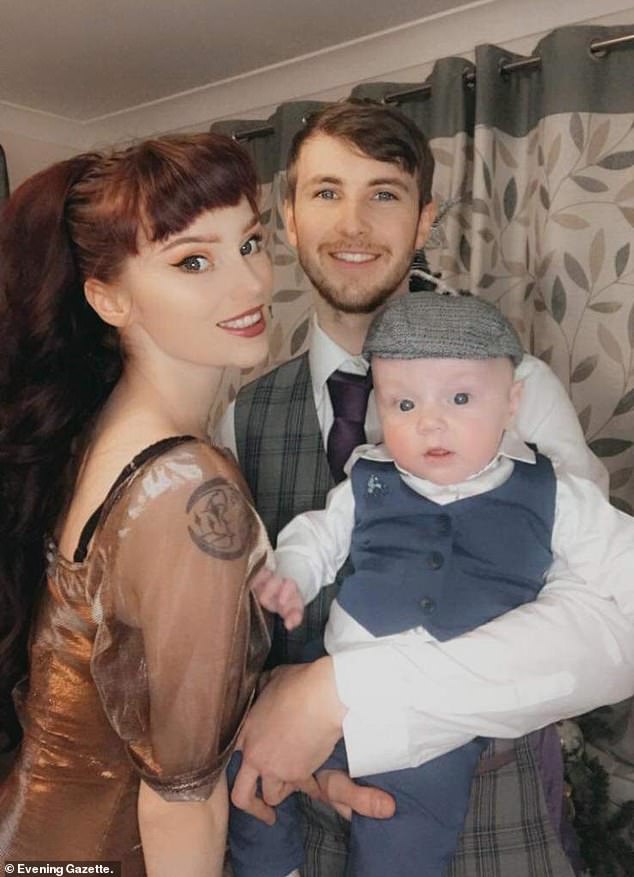 Courtney Tait, from Pallister Park, Middlesbrough, was shocked to discover a photograph of herself, her partner Scott and their son Hudson (pictured) appear on the social media page

‘My friend and her stillborn baby were posted on the page,’ she said.

‘She had photos on her Facebook in a collage. They are using pictures that are on people’s private accounts, so they think it’s someone they know.

‘They have been threatening one girl, messaging her from the Instagram page saying they will kill her mum.

‘My friends have restricted their accounts now.’

The administrators of the page were ‘deleting most people who tried to follow them’, Courtney added.

‘What’s making matters worse is, we’re wondering what kind of people are following this account? We don’t have a clue,’ she said.

Courtney was distraught to discover her picture including Hudson had been posted on the page.

‘It was heartbreaking to be honest, the last thing I want is for my son to be called ugly.

‘I know my child is gorgeous – it’s not about that.

‘It’s more about who’s viewing my child, taking a photo of my nine-month-old and posting it for other weird people to see.’ 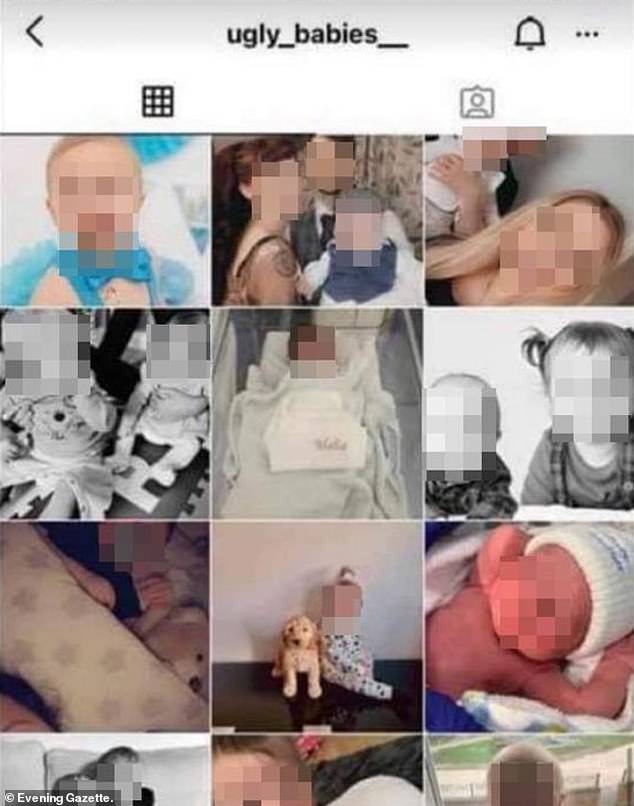 Families targeted by the Ugly Babies account believe the perpetrator is on Teesside – after tracing an IP address.

One disgusted mother posted on Facebook: ‘Don’t know who’s sick enough to do this.

‘They have tried to follow me three times, I have followed them to make sure my baby wasn’t on there.’

‘We have managed to get an IP address,’ the post continued, ‘they are from Thornaby.’

A Facebook spokesperson said the company’s Community Guidelines make it clear that bullying or harassment will not be tolerated on Instagram.

‘This account was swiftly removed for breaking our rules on bullying and harassment,’ the spokesperson added.

It will give Ofcom the power to fine social media firms and block access to sites.