Motorist, 39, who deliberately parked on faded double-yellow lines for FIVE YEARS claiming they are ‘invalid’ now threatens to sue local council for ‘stress’ after amassing £400 in fines

A driver is threatening to sue his local council after they slapped him with more than £400 in fines because he deliberately parked on faded double yellow lines for five years.

David Lamprell, 39, claims he has been taking advantage of a legal loophole by squeezing his car into a ‘gap’ in the yellow lines opposite his home in Southend-on-Sea, Essex.

However, he has been inundated with tickets and was slapped with six £70 notices in just three months.

The mechanical engineer claims that the parking restrictions are invalid because the weathered markings have been ‘broken’. 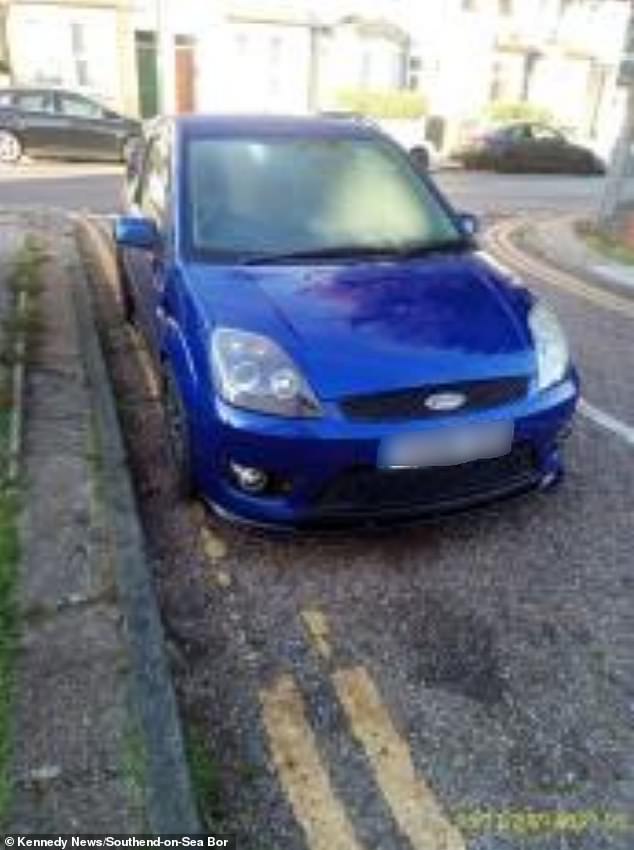 David Lamprell believes he’s been taking advantage of a legal loophole to squeeze his car into a ‘gap’ in the markings opposite his Southend-on-Sea, Essex, home 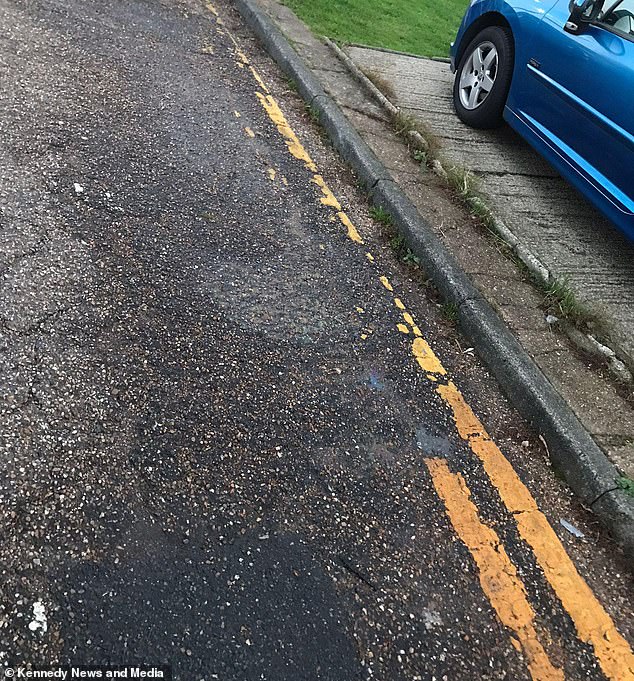 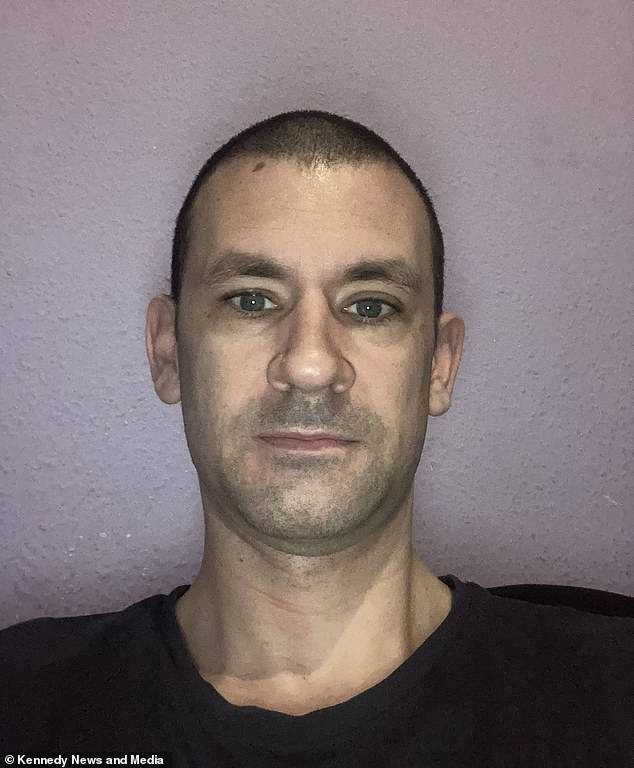 However, he has been inundated with tickets and was slapped with six £70 notices in just three months

After his latest fine, he sent Southend-on-Sea Borough Council a strongly-worded email to demand an apology.

In the note, he ordered staff be retrained on parking laws, all fines be revoked and even threatened he would take the council to court for compensation over the ‘stress’ of appealing the fines due to what he is ‘going through’.

Southend-on-Sea council told him that ‘faded yellow lines don’t mean the restriction is not valid’, and have rejected every appeal so far.

The AA and road safety charity AIM RoadSmart both believe there are enough yellow lines on the road for fines to be enforced.

Can you park on faded double yellow lines?

However, if the lines are sufficiently faded, then a driver may be able to query any fine given for parking there.

It all depends on how worn the lines are and if they are still visible.

If the wear and tear is slight then the courts would probably say that it is so minimal as not to make a difference to the legality of the lines.

But if the damage is more severe it would be ultimately for the courts to decide on whether it would affect the legality of the lines.

If you get a ticket and feel it is unfair, make sure you take clear, detailed photographs of the location and the associated parking signs relating to the lines.

You can then appeal, though you may have to take the local authority to court if it doesn’t accept the lines are faded enough.

Despite this, the mechanical engineer has insisted the council are ‘not getting a penny’ even if the issue is dragged through court.

After being slammed online, the father-of-three hit back, claiming he’s ‘not avoiding the law, but sticking to it’.

David, from Southend-on-Sea, Essex, said: ‘I’m not trying to avoid the law, I’m actually sticking to the law.

‘People think ‘they’re double yellow lines and that’s the end of it’ and you can’t fight the system, but I’ve dealt with the system for a long time now.

‘I looked at the law and it says if the double yellow line is broken then I can park on it, so I parked on it. They’re completely gone. It’s not about what was there. It’s about what is there now.

‘They used to be a little bit better but they were still broken, otherwise I wouldn’t have parked there. Since then, they’ve painted them once but didn’t actually paint where the gap is.

‘The lines run round the corner from my house to a dead end road, so I’m not sure why they’re there in the first place. There’s almost zero traffic outside the road. It’s dead.

‘The council can’t bend the law to suit them to get their money. I think they’re just fining me to get an extra bit of cash. I don’t doubt it.

‘It’s just frustrating because it’s draining my time. I work 12 hours, four on days, four on nights, then four days off, and the days I get off I have shopping to do and I have to look after the kids.

‘I have to now spend my time talking to the council and emailing people telling them that they’re not double yellow lines. The pictures they send me show that the lines are broken. I’ve had enough.

‘If the law states you can’t get a ticket for being on double yellow lines, then you can’t. No matter what they try to push on you, you have to let them know that they’re not right.

‘People don’t understand my situation. I don’t have anywhere else to park, so I had to find somewhere to park. We’ve applied for parking permits multiple times but we’ve been refused every single time.

‘They’re not getting a penny from me. I’ve dealt with people before and I’ve been pushed over. I’ve learned every single time what I can and can’t do.

‘That’s what the courts are there for and I’d be confident that, if it got to that, I’d be fine. I’ve not got a single worry about that.

‘I think the council should retrain their staff to obey the law because they can’t go around issuing tickets for people who know the law. I’m okay because I’m 39 but what about old people?

‘I’m not going to allow the council or anybody else to push me around when I know that I’m right.’

The council contacted David earlier this week to explain: ‘A borough cannot be expected to have immaculate lines in all places due to the size of boroughs’. 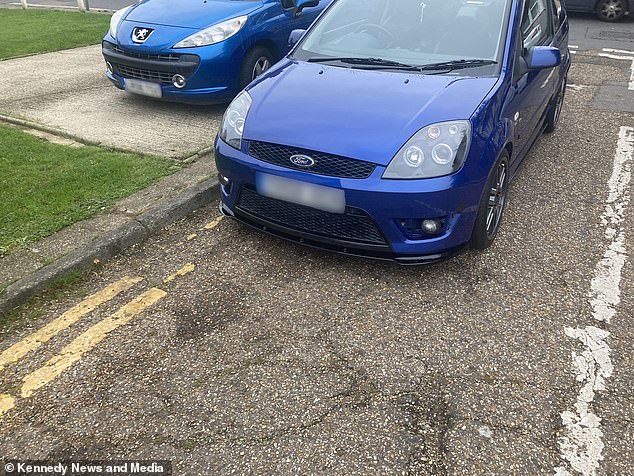 Southend-on-Sea council told him that ‘faded yellow lines don’t mean the restriction is not valid’, and have rejected every appeal so far

David says he’s been using the space for at least 10 hours per day and sometimes 24 hours when he’s not working that day.

He claims his street is one of very few near to the town centre without a parking permit system, so visiting motorists take up the space not covered by double yellow lines.

David said: ‘It’s a game of poker for them. Who’s got the biggest set of nerves? So when it goes to court the first thing I’ll do is put in a counterclaim for the same amount they’ve put in for.

‘They’ve upped my first ticket to £105, so if they do that with them all, that’s a reasonable amount.

‘If they’re going to sit there and bill me for that amount for something they can’t be bothered to do, then I’m going to think that’s the right amount for stress.

‘They already get tax money to make sure I don’t have to go through this.’

However, Neil Greig, director of Policy and Research at IAM RoadSmart, said: ‘In this instance I don’t think the driver has a very good case.

‘The parking regulations are also normally enforced via signs on lampposts and posts in the area. The driver may have a case if there are no such signs around the area to convey the required information about no parking at any time.

‘As with many side roads these days the surface is a mess and Southend on Sea Council should be ashamed to be presiding over a road network that looks as bad as this.

‘There is a lot of extra money going into road maintenance these days and drivers pay enough in fuel duty and car tax to actually expect an immaculate surface.’

Jack Cousens, head of roads policy at The AA, said: ‘Had the lines all the way down that stretch been as worn as the first line on both double yellows, I think potentially anybody who has been pinged by that has got a stronger argument to say the condition of the double yellow lines are incredibly hard to see and they need to be repainted.

‘Even in this condition they need to be repainted. However there are enough clues there to show the double yellow lines are there and are enforceable.

‘My disappointment is with the local authority saying they can’t be expected to have immaculate lines. Nobody’s saying you should have immaculate lines, but what people are saying is they have to be at least recognisable enough to know what you want drivers to do or not to do.’

Cllr Ron Woodley, cabinet member for Transport, asset management and inward investment, said: ‘Faded yellow lines do not mean that the restriction is not valid and as such PCN’s can be issued. The issuing of PCN’s is not discretionary and if a Civil Enforcement Officer feels that a vehicle is in breach of a parking laws’ then a PCN may be issued.

‘We cannot comment publicly on any individual’s personal case. We have a robust system in place for motorists to challenge penalty charge notices, including a stage where an independent adjudicator will review all of the evidence provided by both the council and the driver.

‘We encourage anyone who believes they have received a penalty charge notice unfairly to challenge it, following the instructions on their parking ticket. Further information about parking fines can be found by visiting www.southend.gov.uk then selecting ‘Parking’ from the home page.’