THE annual Hajj pilgrimage performed by Muslims from around the world has begun in Saudi Arabia – with millions missing.

Overseas visitors have been banned from making the journey to Mecca this year in a bid to curb the ongoing coronavirus pandemic. 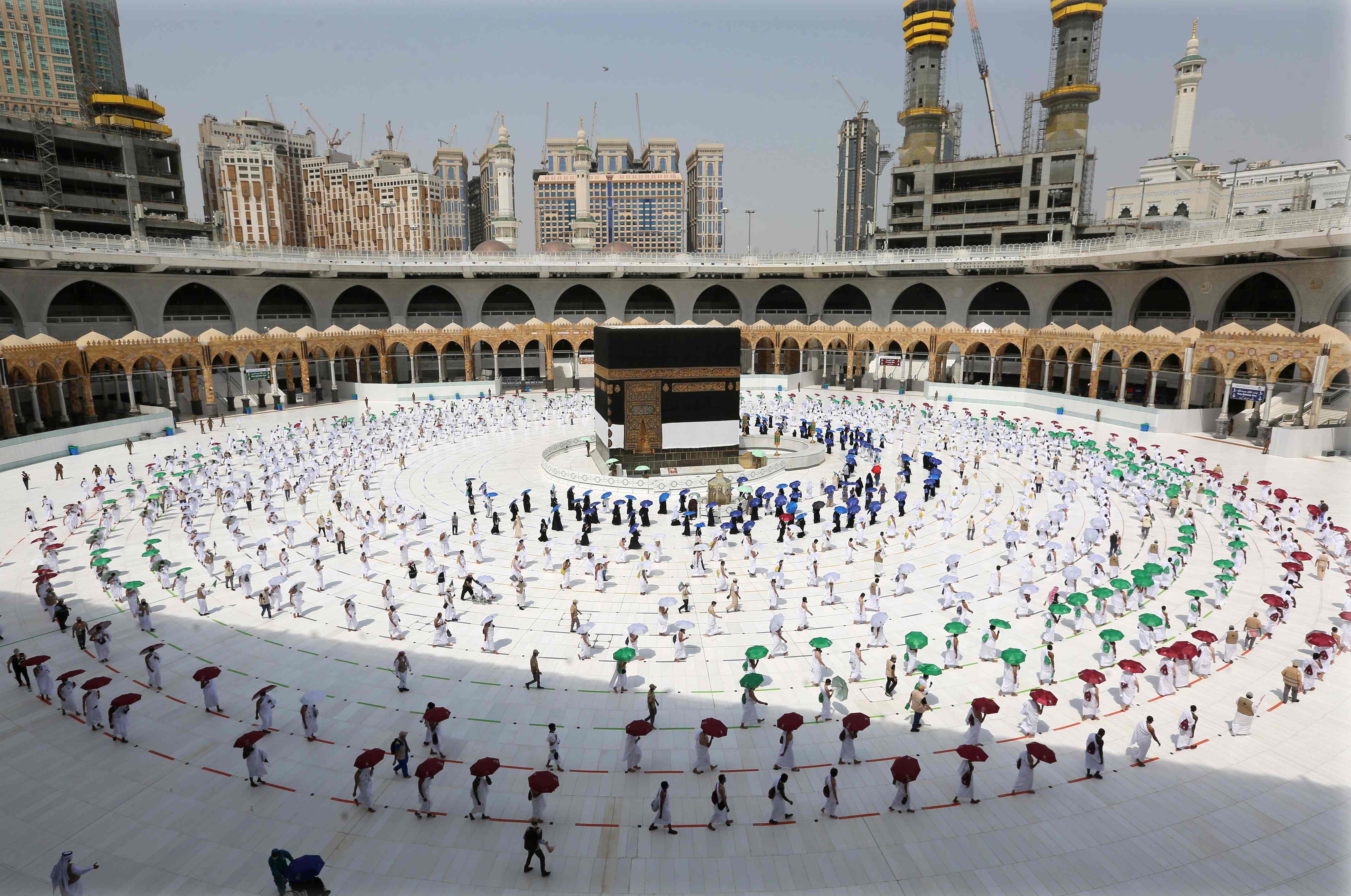 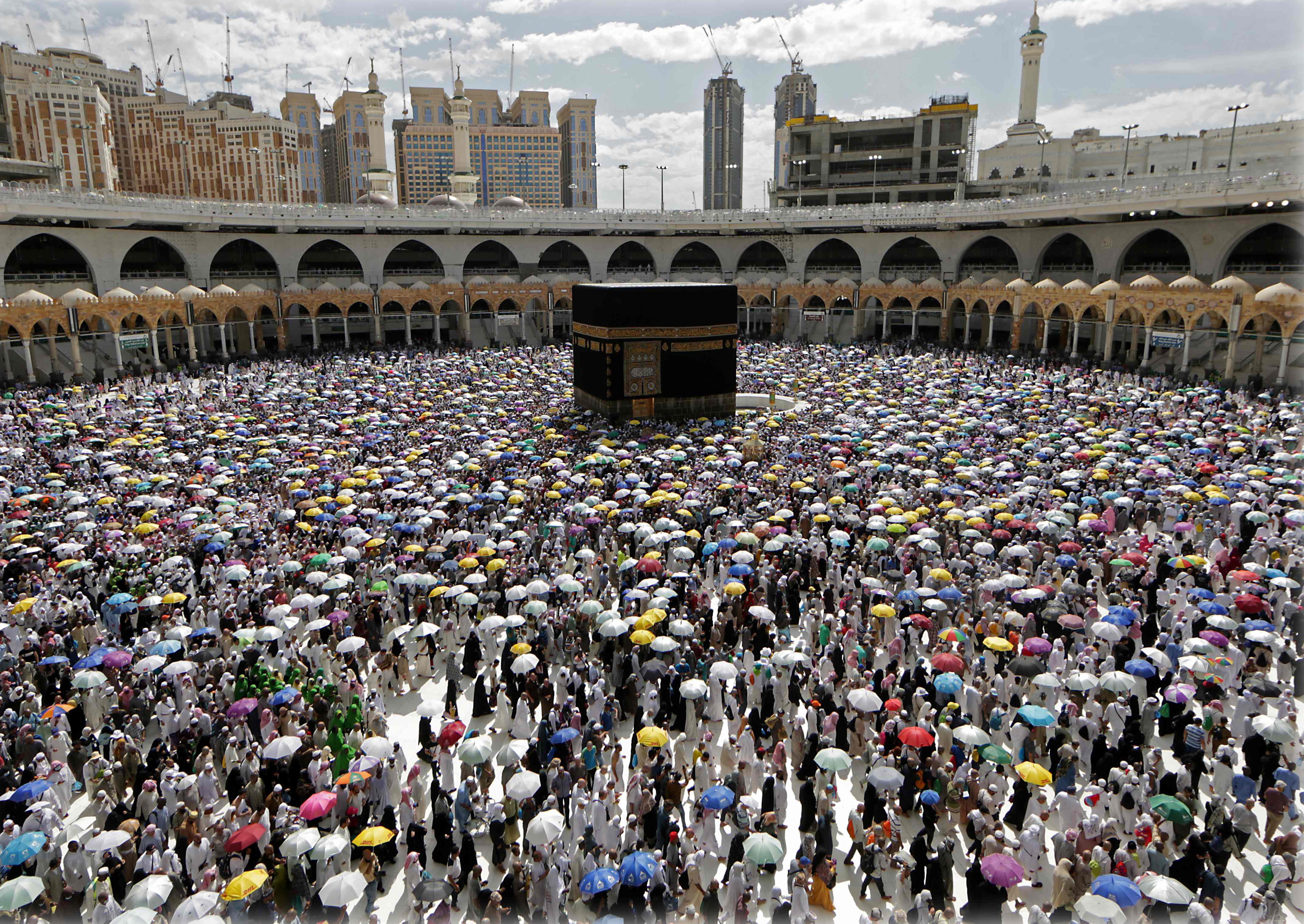 Only a few thousand pilgrims are expected to now join the important journey compared to the usual figure of around two million.

And the only foreigners allowed to attend are those who live in the Kingdom.

All those taking part will have to undergo temperature and virus tests and will also have to quarantine before and after the pilgrimage.

Masks will be mandatory at all times.

Today's eerily quiet scenes are a far cry from the usual crowds seen at the Hajj – which in the past have sparked dreadful tragedies.

The Hajj is one of Islam's most important requirements, performed at least once in a lifetime. 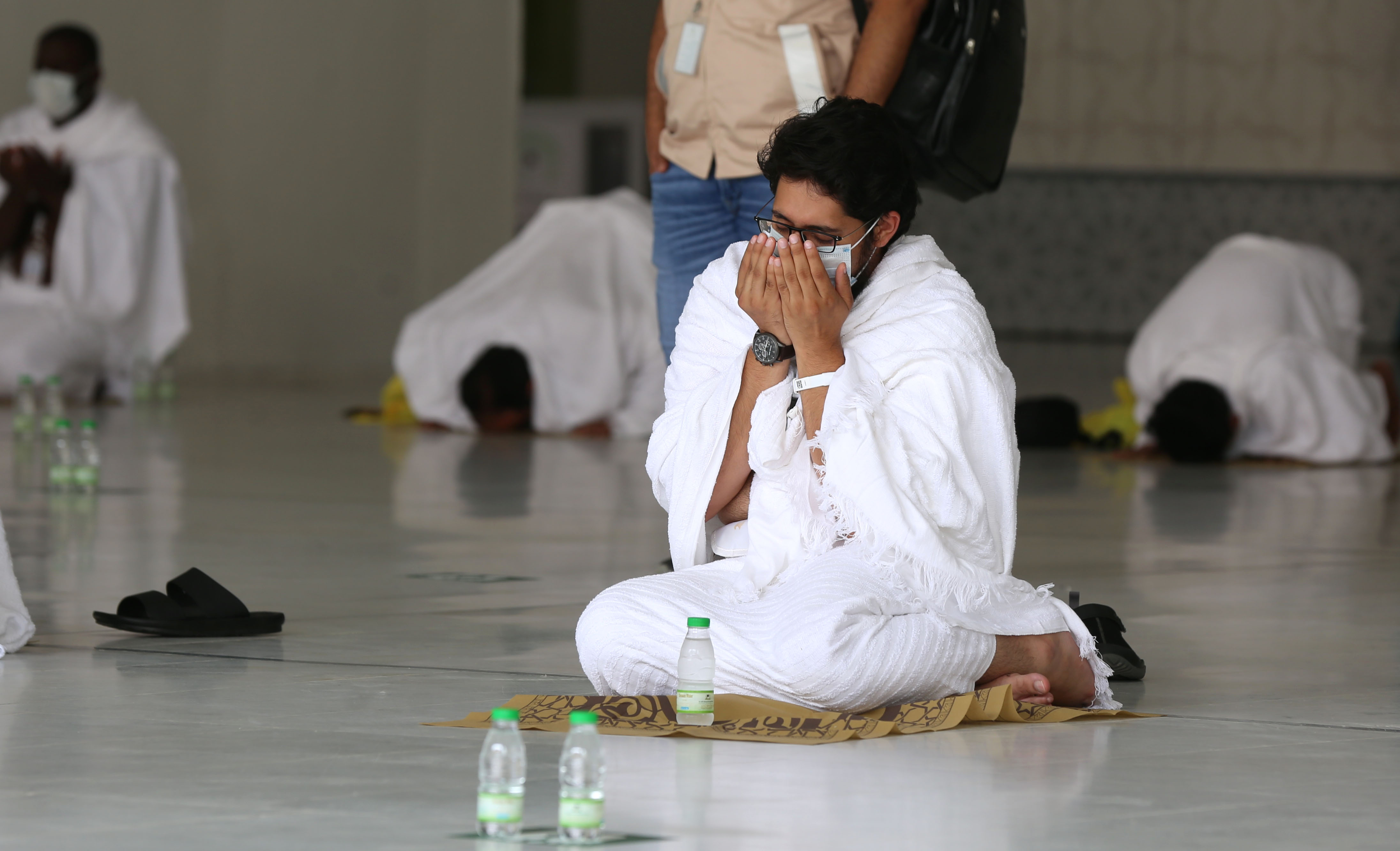 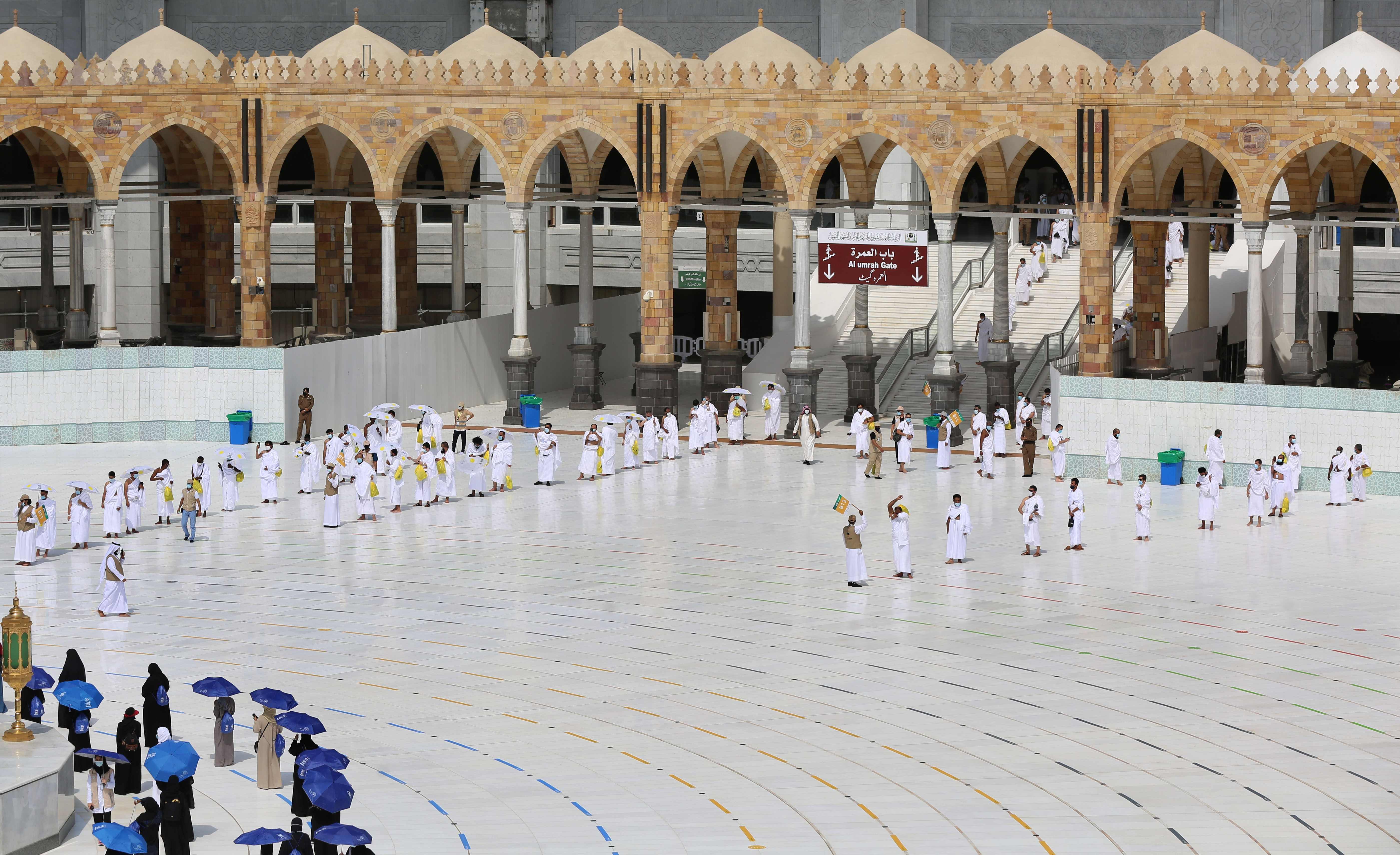 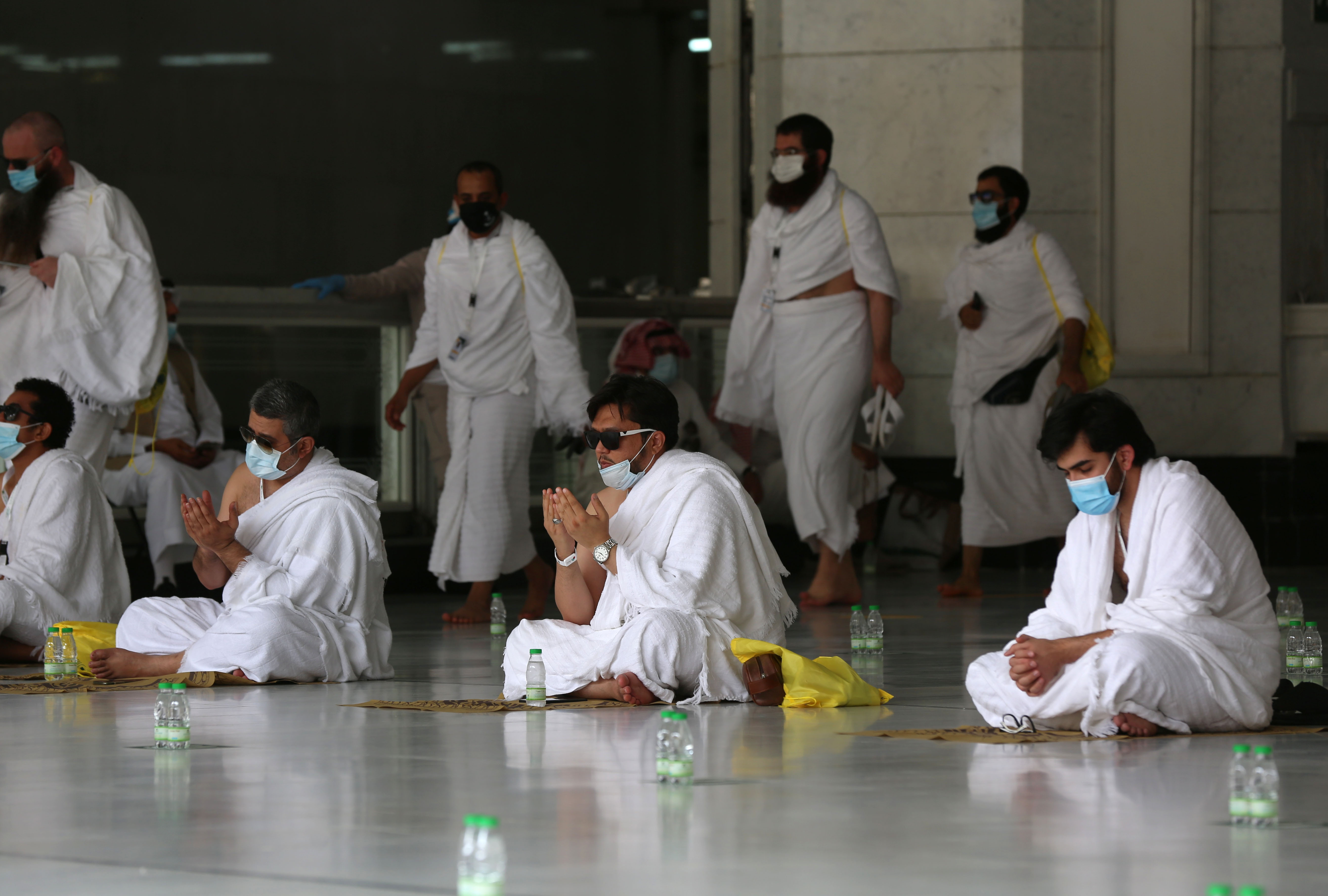 It follows a route the Prophet Muhammad is said to have walked nearly 1,400 years ago and is believed to ultimately trace the footsteps of the prophets Ibrahim and Ismail.

The demanding pilmigrage is intended to bring about greater humility and unity among Muslims.

However, this year rather than praying shoulder-to-shoulder they are social distancing and moving in small groups of 20 to limit the potential transmission of the virus.

Instead of dining together- which is tradition-pilgrims are eatingalone in their hotel rooms and praying at a distance from one another.

For the first time in Saudi history, the government barred Muslims from entering the kingdom from abroad to perform the Hajj in order to limit exposure of the coronavirus.

Two-thirds os those allowed to take part are foreign residents from among the 160 different nationalities that would have normally been represented at the Hajj. 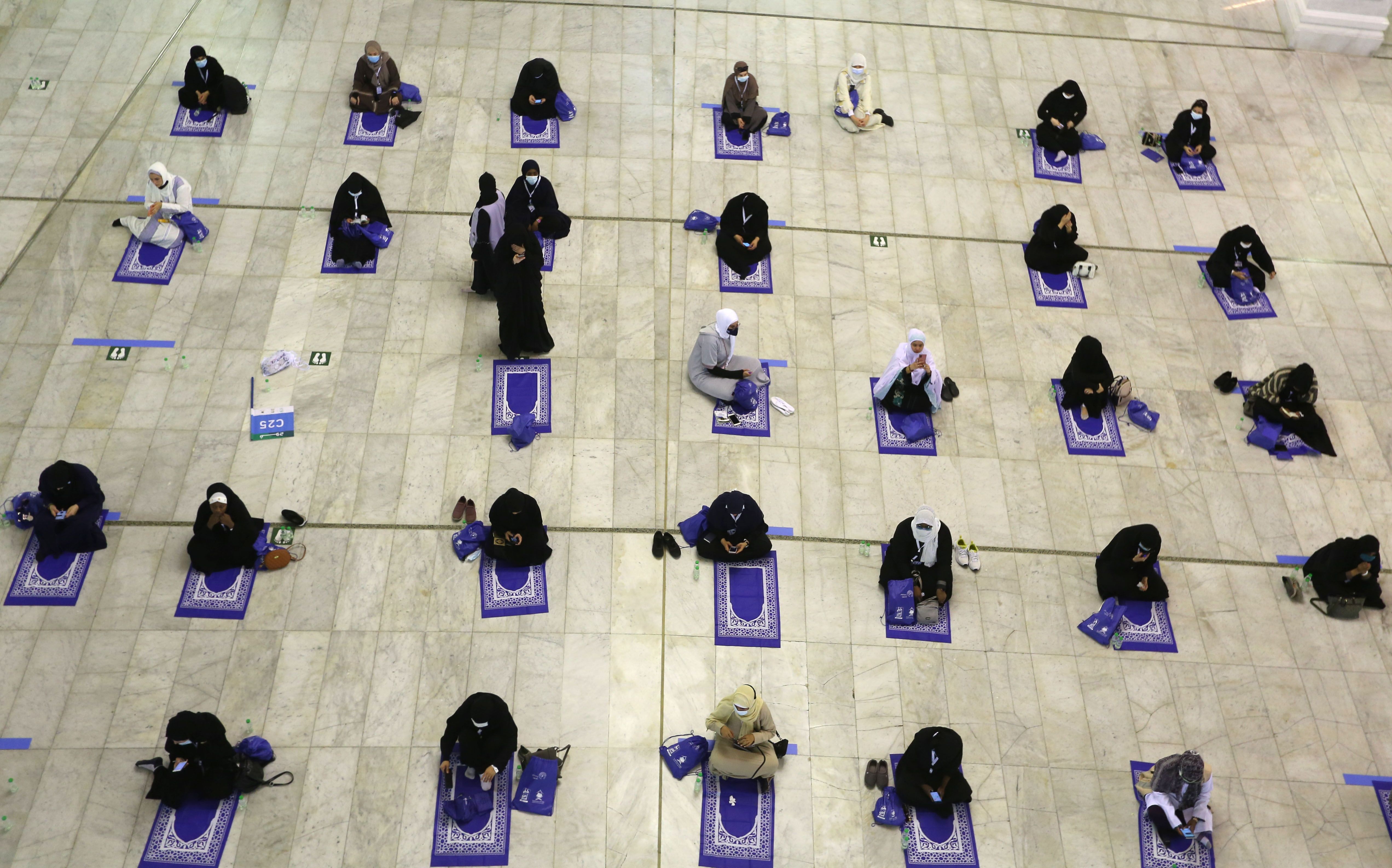 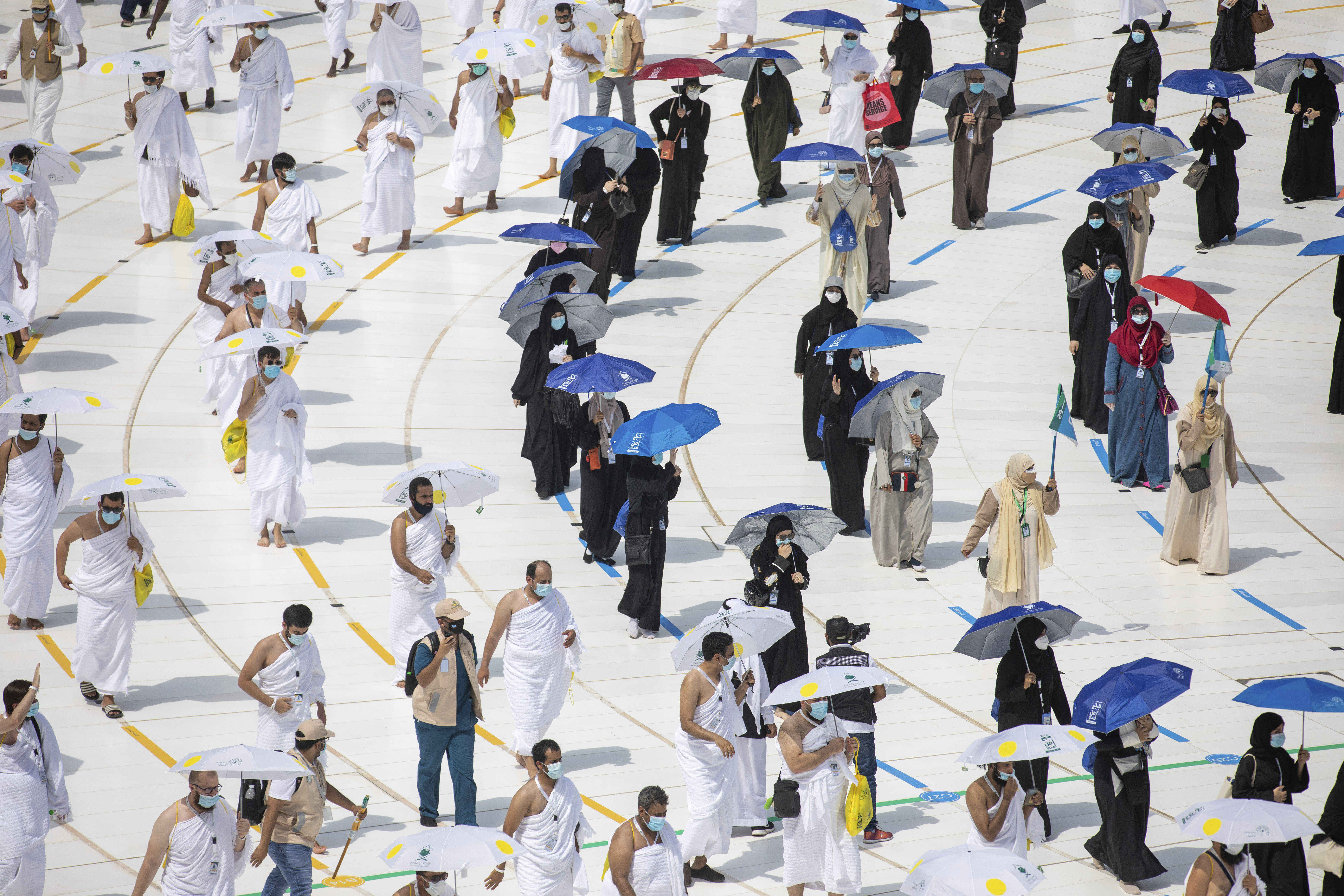 The pilgrims, who were selected after applying through an online portal, were required to be between the ages of 20 and 50, with no terminal illnesses and showing no symptoms of the virus.

Preference was given to those who have not performed the Hajj before.

Pilgrims were tested for the coronavirus, given wristbands that connect to their phones and monitor their movement and were required to quarantine ahead of today's start of the Hajj.

During the religious event, women forgo makeup and perfume and wear loose-fitting clothing and a head covering in order to focus inwardly.

Men dress in seamless, white garments to emphasise the equality of all Muslims and prevent wealthier pilgrims from donning more elaborate garments.

During the first rites of Hajj, Muslims circle the Kaaba – the square building at the centre of the Grand Mosque – counter-clockwise seven times while reciting supplications to God.

They then walk between two hills where Ibrahim's wife, Hagar, is believed to have run as she searched for water for her dying son.

This year, pilgrims will only be able to drink water from this Zamzam well that is packaged in plastic bottles.