Nearly two-thirds of public expect ANOTHER lockdown this year

Nearly two third of Britons believe there will be another lockdown later this year even if ‘Freedom Day’ happens on July 19.

An exclusive poll for MailOnline found 61 per cent assess it is ‘likely’ or ‘very likely’ that restrictions will need to be reimposed later in 2021.

That compares to just 12 per cent who viewed a return to curbs as unlikely in the research by Redfield & Wilton Strategies.

The pessimism comes despite Boris Johnson pledging that July 19 will be a ‘terminus point’ for lockdown, after he delayed ‘Freedom Day’ from the original date of June 21.

On a visit to Yorkshire today, Mr Johnson reiterated that the timetable stood despite anxiety over rising cases of the Indian – or Delta – variant.

‘We are very confident that we’ll be able to go through with step four of the roadmap on the timetable that I’ve set out with treating July the 19th, as I’ve said as a terminus date,’ he said.

‘I think that’s certainly what the data continues to indicate.’ 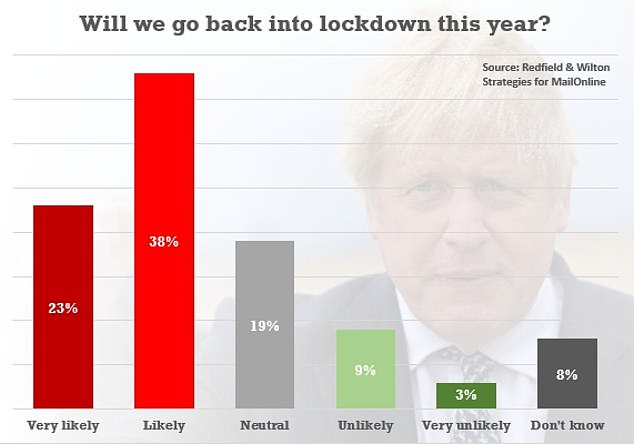 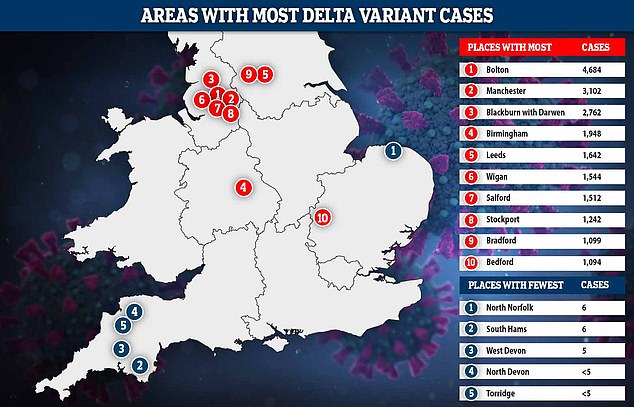 PHE figures show that the areas with the most cases of the variant are mostly in the North of England and the Midlands, with fewer infections detected in rural areas in the South West and Norfolk

Scientists have warned of the potential for another surge in coronavirus cases in the winter, when viruses tend to circulate more widely.

Ministers have also insisted they cannot rule out the possibility that another variant emerges to derail progress back to normality.

Although cases of the Indian variant are still rising, the rate of growth has fallen dramatically in recent days as surge testing and vaccinations are stepped up in hotspot areas.

While ministers believe a July 19 reopening remains the most likely option, a government source said a two-week ‘review point’ demanded by Mr Johnson will now be a ‘genuine review of the data’, which could lead to Freedom Day being brought forward to July 5.

‘No-one wants these restrictions in place for a day longer than necessary,’ the source said.

However while the week-long trend had shown a slowing rate of case growth, yesterday’s daily case data showed Britain breached 11,000 coronavirus cases for the first time since February as the Indian variant continues to spread across the country.

The Office for National Statistics found that Covid deaths continued to fall significantly during the month, even though cases were beginning to rise because of the rapid spread of the Indian variant.

Coronavirus claimed 355 lives in May, which was down almost 65 per cent on the toll in April, in another sign that the vaccines are providing huge protection even against the mutant strain.

The continued decline in Covid deaths means the virus is now the 24th ‘leading’ cause of death, down from ninth last month. It had been the country’s biggest killer for four consecutive months from November through February.

In total there were 35,401 deaths from all causes registered in England last month, which was 10 per cent lower than normal and the second month in a row they have been below average. Covid was the leading cause in just 0.9 per cent of the fatalities, accounting for about one in 110.

Heart disease was the biggest killer in May (3,780) followed by dementia (3,711), while flu and pneumonia are now killing three times as many patients (1,012) as Covid. 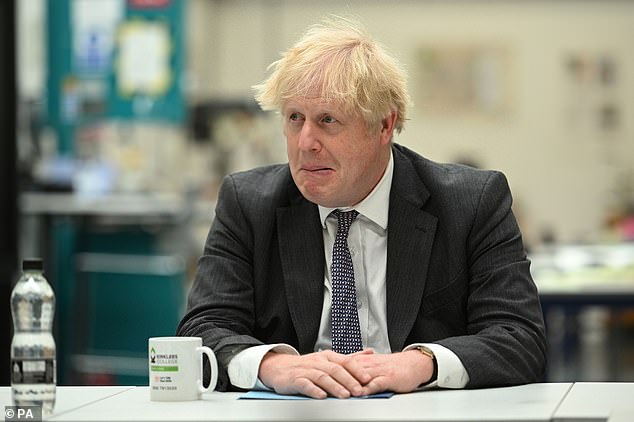 The pessimism comes despite Boris Johnson (pictured in Yorkshire today) pledging that July 19 will be a ‘terminus point’ for lockdown, after he delayed ‘Freedom Day’ from the original date of June 21 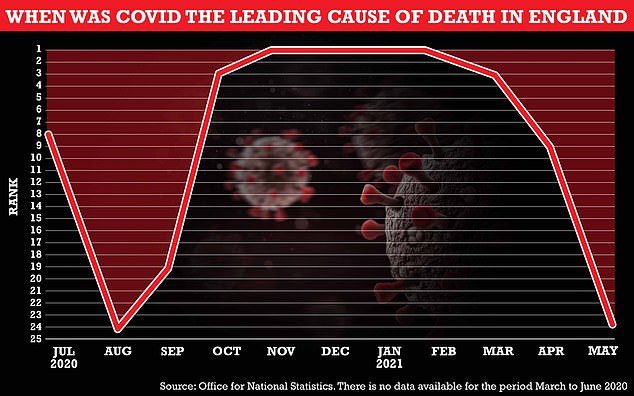 The low Covid death numbers and other promising statistics have given even the Government’s cautious scientific advisers confidence that England’s new ‘terminus date’ on July 19 will go ahead.

Imperial College London’s Neil Ferguson – dubbed Professor Lockdown for his gloomy predictions which led to the initial lockdown last spring and prompted the most recent delay – said yesterday he believes deaths will remain at ‘manageable levels’ when the country unlocks next month.

The PM has said lockdown could end two weeks early on July 5 if Covid data continues to improve – although he has insisted that ‘realistically’ the date is not likely to change.