He griped at the US leader on Twitter, saying that some states are being forced into developing "their own public health plans to combat this virus – before it's too late". 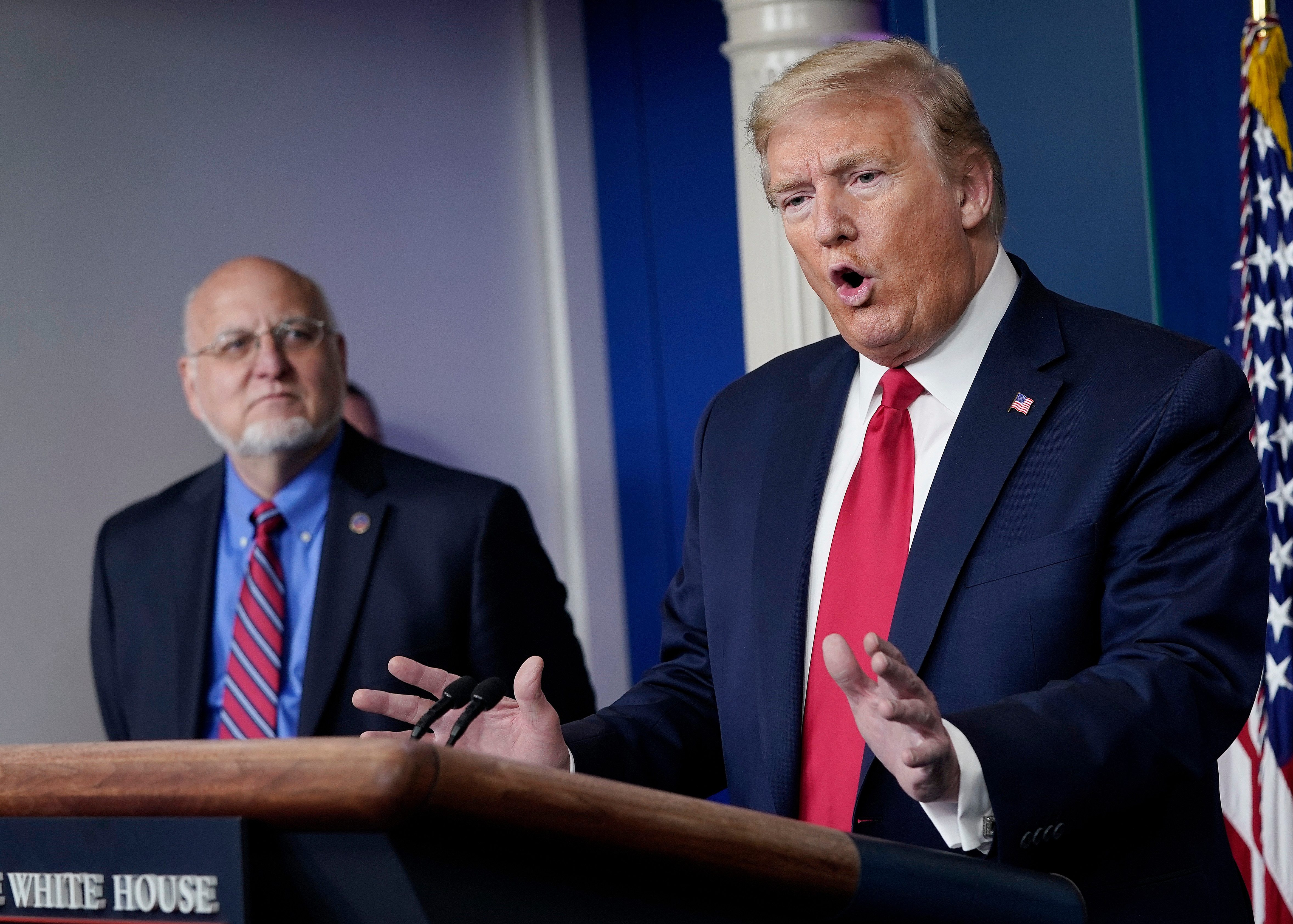 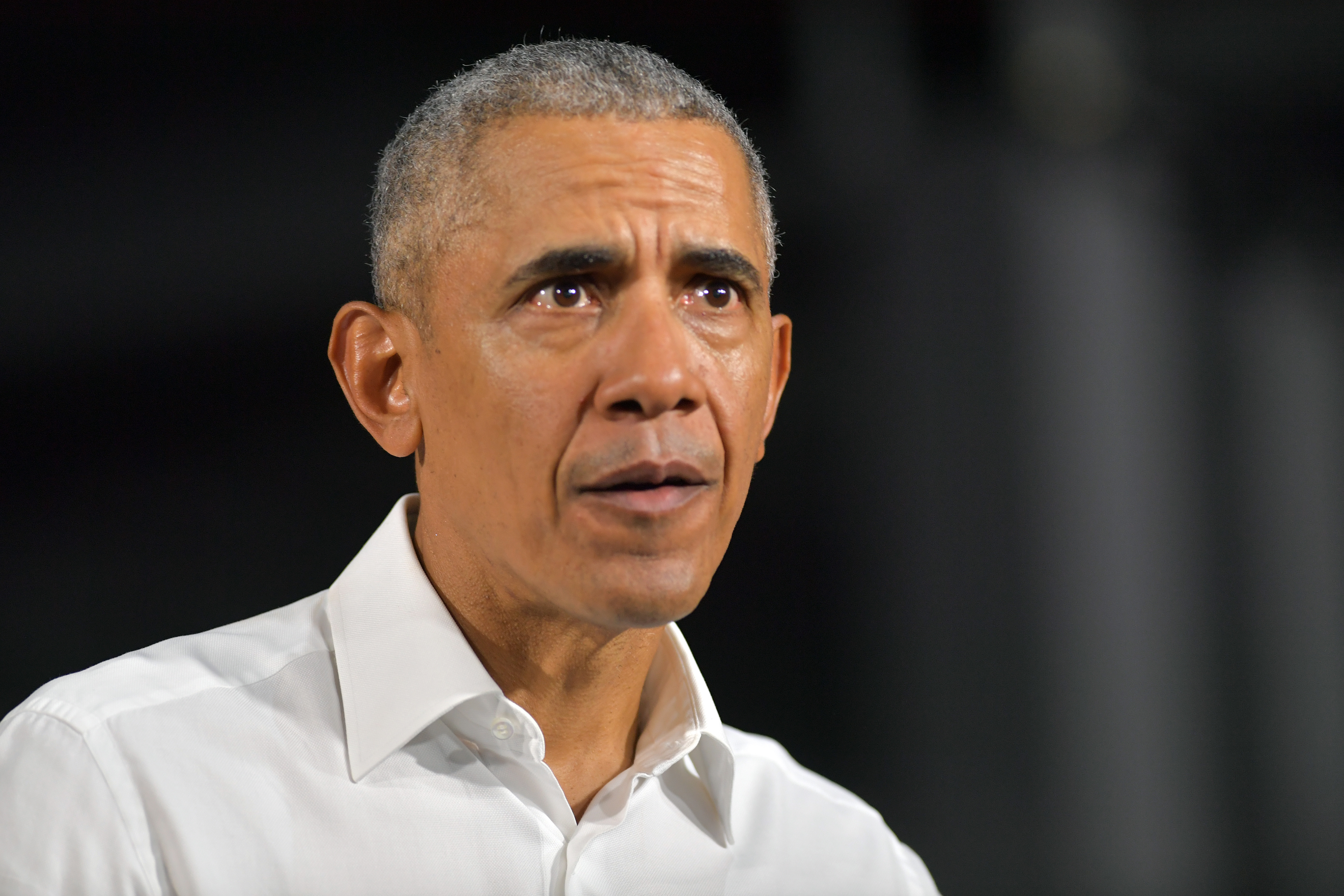 Obama tweeted: "While we continue to wait for a coherent national plan to navigate this pandemic, states like Massachusetts are beginning to adopt their own public health plans to combat this virus – before it's too late."

His comment followed a column published in The New Yorker by Jim Yong Kim, the Korean-American physician and anthropologist who served as the 12th president of the World Bank from 2012 to 2019.

Kim wrote, “I’ve been fighting pandemics for most of my adult life”, including Ebola and cholera during his time at the World Bank.

But, in the US, “we seem to be hoping that something miraculous will happen – that, somehow, the virus will leave of its own accord.

"When it comes to infectious disease, hope is of little use unless it’s accompanied by a bold and vigorous plan."

He urged that "the time has come for us to get into the fight. It’s not too late: we can still mobilize and start hunting down the virus.

"What’s needed is a decisive investment in a public-health initiative big enough to meet the challenge." 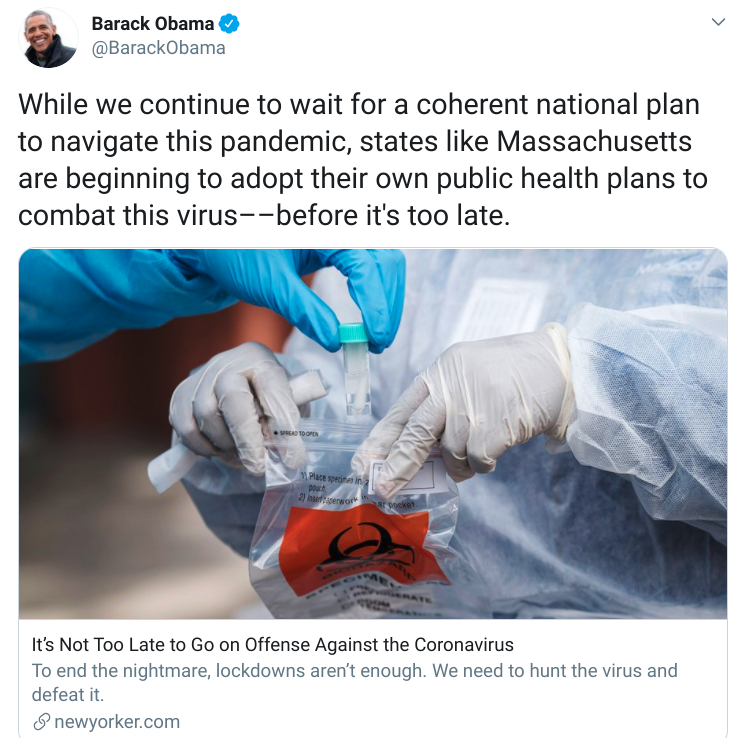 Obama's pointed dig at Trump prompted a range of responses, with Jon Zal replying: "We’ll be waiting until there’s a coherent president."

One person added: "Yes we definitely need to wait for a coherent national plan because all we have right now is an incoherent rambling of a madman and his yes men."

But Joey Saladino urged: "The only policy we need is one to end lockdowns."

However a positive Trump, during his daily press update at the White House on the fight against the killer bug, told reporters yesterday: "A lot of tremendous things are happening.

"The number of new positive cases continue to decline nationwide. Recent hotspots appear to be stabilizing.

"Cases in the Boston area are now declining. The Chicago curve appears to have flattened, which is terrific. And Detroit is past its peak.

"These trends demonstrate that our aggressive strategy to battle the virus is working and that more states will soon be in a position to gradually and safely reopen. It’s very exciting.

"We’ve flattened the curve and really made tremendous progress, but we must guard against a dangerous rebound."

He said: "We’re working very closely with each of the states to help them succeed.

"In our all-out war against the virus, we continue to make great strides on testing.

"Famous testing. Doing more than anybody else anywhere in the world."

"This will ensure that unemployed Americans of all backgrounds will be first in line for jobs as our economy reopens.

"Crucially, it will also preserve our healthcare resources for American patients."

Trump's comments came as it's been revealed that a further 4.4 million Americans filed for unemployment last week.

This brings the total number of jobless claims to more than 26.4 million during the coronavirus crisis.

The shocking unemployment figures were revealed on Thursday morning.

He also said he hoped a second predicted wave of the virus "never happens again.

"And if it should come back in some form, we want to snuff it out very quickly before anything can happen."

That was in response to Dr Robert Redfield's comments in a Washington Post article, in which he predicted coronavirus would strike America a second time next winter.

Trump and his press secretary, Kayleigh McEnany, have downplayed the Centers for Disease Control and Prevention director’s warning – while insisting he had been “misquoted” and was actually referring to “the flu”. 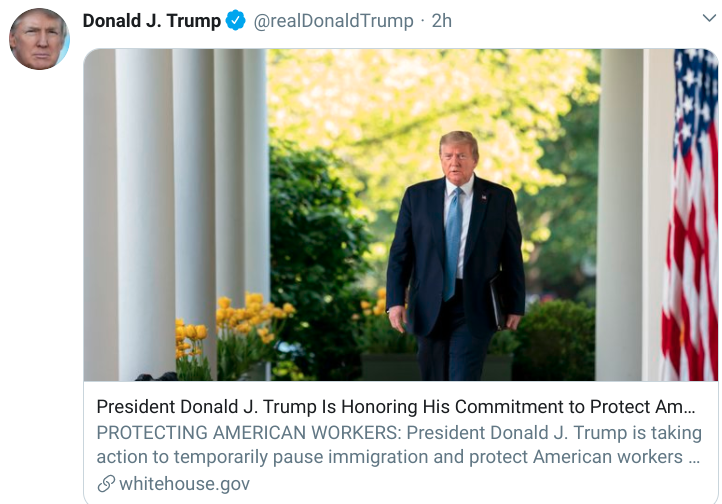 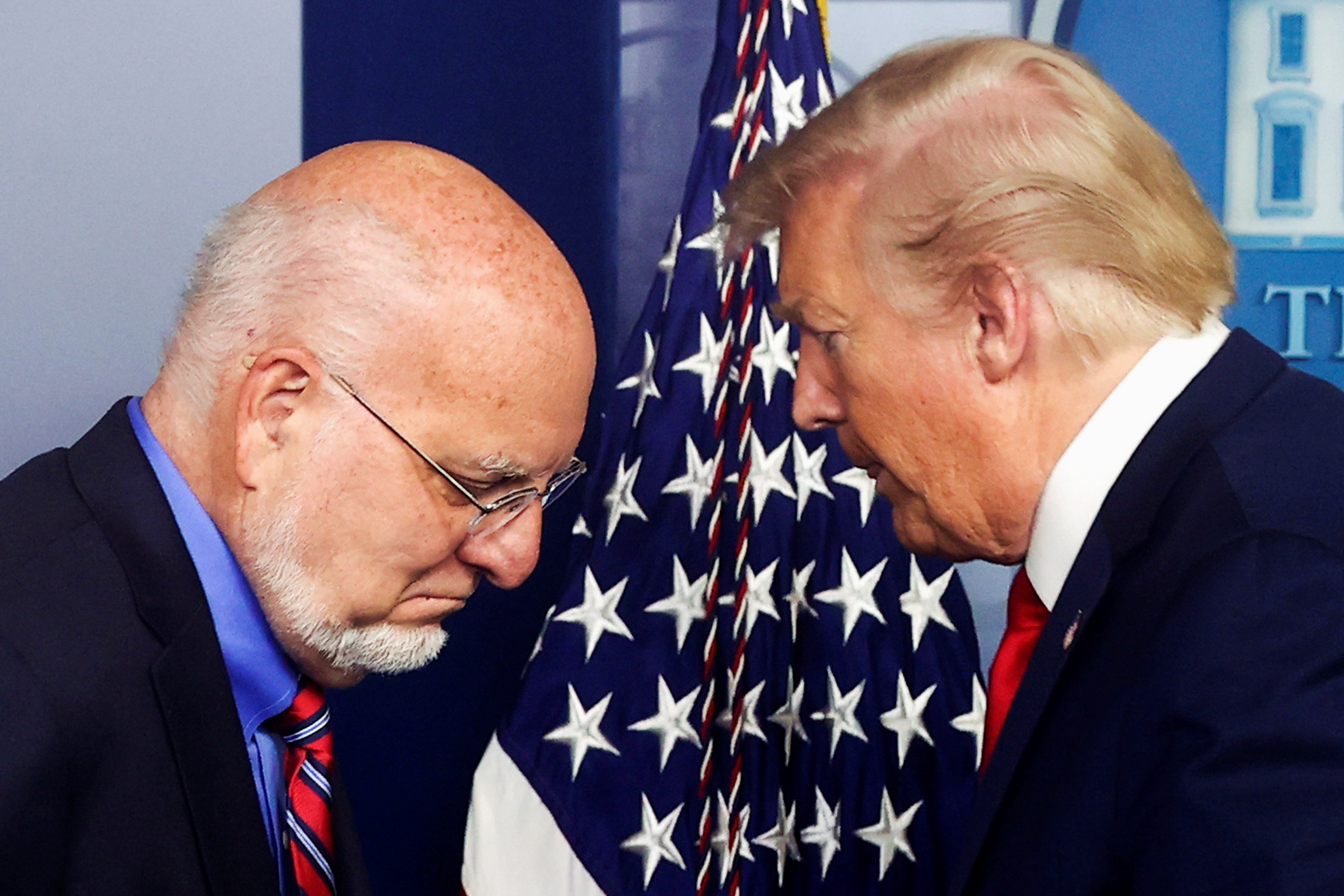