PARENTS at the hospital were the first Brit died after contracting coronavirus today said they are “petrified” as the total number of those infected rocketed to 163.

A 75-year-old woman became the first patient to die in the UK after testing positive for the killer bug. 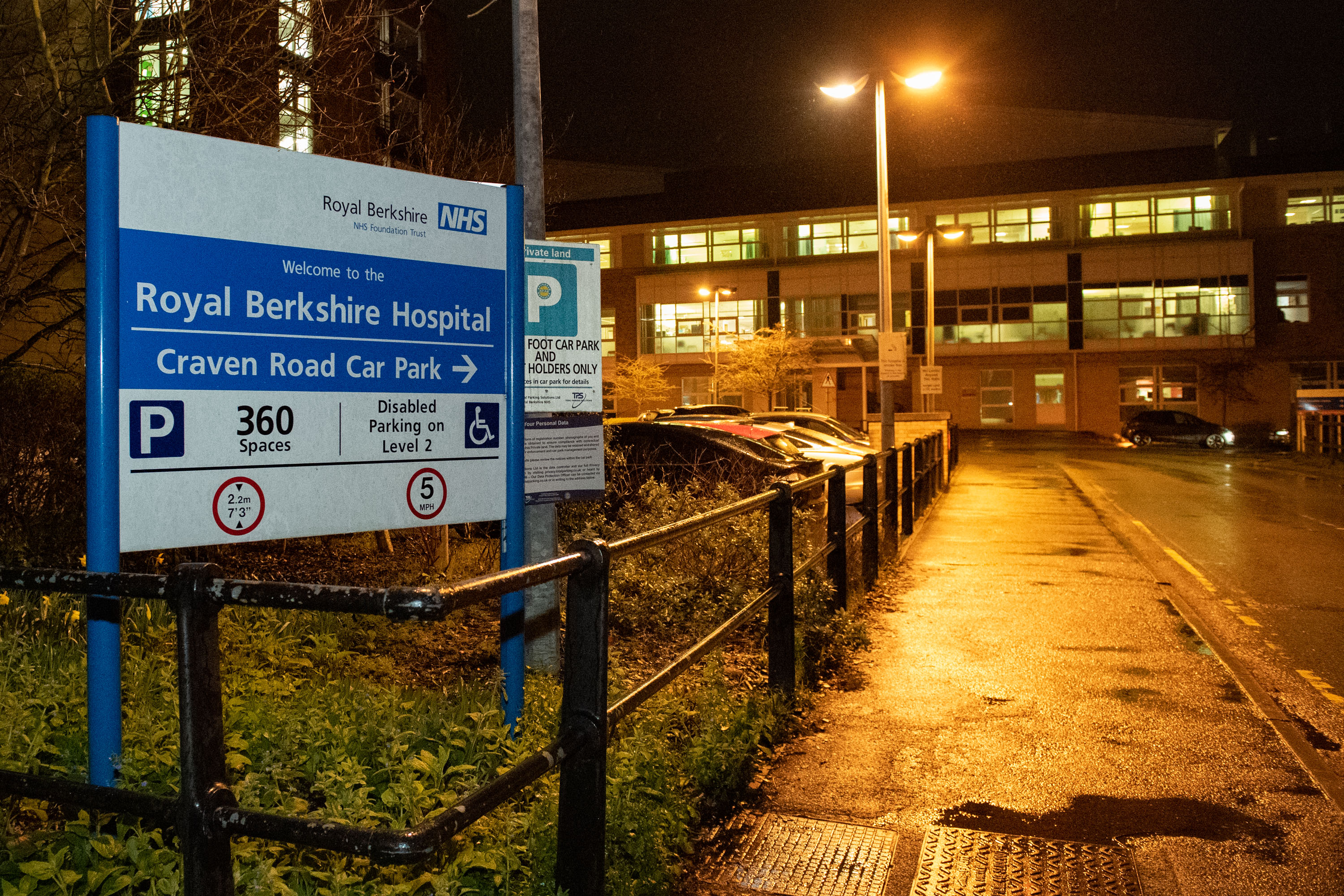 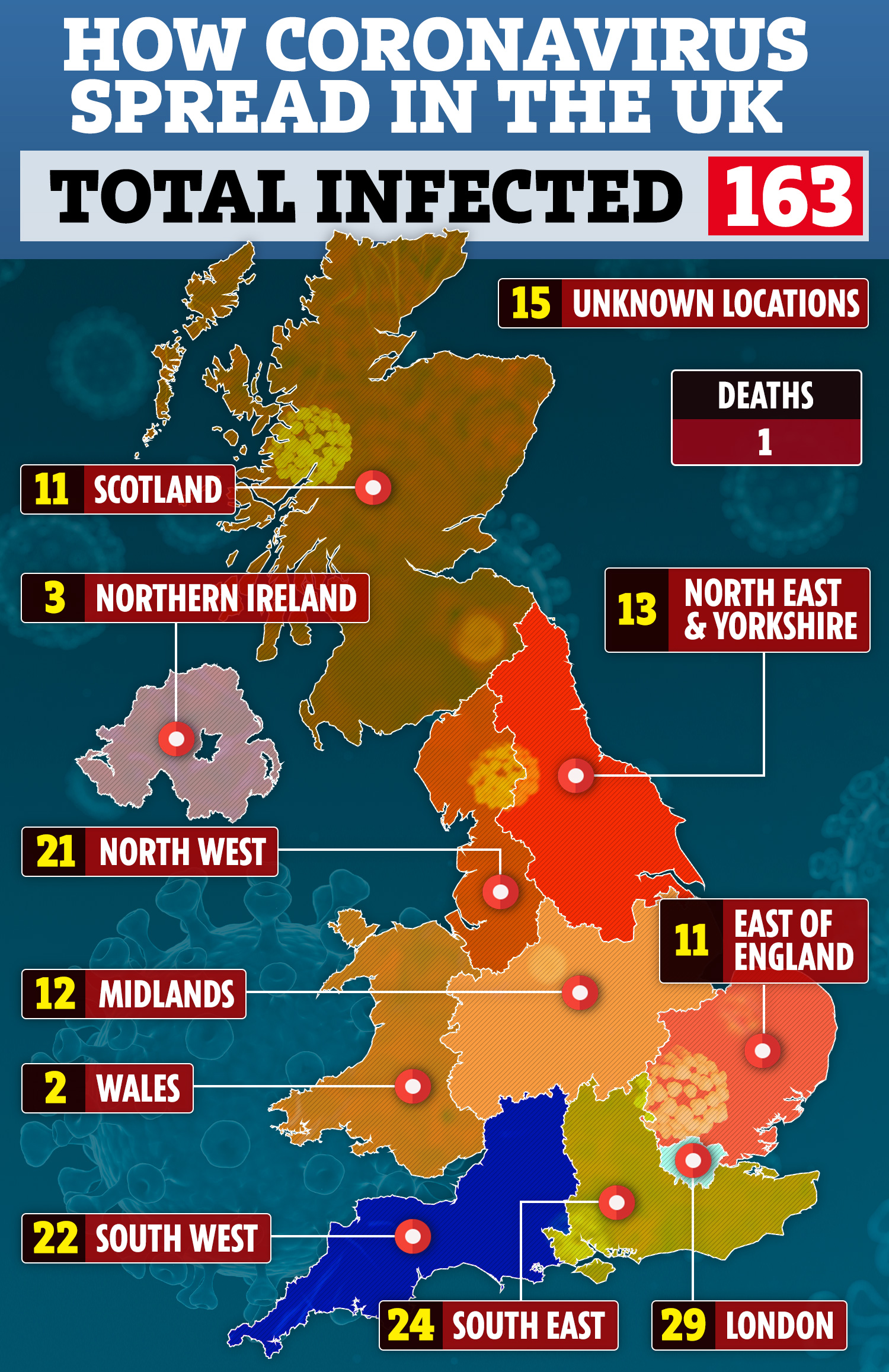 Health chiefs said the woman had been suffering underlying health conditions and was “in and out of hospital” before passing away at Royal Berkshire Hospital in Reading.

Residents today told The Sun Online they are “shocked” and “scared” knowing the woman died at their local hospital.

It comes as the Government's chief scientific adviser today confirmed a coronavirus outbreak has started in Britain in a terrifying sign the deadly bug is now out of control.

One mum, Lauren, 28, who has a four-year-old son, said she was trying to cover his face when they were inside the hospital.

She said: “I am petrified, especially for my son. He has suffered with his health since he was born, with pneumonia and collapsed lungs.

“It was shocking what happened and it’s scary knowing it’s my local hospital.

“I was trying to cover his face and hands when we went in there just now.”

Maria, 47, added: “It’s made me a bit nervous. People are in the hospital waiting area in face masks.

“We were encouraged to use hand sanitiser in the waiting room. It’s nerve racking and I was nervous being in there, as well as being out and about. It’s the unknown.

I am petrified, especially for my son. He has suffered with his health since he was born, with pneumonia and collapsed lungs.

“Even though people are saying it mainly affects the elderly or those with ill health, it’s still scary.”

Toby Greenwood, 69, said people inside are “relaxed” and no one is wearing masks.

He said: “Hospital staff are very relaxed in there, there’s no one wearing masks or anything.

“No one seems very worried. It doesn’t really concern me much, I am quite relaxed but some people are worried and have a right to be if they are elderly, unfit or in ill health.”

Malcolm Howells, 70, added: "I am a bit concerned, but what can you do? I am using hand sanitiser.

“We have to come to the hospital once a week. People are talking about the virus but there’s not much you can do.

“The lady who died is a similar age to me but there’s not much I can do apart from try to carry on as normal. This could go on for months.”

A worker in the hospital cafe said: “We haven’t been told anything. It is quite panicky today. It seems to be quieter today.

“When I went to hand some lady her cash back she didn’t want to touch my hands and just held her wallet out. There’s definitely more panic.”

On Friday, Sir Patrick Vallance, 59, warned the deadly disease is now exploding around the country and is easily passing from person to person.

Up until now most cases were in clusters around people who had travelled back to the UK from aboard.

However, now – with the rate of cases rocketing – the outbreak from person to person in communities has taken hold.

The Department of Health confirmed the bug is spreading at its fastest rate yet as a total of 47 people tested positive in the last 24 hours.

It comes as a second coronavirus victim is feared to have died at a hospital in Milton Keynes – just a day after a 75-year-old woman died in Reading after testing positive for the bug.