Britain could have another Covid vaccine in its arsenal by the end of the year after GlaxoSmithKline and Sanofi’s jab produced promising results today.

The British-French vaccine was found to trigger a ‘strong’ immune response against the virus, according to phase two trial results.

All 700 volunteers given the experimental two-dose jab had high levels of Covid-fighting antibodies in their blood.

There were no safety concerns among participants, who were 18 to 95 years old.

The shot will now move to Phase 3 trials which will involve more than 35,000 adults across several countries. They are set to begin ‘in the coming weeks’.

These will determine the jab’s effectiveness at preventing infections, hospitalisations and ultimately deaths. 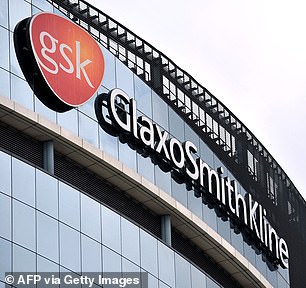 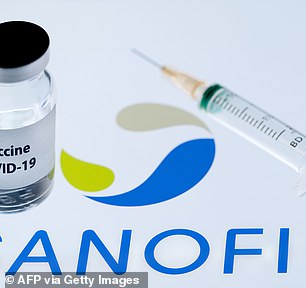 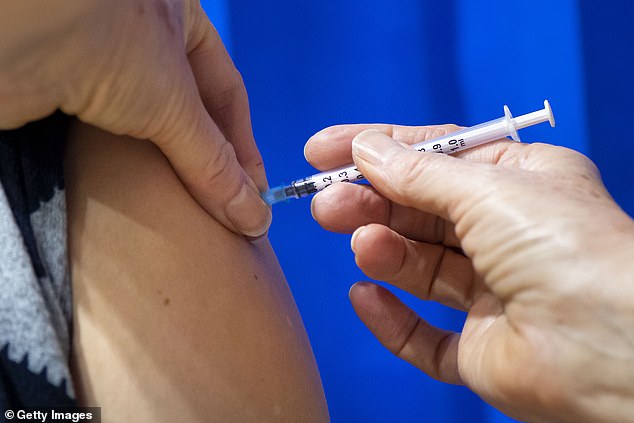 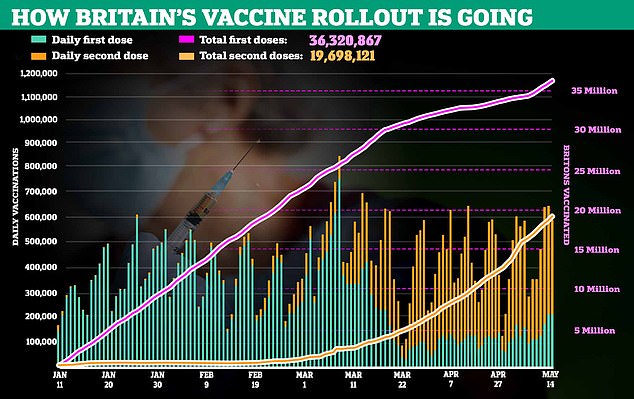 Scientists will also assess how effective the shot is at fighting off the South African variant (B.1.351), which is considered the most vaccine-resistant strain.

GSK and Sanofi have been playing catch up with their rivals after their jab was delayed in December when early studies suggested it did not work well in older people.

The latest results, which showed a ‘strong neutralising antibody response’ in all age groups, has given its makers confidence it will hit the market by the end of this year.

Britain has ordered 60million doses, although officials don’t expect them to be available until this winter at the earliest.

GSK Vaccines’ President, Roger Connor, said the data suggested their jab could make a ‘significant contribution’ to the ongoing fight against Covid.

GSK’s vaccine is based on the existing technology used to produce Sanofi’s seasonal flu vaccine.

Genetic material from the surface protein of the Covid virus is inserted into insect cells – the basis of Sanofi’s influenza product – and then injected to provoke an immune response in a human patient.

It is administered as two doses, with a gap of 21 days between each shot.

The companies said they were also planning to study the jab’s effectiveness as a booster shot for the coming winter.

Mr Connor said: ‘We believe that this vaccine candidate can make a significant contribution to the ongoing fight against Covid and will move to Phase 3 as soon as possible to meet our goal of making it available before the end of the year.’

Sanofi’s head Thomas Triomphe said: ‘Our Phase 2 data confirm the potential of this vaccine to play a role in addressing this ongoing global public health crisis.’

More than 36million Britons – or two in three adults – have already received at least one dose of the Covid vaccine.

The UK’s roll-out has focused on the AstraZeneca and Pfizer shots, although Moderna was also added to their arsenal last month.

The single-dose Johnson and Johnson vaccine is expected to be approved within days, but shots won’t be available until mid-summer.

The coronavirus vaccines are 97 per cent effective against infection from the Indian variant, a scientist has claimed.

The lead researcher behind a study on healthcare workers in India said those given one dose of AstraZeneca’s jab enjoyed 97.38 per cent protection from infection.

Their risk of being hospitalised with the strain was just 0.06 per cent, according to the research at the Indraprastha Apollo Hospital in New Delhi.

Public Health England estimates the vaccines can prevent about 70 per cent of transmission against the Kent variant, based on real-world data from Britain’s vaccine rollout.

Less is known about how well the jabs will work on the Indian variant because the UK has only recorded 1,313 cases. But the Government has said it is not aware of anyone who has died from the strain after being given both jabs.

Health Secretary Matt Hancock revealed over the weekend that, of the 18 people hospitalised with the variant in hotspot Bolton, just one person was fully vaccinated, although most were eligible.

Mr Hancock said the fully-vaccinated patient had been ‘very frail’ and therefore vulnerable to infection. Another five of the patients had only received their first jab.

Meanwhile, a SAGE member today said that data from lab studies into the effectiveness of vaccines on the new strain were ‘rather promising’.

Sir John Bell, from the University of Oxford which is conducting the research, said the new variant appeared to slightly reduce the ability to neutralise the virus, but added that it was ‘not very great’.

The Indian study of 3,235 healthcare workers given at least one dose of AstraZeneca found 85 symptomatic cases of Covid, with just two of those being hospitalised.

The study at Indraprastha Apollo Hospital in New Delhi had not recorded any deaths or ICU admissions among vaccinated patients. Researchers said the study highlighted the power of vaccination.

Dr Anupam Sibal, group medical director, told the Telegraph: ‘Our study demonstrated that 97.38 per cent of those vaccinated were protected from an infection and hospitalisation rate was only 0.06 per cent.’