The leader – known as The Punisher for his outbursts and violent war on drugs – gave police forces and the military shoot to kill orders for anyone caught causing trouble. 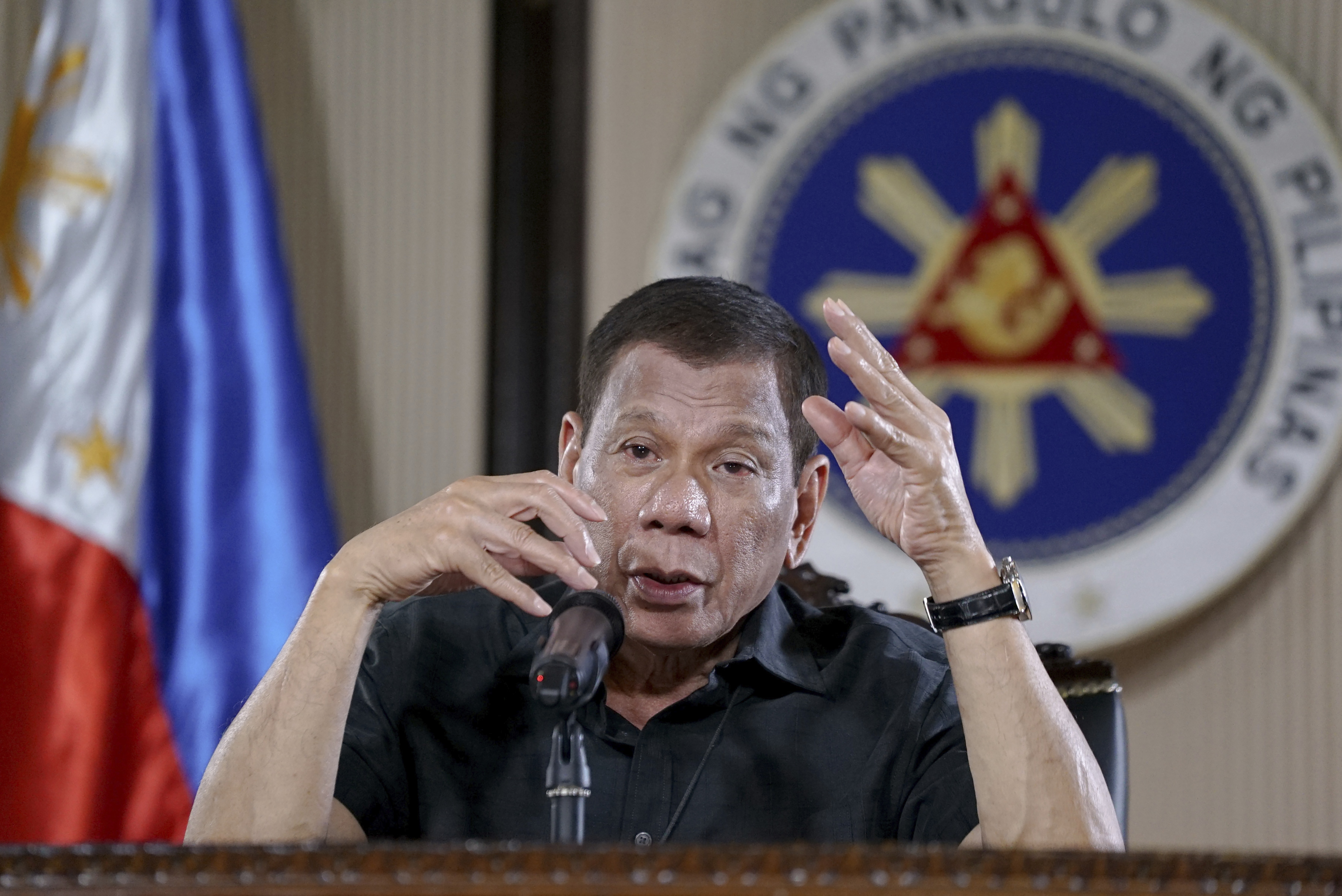 Mr Duterte also reminded the nation that any abuse of medical workers will not be tolerated during the coronavirus pandemic.

The Philippines has recorded 2,311 confirmed cases and 96 deaths, but infections are climbing by hundreds every day in the state.

Speaking in a televised address, Mr Duterte issued his vicious warning as he urged everyone to follow quarantine measures.

Authorities are desperately trying to slow the infection to temper impacts on the country’s fragile health system – which already risks being strained by the outbreak.

He said: “It is getting worse. So once again I'm telling you the seriousness of the problem and that you must listen.

“My orders to the police and military … if there is trouble and there's an occasion that they fight back and your lives are in danger, shoot them dead."

"Is that understood? Dead. Instead of causing trouble, I will bury you."

Mr Duterte’s threat came after several reports of disturbances across the Philippines as the country succumbed to the pandemic.

Residents in a poor area of the capital Manila were arrested from protesting over a lack of food aid from Mr Duterte’s regime.

Medics in the Philippines are also begging for help as they are subjected to social stigma due to their exposure to the coronavirus.

Despite heroically battling the disease, some doctors and nurses have been subject to physical abuse and discrimination.

Mr Duterte ordered this to stop in his address. 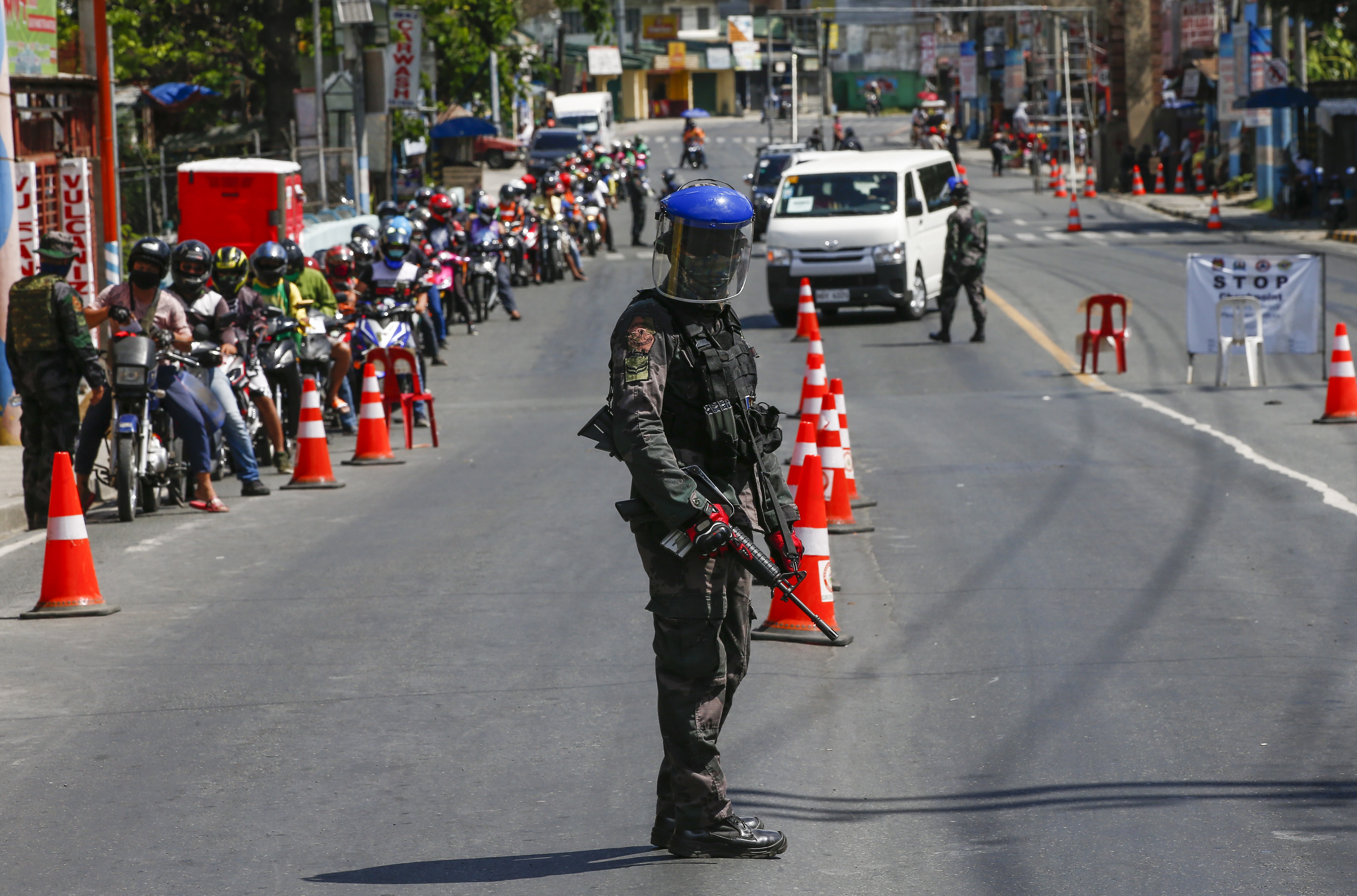 Amnesty International have already condemned the president’s comments, which throws up yet more questions about his record on human rights.

More than 17,000 people have reportedly be arrested for violations related to the coronavirus lockdown and the curfew orders in the Philippines.

Reports have claimed some people have been subjected to punishments such as sitting for hours in the sun and being detained in dog cages.

Amnesty International also reported protesters were beaten with wooden sticks when they gathered to call for aid from the regime.

The human rights group’s Philippines director Butch Olano said: “It is deeply alarming that President Duterte has extended a policy of shoot to kill, a devastating hallmark of his presidency, to law enforcement agencies in the community quarantine.

“Deadly, unchecked force should never be referred to as a method to respond to an emergency such as the COVID-19 pandemic.

“The abusive methods used to punish those accused of breaching quarantine, and the vast number of mass arrests that have been carried out to date against mainly poor people, are further examples of the oppressive approach the government is taking against many who are struggling with basic needs." 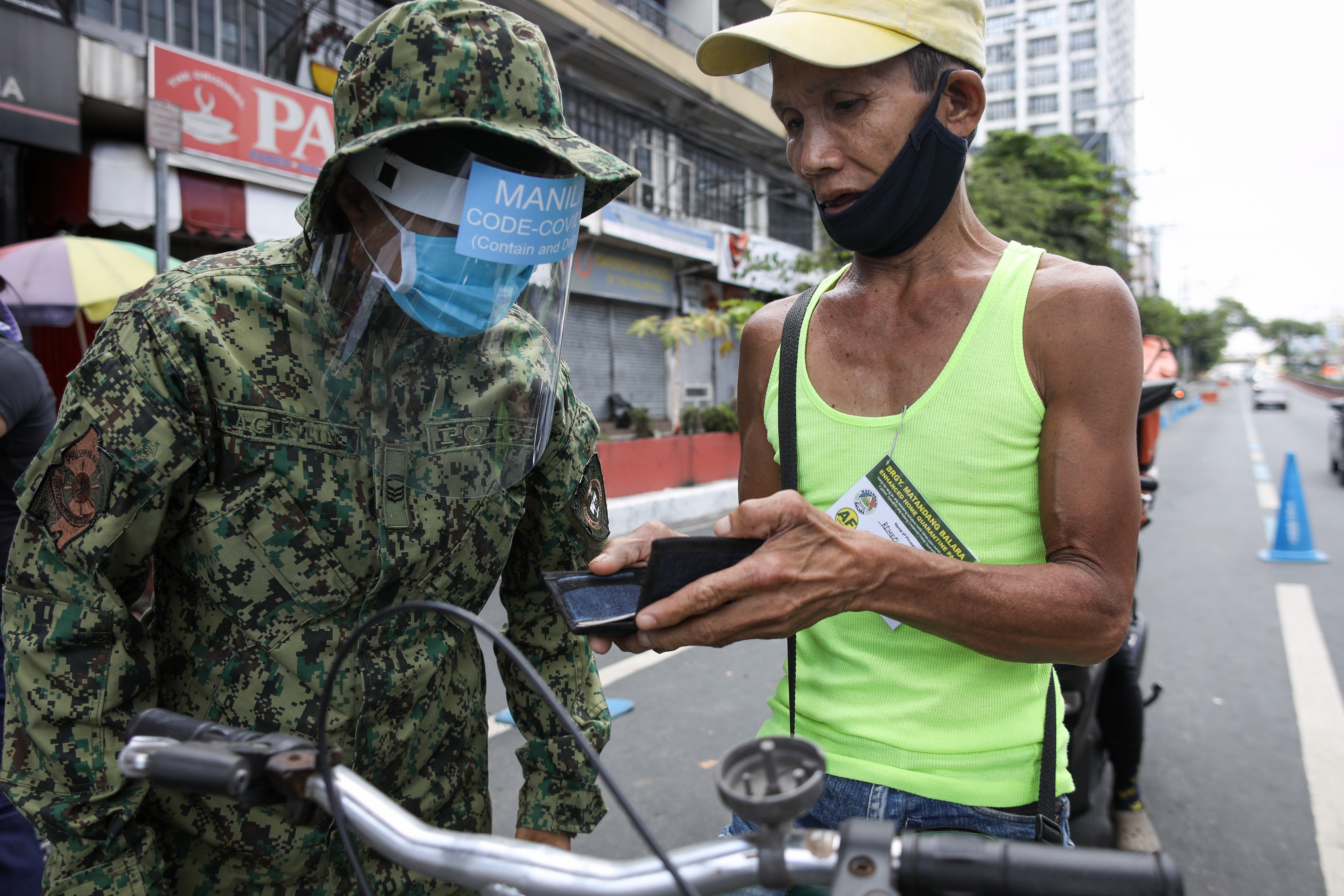 Mr Olano added: “We call on the president to immediately cease his dangerous incitement to violence against those who may be critical of the government during the COVID-19 pandemic.

“The lives of those most at risk must be considered a priority in the effort to minimise the threat of the virus.”

Mr Duterte has previously been nicknamed Trump of the East, the Death Squad Mayor, and Duterte Harry, a comparison to the movie cop played by Clint Eastwood.

The president most infamously supports a brutal war on drugs, which human rights and opposition groups have claimed has killed up to more than 20,000 people.

He has urged members of the public to kill criminals and drug addicts, and then his government argued that extrajudicial killings are not state sponsored.

Human rights groups argue many of those killed are civilians, and some are claimed to be framed by the authorities planting evidence such as drugs and guns. 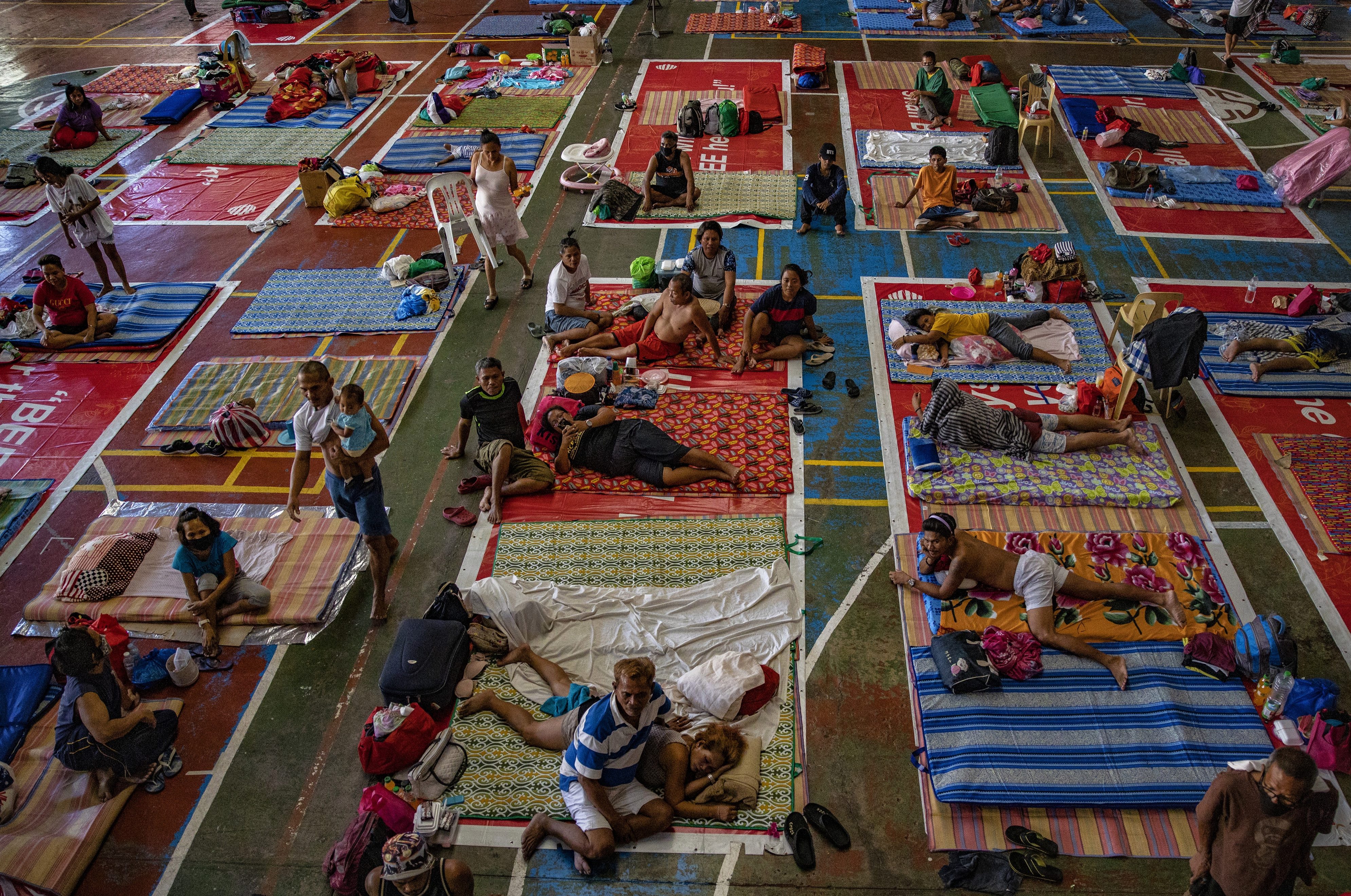 Before taking office Mr Duterte was a prosecutor and mayor in Davao City, being instrumental in founding the Davao Death Squad.

The group killed petty criminals and drug users, with Mr Duterte claiming to have personally killed people – including throwing a man out of a helicopter.

Other boasts include that he is “ten times” worse than ISIS, threatening to eat terrorists alive because they are “beyond redemption”.

He also also called former US President Barack Obama a “son of a w***e”, and branded Pope Francis as “son of a b***h.”

Mr Duterte has previously said coronavirus doctors who die due the pandemic should consider themselves “lucky” as they are serving their country. 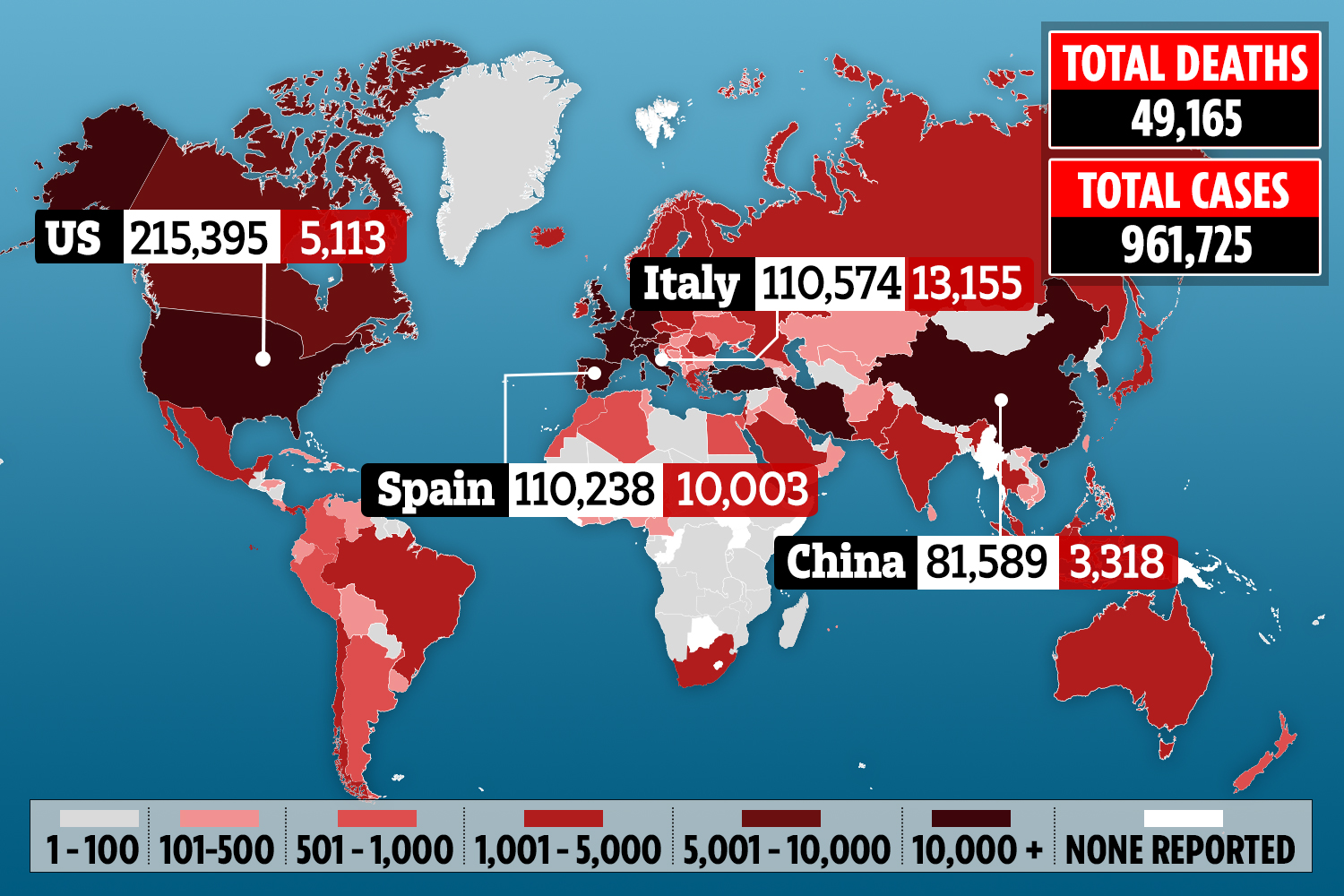 He said: “There are doctors, nurses, attendants who died. They were the ones who died helping others. They are so lucky.

“They died for the country. That should be the reason why we die

“It would be an honor to die for your country, I assure you.”

At least 12 Filipino doctors have died from Covid-19, according to the Philippine Medical Association.

Mr Duterte has also put retired generals into his cabinet in a military-style task force to battle the coronavirus.

It comes as the global case count nears one million, and almost 50,000 people have been killed by the virus.

The US now has the highest number of confirmed cases, with more than 216,000 infected and more than 5,000 dead.

It comes as horrific reports emerged from Ecuador of bodies in the streets as authorities lose control of the pandemic.