The bitter war of words between William and Harry was sparked by the Duke of Cambridge’s office planting stories about Prince Harry’s state of mind, it has been claimed.

In a new documentary about the brothers’ feud tonight, Prince Harry’s biographer Omid Scobie alleges it was ‘no coincidence’ that William’s aides at Kensington Palace began a briefing campaign against him the day after he appeared to sensationally confirm longstanding rumours of a rift.

It was in 2019, at the end of the Duke and Duchess of Sussex’s tour of South Africa, that Harry told ITV’s Tom Bradby that he and his brother ‘were on different paths’.

In the same programme, Meghan revealed to Bradby that she was ‘surviving, not thriving’ and suggested the Royal Family had been neglectful, adding that ‘not many people have asked me if I am OK’. 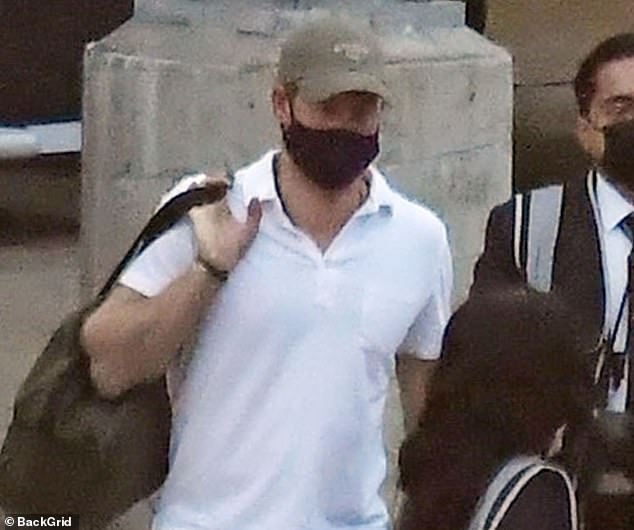 The bitter war of words between William and Harry (pictured arriving in Los Angeles after attending the Diana statue unveiling in London) was sparked by the Duke of Cambridge’s office planting stories about Prince Harry’s state of mind, it has been claimed

But in the aftermath of the interview, which made headlines around the world, Mr Scobie claims that reports saying William was ‘worried about Harry’s mental health’ were deliberately planted by his staff – and sowed the seeds for further division between the pair.

Mr Scobie did not provide evidence to support his claims that palace aides or anyone connected to William was responsible for the alleged briefings.

Mr Scobie, co-author of Finding Freedom, tells the documentary: ‘I would say that it was no coincidence that it was shortly after that aired, even the next day, there were source quotes that came from a senior aide at Kensington Palace saying that William was worried about his brother’s mental health.

‘That fed off such an ugly thing for Harry and it did not go unnoticed. Now whether William directed that or not, no one will ever know, but it came from his household that he is the boss of.’

In tonight’s ITV documentary, Harry & William: What Went Wrong?, Scobie – who has been an outspoken champion of the Duke and Duchess of Sussex – adds: ‘Meghan came in driven and ready to work and that immediately ruffled feathers. She’s a woman well into her 30s: I think she’s proven to herself and the people she’s worked with up until that point that she knows what she’s doing.

‘She was certainly not someone who was going to change herself just to please the people around her. I felt they also had to be reminded: “You’re not the stars of the show here. There is a hierarchy and you don’t come very high in it.” ’ 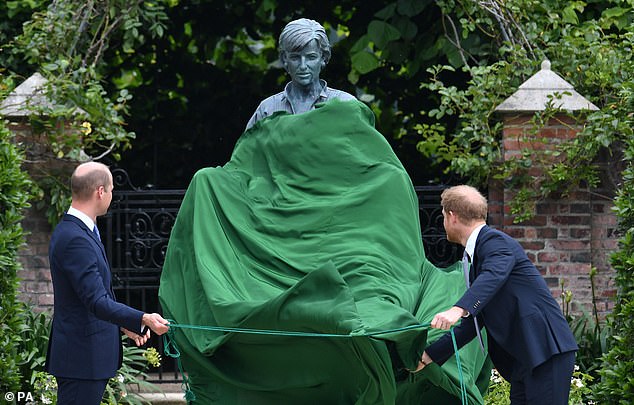 The Duke of Cambridge and the Duke of Sussex unveil a statue of their mother Diana, Princess of Wales, in the Sunken Garden at Kensington Palace, London, on July 1

When Harry spoke to Bradby in 2019, it confirmed what many Royal watchers suspected – the once-close brothers had drifted apart.

The programme is billed as ‘an attempt to get to the bottom of this Royal rift’ and ‘explore allegations that many of the negative stories about Harry and Meghan were the result of briefings from within the Palace’. Indeed, some of the sources seem to come from those close to the brothers. 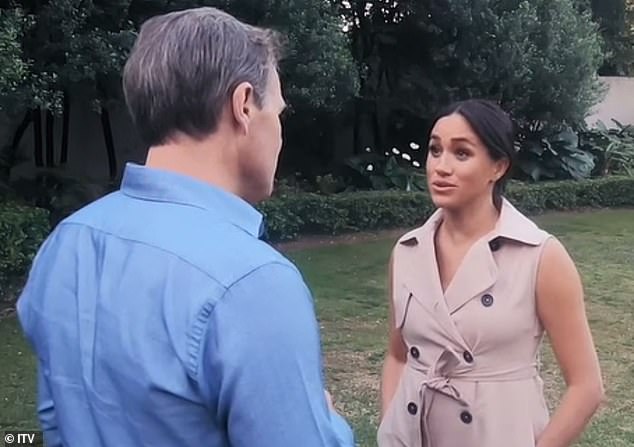 Harry told ITV’s Tom Bradby that he and his brother ‘were on different paths’ in 2019. In the same programme, Meghan revealed to Bradby (pictured) that she was ‘surviving, not thriving’

Robert Lacey, whose book Battle Of Brothers about William and Harry’s relationship breakdown, says on camera: ‘Someone close to William told me William felt from an early stage that Meghan had an agenda.’ Royal biographer Penny Junor says: ‘I was hearing very bad stories from early on that Meghan was upsetting people. She was not as charming as she seemed.’

Junor adds: ‘Harry and Meghan’s approach is not just Californian, it’s showbiz-y, celebrity. Our Royal Family are not celebrities. They are working members of a public institution. I was appalled by the Oprah interview. These are not statements that should be made for public consumption. This is the sort of thing that should happen in the privacy of a psychiatrist’s couch.’

Harry & William: What Went Wrong? is on ITV at 9pm tonight.