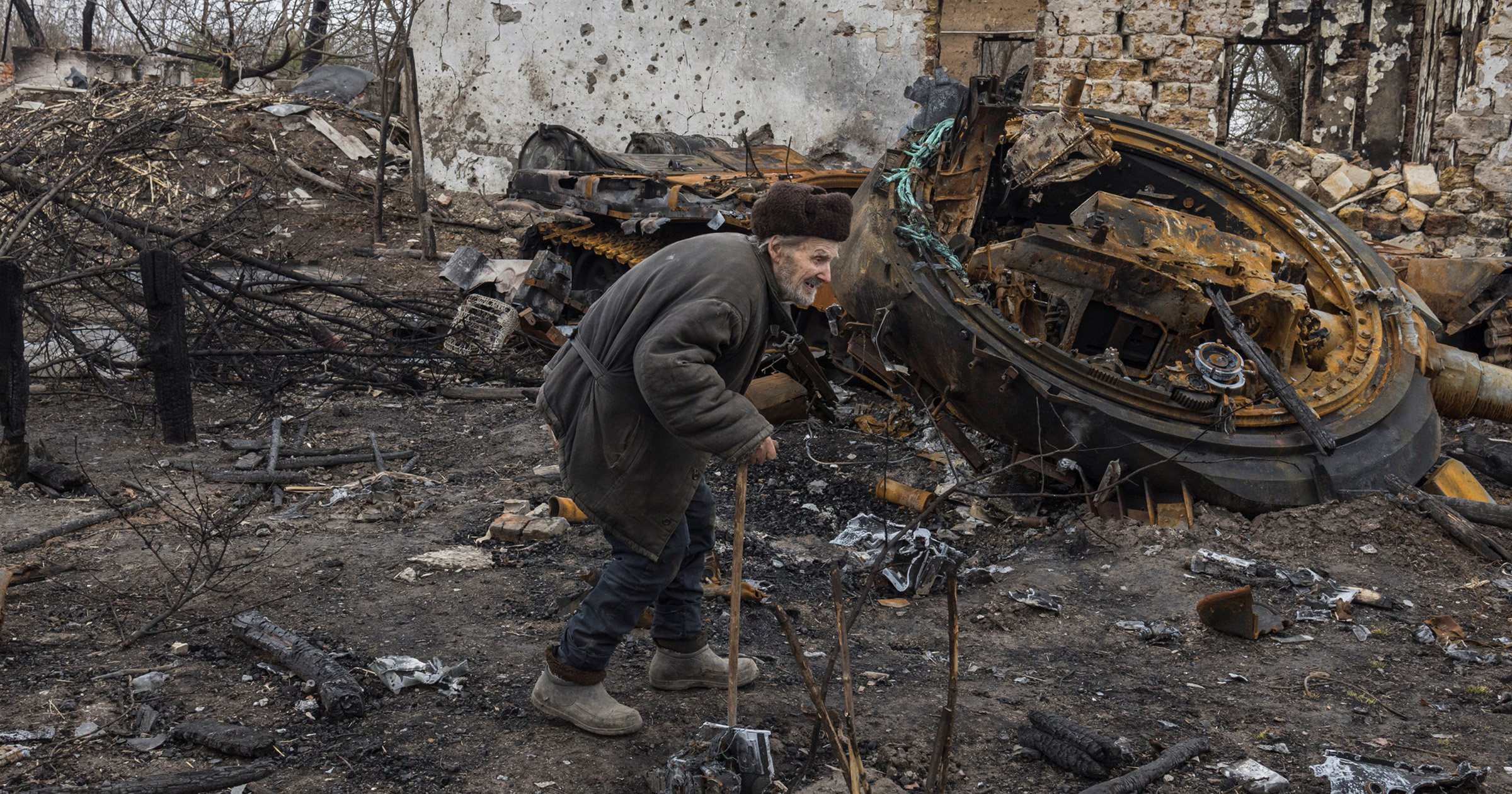 Vladimir Putin is trying to build an ‘open Eurasia’ stretching from ‘Vladivostok to Lisbon’ through his invasion of Ukraine, his senior ally has said.

Dmitry Medvedev, deputy chairman of the Russian Security Council and a former president, made the ominous warning in a Telegram post.

It comes as Western leaders fear Moscow is planning a new military offensive in southern and eastern parts of Ukraine.

Medvedev claimed the invasion of Russia’s neighbour was to bring peace to the former Soviet republic – at a time when evidence of brutal war crimes is mounting.

Ukrainian President Volodymyr Zelensky has told how some civilians in the town of Bucha have had their tongues cut out by troops, while others have been raped.

But still Moscow is trying to pin all of the blame on its neighbour, with Medvedev claiming the so-called ‘special military operation’ was to build peace in the country.

Accusing ‘Nazis, murderers and collaborators’ of stirring up ‘Russophobia’ in Ukraine after the collapse of the Soviet Union in 1991, he said Moscow’s goal to ‘demilitarise’ and ‘deNazify’ the country ‘will not only be decided on the battlefields’.

He added: ‘To change the bloody and full of false myths consciousness of a part of today’s Ukrainians is the most important goal’, Medvedev said.

‘The goal is for the sake of the peace of future generations of Ukrainians themselves and the opportunity to finally build an open Eurasia – from Lisbon to Vladivostok.’

He questions the legitimacy of Ukrainian sovereignty and says: ‘The passionate part of Ukrainians has been praying for the Third Reich for the last 30 years.’

While there are neo-Nazi groups in Ukraine, including the Azov Battalion, political analysts and historians have said Putin is mischaracterising the country’s political makeup and history.

They say that selling the idea to Russian soldiers that they are there to ‘fight Nazis’ is a fig leaf for the Kremlin’s true goals.

While it is not clear what is meant by an ‘open Eurasia’ – clearly Russia would be calling the shots when shaping this new order for the continent.

It calls for a ‘liquidation’ of Ukrainians opposed to the invasion and says troops should not draw a distinction between military personnel and civilians.

The article, titled ‘What Should Russia do with Ukraine?’, says: ‘Denazification is necessary when a significant part of the people – most likely the majority – has been absorbed and drawn into politics by the Nazi regime.

‘That is, when the hypothesis “the people are good – the government is bad” does not work.’

The piece, written by Timofei Sergeitsev, adds: ‘A significant part of the popular mass, which are passive Nazis, accomplices of Nazism, is also guilty.

‘War criminals and active Nazis must be punished approximately and demonstratively. Total purification should be carried out.’