Many people in the country are out now again looking for COVID-19 tests and vaccines with the Omicron variant raging, but that isn't stopping publicly traded Rite Aid (RAD) from closing underperforming locations in a bid to further improve its profits.

The pharmacy chain revealed Tuesday it will shutter up to 63 stores in coming months. Closures began in November, Rite Aid said. The closures are expected to pad earnings before interest, taxes, depreciation and amortization by $25 million.

“Today, we also announced the first phase of a store closure program to reduce costs, drive improved profitability and ensure that we have a healthy foundation to grow from, with the right stores in the right locations, for the communities we serve and for our business," said Rite Aid CEO Heyward Donigan in a statement.

Unsurprisingly, the market cheered the announcement — shares rose 17% on the session.

The latest closures comes as Rite Aid continues to work to repair its debt-laden balance sheet (which includes $5.7 billion total in long-term debt and long-term lease obligations, as of the end of the third quarter).

According to the company's 2020 annual report filed on April 21 of this year, Rite Aid entered its current fiscal year operating 2,510 stores across 17 states. 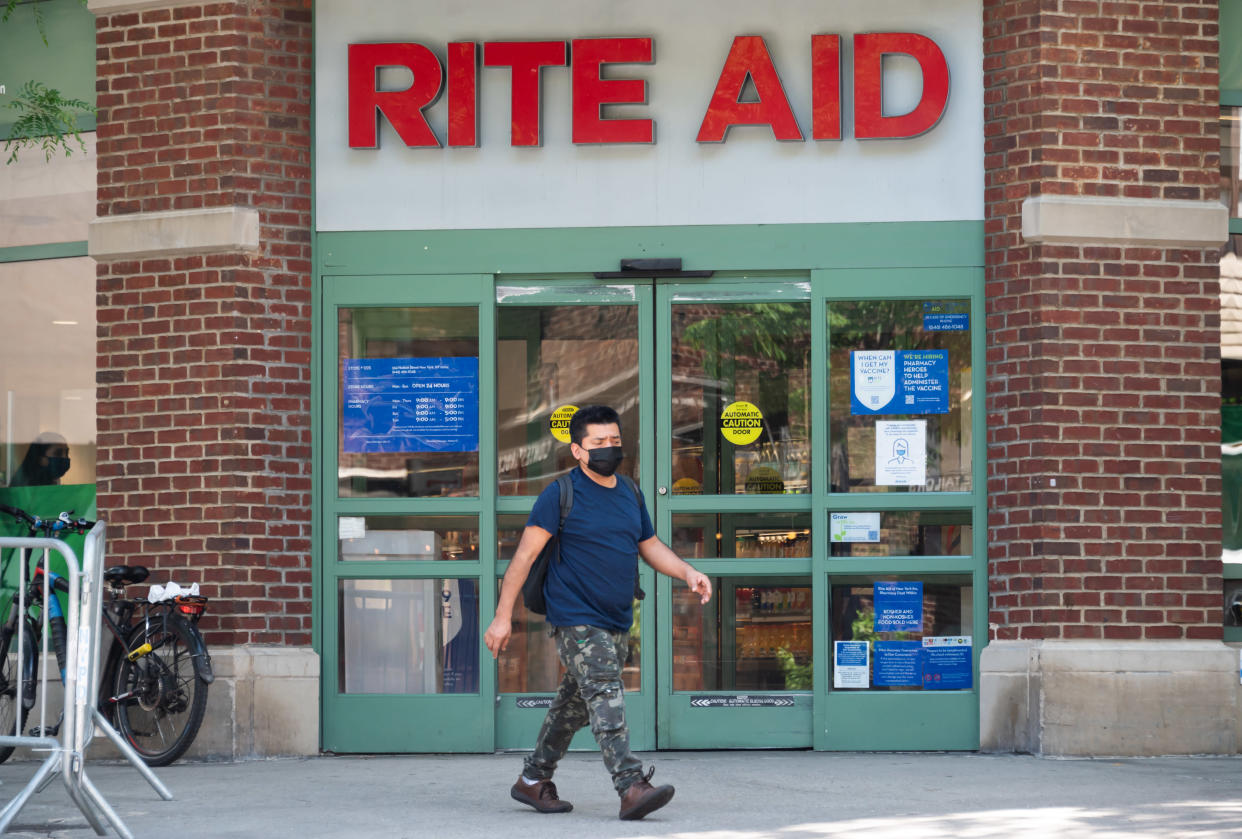 So far, the store closures — coupled with increased traffic to the best locations from those seeking COVID-19 tests and vaccines — appears to be driving better profits.

To be sure, Rite Aid isn't alone in the pharmacy space to be eyeing mass store closures after years of over expansion for the sector.

CVS Health said in November it would shutter 900 stores over the course of three years, starting in 2022. Meanwhile, Walgreens continues to work through a plan to close 200 stores nationwide.

Brian Sozzi is an editor-at-large and anchor at Yahoo Finance. Follow Sozzi on Twitter @BrianSozzi and on LinkedIn.