Russian army on verge of collapse but Putin says 30,000 deaths 'is worth it' 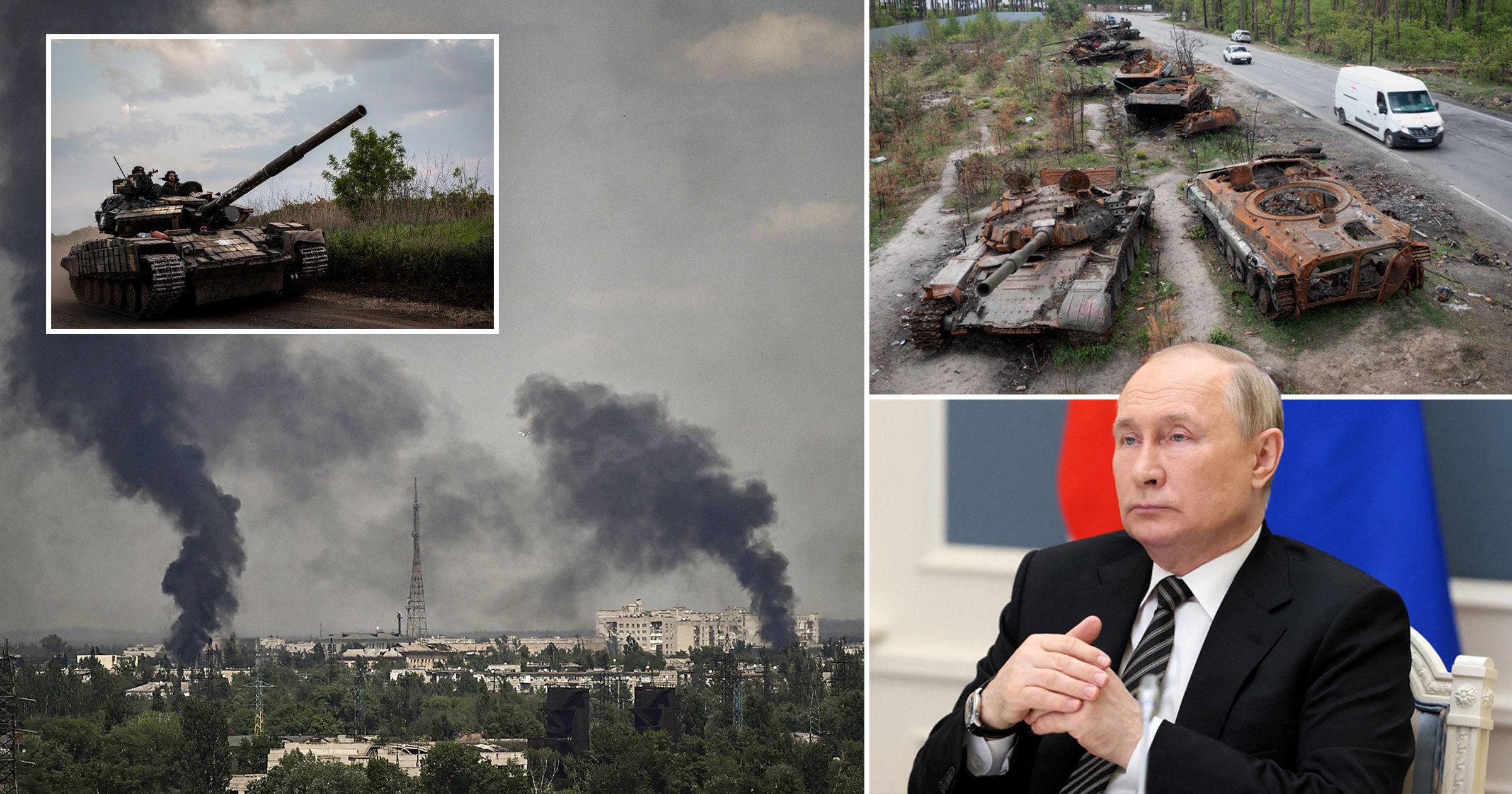 Russia’s army could collapse amid losses of more than 30,000 troops in Ukraine, according to a confidential UK report.

The document, written by a ‘top UK analyst on Russia’, says Vladimir Putin still believes he can win a ‘partial victory’ despite Kremlin insiders trying to convince him the invasion has been a disaster.

The despot is said to think that losses of 30,350 troops so far are a ‘price worth paying’ for a small victory in Ukraine.

However, those around him think his blood sacrifice may be a step too far.

Russian failures have already resulted in them narrowing their focus from their original goal of overthrowing Volodymyr Zelensky’s democratically elected government in Kyiv with a pro-Moscow regime.

After being forced into a humiliating retreat from the capital city, they have now concentrated on seizing the rest of the Donbas region in the east, part of which was already held by Russian-backed breakaway rebels.

Their latest mission is to capture Sievierodonetsk – the last Ukrainian-held city in Luhansk.

However, this has been described as a suicide mission amid increasing reports of mutinies within the Russian Army due to poor conditions and the huge losses among troops.

The secret analysis seen by The Mirror says: ‘Russia’s attempt to achieve a speedy and decisive victory in the Donbas has not yet succeeded. They are still grinding forward, gaining 1-2km a day.

‘The Russians are now achieving what successes they have mostly by means of a slogging match with repeated, very costly, infantry attacks reminiscent of 1945 not 2022.

‘The gross failures of the campaign Putin has so far been able to hide quite well from the Russian public, or to blame on various officials, who have been arrested and replaced.

‘The Russian population until recently bought Putin’s disinformation. We have seen an attempt within the Kremlin to get a message across to Putin and his closest team that things are going wrong, perhaps even catastrophically wrong.’

Despite unease within the Kremlin, Putin has convinced himself that a victory in contested Donbas is now in sight and will give him huge leverage against Kyiv, the report said – and failure would result in him being deposed.

According to Britain’s Defence Intelligence, the disastrous invasion has likely seen ‘devastating’ casualties among its mid and junior ranking officers, who are being deployed forwards to the frontlines ‘because they are held to an uncompromising level of responsibility for their units’ performance’.

‘There has to be a point when Russian forces cannot take any more losses, a cut-off point,’ Mr Jones said.

‘This would be a straw that broke the camel’s moment, where units would no longer be able to function as a fighting force because they are so depleted.

‘It has happened before and on a small scale it is happening now – so this could become a reality.’