Bologna: Rome prosecutors are investigating the disappearance of at least 120 paintings, etchings, sculptures and tapestries from the offices of Italy’s public broadcaster, Rai.

Some of the missing artworks – which include valuable etchings by Amedeo Modigliani, Claude Monet and Alfred Sisley – disappeared from Rai offices, while others were replaced with fakes.

Authorities suspect disgruntled employees may be behind the thefts from the impressive collection, which includes 1500 artworks worth millions of euros that were purchased over the years with public funds. Italian households are required to pay €90 ($141) a year in television license fees, although Rai – which is owned by the Ministry of Economy and Finance – is still €523 million in debt. 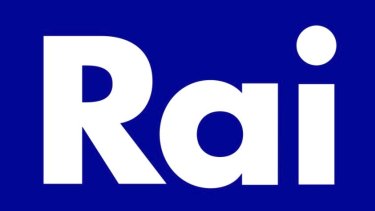 According to the Il Messaggero newspaper, which first reported the “Sacking of Rai” story, top bosses at the broadcaster’s Rome headquarters uncovered the issue by chance in March, when a painting supposedly by Florentine artist Ottone Rosai fell to the floor, its broken frame revealing it was actually a copy.

Detectives traced the theft back to a retired Rai employee, who admitted he had sold it back in the Seventies for the equivalent of a few hundred euros. The crime is no longer prosecutable as the statute of limitations has passed.

A subsequent survey of the known works in Rai’s collection revealed that 120 pieces were missing.

Four bronze and silver horse statues that were miniature copies of the iconic sculpture by Francesco Messina outside Rai’s Rome headquarters were also stolen, along with a canvas depicting the Colosseum by figurative painter Giovanni Stradone.

As well as the Rome headquarters, artworks have also vanished from Rai bureaus elsewhere. Paintings by Giorgio De Chirico and Renato Guttuso are among the missing.

Detectives suspect most of the thefts occurred only after a 1996 exhibition of Rai’s collection in Puglia raised awareness of the precious collection hanging unprotected in Rai’s corridors.

“We are tracing a series of disappearances that do seem to be targeted,” Nicola Sinisi, Rai executive, told La Repubblica.

Vittorio Sgarbi, Italian art critic, estimated the value of the missing works at approximately €20 million, according to the Adnkronos news agency.

The investigation is being carried about by the art heritage fraud squad of Italy’s Carabinieri police, considered among the top art crime detectives in the world.

Recovered works from the operation include a 15th century oil on canvas stolen from Matera, silver and bronze Roman coins, and ancient amphora, vases, ceramics and statues, with a total value of €1.1 million.