Labour faces an anxious wait today as early counting in the London mayoral battle suggested Sadiq Khan and Shaun Bailey could be closer than expected.

The incumbent and Tory challenger were virtually neck and neck after nearly a quarter of votes were counted – although it is thought Conservative strongholds are counting faster.

Allies of Mr Khan have been warning that they expect a much tighter result than looked likely until the past week.

The dire performance of Labour nationally and in the Hartlepool by-election has also set nerves jangling.

One senior source told MailOnline that the result could be narrower than in 2016 against Zac Goldsmith. ‘I think it will be closer than last time,’ they said.

The results are not expected to be fully declared until tomorrow night, or possibly even Sunday. 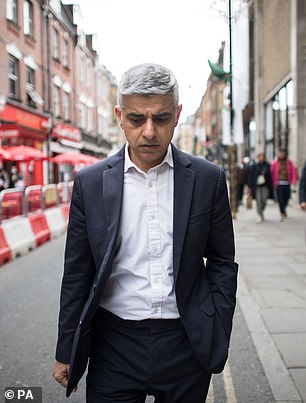 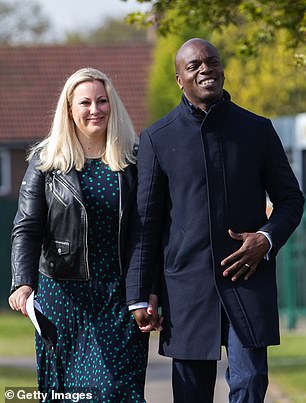 A YouGov poll yesterday gave Mr Khan a 12-point lead, based on first preference votes, down from 21 points a month ago.

It suggested Mr Khan will win the contest in a second round run-off with Mr Bailey by 59 per cent to 41 per cent.

Knife crime in the capital has increased by more than 60 per cent between May 2016, when Mr Khan took office, and March last year, according to the Office for National Statistics.

There have been Labour worries that Mr Khan support could be cut following a spate of knife killings.

An Opinium survey this week showed 52 per cent of Londoners think tackling knife crime should be the next mayor’s top priority.

Mr Khan, along with wife Saadiya and their dog Luna, voted at St Albans Church in south London, yesterday before a frantic effort to get out the vote. 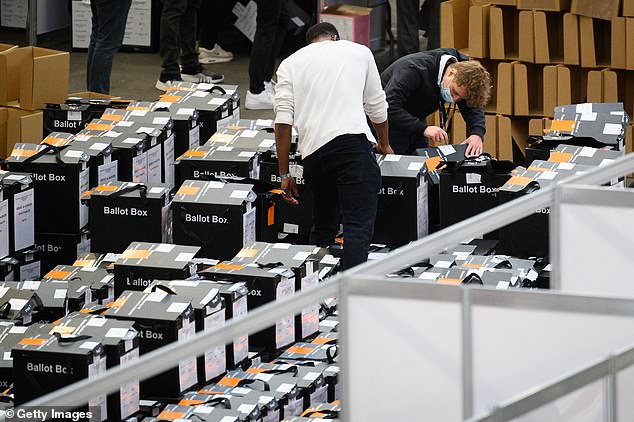 Counting has been continuing at Alexandra Palace in London this afternoon