Washington: Scientists say they have discovered a new kind of early human after studying pieces of fossilised bone dug up at a site used by a cement plant in central Israel.

The fragments of a skull and a lower jaw with teeth were 120,000 to 140,000 years old and could force a rethink of parts of the human family tree, the researchers from Tel Aviv University and the Hebrew University of Jerusalem said. 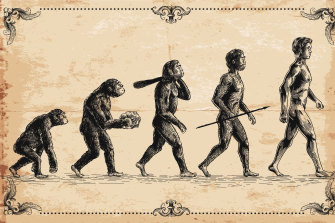 A team of anthropologists spent years analysing the fragments uncovered in Nesher Ramla in 2010, comparing them to hundreds of fossils around the world from different eras. Excavators uncovered the bones about eight metres deep among stone tools and the bones of horses and deer.

The early humans, who had very large teeth and no chin, may have also been ancestors of the Neanderthals, the study added, challenging the current thinking that our evolutionary cousins originated in Europe.

They may have lived alongside our species, Homo sapiens, for more than 100,000 years, and may have even interbred, according to the findings.

The researchers determined that the fossils likely came from a hominin group closely related to Neanderthals. The scientists also believe there are enough similarities to link this group to other populations found in prior cave excavations in Israel dating to around 400,000 years ago. 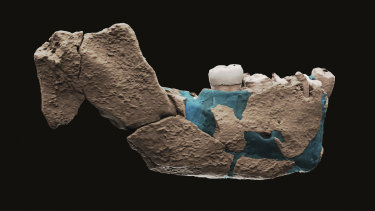 A virtual reconstruction of a human ancestor jaw found in Nesher Ramla, Israel.Credit:TAU/AP

“The teeth have some unique features that enable us to draw a line between these populations,” said Tel Aviv University dental anthropologist Rachel Sarig, a co-author of the paper published in the journal Science on Friday AEST.

This group probably inhabited the region from around 400,000 to 100,000 years ago, said Tel Aviv University physical anthropologist Israel Hershkovitz, another co-author. He said the remains found at Nesher Ramla are likely from “some of the last survivors of a once very dominant group in the Middle East.”

Prior research has shown that Homo sapiens – modern humans – also lived in the region at the time.

Many scientists believe that the arrival of Homo sapiens in Europe presaged the decline of Neanderthals there, but the story may have been different in the Levant region — the crossroads between North Africa and Eurasia. 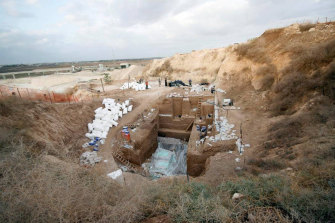 The new findings add to research showing that Homo sapiens and Neanderthal-like groups overlapped in the Middle East over a significant amount of time, probably tens of thousands of years.

“The discovery of a new type of Homo is of great scientific importance,” Hershkovitz said.

“It enables us to make new sense of previously found human fossils, add another piece to the puzzle of human evolution, and understand the migrations of humans in the old world.”

There were likely cultural and genetic exchanges between the groups, the paper authors suggest. “The Neanderthal story can no longer be told as a European story only. It’s a much more complicated story,” he said.

Sheela Athreya, a Texas A&M University paleoanthropologist who was not involved in the study, said the new research “gives us a lot to think about in terms of the history of population groups in this region, and how they may have interacted with populations in other regions, in Europe and North Africa.”

Hila May, a physical anthropologist at the Dan David Centre and the Shmunis Institute of Tel Aviv University said experts have never been able to fully explain how Homo sapiens genes were present in the earlier Neanderthal population in Europe and the Nesher Ramla may be the mystery group responsible.

The Nesher Ramla Homo – named after the place south-east of Tel Aviv where it was found – had no chin and the skull was flat, she said. 3D shape analysis later ruled out relation to any other known group.

“As a crossroads between Africa, Europe and Asia, the Land of Israel served as a melting pot where different human populations mixed with one another, to later spread throughout the Old World,” said Dr Rachel Sarig, from Tel Aviv University.

The Nesher Ramla fossils “look like something on a lineage heading toward Neanderthal,” said Eric Delson, a paleoanthropologist at Lehman College in New York who was not involved in the study. He characterised the findings as “fossils of what appears to be an intermediate variety — this group may be predecessors to Neanderthals in this area.”