SHOCKING pictures have emerged of the treatment of drug addicts in Afghanistan following the Taliban's takeover in August.

Images show Afghan addicts with shaven heads being rounded up by the strict Islamic government and marched into rehab. 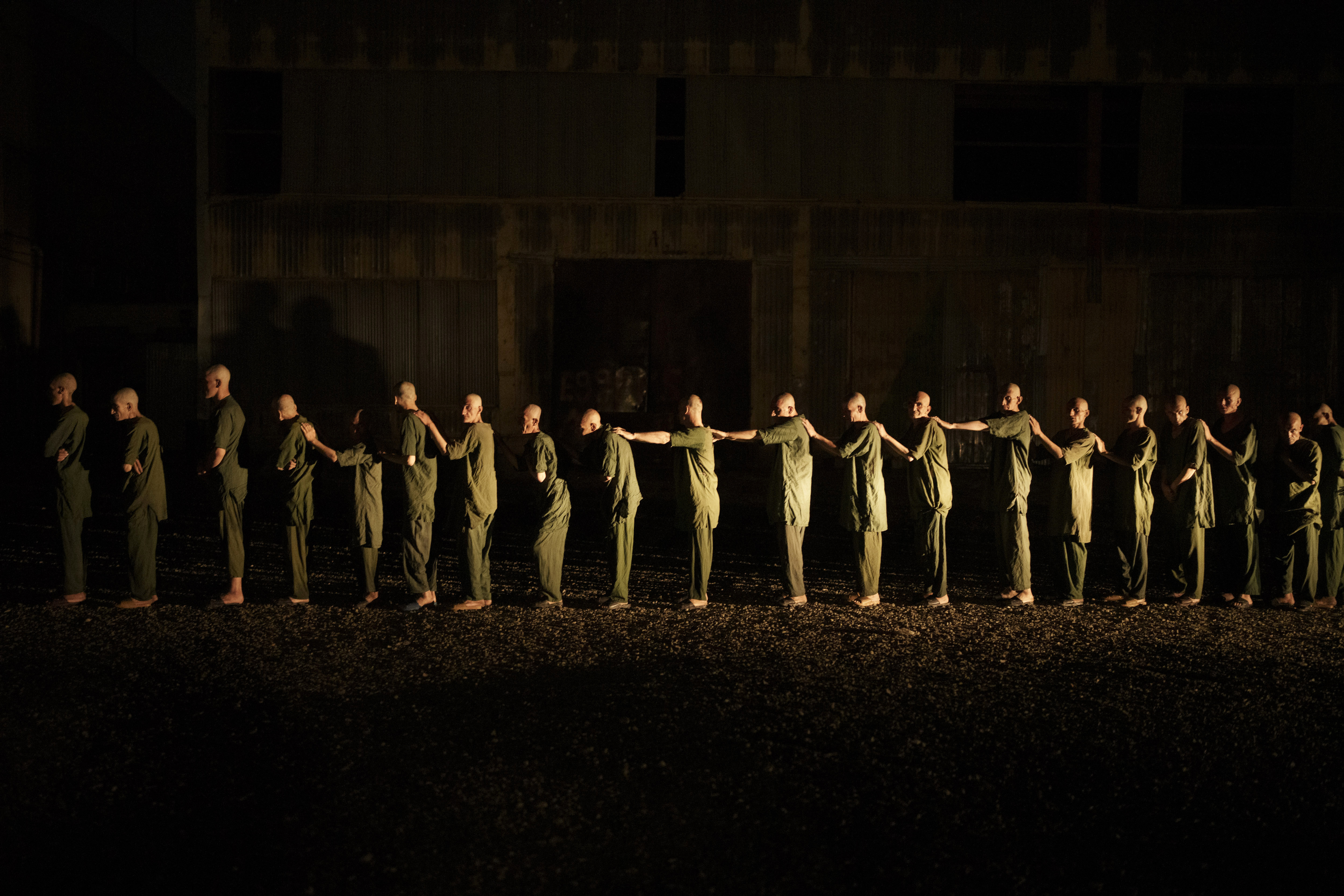 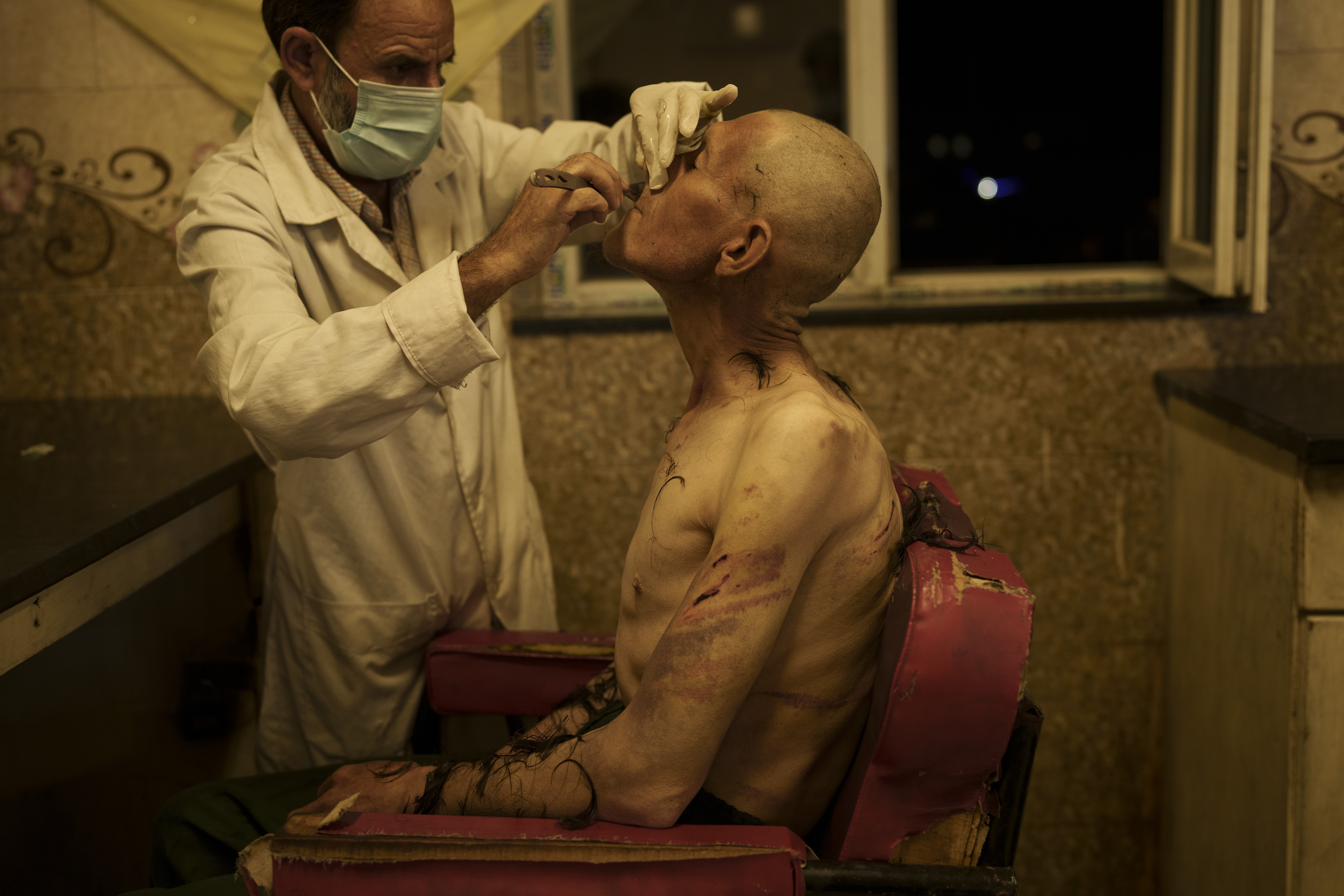 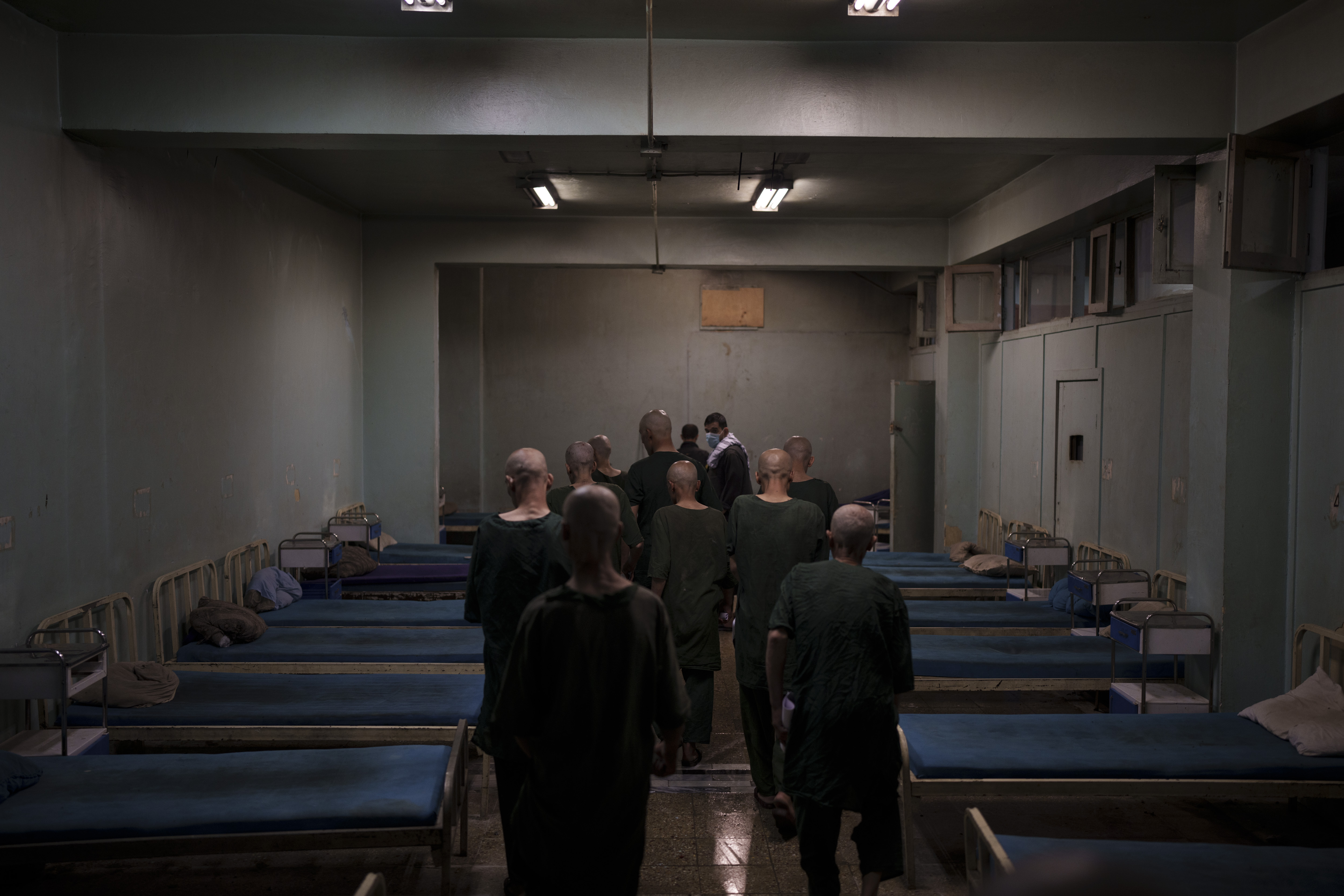 Pictures from the Avicenna Medical Hospital for Drug Treatment in Kabul reveal the plight drug addicts face now that the Taliban have taken back control of Afghanistan.

At nighttime police scour the capital for hundreds of homeless men addicted to heroin and methamphetamines.

According to reports, the men are rounded up, beaten and forcibly taken to treatment centres.

Over the weekend a group of police raided a drug den under a bridge in the Guzargah area.

150 men were rounded up and taken to the district police station where all of their belongings including their wallets and rings were burned in a pile.

By midnight the addicts, bleary-eyed and skeletal, were marched to the treatment centre which was once a US military base.

It was converted into a drug treatment hospital in 2016.

Once there, the addicts were stripped and bathed before having their head's shaved.

The men will be forced to undergo withdrawal with very little medical care to help them alleviate any discomfort or pain.

Doctors at the hospital revealed that the drug addicts, who suffer from different forms of mental illness, were sat against stone walls with their hands tied and told to sober up or face more brutal lashings.

The heavy-handed methods are welcomed by some health workers, who have had no choice but to adapt to Taliban rule.

"We are not in a democracy anymore, this is a dictatorship," said Dr Fazalrabi Mayar, working in a treatment facility.

"And the use of force is the only way to treat these people."

Tragically most of the families of these men do not know where they are.

In the waiting room of the hospital, parents and relatives wonder if their missing loved ones were taken during the night raids.

One mother, cried after she was reunited with her 21-year-old who was missing for 12 days.

He had been taken into the centre weeks before.

Soon after the Taliban took power on August 15, the Taliban Health Ministry issued an order to these facilities to control the problem of addiction in the country.

Afghanistan's vast poppy fields are the source of the majority of the world's heroin, and the country has emerged as a significant meth producer.

Both have fueled massive addiction around the country.

Drug use is against the Taliban's interpretation of the Islamic doctrine but addicts are also stigmatised across the wider conservative Afghan community.

But the Taliban have broader aims.

Patrol officer Qari Ghafoor said: "This is just the beginning, later we will go after the farmers, and we will punish them according to Sharia law." 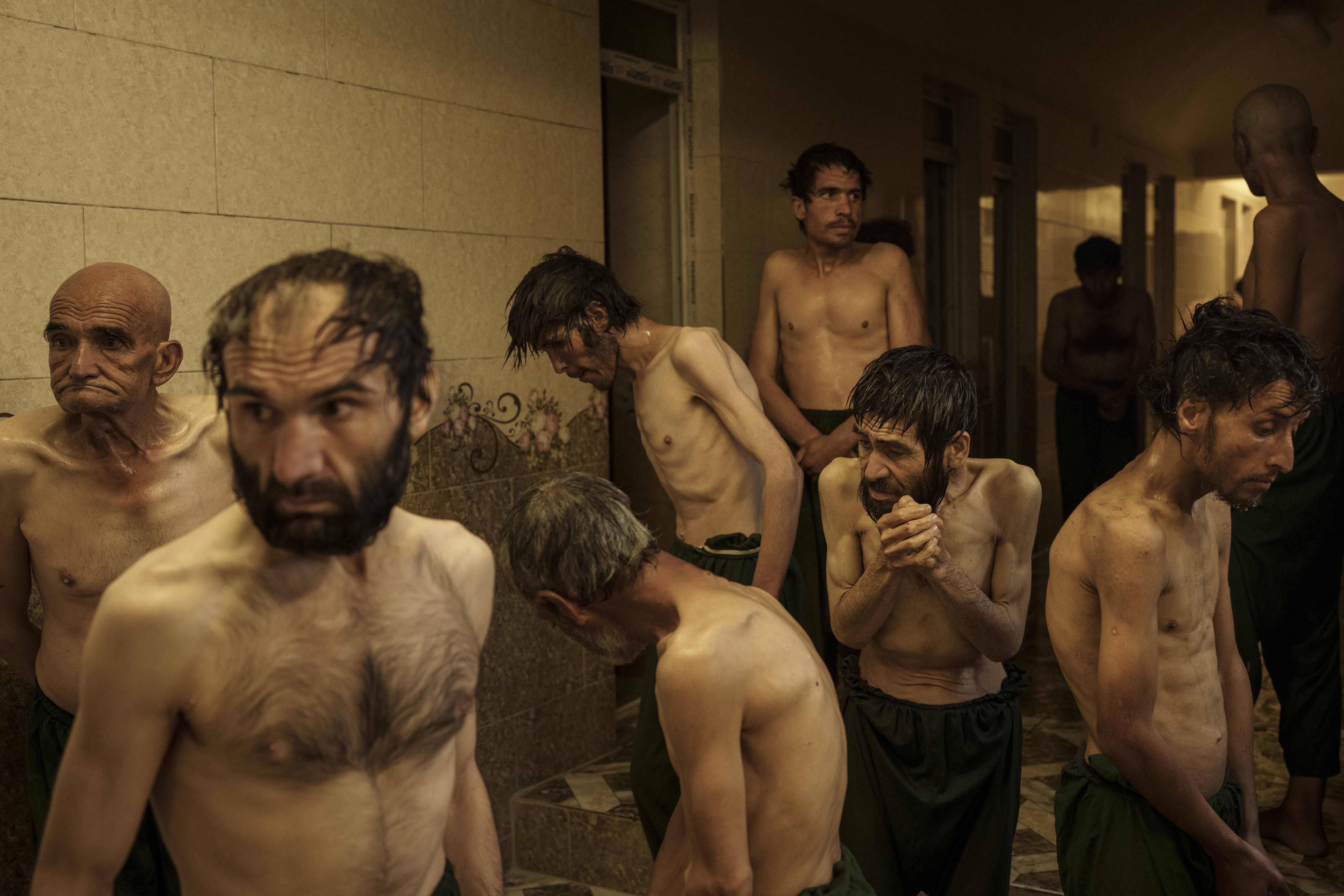 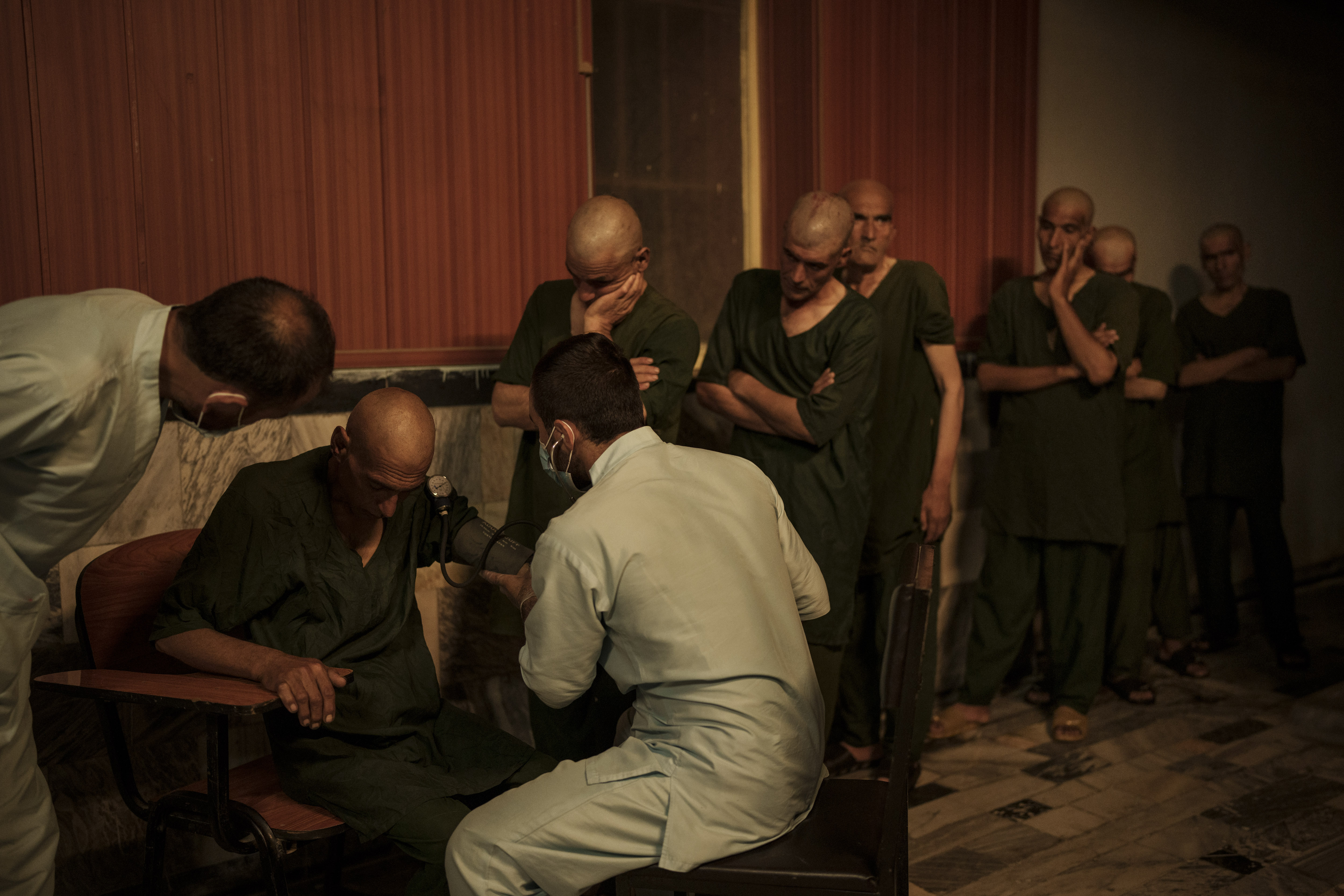 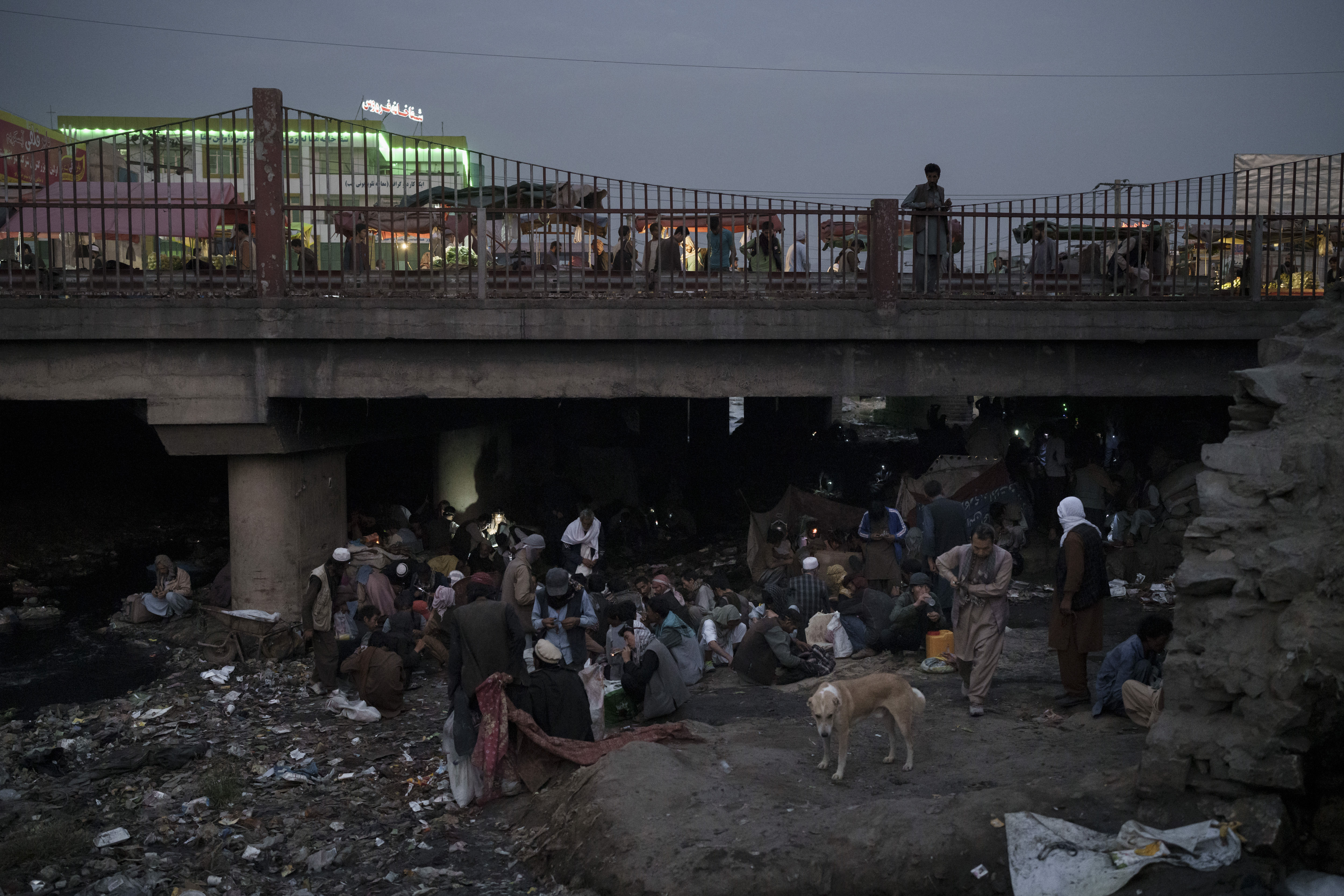 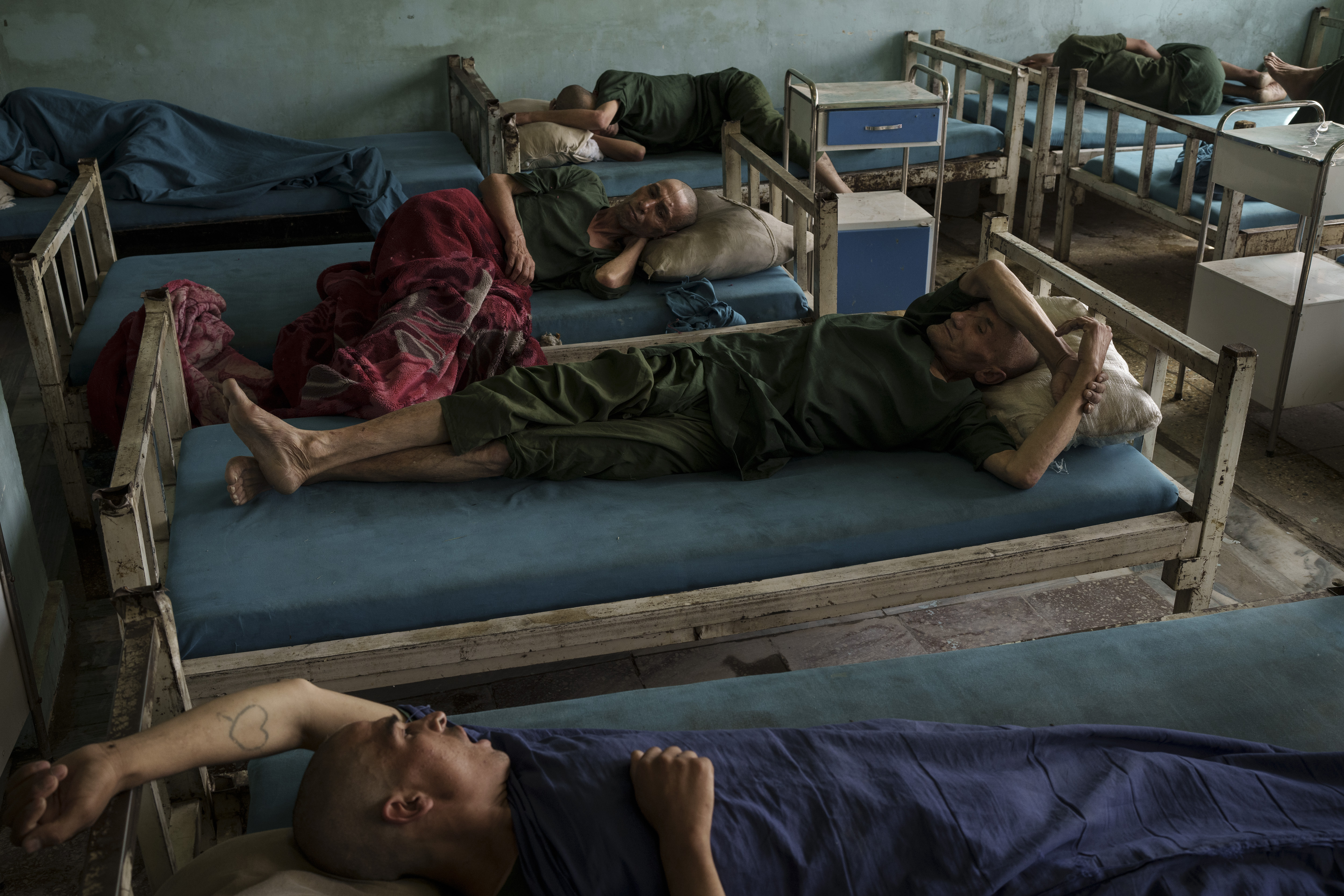