Town hall marketing boss, 57, yelled ‘You can’t do that to me – I work for the council!’ at police in epic foul-mouthed tirade when they arrested her for drink-driving

A town hall marketing boss, 57, yelled ‘you can’t do that to me – I work fopr the council!’ at police in an epic foul-mouthed tired when they arrested her for drink-driving.

Julie Derbyshire blasted two officers as she claimed she had a ‘right’ under new GDPR rules to know who reported her for being drunk at the wheel of her Mercedes sports car.

The strategic marketing specialist at Cheshire West and Chester Council demanded to know why she had been stopped, lied she was called ‘Samantha’ and gave a false date of birth. 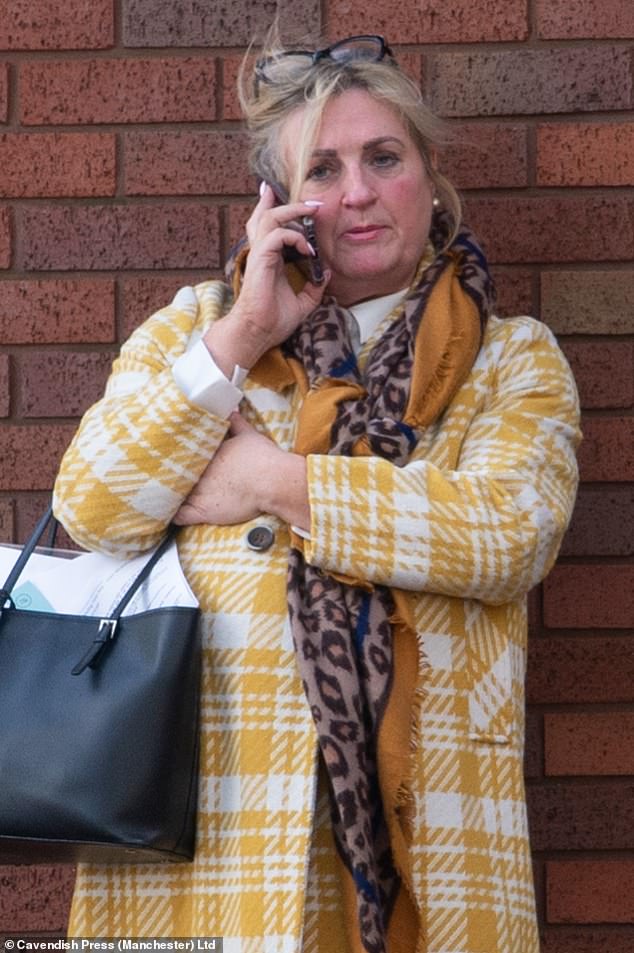 During the row in affluent Knutsford, Cheshire, the mother-of-one told the PC and PCSO: ‘What’s up? Yes, I have had something to drink – three glasses of wine. Who are you? Who has contacted you?

‘I really don’t know what’s going on here. I need to know under GDPR why you’re stopping me? What member of the public? Why did you actually stop me? Under GDPR you have to disclose to me who these persons are. I work for the council!’

Tests showed Derbyshire was almost twice the alcohol limit with 66 microgrammes of alcohol in 100 millilitres of breath, the legal limit being 35mg. She later blamed her unruly behaviour on having a diabetic ‘hypo’ attack.

At Stockport Magistrates’ Court Derbyshire was convicted of driving with excess alcohol and obstructing police and was banned from driving for three years. She was also fined £288 and ordered to £680 in costs and surcharges. It was her second drink driving conviction. She denied wrongdoing claiming she had not moved her vehicle.

She was seen getting into white A180 car outside a Dominos pizza takeaway on June 7 after going for work drinks. 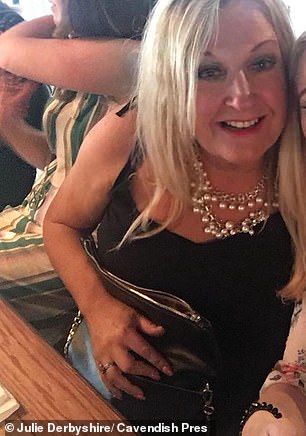 Police were alerted to her by a member of the public who saw her stumbling towards a vehicle in a nearby car park.

Prosecutor Emily Lloyd said: ‘She she never moved the car at any point and the only reason she was struggling to walk was down to her shoes that she was wearing.

‘Asked if she was saying the police officer was lying she said she could not have been moving her vehicle. She was asked why she gave a false name. She commented she just panicked and was embarrassed about the situation.’

In evidence Derbyshire said: ‘I had arranged with my friend to meet her after work and we were planning to actually have a couple of glasses of wine. I always use a taxi firm and I had no intentions of driving because I have been drinking. I am diabetic type two and I should eat on a regular basis but I didn’t which is quite irresponsible.

‘I tend to get extremely disorientated, dizzy and can be fainting episodes so went get a Dominos pizza before the taxi arrived. It just started raining so I got into my car to eat it when the next thing I know there was a banging on my window and the door was flung open.

‘I was just shocked – somebody was banging and I just felt really disorientated and the door was flung open and I just remember saying “who are you? What do you want”? At this point I was extremely disorientated. Next morning they treated me at the station and I was very dehydrated and didn’t have my medication with me.’

When asked about her language at the wheel she added: ‘I was extremely confused and I just panicked. Samantha is my cousin and she is on my insurance and I don’t know why I said it, I was just nervous when he confronted me in the car nd needed to eat food and maybe GDPR just came into my head. I did have a drink but I wasn’t driving my car. I was extremely disorientated, upset and shocked.

‘I didn’t know what I was saying and when I came round after food and drink at the police station I was extremely embarrassed when I was told I was swearing at the officers and being irrational and rude. As a lucid person, I would never say that sort of thing to an individual. I was apologising profusely as it was not something I would say as I am a professional lady – I was mortified.’

The court heard Derbyshire had a previous excess alcohol convictions from 2013 when she was fined £1,000 and disqualified from driving for 24 months.

Defence lawyer Mr Kieran Allen said: ‘She is a manager dealing with communication and marketing. This drink-drive offence was over a short distance and e are talking a number of metres in this case. It will, of course, impact Miss Derbyshire as it would do any person.

Chairman of the bench Mrs Bernadette Holgate told Derbyshire: ‘The police constable’s evidence was clear and credible. We accept you are diabetic but no medical evidence has been produced to say you were having a hypo.’