MANDY Allwood was so haunted by the loss of all eight of her babies that she still felt them kicking two decades later.

Unable to contemplate allowing doctors to terminate any of the foetuses she was carrying in order to give the others a chance of surviving, Mandy bravely tried to deliver them all alive in 1996. 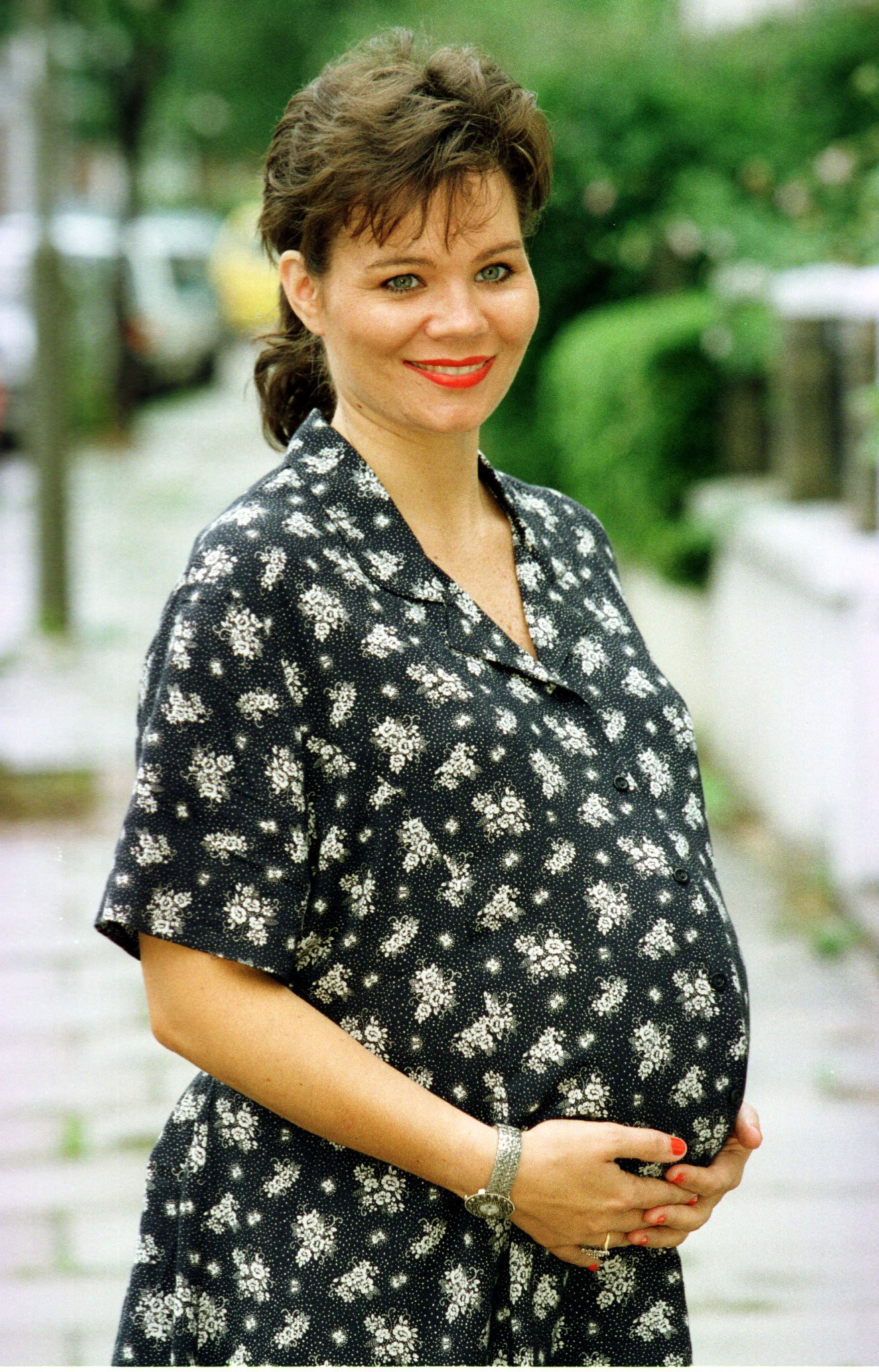 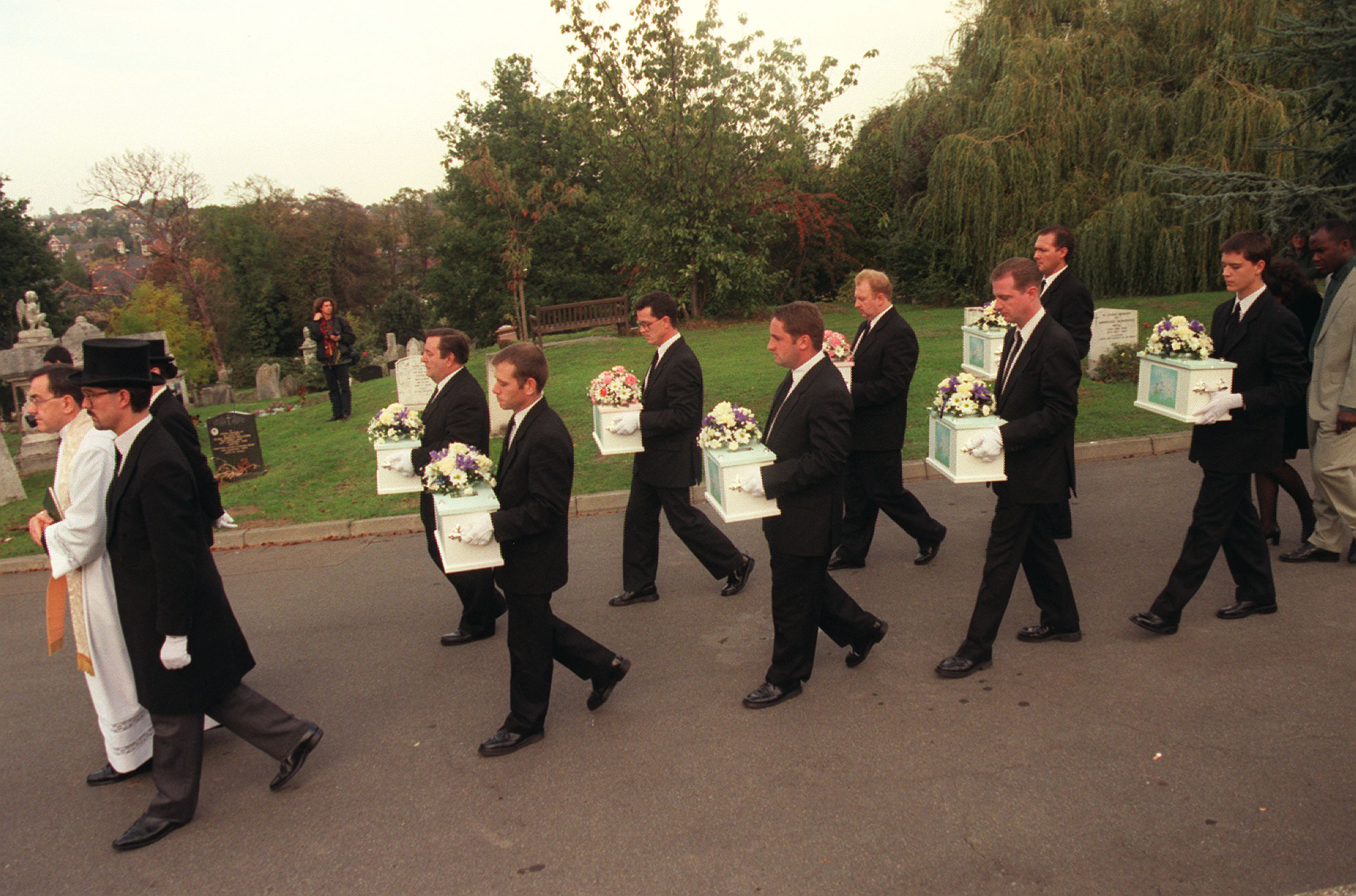 The chance that she would be the first woman to give birth to octuplets grabbed the attention of the world and she was nicknamed Octomum.

But one by one, over three days, she had to hold the bodies of the six lifeless boys and two girls.

It was a heart-breaking memory from which she could never fully recover.

The Solihull woman, who died from cancer this week at the age of 56, battled alcohol addiction, money problems and suicidal thoughts following the deaths of her beloved little ones.

In 2015 she told The Sun: "There isn't a moment I don't think about them and in my darkest moments I have tried to take my own life so I could be with them.

"I swallowed some pills with alcohol in a public toilet once.

"I was drinking four or five bottles of wine a day, I would get up and have a glass in the morning.” 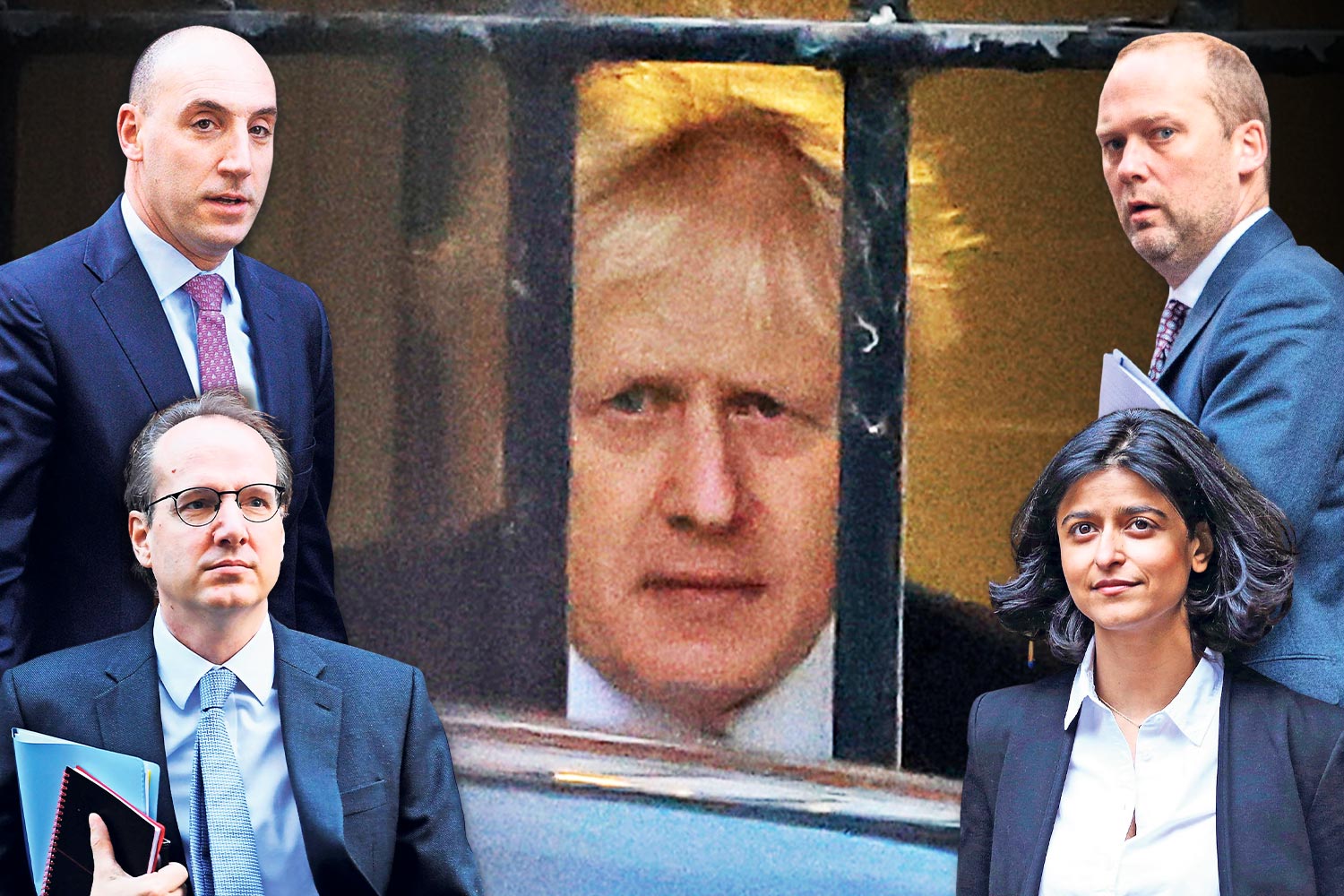 But she wanted to have more children with her new partner Paul Hudson after divorcing Simon.

Issues with her ovaries meant she could not get pregnant naturally and needed fertility drugs.

They were far more effective than anyone had expected.

'When they died, I wanted to be with them'

Mandy recalled: "When the doctor said I was expecting eight all hell broke loose. Everybody wanted a bit of me."

Notorious publicist Max Clifford got wind of the story and signed the couple up on an exclusive deal.

She was flown to America and interviewed on The Oprah Winfrey Show and spoke to journalists across the globe.

But Mandy felt used by the disgraced and now deceased media spinner Clifford.

She claimed that following an interview with a German TV station they’d offered Clifford £495,000 for her story, but he told Mandy it was just £20,000.

Most medical experts did not expect the eight babies to survive.

She was given three choices – abort them all, try to reduce their number to give the others a better chance or carry on with the pregnancy without intervention.

Mandy clung on to the hope that they could all make it.

She said: “I was told there was a chance of them all surviving and as long as there's a chance then you embrace that.”

On September 30, 1996 Mandy was taken to King's College Hospital, London after going into labour at 24 weeks.

Mandy recalled: "Over three days and nights I miscarried eight times. At the time I wished I'd died, I just wanted to be with them."

She took comfort from the thousands of letters of condolence posted to her from around the world.

Diana invited the grieving mum to meet her five weeks after the deaths and they met twice in the autumn of 1996.

Mandy said: “She gave me a hug, showed me lots of support. We talked about her depression and my panic attacks and she told me she had been there too.

“We spoke about her family and she talked a lot about Charles and Camilla.”

Paul and Mandy went on to have three daughters, Color, Kitali and Rade.

I don't conform to traditional values of marriage

After Color was born in 1997 she said: “I can't take my eyes off her. I keep popping into the bedroom just to take another peep at her. She's beautiful, absolutely gorgeous."

It was not enough to keep Mandy on an even keel.

The money quickly dried up and in 1999 she admitted two counts of fraud, after telling two banks she was a high powered executive when she was really on income support.

There were also major issues in her relationship with Paul, who split his time between Mandy and Mafrie Edwards, who was the mother of his other children.

He admitted: "I don't conform to traditional values of marriage.”

A decade after the octuplets died Mandy had split from Paul.

It wasn’t the only pain she had to endure. Her brother Martin died from a brain tumour when he was aged 25 and her wealthy parents cut her off.

She said: "I have beaten anorexia and bulimia, had a failed marriage and a divorce, lost my brother and been in difficult relationships.

"I fell out with my parents, had five miscarriages, suffered the loss of eight babies, had post-natal depression – how much can one person take?”

Feeling the toll, Mandy was pushed to the brink and tried to take her own life.

In 2007 she was arrested for drink-driving with her children in the back of the car and two years later she was given an Anti-Social Behaviour Order for annoying her neighbours in Warwick by playing loud music.

As a result she lost custody of her girls.

Mandy finally sought the help she needed, being treated for five months at a rehab centre in Weston-super-Mare, Somerset in 2009.

All the time she had to carry the trauma of losing all those children.

Mandy kept a treasure box next to her bed with their pictures of the foetal scans and photos of their bodies when they were born.

In 2015 she told The Sun: "I will never ever be able to forget because I am always thinking about them in my head, but also because I can still feel my babies inside me constantly.

"Ever since I gave birth I have felt them kicking and moving every day.”

If you are affected by any of the issues raised in this article, please call the Samaritans for free on 116123. 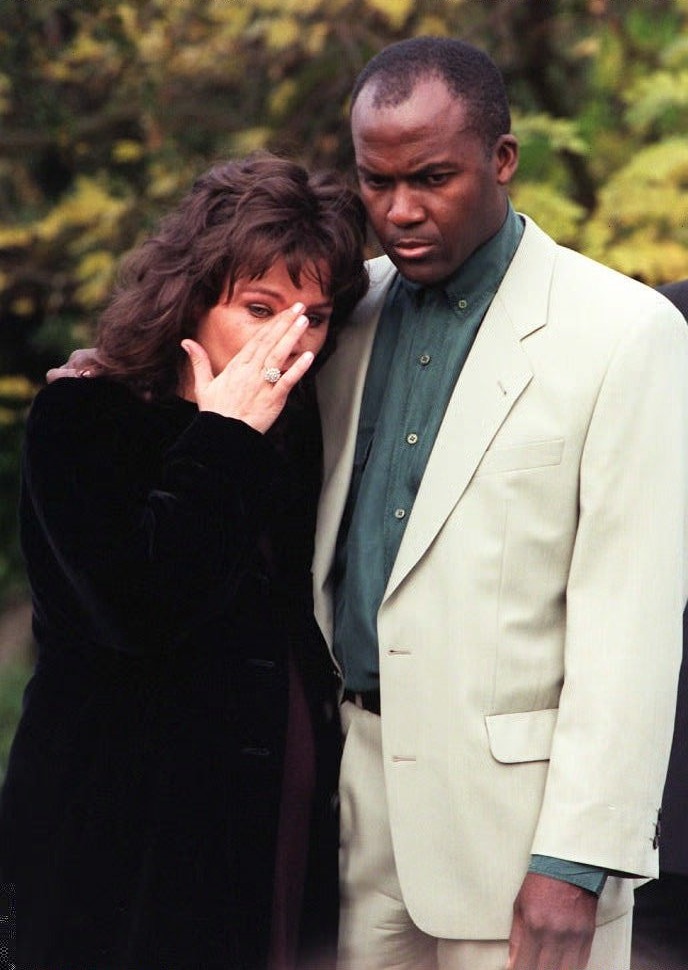 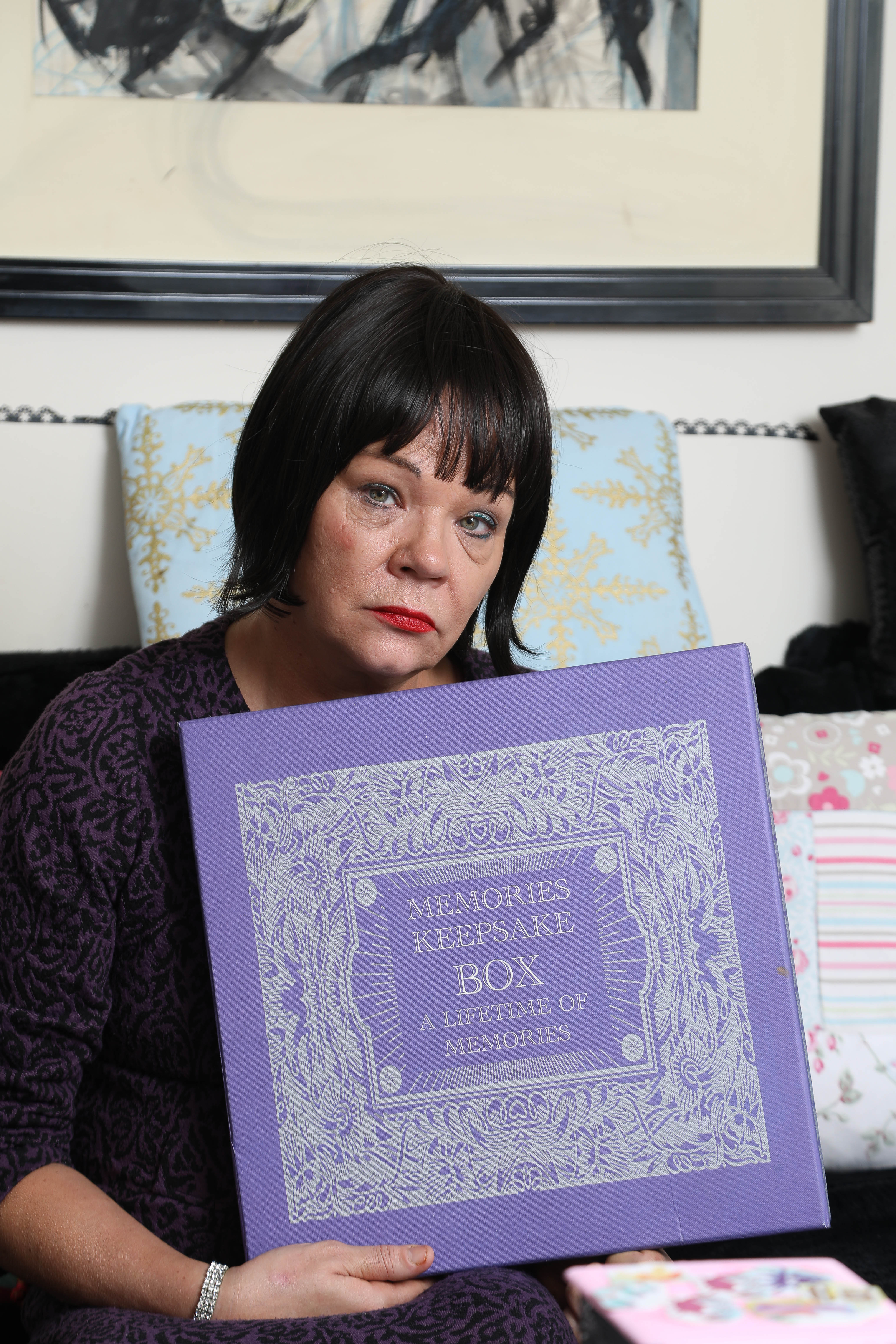