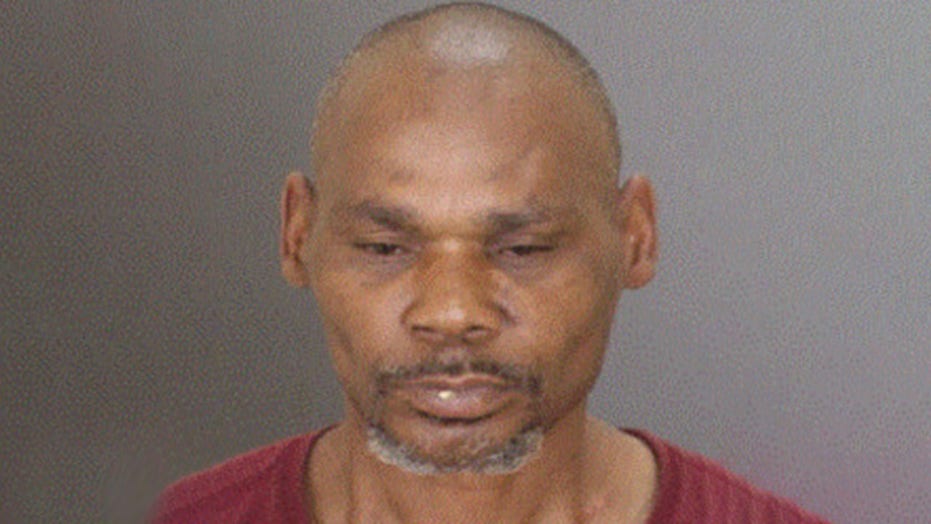 Two Asian women in their 60s were brutally attacked in Baltimore on Tuesday — the third vicious crime against female Asians in as many days across the country.

A man was arrested after he repeatedly struck the two victims, ages 66 and 67, in the head with a cinder block, according to NBC.

The victims were liquor store employees who were closing up shop Tuesday morning when Daryl Doles, 50, allegedly broke into the store and attacked them, according to the report.

Surveillance video shared by the outlet shows the man wrestling one worker to the ground and hitting her with the cinder block, while an unidentified cowardly man in the store appears to step aside and watch the attack before calmly walking outside.

Doles is charged with two counts of aggravated assault, the report said. It’s unclear if hate crime charges are being sought.

Pictures of the bruised and battered victims were shown on a GoFundMe page. One of the women had to get 25 stitches on her head, a relative said. They were not identified.

Almost $68,000 had been raised for medical expenses by Wednesday night.

“I urge everyone to do all we can to raise awareness and to speak out against bias, hate, and violence against any members of our city and community, including Asian Americans,” the victim’s lawyer Robert Hur, a former U.S. attorney and head of the Maryland’s Hate Crime Task Force, told NBC.

The possible bias beating came on the same day that two Asian women were stabbed in a random attack at a San Francisco bus stop.

On Sunday, an Asian woman was hit in the head with a hammer in Times Square, by a woman who is still at large.

This story first appeared in the New York Post.