A STUDENT’S boozy last night on holiday sparked panic at Heathrow when her hangover was mistaken for coronavirus.

Julia Walentin, 26, from South London, says cabin crew went into a panic when she asked for paracetamol to help her booze-induced headache on a flight home from Singapore. 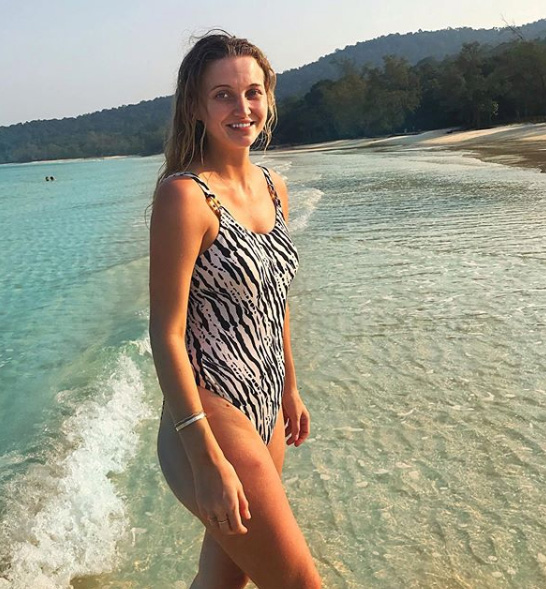 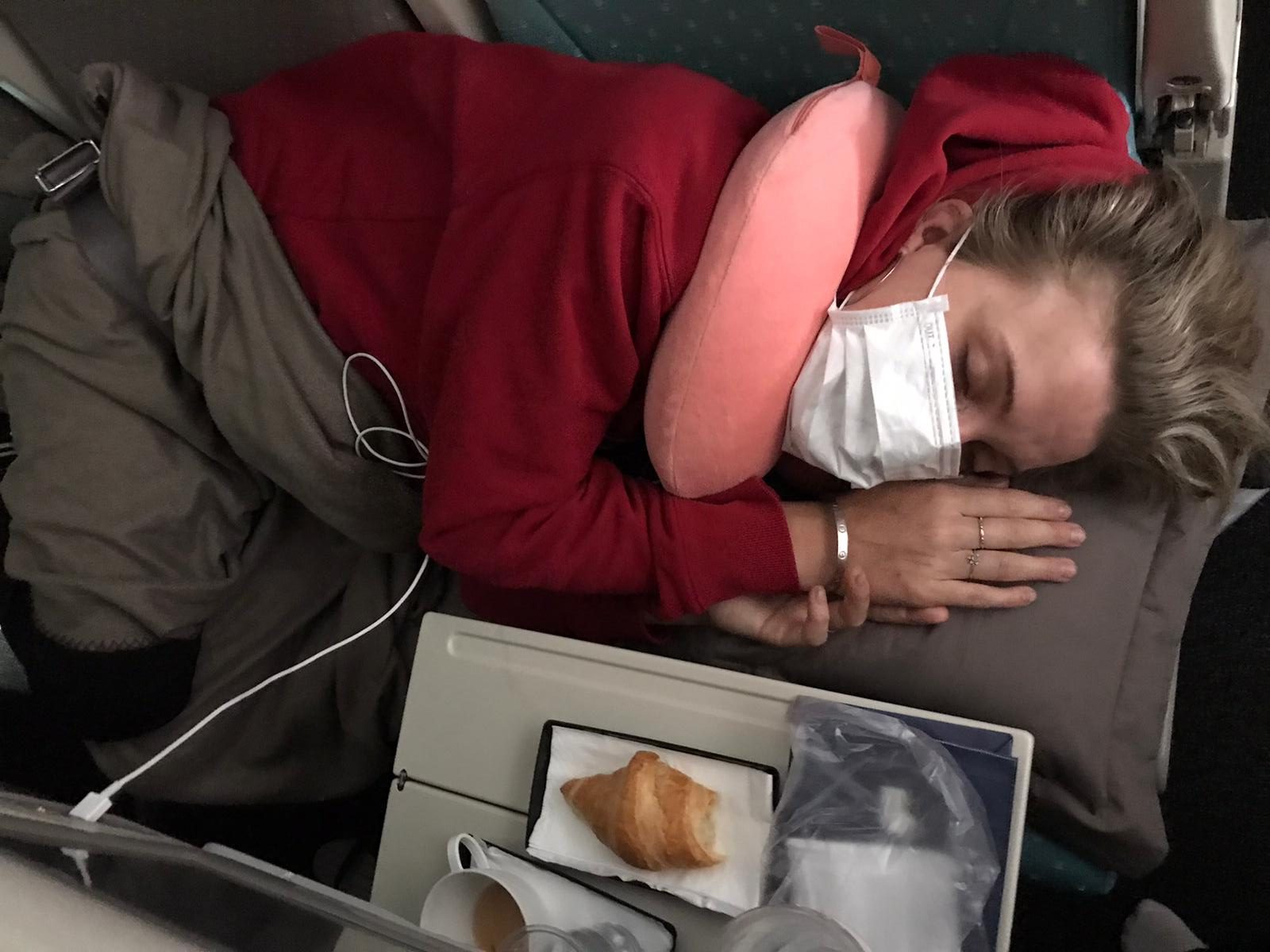 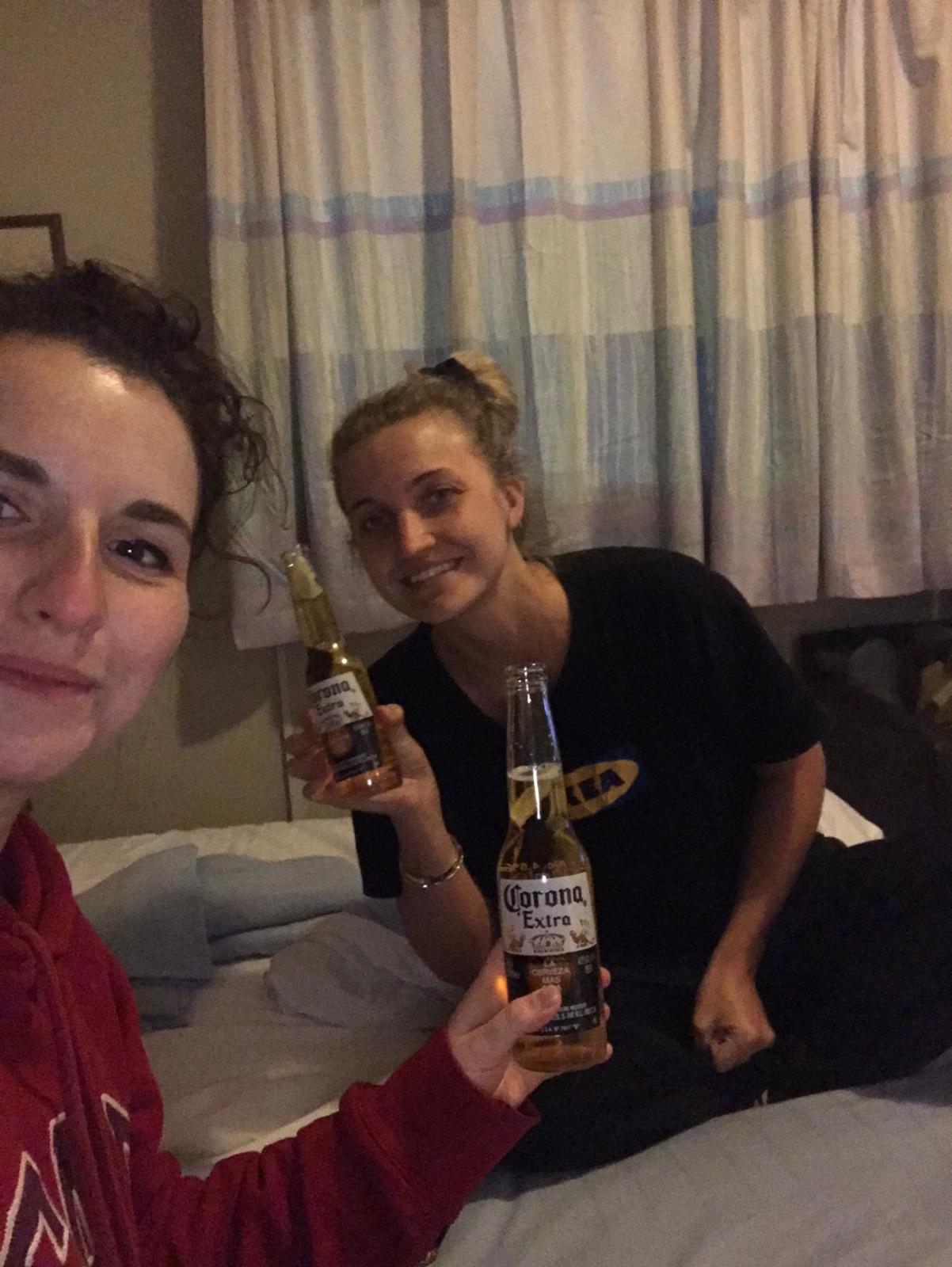 She was immediately ordered to wear a facemask and told to lie down – as terrified passengers around her were moved to different seats and made to take a health survey.

On arrival at Heathrow, the plane was dramatically met by doctors and fire crews wearing hazmat suits before Julia was rushed to a secret location for 14 days quarantine.

Julia, originally from Sweden, told The Sun she’d had a very boozy layover with her friend Dina at Singapore airport on their way home from Cambodia.

Feeling worse for wear the pair tried their luck getting an upgrade to business class by telling cabin crew Julia was feeling unwell and wanted somewhere to lie down.

The cheeky move backfired, however, when staff went into a total panic, taking her temperature every 30 minutes for the rest of the flight and stopping anybody sitting near her.

Julia told The Sun "We had a really heavy night of drinking. We were up until 2am.

"I had been throwing up in the hotel because I hadn't eaten and just had way too much [to drink]".

"We had to be at the airport at 6am, so we both had hardly any sleep and I felt so hungover. Just travelling to the airport was bad enough.

"I asked a steward if they had any paracetamol and maybe somewhere to lie down, thinking they might put me in business class, and they asked me if I felt unwell.

"I tried to explain that I was just tired and hungover but they moved everyone on my row away and made me lie down.

“They also asked me to put a mask on and started taking my temperature but the readings were really up and down.

Julia says her friend Dina was feeling less hungover and was quizzed by staff on board on where they’d been what symptoms they both had. 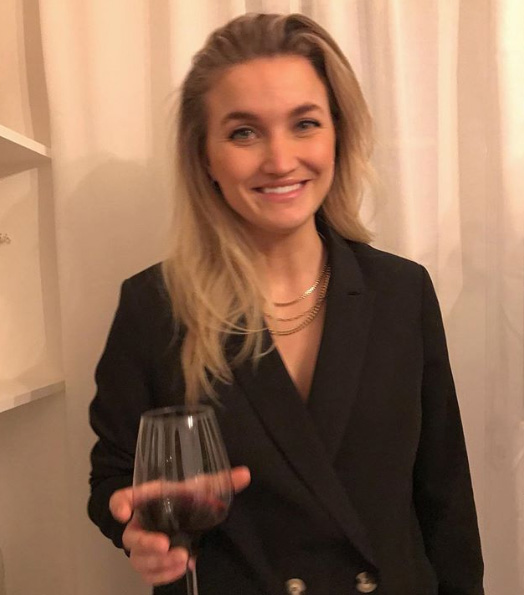 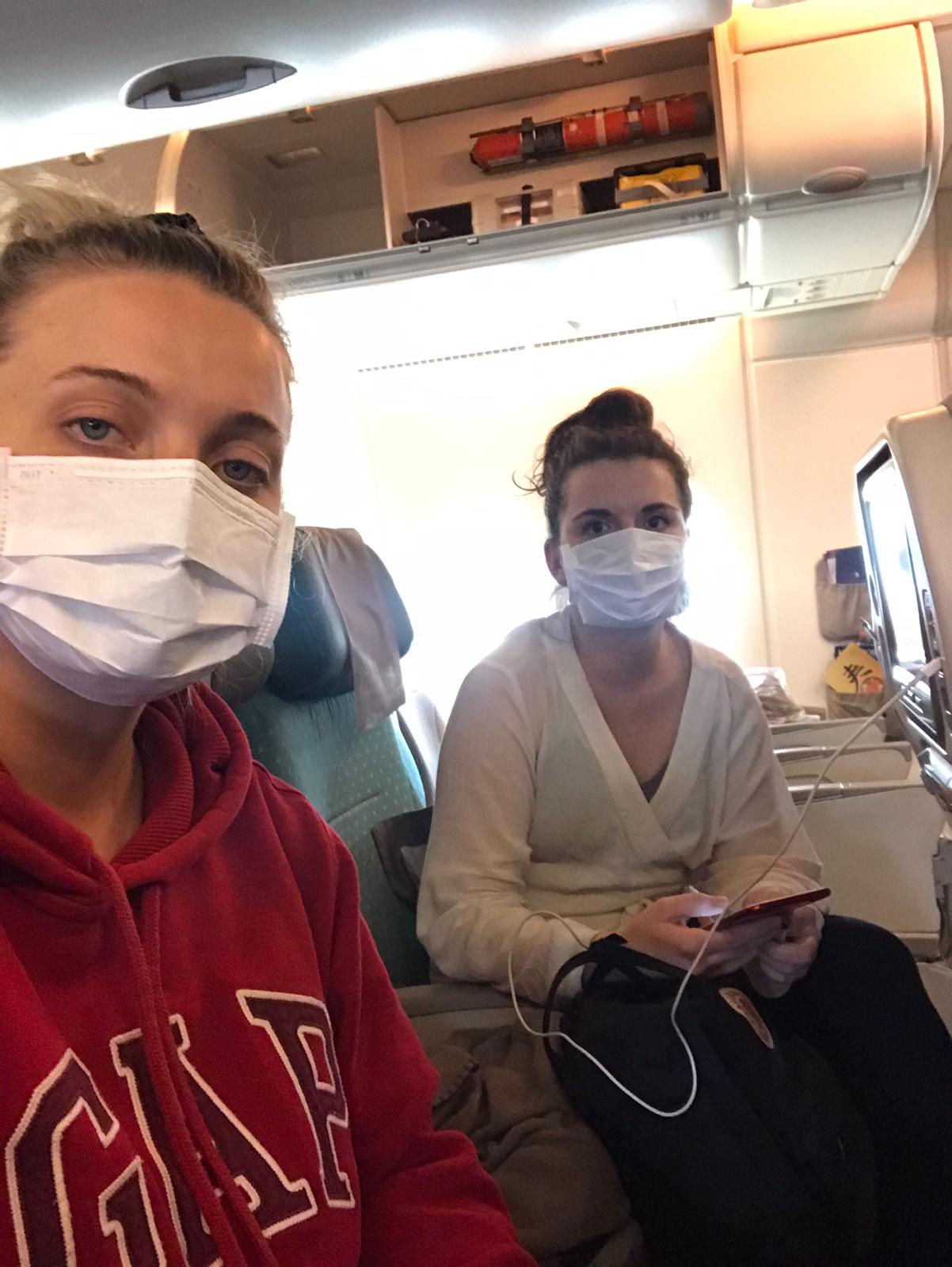 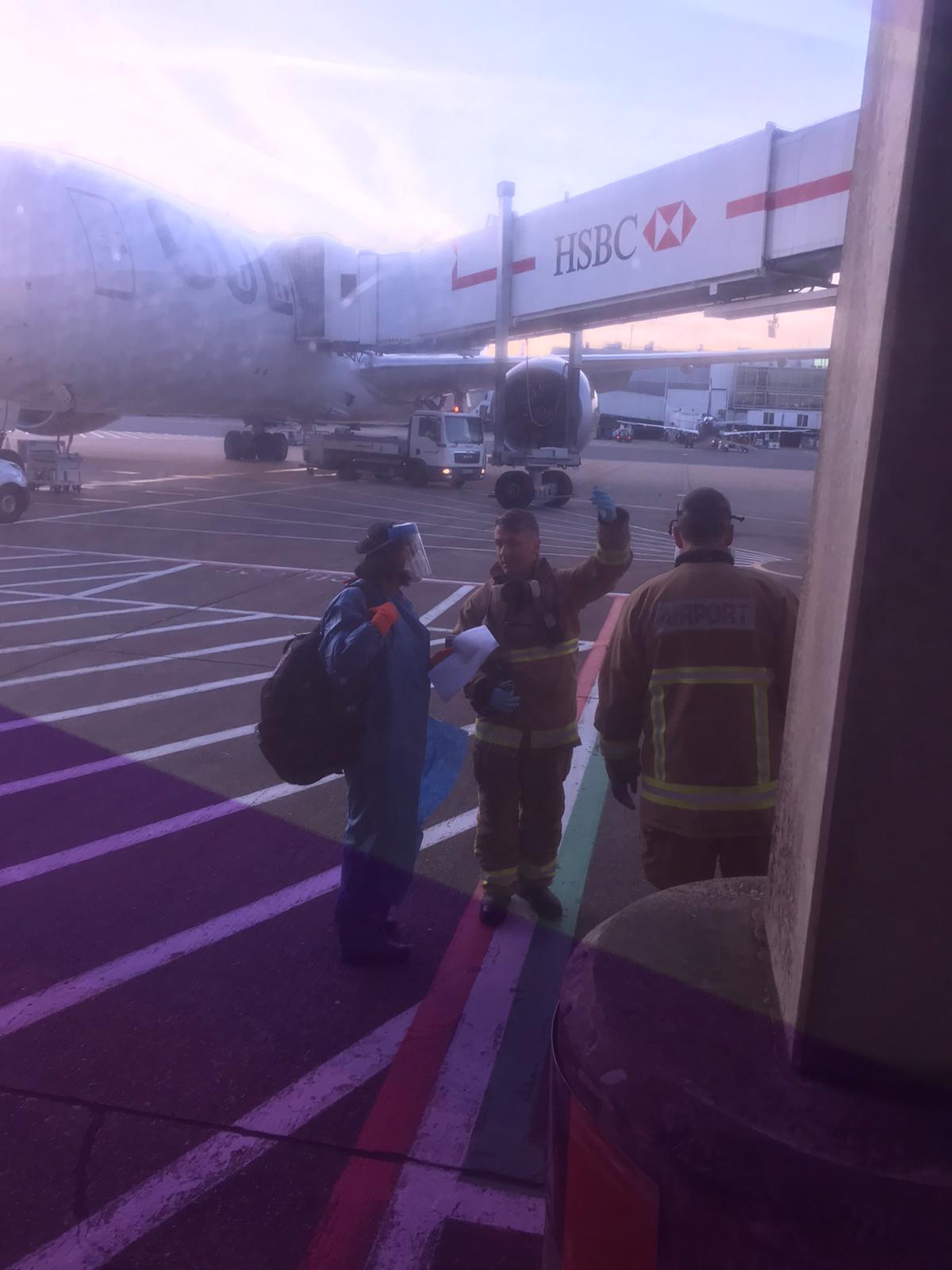 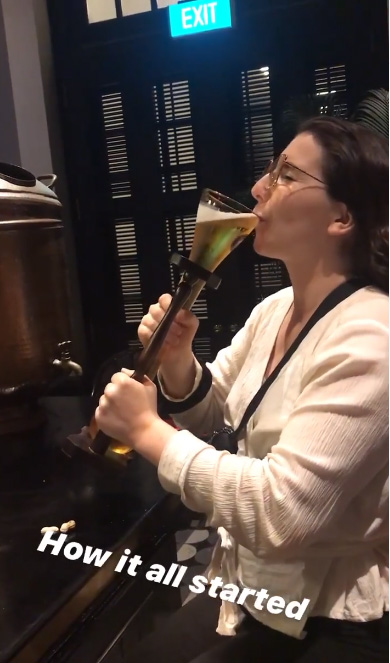 "They told me that they were in touch with doctors on the ground at Heathrow and that they would be waiting for me. It was such a panic.

"They made everyone, including us, fill out forms stating where we had travelled from, our addresses and if we had symptoms.

"I just wanted to go home but they told me they had to follow protocol and they were taking it very seriously.

"I was so embarrassed. Everyone was annoyed that they had been held up on the plane. They knew it was because of me.

"People were putting on double masks around me because they thought I had coronavirus.

She says the pair were the last to be escorted from the flight by doctors and firefighters in hazmat suits as she desperately tried to explain that she was only suffering from a hangover.

She was then whisked off for 14 days in quarantine during which she downed bottles of Corona beer to keep her spirits up.

The pair, who had originally planned a trip to China, had been forced to rearrange their holiday when coronavirus outbreak began.

Having spent two and a half weeks in Cambodia the best friends decided to have a big final night to celebrate the end of an enjoyable trip.

Julia said: "The doctor asked me if I could self-isolate at home but I said I lived with others so they said I couldn't go back.

"They took us to a place near the airport that looked like it was under construction with scaffolding on the outside.

"We were told not to open our blinds and not to tell our family and friends too much. Just to say that we were fine and would be home soon.

"We ordered room service, with Corona to drink. They said they would knock three times and we had to wait for one minute before opening the door.

"It was like a ghost town in there and all the medics were wearing spacesuits.

"We felt like we were in the walking dead."

Luckily for the pair, Julia was able to convince her housemates and their dog to move out of their flat and she was allowed to self-isolate at home.

“Doctors told us to keep the windows open as my boyfriend drove us home and if I wanted to hug him to hold my breath,” she said.

"We have been tested and are now waiting for the results." 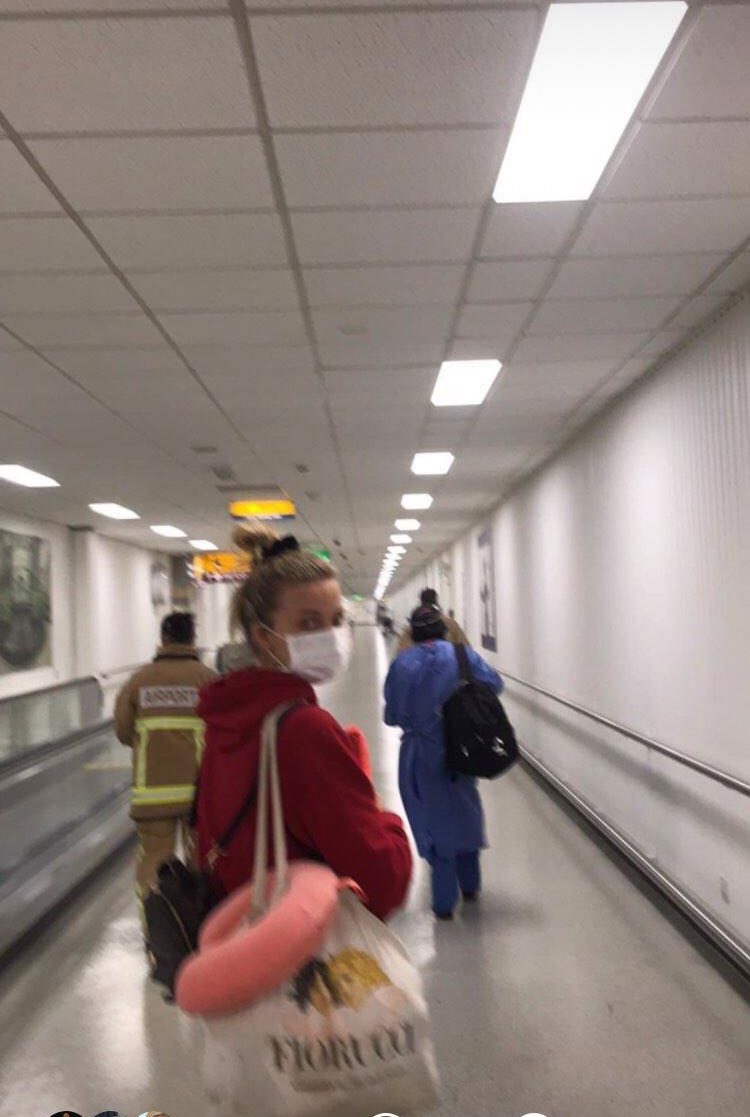 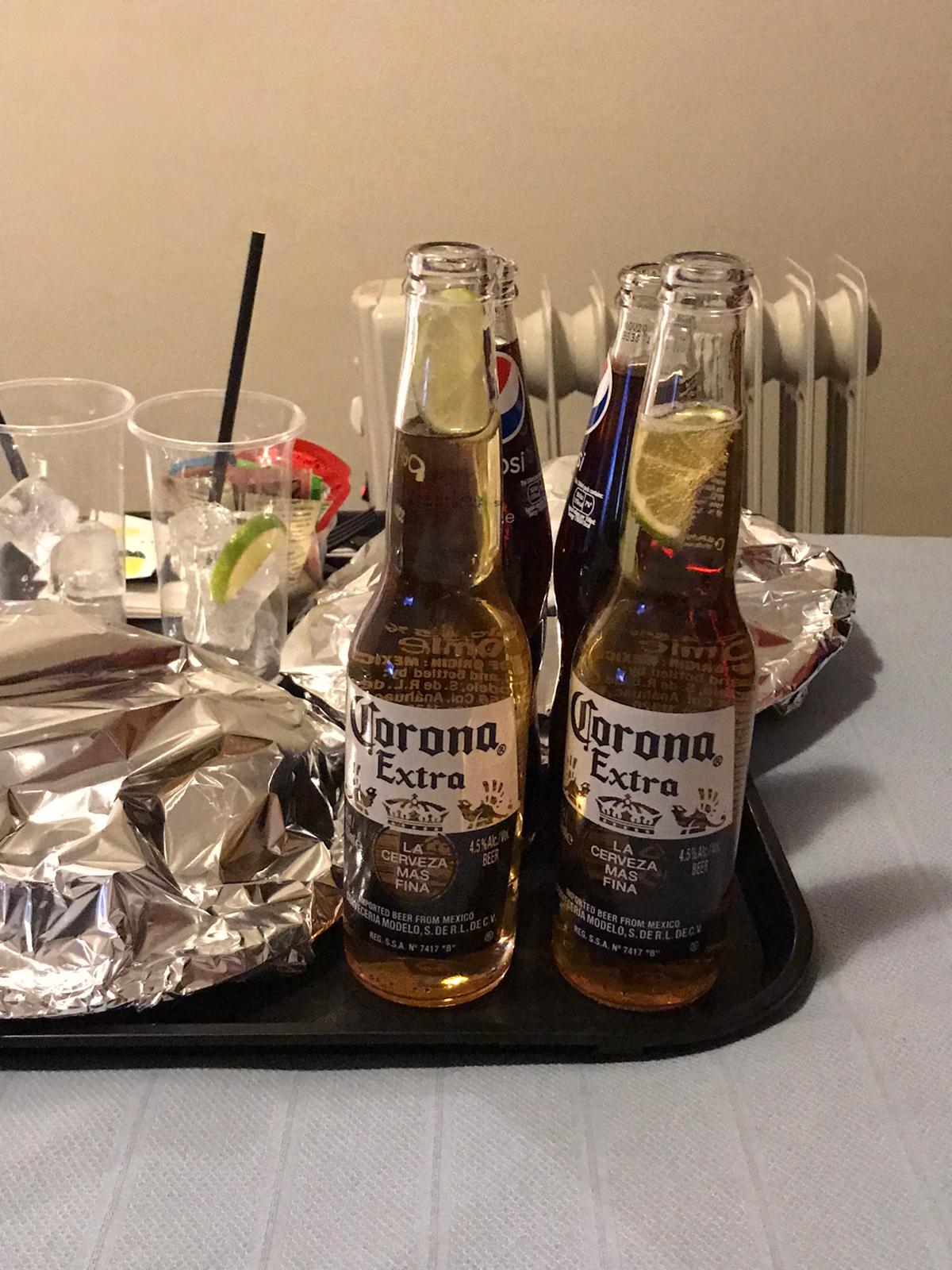 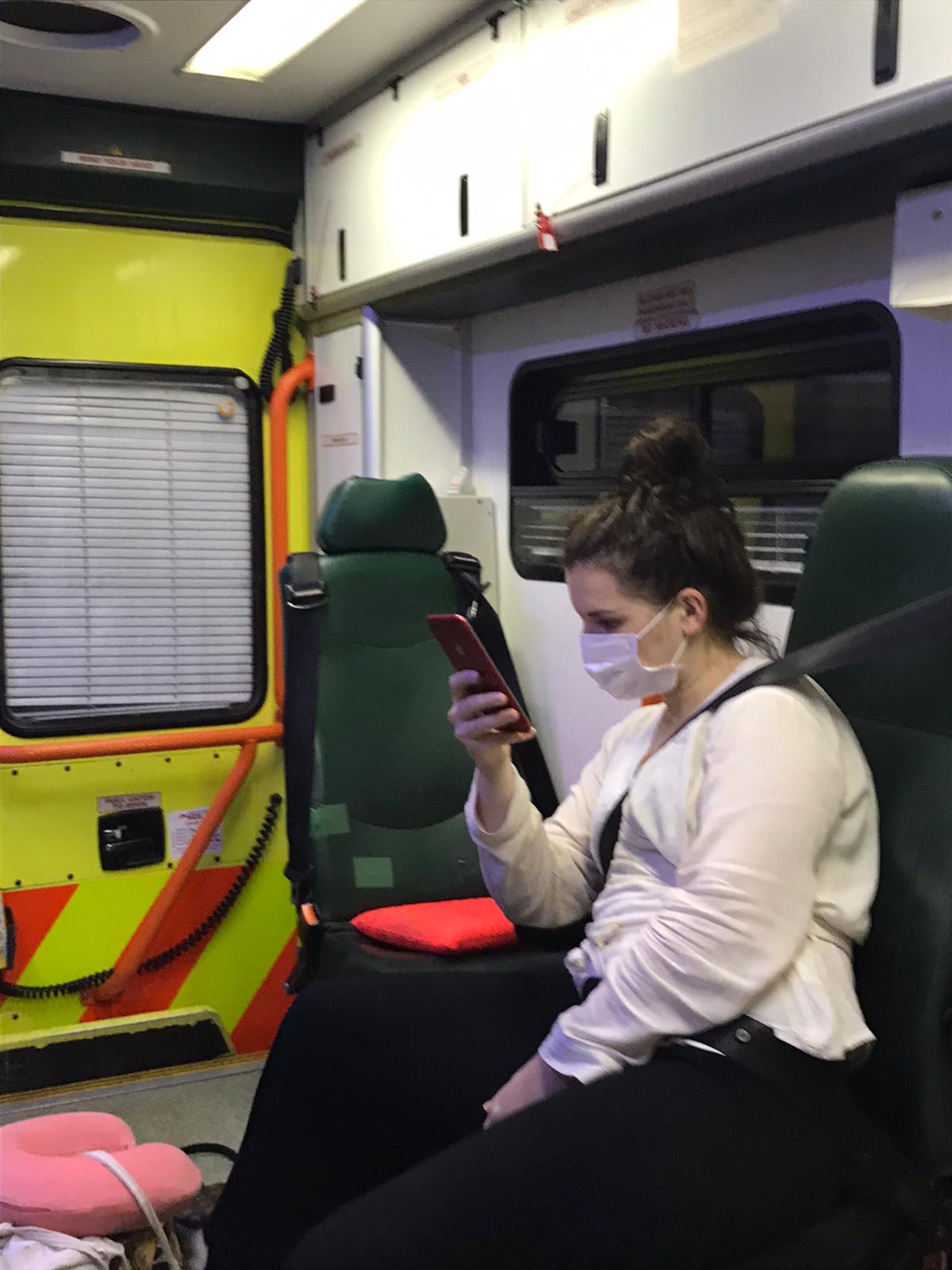 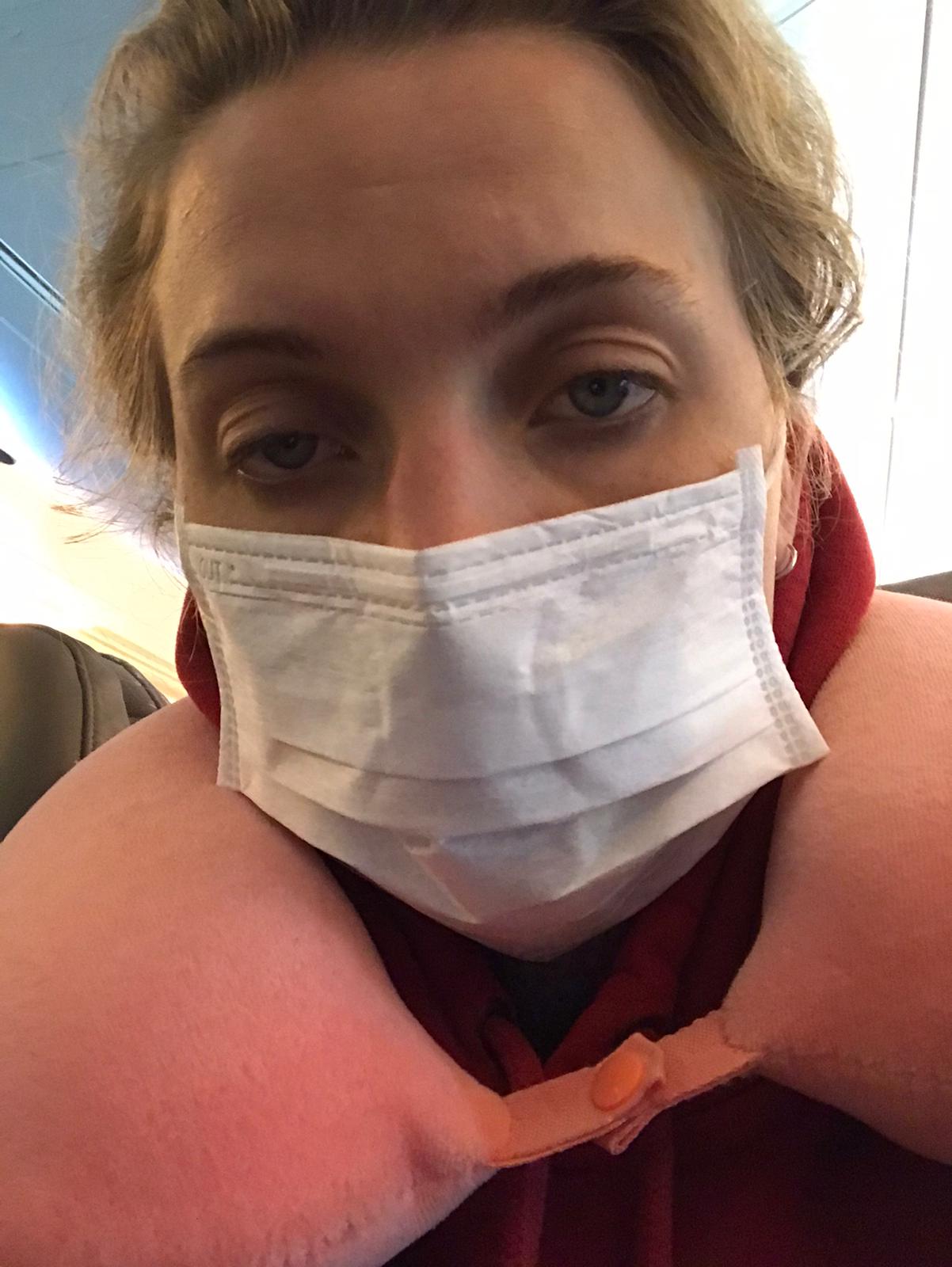 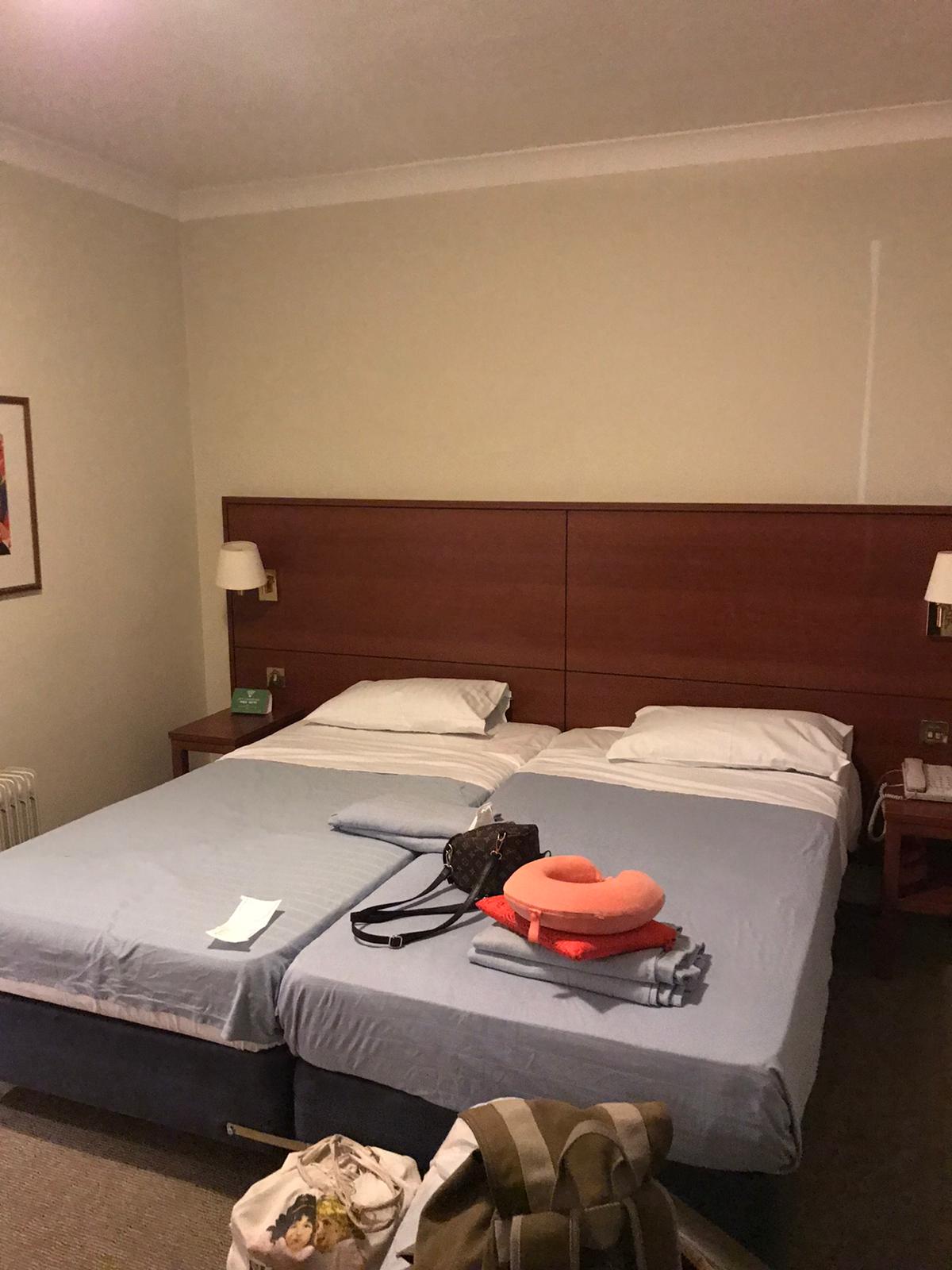 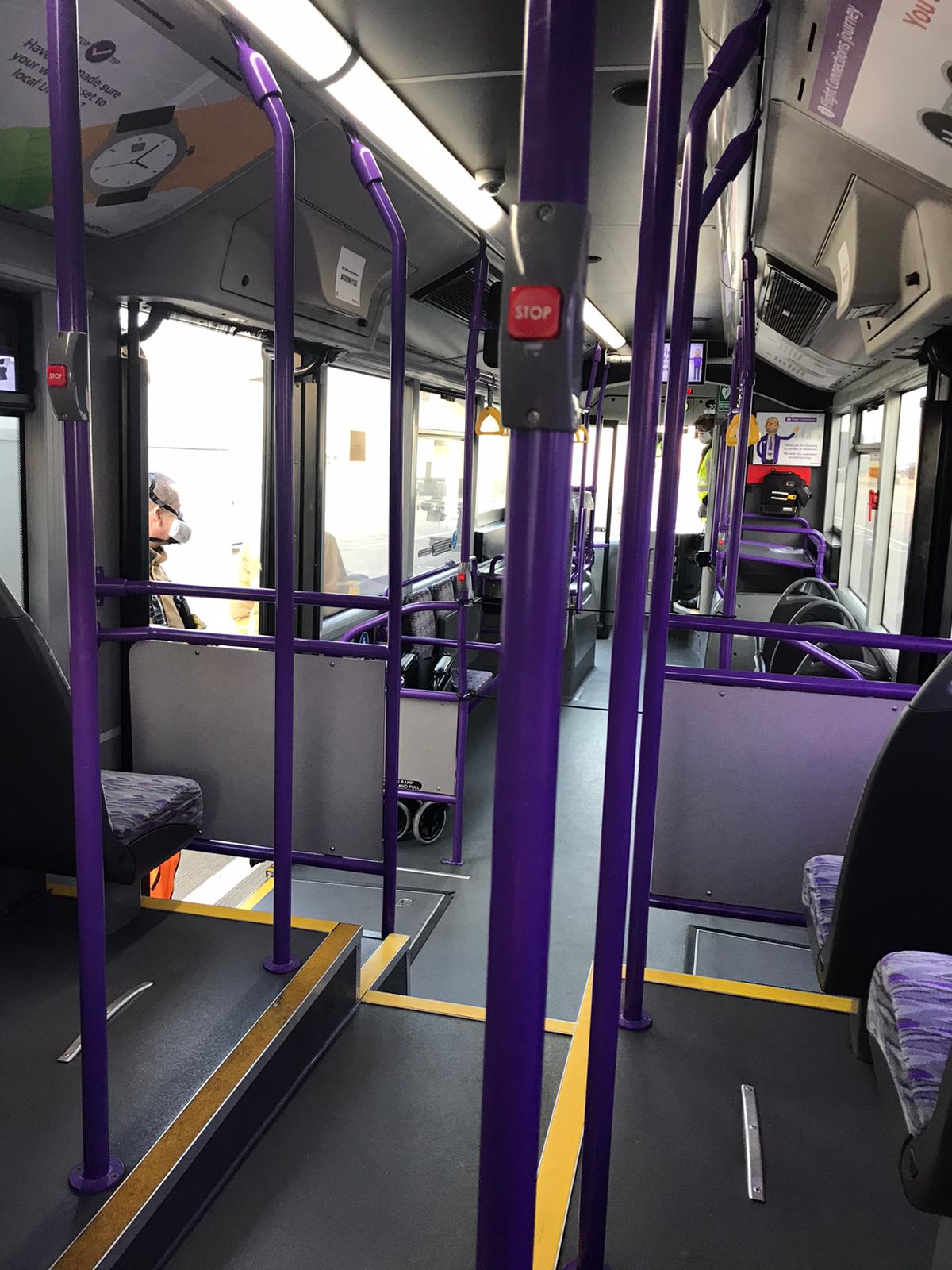 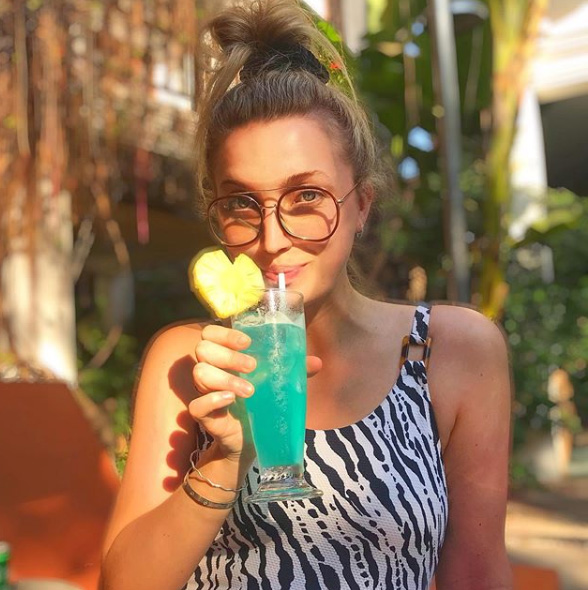