A young Victorian woman who was allegedly forced to marry the stranger who later murdered her “wanted to be free” and felt her future was being taken away by her family.

Friends of student Ruqia Haidari have told Shepparton Magistrates Court about the anxiety the 21-year-old felt about the engagement and told of several instances where attempts to stop the wedding were ignored.

They were giving evidence during the second day of a hearing into the role Ms Haidari’s mother, Sakina Muhammad Jan, played in the marriage. 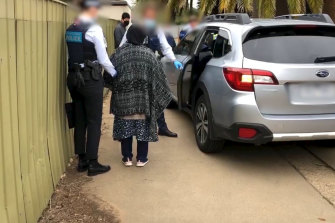 The court also heard Ms Haidari was engaged to another man before her wedding in 2019, but the engagement was broken off over a feud between the families.

Police claim Ms Jan, 45, coerced her daughter to marry 25-year-old West Australian Uber driver and abattoir worker Mohammad Ali Halimi in exchange for a $15,000 dowry at a private ceremony in Victoria in November 2019. Ms Haidari was murdered by Halimi at their Perth home two months later.

If the matter is sent to trial, Ms Jan would be one of the first people in Australia prosecuted for coercing someone into a forced marriage. No one has ever been convicted of the crime for which she stands accused.

Maryiam Khan, a high school friend of Ms Haidari, told the court the 21-year-old was deeply unhappy about marrying Halimi but feared her mother would get upset if she shared her feelings.

She described an instance on Ms Haidari’s henna night – an Afghan ceremony the day before the wedding where a bride’s hands and feet are decorated– where Ms Jan threatened to hit her daughter if she didn’t smile.

“Her mum asked me to go tell Ruqia to smile or otherwise ‘I am going to go on stage and hit you’ because people weren’t happy she was not smiling,” she said.

“She [Ms Haidari] didn’t say anything. She just put on a fake smile, and she had tears in her eyes.”

The court heard several people within Shepparton’s Afghan community approached Ms Jan to raise their concerns about the wedding, but their advice fell on deaf ears.

Witnesses told the court it was frowned upon for outsiders to interfere in family affairs, such as weddings, in Afghan culture, and explained Ms Haidari was reluctant to ask for help for that reason.

Afghan community leader Zahra Haydar-Big recalled approaching Ms Jan at a local mosque to plead with her to let her daughter graduate from university before marrying. But she said the mother said Halimi was pressuring the family to celebrate the wedding sooner.

When Ms Haydar-Big questioned whether the family knew Halimi well enough to trust him, Ms Jan allegedly told her “whatever happens we are going to blame Shukria [Muqadas]”, the matchmaker.

Ms Haydar-Big said Ms Haidari was told she would be able to follow her dreams and study at university after the wedding, but those plans never eventuated.

Jennie Patterson, a co-ordinator at the local English language centre, said Ms Haidari would often talk about feeling unhappy and helpless during their two-hour driving classes. 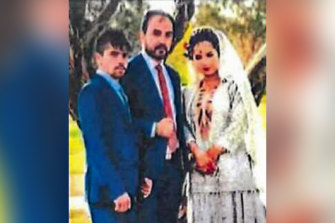 “She felt she was having her choices and her future taken away,” Ms Patterson told the court.

“As the wedding approached I noticed that Ruqia was becoming more and more upset and anxious. She told me she had tried everything to convince her mother … but nothing was working.”

On Wednesday, the court heard Ms Haidari had only spent half an hour alone with Halimi before her family was asked to decide about the engagement. The next time the pair saw each other in person was at their nikah, an Islamic religious ceremony to confirm their marriage.

During a four-hour cross-examination by defence lawyer Shaun Ginsbourg, family friend Shukria Muqadas said she arranged the engagement at the request of Halimi’s sister, who lived in Pakistan and was a close friend of hers before she migrated to Australia.

Ms Muqadas said Ms Haidari initially told her Halimi seemed “a good man”, but ahead of their planned second meeting stopped responding to his calls and text messages.

It is alleged Ms Haidari contacted the Australian Federal Police’s human trafficking team in August 2019 and told officers she was being threatened and coerced into the union.

During Halimi’s sentencing in WA’s Supreme Court in August, the court heard the pair settled in Halimi’s home in the northern Perth suburb of Balcatta, but their relationship quickly became strained after Ms Haidari repeatedly rebuffed Halimi’s attempts at intimacy.

On the morning of January 18, 2020, the pair were arguing about their relationship when Halimi grabbed a stainless-steel kitchen knife and slit Ms Haidari’s throat twice before handing himself over to police.

He was sentenced to a minimum of 19 years in prison for the murder.