Why Build Back Better is so unloved

Offer people free money, and they should become your biggest fans. Right?

Not really, it turns out. President Biden’s legislative strategy this year was to include some temporary new benefits in the big Covid relief bill Democrats passed in March, then count on them becoming so popular that voters would demand they be extended indefinitely. The Build Back Better legislation Democrats hope to pass by the end of year is Part II of that strategy, with extensions of a new child tax credit and health care subsidies among the bill’s major elements.

Voters aren’t all that enthused. Just 41% of respondents in a recent NPR/Marist poll said they support the BBB legislation, with 34% opposed and 25% unsure. Support for the bipartisan infrastructure bill Biden signed in November was 56%. That 15-point gap in support is the difference between legislation Americans want Congress to pass, and legislation they don’t.

One obvious problem with the BBB bill is Americans don’t know what it will do. Congress doesn’t either: The bill has changed many times and the Senate is unlikely to pass the version the House approved in November. Benefits such as the child tax credit—which now includes payment sent directly to millions of families each month—were supposed to make such legislation tangible to voters. It doesn’t appear to have worked. 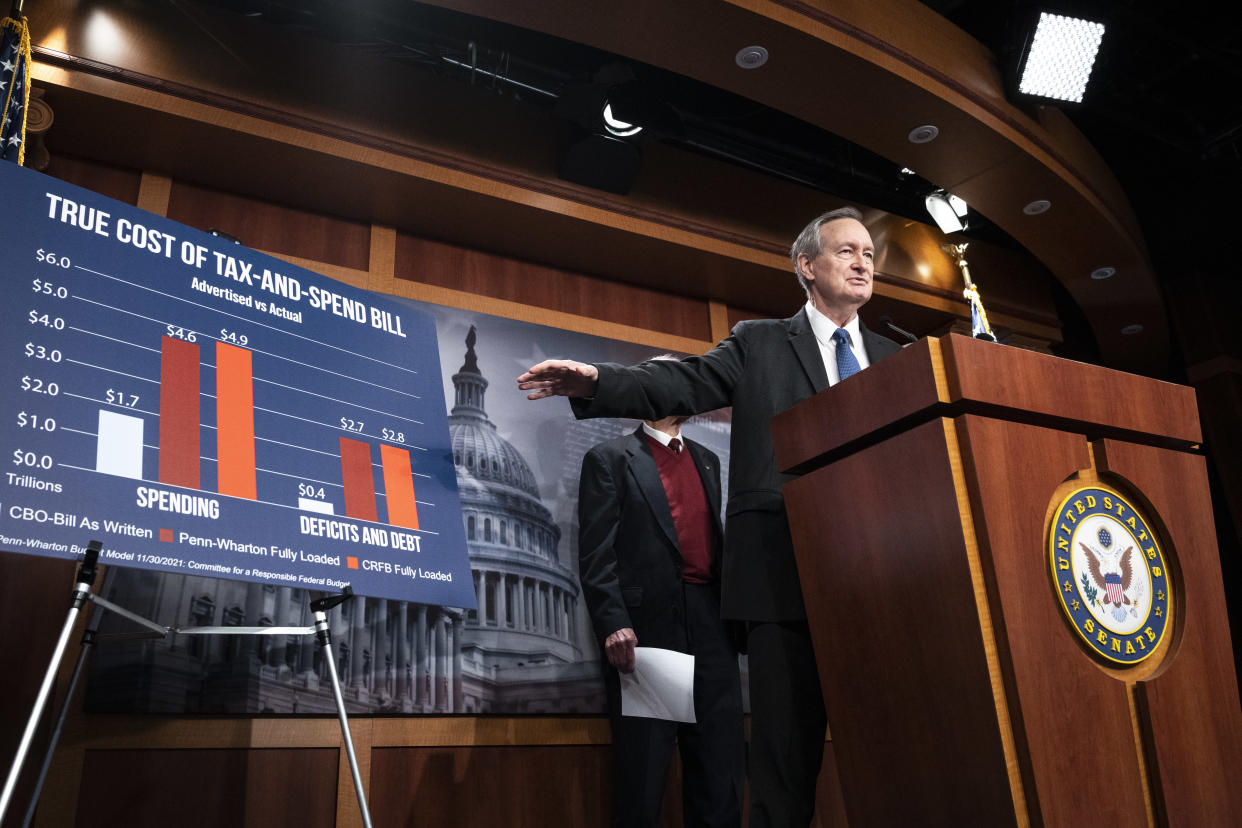 You might think most people would notice and appreciate found money that materializes in their bank accounts each month, or checks that arrive in the mailbox. Not so much. The Treasury Department says checks have gone to roughly 60 million families. But the NPR/Marist poll found that just 59% of families eligible for the benefit were getting it. Of those, just 15% said the payments help “a lot,” while 64% say they help “a little.” It's possible some families are getting the payments via direct deposit and don't even realize it.

[Click here to get Rick Newman’s stories by email.]

This matters now because Democrats hoped the larger tax credit would generate a groundswell of voter support that would get the BBB bill over the finish line by the end of 2021. The March relief bill established the expanded benefit for six months, starting in July—so it ends this month. The latest version of the BBB bill would keep it going for another year. Instead of rallying around BBB, however, voters are wan—perhaps because the bill also includes green-energy investments, preschool subsidies, housing support, immigration changes, tax hikes and other things that make the whole package seem unwieldy. 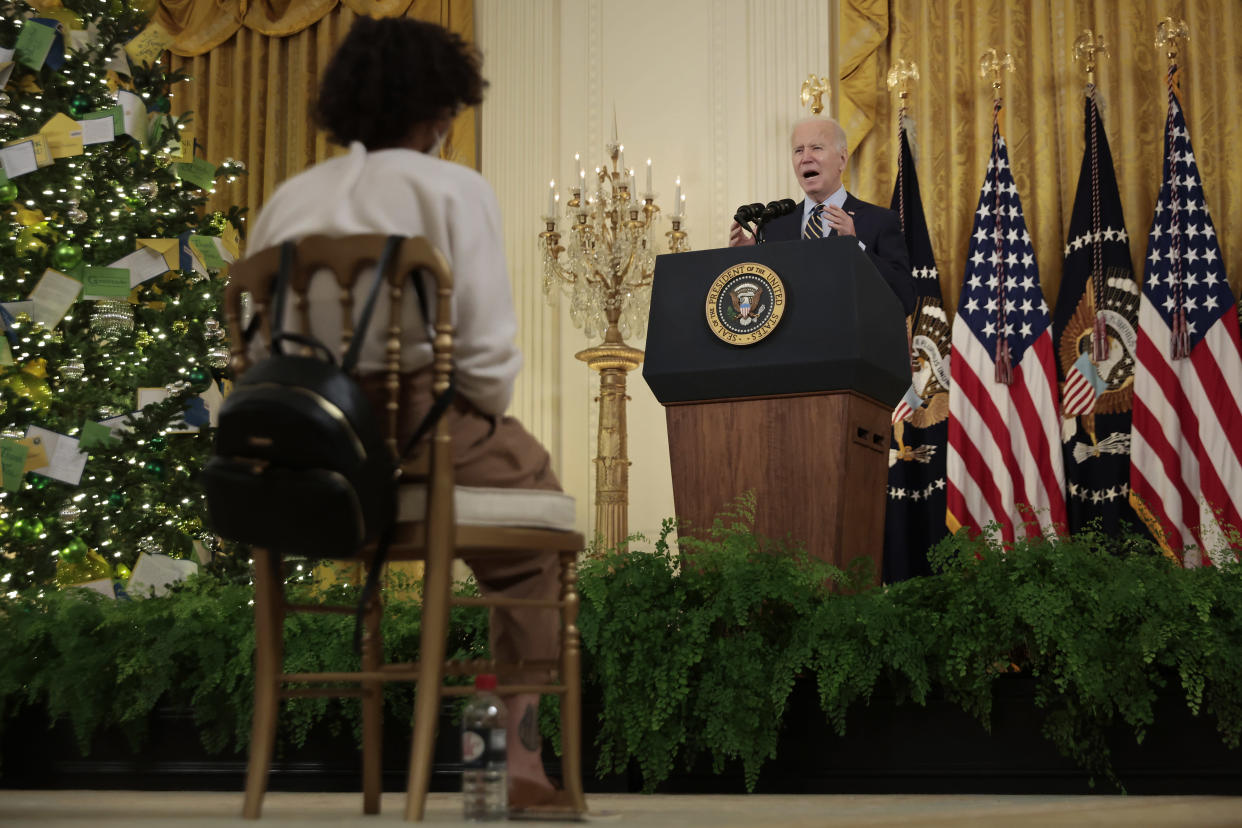 “A lot of the problem is messaging-related,” says Libby Cantrill, head of public policy for investing firm PIMCO. “The debate has centered on the bill’s size and the price tag and not the substance of the package, so people really have very little idea what is actually in the bill. Part of the urgency to pass something is to be able to tell everyone how great it is, because clearly they need to be told, according to the polling.”

Both parties tend to think voters will love their policy priorities, once they go into effect and the benefits rain down. Both parties tend to be wrong about that. Republicans passed major tax cuts in 2017, with no Democratic support, and promised skeptical voters that nearly everybody would end up better off. Voters thanked the GOP by flipping control of the House from Republicans to Democrats in the 2018 midterm elections.

Generous entitlements such as the larger child tax credit Democrats want to make permanent aren’t that popular, either. A July Morning Consult poll found that just 35% of respondents felt such benefits should be permanent, while 52% said they should not be permanent. Again, Democrats are pressing legislation that clearly lacks what you could call a popular mandate. 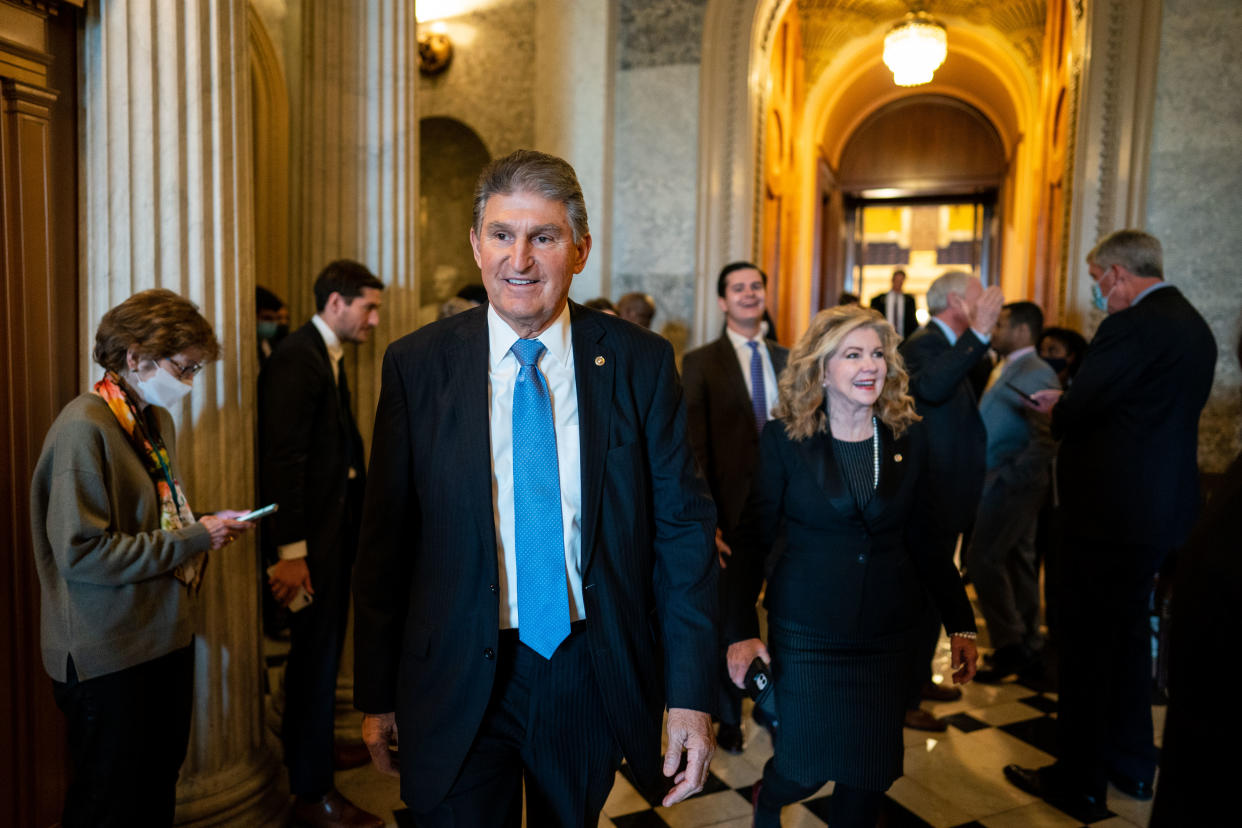 Many Democrats have vilified Democratic Sen. Joe Manchin of West Virginia, who has essentially blocked BBB so far, with objections to its large scope and cost, plus concern that it will worsen escalating inflation. But Manchin is closer to the majority view than most Democrats. Manchin hasn’t said he’ll vote against BBB. But if he doesn’t vote for it, it’s the same thing, since the Democrats’ one-vote majority in the Senate means they need every Democratic senator on board to pass anything.

A compromise here or there could earn Manchin’s vote, and get the BBB legislation to Biden’s desk. But voters will probably continue to have misgivings, no matter what. If inflation cools next year and the economy is solid as the midterm elections approach, attitudes toward BBB might not matter. But if inflation goes up instead of down, or there are other problems, Republicans will blame it on BBB—and voters are likely to buy it. If free money can’t win their votes, there’s not much that can.

Rick Newman is the author of four books, including "Rebounders: How Winners Pivot from Setback to Success.” Follow him on Twitter: @rickjnewman. You can also send confidential tips.

Read the latest financial and business news from Yahoo Finance