A woman has revealed how her mother was bludgeoned to death with a plastic tray by the man she thought of as her father.

Lauren Brown, 23, from Bognor Regis, received a text from her stepfather, Wayne Morris, 47, explaining how he was ‘sorry’ and that she ‘might want to get the police round.’

Panicked Lauren raced over to check on her mother, Ruth Brown, 52, but sadly, she was already dead.

Lauren discovered Morris, who’d been dating her mother for six years, had battered her to death with a tray and fled three days later.

Morris was jailed for life in February this year.

Lauren, a bartender, says: ‘Wayne seemed so good for our family, and I thought of him like a dad. 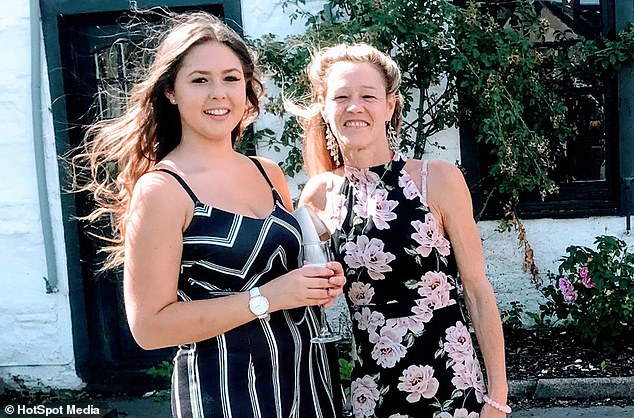 Lauren Brown has revealed how her mother Ruth (pictured together) was bludgeoned to death with a plastic tray by Wayne Morris during lockdown, the man she thought of as her father 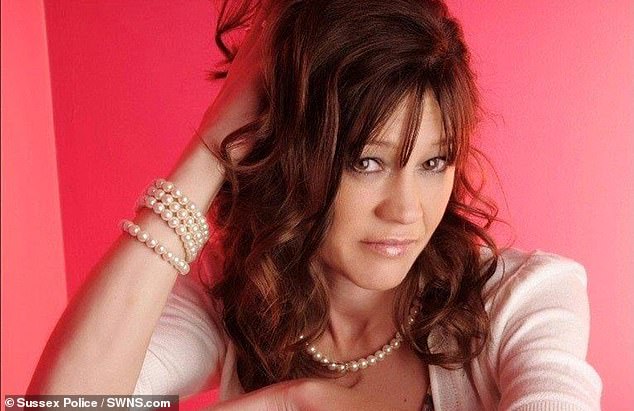 Morris battered mother-of-two Ruth Brown (pictured) to death with the plastic tray in an attack not long after moving in with her, but claimed in court that he had no memory of the assault

‘I still can’t comprehend what he did to my mother. I miss Mum desperately and I am traumatised.’

Growing up, Lauren and her mother were inseparable.

Lauren says: ‘I rarely saw my biological dad so Mum and I were really close and we told each other everything.’

Lauren says: ‘Wayne had been a family friend for years and no-one was surprised when he and Mum became a couple.

‘They always had a spark, and I could see they made each other happy. Over the years, even though Wayne didn’t live with us, he was over nearly every day. 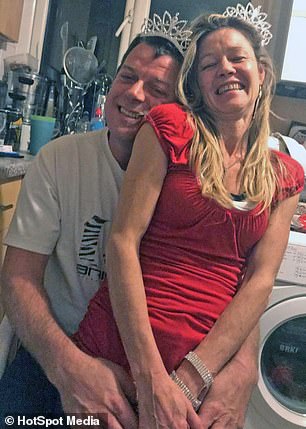 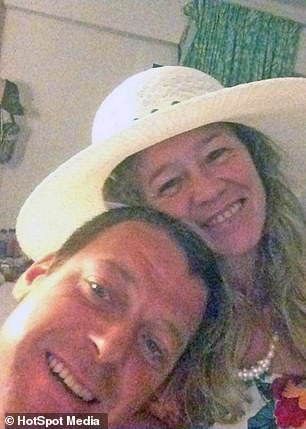 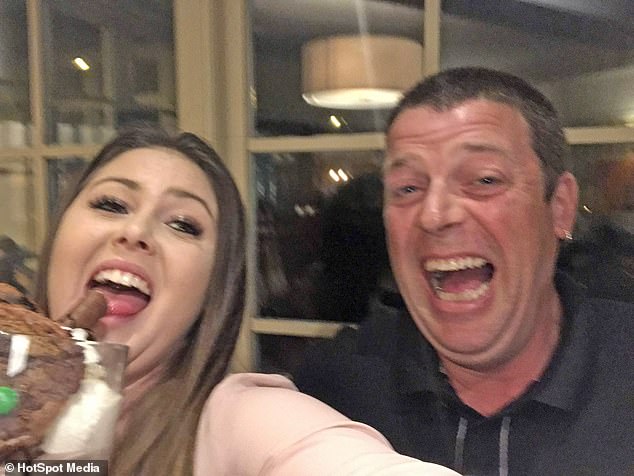 ‘He bought Mum flowers, made her dinner and treated her amazingly.

‘Soon he became a father figure to me and I called him Daddy Morris while he named me Adopted daughter in return.’

A year later, in May 2019, Lauren moved out of the family home to live with him and after that, visited Ruth and Morris often.

But in March 2020, the country went into lockdown due to the Coronavirus pandemic.

Lauren says: ‘My regular visits to Mum and Wayne had to become phone calls. It was hard not seeing them.

‘Later that month, Mum called me and said that Wayne was finally moving in with her because they weren’t allowed to see each other otherwise. 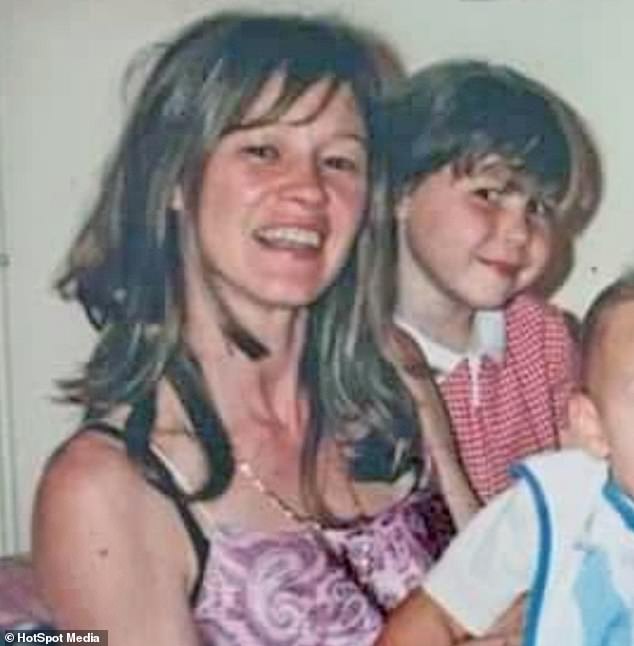 Pictured: Lauren and her mother Ruth with whom she says she was very close growing up

‘It made sense and I was so happy for them.’

But three days later, while Lauren and Sam were at home, Lauren received a text from Morris.

It read: ‘Hi princess, just to say I love you and I always will love you. I’m so sorry, I didn’t mean it. You might want to get the police round to your mum’s as she’s not in a good way..’

Lauren says: ‘I felt sick. I had no idea what could’ve possibly happened.

‘I tried calling Mum and Wayne but there was no answer. 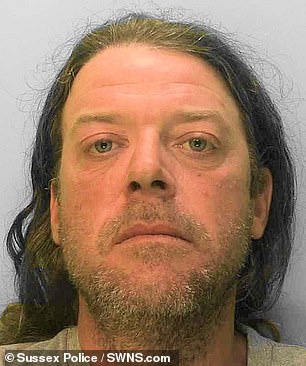 Wayne Morris, 47, had been staying with Ruth, 52, at her home in Bognor Regis, West Sussex, during the first coronavirus shutdown last April

‘Worried, I rushed over and Sam found a hammer in the shed and smashed the bathroom window. We both climbed in.

‘As I screamed for Mum, Sam ran upstairs to her bedroom. Wayne was nowhere to be seen.

‘Suddenly, I heard Sam on the phone to the police saying he’d found a dead body.

‘In shock, I ran out of the house screaming. Sam found me outside and wrapped his arms around me.

The next day, the police tracked Morris down on the Isle of Wight and he was arrested.

In February 2021, during the trial, a post-mortem confirmed Ruth had died from severe and repeated head injuries – caused by a plastic tray, parts of which were found in the kitchen and in a bin outside the house.

After the ferocious attack, Morris had moved Ruth’s body upstairs and tried to clean the kitchen. 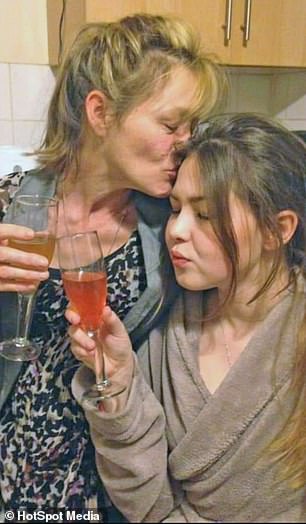 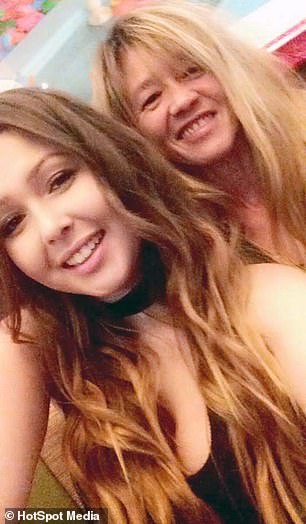 Lauren describes her mother (pictured together with Lauren) as a ‘bubbly, loving person’

During the next two days, he ordered takeaways, drank cider and smoked cannabis in the house.

After he texted Lauren, he fled to the Isle of Wight.

The next week, Wayne Morris, 47, of Bognor Regis was found guilty of one count of murder at Brighton Crown Court.

He was sentenced to life, and must serve at least 17 years.

Lauren says: ‘When Wayne took the stand, he insisted he was drunk and couldn’t remember killing Mum.

‘When I found out what he did to her, I was hysterical. Now, my whole family has to live with his disgusting actions for the rest of our lives.

‘If it weren’t for my family, I don’t know how I would’ve coped.

‘Mum was such a bubbly, loving person and life feels so bleak without her.