Women, 23, who fell 60ft from ferry into freezing sea reveals 'I accepted I was going to die and never be found'

A WOMAN has revealed how she accepted she was going to die and "never be found" after plunging 60ft from a ferry into freezing water.

Jenny Anderson was celebrating graduating from university with a trip from Newcastle to Amsterdam when she toppled overboard. 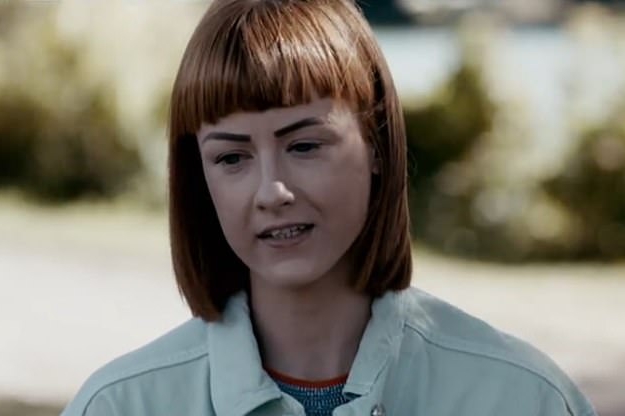 After miraculously surviving the 60ft fall, Jenny was left semi-conscious in the freezing water 20 miles from the Yorkshire Coast.

Opening up about her ordeal on Channel 4's Nightmare Cruises: Going Overboard, she said: "I could just see the lights of the ferry although that disappeared after a while.

"I was on my own and didn’t know whether the ferry would come back and find me. I was definitely afraid for my life.

"I was upset, I was crying, I was shouting, I was screaming. I kept trying to stay above the water and I did get to the point where I had fully accepted: 'This is it, I’m going to die. I will never be found'."

Jenny had been stood on the deck looking out at the sea when she said she found herself in the water with the ferry lights in the distance.

She admitted she "had a drink" before the fall but said there was "no way" she could have survived if she had been drunk.

After 30 minutes alone in the pitch black water, Jenny started to swim towards shore.

She said: "It was about, 'How do I make this OK? I'm not just going to stay here and let it happen. I'll fight to the end.'

"It was almost like pick a direction in the hope that eventually, that becomes shoreline or coast.

"Towards the end I wasn't necessarily swimming, I was just not drowning. It was becoming a real effort to just stay alive."

Thankfully for Jenny, the people she was with alerted the captain after she went overboard and the vessel managed to backtrack to try to find her.

After hearing Jenny in the water, a lifeboat was sent out to rescue her and managed to find her on their final attempt.

Jenny was airlifted to hospital semi-conscious after being in the water for around thirty minutes.

She is now terrified of water – even something as tranquil as a boating lake.