A perfect match! Sasha Farber and Emma Slater opened up about spending time with their Dancing With the Stars costar Sharna Burgess and her boyfriend, Brian Austin Green.

Dancing With the Stars’ Hottest Hookups

“I’m so happy for them. They’re fully in love. I’m so happy that she’s happy. It means so much to me. I think they’re great,” Slater, 32, exclusively told Us Weekly on Friday, July 23, noting that they’ve spent “enough” time with Green, 48, to know he’s a good match for their pal. 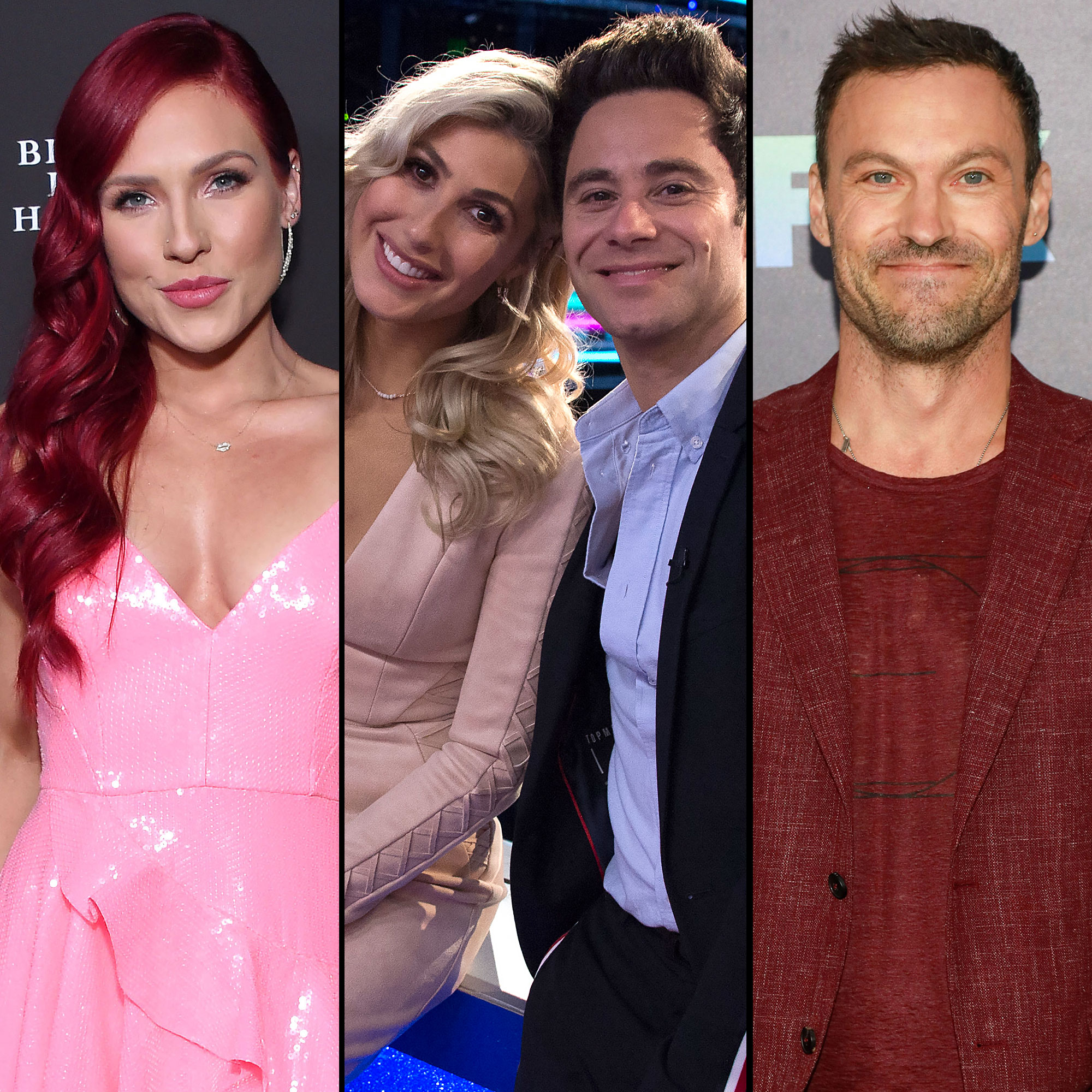 The Mamma Mia! dancer added, “Like we’ve been over to his house [and he was] so gracious. We were there for Sharna’s birthday and it was wonderful. Then they came over here, maybe a couple of months back, and he just fits right in. He’s such a solid guy.”

Farber, 37, who married Slater in 2018, agreed that the actor really managed to make a good impression on them.

“He really is nice. He organized Sharna’s whole surprise birthday. They thought that they were going out for dinner, but we were all already in the driveway. And they come out fully dressed and she’s like, ‘Wait, what?’” he told Us.

Burgess, 36, and Green were first spotted together in December 2020 and then became Instagram official the following month.

“We took our time and we really got to know each other for who we are on the inside. And we really built something beautiful,” the season 27 winner of DWTS told Entertainment Tonight in March about how their relationship grew during the COVID-19 pandemic.

For the couple, the ability to keep their romance quiet until they felt comfortable played a huge role in their strong connection.

“That anonymity, that little secret that was just ours, we kept that for as long as we could,” Burgess explained at the time. “It was a different way of dating. We really took our time. We took four or five dates before we even kissed. It was truly about getting to know the human being, because that’s where we are both at in our lives. I’m not really dating for fun, I’m dating for serious. I want to get to know you on the inside.”

Green, who was previously married to Megan Fox for almost 10 years before calling it quits in May 2020, also gushed about his girlfriend’s impact on his life.

“Sharna is a really amazing considerate, loving, kind person,” the Beverly Hills, 90210 alum said during an Instagram Live in February. “I kind of feel like when you put yourself in a space where you on some level decided that you’re gonna surround yourself with people that help you move forward on a path instead of pulling you back, that they do that.”

Fox, 35, who shares Noah, 8, Bodhi, 7, and Journey, 4, with Green, showed support for her estranged husband’s new relationship on social media after the Anger Management alum shared a photo of him and Burgess at Walt Disney World earlier this month with the caption, “It’s been a really long time since I’ve been with someone I can truly share life with.”

Fox, for her part, replied in the comments section,​​​ “Grateful for Sharna.”

With reporting by Joe Drake