Now a second Eurovision singer tests positive for coronavirus and will not perform live in front of 3,500-strong audience on Saturday

The 2019 Eurovision Song Contest winner Duncan Laurence has tested positive for coronavirus and will be unable to perform live at Saturday’s grand final in Rotterdam.

The Dutch singer is the latest in a series of people to test positive at what is billed as a strictly Covid-controlled environment at Eurovision.

Yesterday it was announced that Iceland’s entrant would miss out on the live final after one of the band members was diagnosed with coronavirus.

A member of Poland’s delegation has also tested positive, meaning both acts will need to rely on pre-recorded performances for the remainder of the competition.

The positive cases are a fresh blow to the contest – which was cancelled last year because of the pandemic. 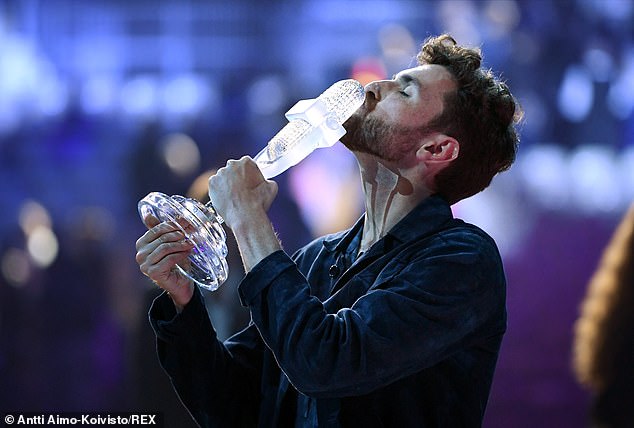 The 2019 Eurovision Song Contest winner Duncan Laurence has tested positive for coronavirus and will be unable to perform live at Saturday’s grand final in Rotterdam. Pictured: Laurence lifts the trophy in Tel Aviv [File photo] 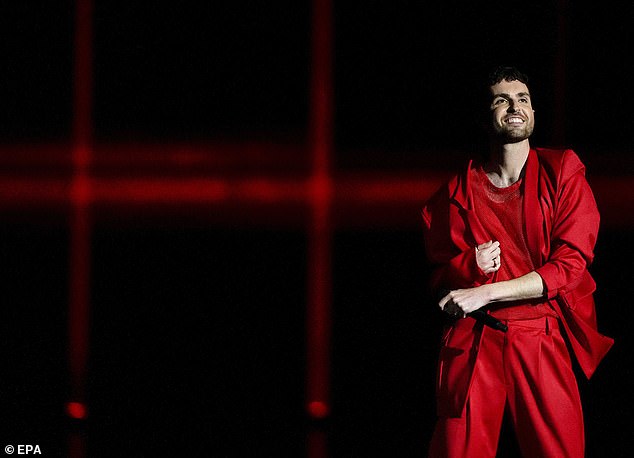 The Dutch singer is the latest in a series of people to test positive at what is meant to be a strictly Covid-controlled environment at Eurovision. Pictured: Laurence during dress rehearsals in Rotterdam

Laurence, who won with the power ballad Arcade in Tel Aviv two years ago, developed ‘mild symptoms’ of Covid-19 on Wednesday after taking part in a dress rehearsal at the Ahoy Arena the previous day, Eurovision said.

‘We are of course disappointed, first of all for Duncan, who deserves a live performance on our very own Eurovision stage after his 2019 victory,’ the contest’s executive producer Sietse Bakker said in a statement.

‘Of course we wish Duncan a speedy recovery!’

Laurence will now ‘feature in the show in a different form,’ the organisers said.

The reigning champion’s management released a statement saying that Laurence was ‘very disappointed’ and had ‘been looking forward to this for two years.’

‘We are very happy that he will still be seen in the final,’ it said.

Icelandic group Dadi & Gagnamagnid are one of the favourites to win the competition.

Singer Jóhann Sigurður Jóhannsson, who tested positive, said he was ‘shocked and disappointed’ after learning the result.

‘I’m generally very sad about the whole situation,’ he said in a video posted to the band’s Instagram account on Wednesday.

‘I’m healthy. It’s difficult because we’ve worked so hard and I really wanted this and it’s been so long in the making. We’re really proud of our rehearsal [performance] and I’m hoping we will make Icelanders proud and make our supporters proud.’

Polish singer Rafal is now quarantining along with the rest of the country’s delegation after a member tested positive. It is not known what this person’s role is within the delegation. 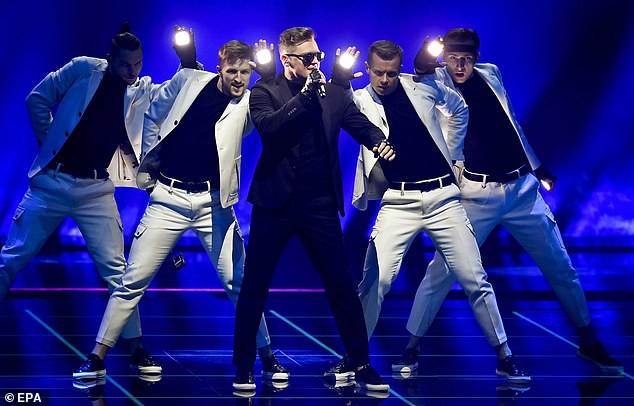 Polish singer Rafal (centre) will also miss performing live at the final after a member tested positive. It is not known what this person’s role is within the delegation

Teams from Romania and Malta missed Sunday’s opening ceremony as a precaution as they had been staying in the same hotel as the Polish delegation.

Eurovision performers are in a ‘bubble’ and everyone in the Eurovision venue must be tested.

Live audiences are being limited to 3,500 per show, around a fifth of the arena’s capacity.

Organisers said so far there had been just 16 positive results out of 24,000 carried out on performers, delegations, crew and press at the stadium since April 6.

‘In most cases, they were from people who hadn’t previously been to the venue, or who hadn’t been there recently.

‘To date, no infections have been conclusively traced back to the venue,’ they said. 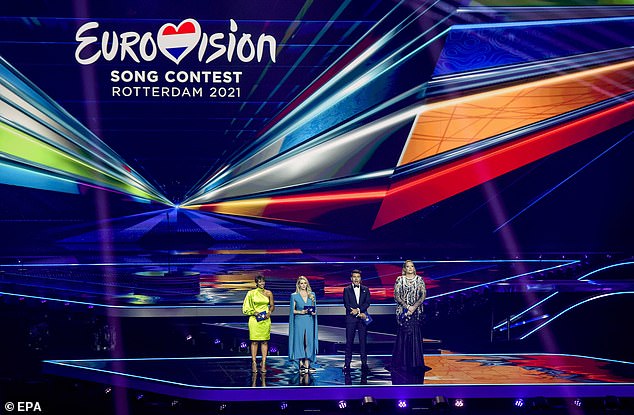